The exhibition «Moscow: Designing the Future”, which takes place in the Museum of Moscow, tells about the most ambitious projects of the Soviet era. If they could be implemented, the capital would be different. 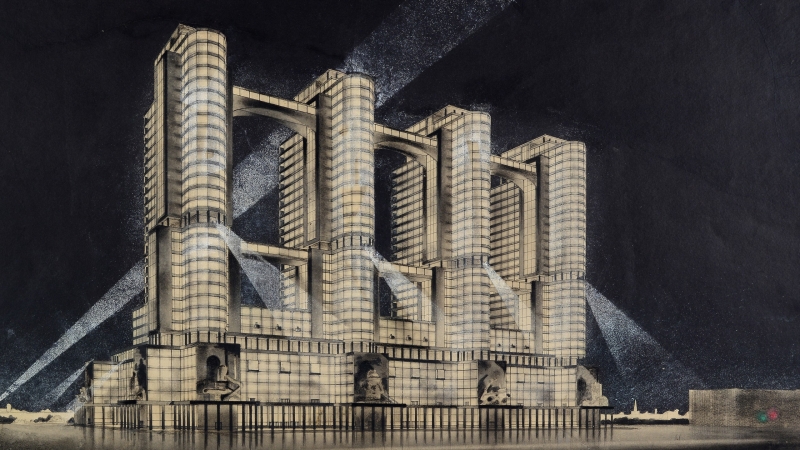 The author of the project is Boris Iofan

The Palace of Soviets was to become the center of the new, Soviet Moscow and the tallest building in the world, symbolizing the victory of socialism. The place was cleared for him by blowing up in 1931 the Cathedral of Christ the Savior, built in honor of the victory over Napoleon.

The competition for the building of the Palace of Soviets on the site of the demolished Cathedral of Christ the Savior became the largest competition of the Soviet Union. The Construction Council approved Boris Iofan’s project, according to which the first skyscraper with a height of 415 meters was to appear in Moscow. The main streets and avenues were oriented to it according to the general plan of 1935. The structure was intended for holding various congresses, but had more symbolic than practical significance. The step-shaped building, in fact, served as a pedestal for the giant figure of Lenin on top.

Due to the outbreak of the Great Patriotic War, the project was frozen, in 1960 the world’s largest outdoor winter pool “Moscow” was opened in the foundation of the Palace of Soviets, which worked until the nineties. After its closure, a temple was rebuilt on this site. 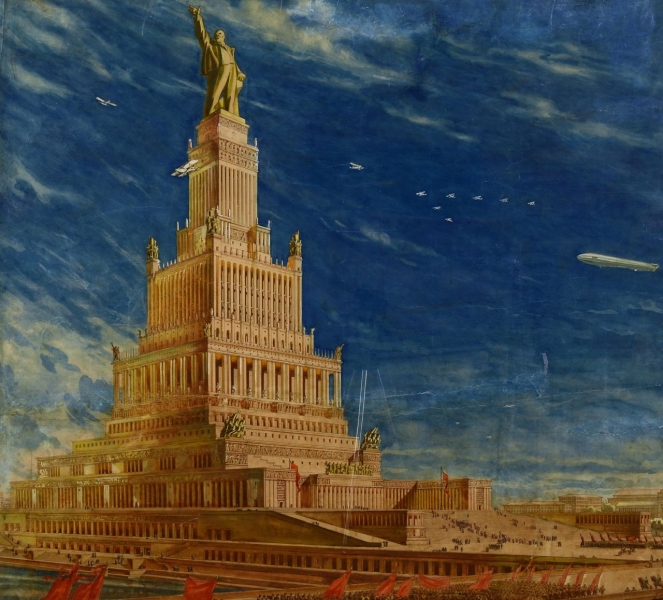 The building of the People’s Commissariat of Industry on Red Square, 1934

The great turning point of 1930 was to be reflected in the appearance of the capital. In the mid-thirties, two tenders were held for the construction of a building in the center of Moscow corresponding to the scale of industrialization. The most famous Soviet architects of that time participated in them: the Vesnin brothers, Ivan Leonidov, Alexey Shchusev, Boris Iofan, Karo Alabyan, Konstantin Melnikov.

According to the plan of the Vesnin brothers, a complex leading a dialogue with the main dominant of that time, the Palace of Soviets, was to appear on the site of the Upper Shopping Malls, that is, GUM. Four towers up to 160 m high, placed on a rectangular stylobate, would longitudinally frame Red Square and build a compositional connection with the Kremlin ensemble. 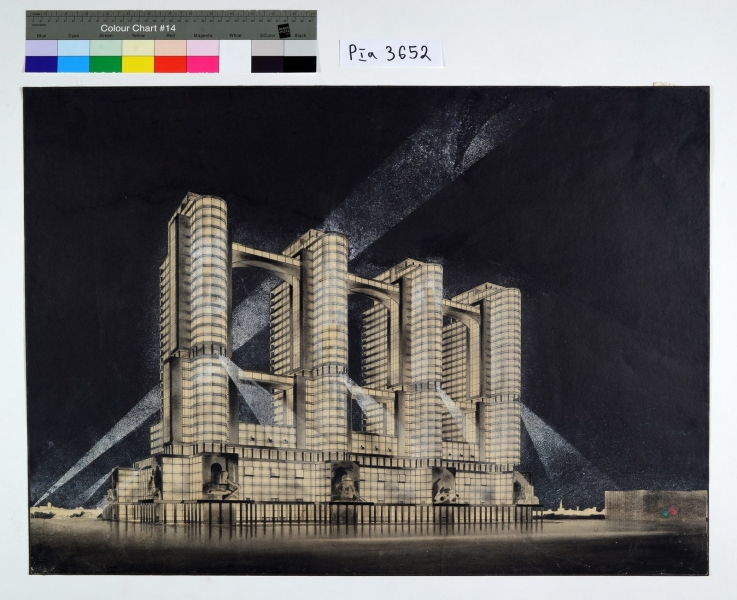 State Academic Cinema of the USSR, 1936

Since Lenin declared cinema to be the most important of the arts, there was nothing left but to build a huge 4,000-seat cinema in the center of Moscow. This plan arose in 1935, in the year of the 15th anniversary of Soviet cinema, a year later the design of the USSR’s Big Cinema began, which was to grow over the lobbies of the metro stations “Sverdlov Square» and «Revolution Square». But it remained on paper – the idea was too grandiose and complicated. 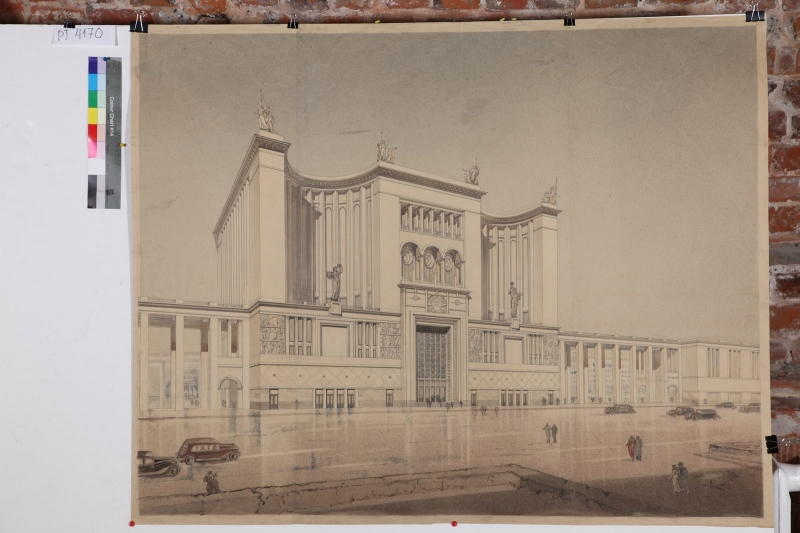 In the fifties, the traffic load on the central streets of the capital began to increase, and builders had to get out of the plane — to dig underground transport tunnels and build overpasses. In 1959, the first tunnel appeared under one of the squares of the Garden Ring, Dorogomilovsky, in 1960 the Mayakovsky tunnel was added to it, and a year later — Novoarbatsky and Oktyabrsky. 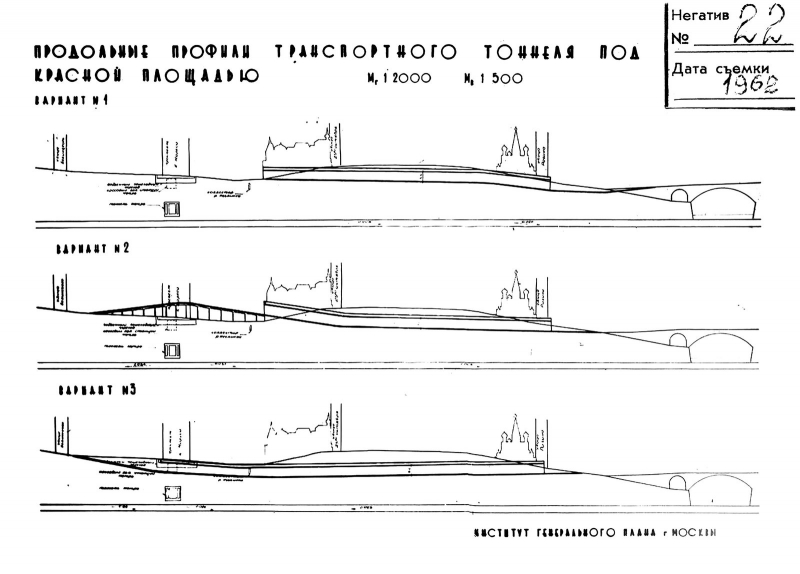 The failed World Exhibition of 1967 in the Warm Camp

In 1960, Nikita Khrushchev, on behalf of the Soviet government, sent an application to the International Exhibition Committee to host the 1967 World Exhibition in Moscow. The idea of celebrating the 50th anniversary of October in this way and showing the achievements of Soviet power to the whole world seemed worthwhile and useful to him, and he saw the exhibition itself as a kind of VDNH. After five rounds of voting, Moscow bypassed Montreal, and in October 1960, a resolution appeared in the newspaper Pravda “On holding the next World Exhibition in Moscow from May 20 to November 20, 1967.»

It was announced to Soviet citizens that the exhibition would be held in the area of the Warm Camp, which had just entered Moscow, and would become the largest in world history — both in terms of territory (500 hectares) and the number of visitors (50 million people).

Nikolai Dudorov, a professional builder and former Minister of Internal Affairs of the USSR, was appointed responsible for the exhibition. After the twentieth Party Congress, the camps subordinate to the Ministry of Internal Affairs of the SSS began to empty, the grandiose construction sites where prisoners worked were closed one by one, and at the beginning of 1960 it was decided to abolish the Ministry itself. So Dudorov got into the organizers of the World Exhibition.

The estimate turned out to be impressive. It was necessary to improve the plot of land allocated for the exhibition, to lay roads and even a subway (in a number of projects, a suspended monorail was proposed as an alternative), to build hotels, restaurants, shops. According to the most conservative estimates, all this should have cost at least a billion rubles. And what to do with all this infrastructure then? The USSR was not ready to receive 50 million Western tourists annually, no one counted on the solvency of the domestic tourist.

As a result, Moscow refused its right to host the World Exhibition. The International Exhibition Committee was surprised: this has never happened in their history. The exhibition was hosted by Montreal, it brought Canada $ 210 million in profit. 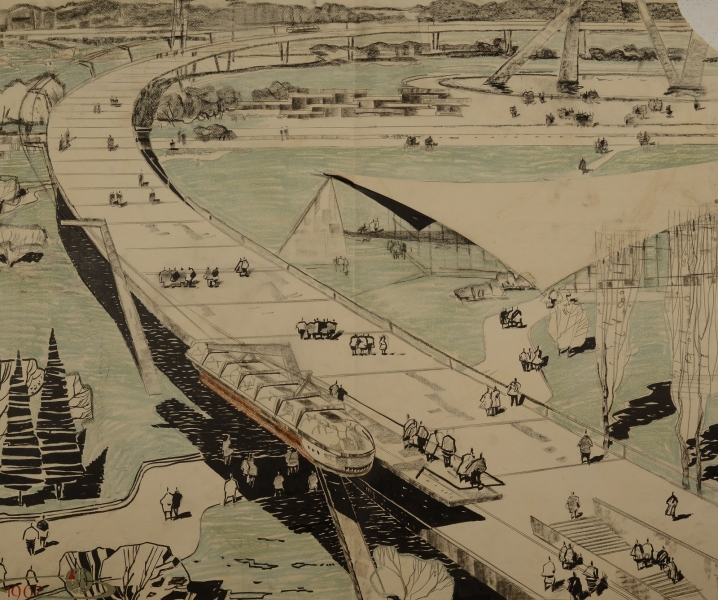