In Japan, the construction of the Tenjin office complex has been completed, which marked the beginning of the transformation of the district into a new business center of Asia.

The Tenjin Business Center became the first OMA-designed office building in Japan. And also the first implemented project within the framework of the Tenjin Big Bang initiative, according to which this area will soon become a new technological city. 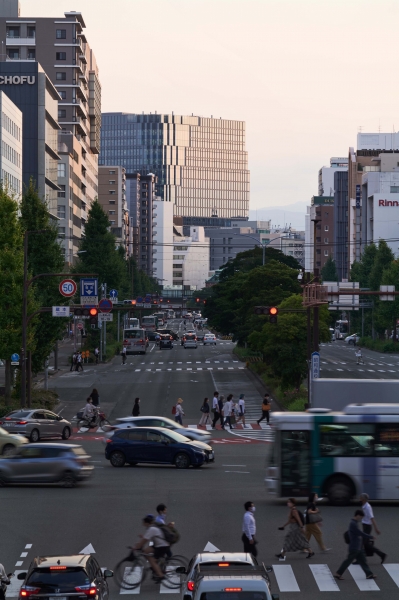 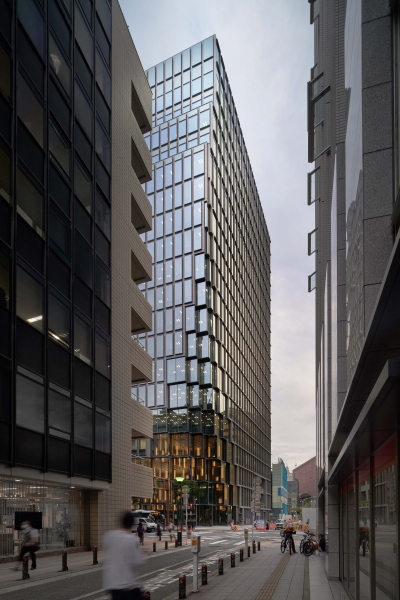 The complex includes many offices, several companies and shops, as well as parking. The glazed facades are made in pixel technique, and the building itself resembles a huge ice cube, which seems to begin to melt from several sides. 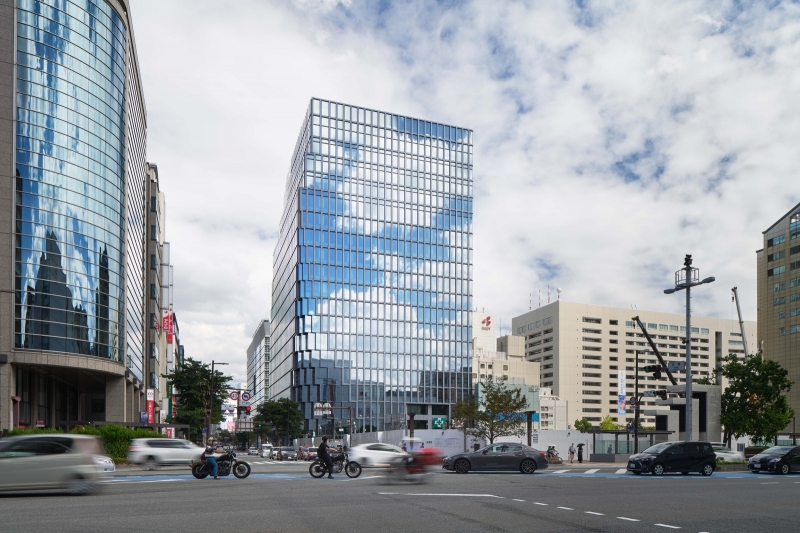 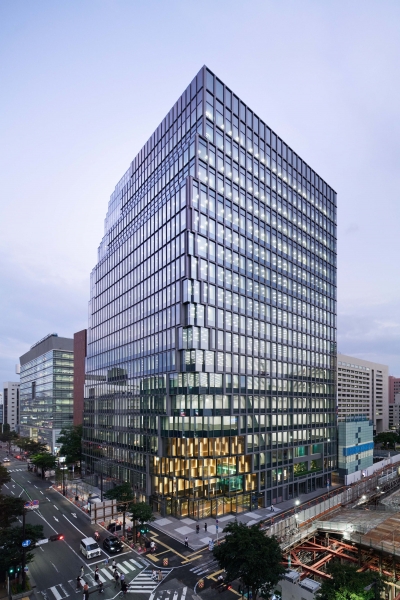 The business center is located at the intersection of two main axes of the city: a large shopping street with offices of financial companies and a pedestrian “corridor” surrounded by cozy cafes. Offices usually look alien in urban spaces, but OMA architects, on the contrary, wanted to make the building part of the environment. To mark the confluence of the two main roads, the bureau “cut” the corner of the building to demonstrate the entire inner life of the center and attract passers-by to the new public space at the entrance. 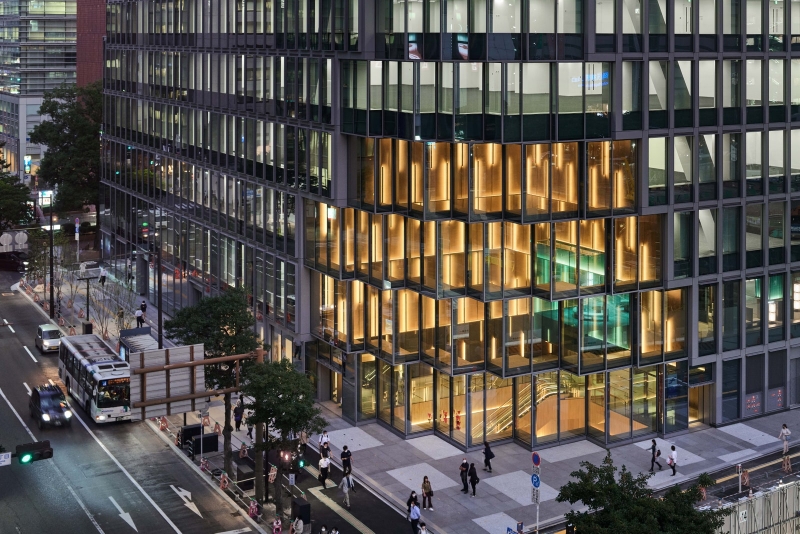 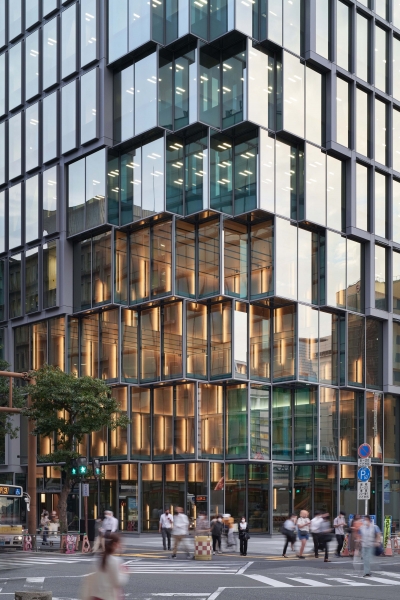 The pixel facade has also created a series of stepped surfaces that are illuminated at night, enhancing the impression. As for the urban nature, OMA symbolically reflected the panoramic views of the Naka River and Hakata Bay here. 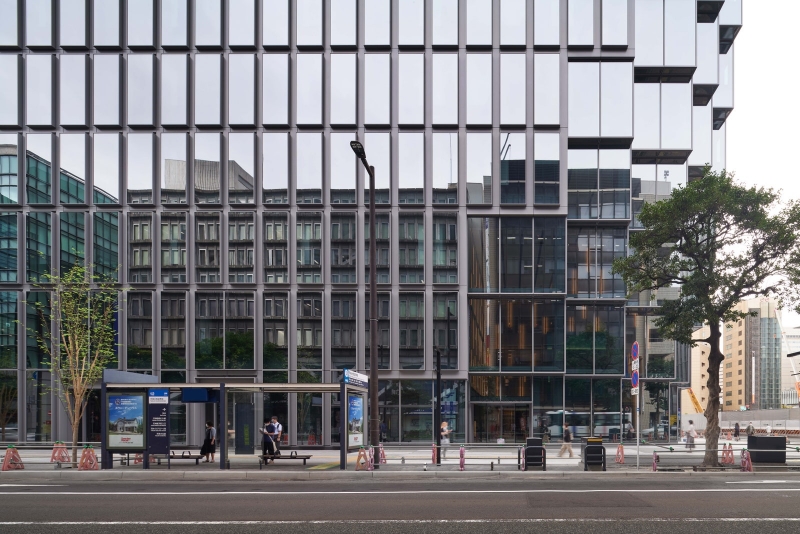 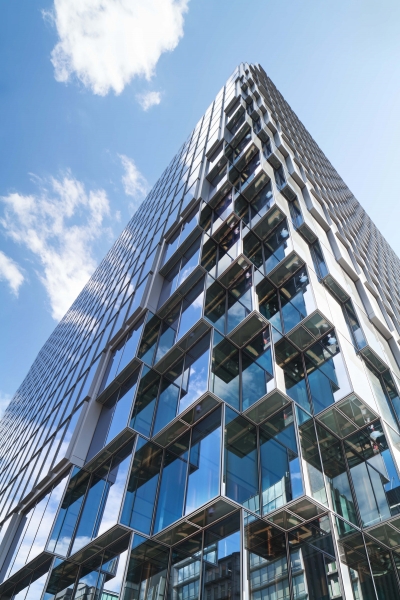 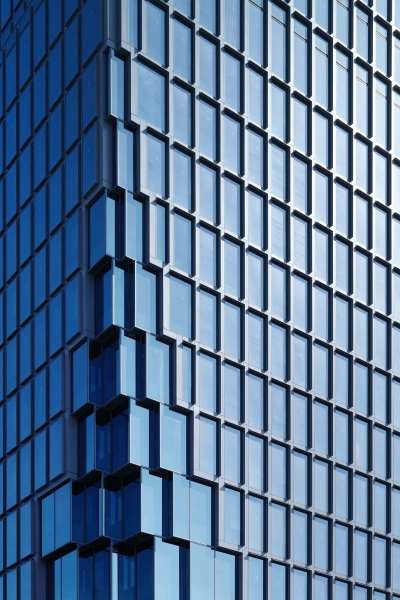 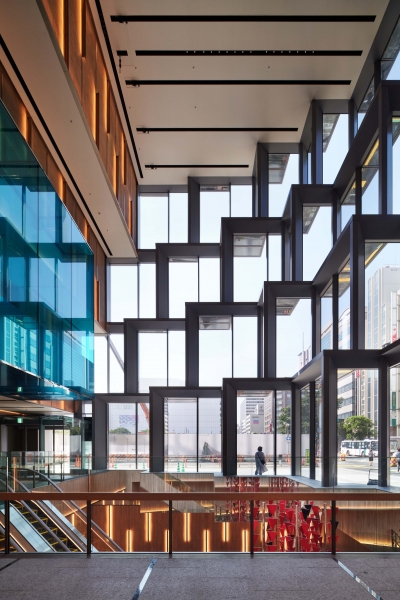 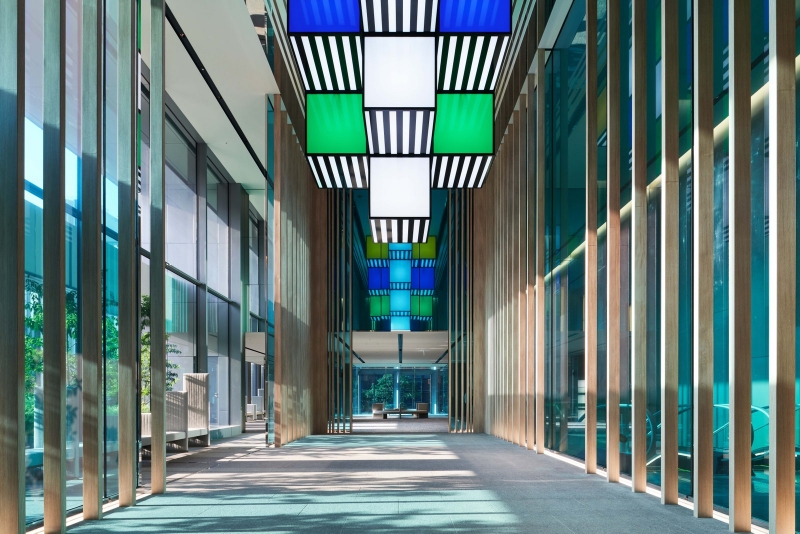