Without Alexey Shchusev, there would be no museum of architecture in Moscow, nor the impressive building of the Kazan Railway Station. Even Red Square would be completely different. We tell you about the contribution Shchusev made to the formation of the city. 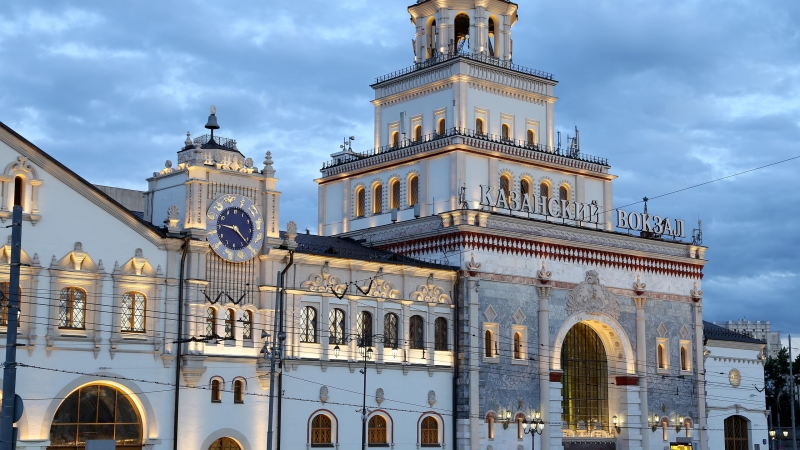 Alexey Shchusev was born on October 8, 1873 in Chisinau. And he went to St. Petersburg to get an education — at the Higher Art School at the Imperial Academy of Arts, he studied with Benois and Repin. 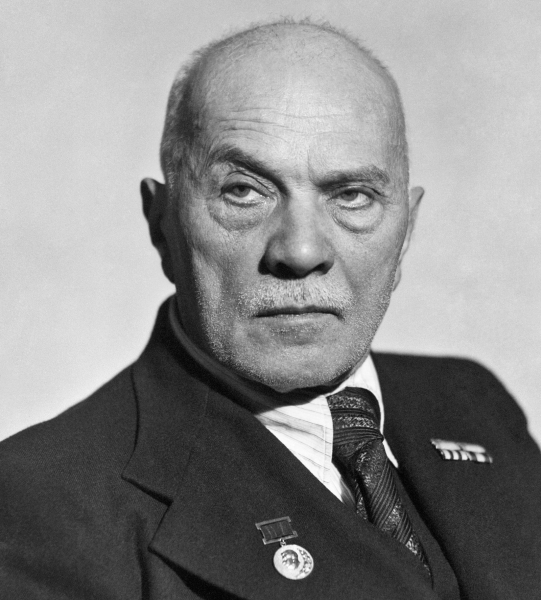 Shchusev completed his first project while still a student: in 1895, he learned from a newspaper about the death of General Shubin-Pozdeyev and, without recommendations, came to the widow with a ready-made sketch of the tombstone, having managed to convince her to give the order to him. So, according to his drawings, a square chapel under a tent was built in the cemetery of the Alexander Nevsky Lavra.

Shchusev graduated from the Academy brilliantly: for his thesis, he received not only a medal, but also a trip abroad. As part of a scientific archaeological expedition, the graduate went to Central Asia to explore two ancient monuments of Samarkand — the tomb of Tamerlane and the cathedral mosque of Bibi Khanum. Impressions from this trip influenced the further work of the architect. 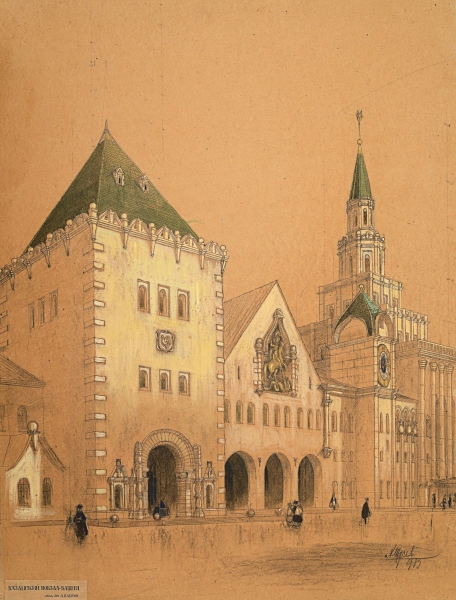 In the workshop at the Holy Synod, he began designing iconostases and churches. And also engaged in the restoration of temples in ruins. In 1910, he even received the title of academician for the developed method of restoration. Because Shchusev approached the restoration issues from a scientific point of view — he carefully measured and calculated everything, used not only the remains of the walls of the former building, but also fragments of its floors, which he extracted during excavations.

The projects of the Church of Sergius of Radonezh on Kulikovo Field and the church in the name of the Intercession of the Most Holy Theotokos, which still stands on Bolshaya Ordynka, brought Shchusev fame. 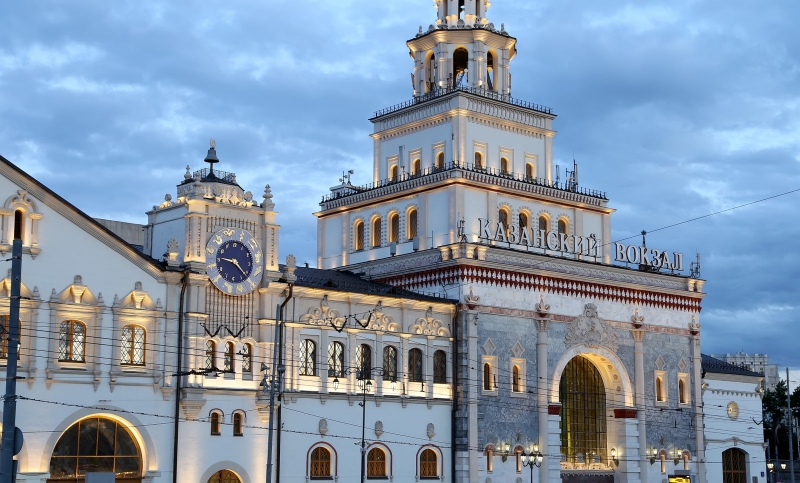 The next major order was the Kazan railway Station, for the construction of which a fabulous sum was allocated — 3 million gold rubles. He competed with Shechtel in the design competition, but still in 1911 it was Shchusev who was approved as the chief architect.

After the October Revolution, arrests and confiscations began in the country, many representatives of the Russian aristocracy emigrated. But Shchusev remained, despite the fact that the new government closed the Martha and Mary Monastery (which houses the church in the name of the Intercession of the Most Holy Theotokos), and also froze the construction of the station.

Moreover, he was among the most sought-after architects and in 1918 began developing the master plans of the “New Moscow». According to his idea, the entire historical center of the city, the asymmetry of the streets should be preserved. Private gardens were to be turned into parks and public spaces. And he wanted to move all government offices from the Kremlin to Leningradsky Prospekt in order to open a museum in the Kremlin. 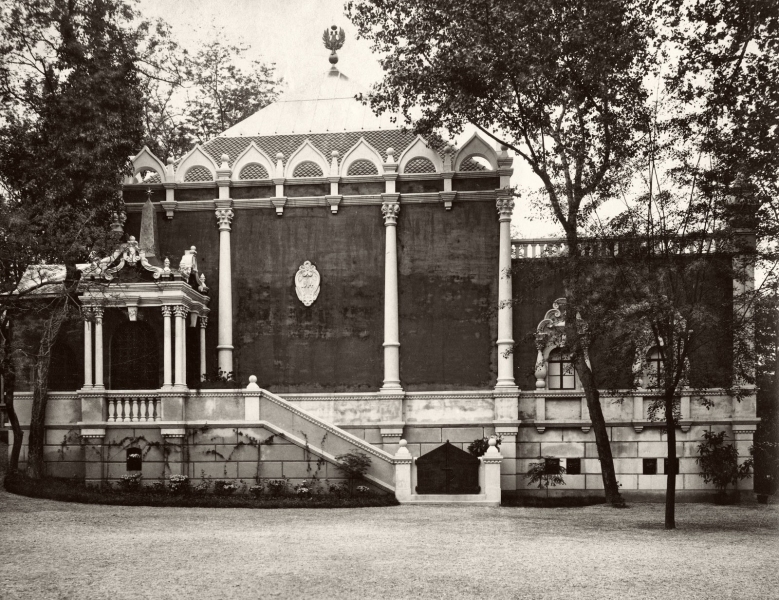 The Pavilion of Russia in 1914. Photos from a private collection.

His plan was aimed at creating a garden city and was very different from the “Stalinist” general plan for the reconstruction of the capital in 1935. Shchusev’s project was not developed in 1923, although it was thoroughly developed. The authorities were dissatisfied with him, and the architect was threatened with repression. But they were prevented by Lenin’s death on January 21, 1924.

The Presidium of the Central Executive Committee of the USSR planned to bury the leader at the Kremlin Wall, and build a crypt accessible to the public over the grave. On the night of January 23-24, Shchusev was summoned to the Kremlin with the task of urgently building a temporary mausoleum. The architect managed to build it in just four days. However, he did not stand for long. In the same year, a second temporary mausoleum made of wood was built there, and already in 1930 — a permanent one, made of reinforced concrete, granite and labradorite.

The mausoleum project did not just save Shchusev from repression, it opened all the roads for him — the recognized chief architect of the Country of the Soviets could now afford a lot. He defiantly did not join the CPSU, openly helped distressed aristocrats, architects and engineers. And in the 1930s he headed one of the most famous architectural workshops in Moscow, within the walls of which projects of many famous buildings were born.

Looking at Shchusev’s projects, it’s hard to believe that it was created by one person, they were so different. But Shchusev was an architect of the Art Nouveau era, so he was masterfully able to work with different styles and did it convincingly and organically.

In 1913, construction of a new ensemble designed by Shchusev began on the site of the one-story old railway station. Work on the project lasted until 1940 with interruptions for the revolution and the Civil War. Not everything that the architect had planned was realized, but still the complex was striking in its scope.

Symmetry was deliberately broken in the complex composition, because the architect tried to organically link the station with the already built city buildings. The buildings differed in height and shape, and it seemed as if the ensemble had been formed over the centuries and built by different authors.

Shchusev thought everything through to the smallest detail, even made sketches for the design of the restaurant hall himself. Subsequently, he attracted artists such as Repin, Serebryakova, Benois, Lancere to work. Their sketches were approved by the board of the road, but because of the war and revolution, they were never implemented. But to this day, lamps designed by Shchusev and stucco have been preserved in the halls.

The Pavilion of Russia at the International Art Exhibition in Venice

This year, at the Venice Architecture Biennale, the result of the restoration of the pavilion of Russia, which was built in 1914 according to the project of Alexey Shchusev, was presented. For more than a century it has been the home of Russian culture. And during this time, the building has changed a lot: for example, after the Second World War, its facade was repainted from green to ochre, and some of the windows and doors were completely blocked. But within the framework of the Open project! the architects returned the original color to the pavilion, because, according to Shchusev’s idea, it was supposed to merge with the environment. And also made the structure “more transparent”, as the project assumed a strong connection between the building and the landscapes — beautiful views of the Venetian Lagoon opened from every corner of the exhibition space. 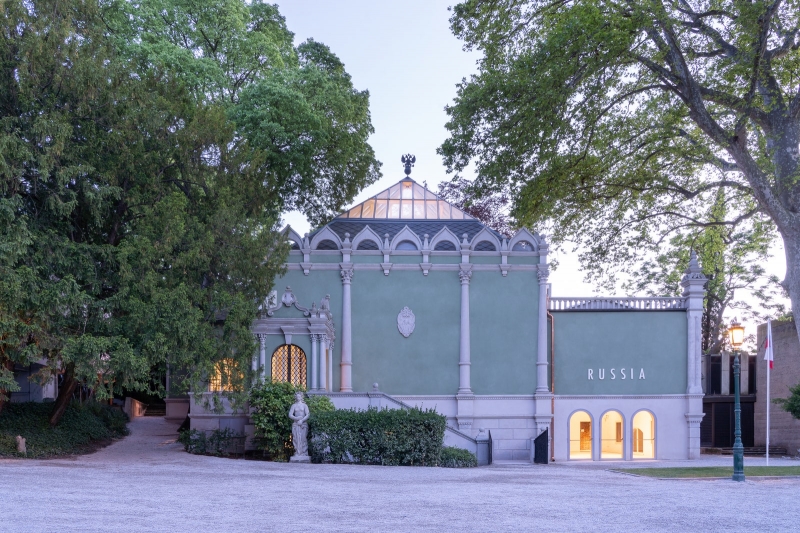 In 1924, the first wooden mausoleum was built according to Shchusev’s project. Why was he appointed architect, despite the fact that his Moscow plan was criticized earlier? Because there were not so many outstanding architects in the country at that time, and Shechtel worked for people who were opponents of the Soviet government. In addition, Shchusev had excellent organizational skills and knew how to work on a construction site. Therefore, in just four days he managed to find people, materials and managed to build a wooden mausoleum to say goodbye to the Lenins. It did not last long, and in the same year it was replaced by a second wooden structure, but more monumental. 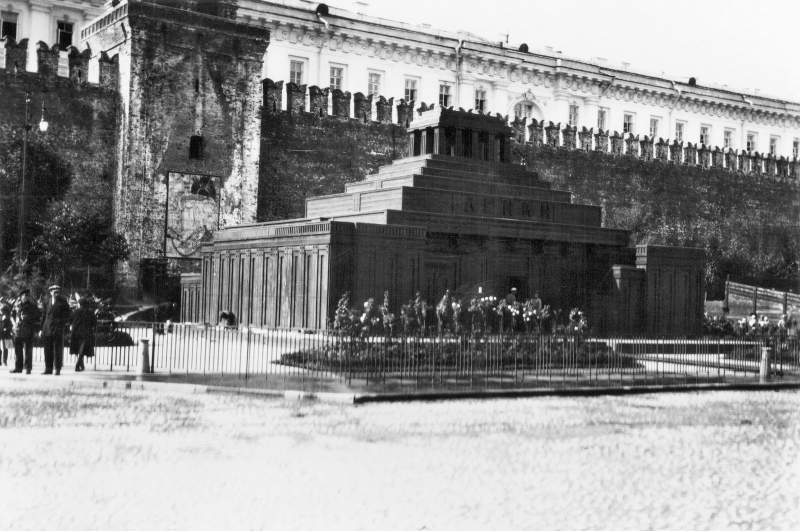 After a while, he won a competition for the design of a permanent stone mausoleum. And whatever the attitude towards Lenin, the work was brilliant. Firstly, the structure emphasized the horizontal of the Red Square. Secondly, because of the red color, it did not break the harmony, but merged with the wall. Thirdly, the mausoleum was built in the form of a tribune — the main attribute of Soviet power. 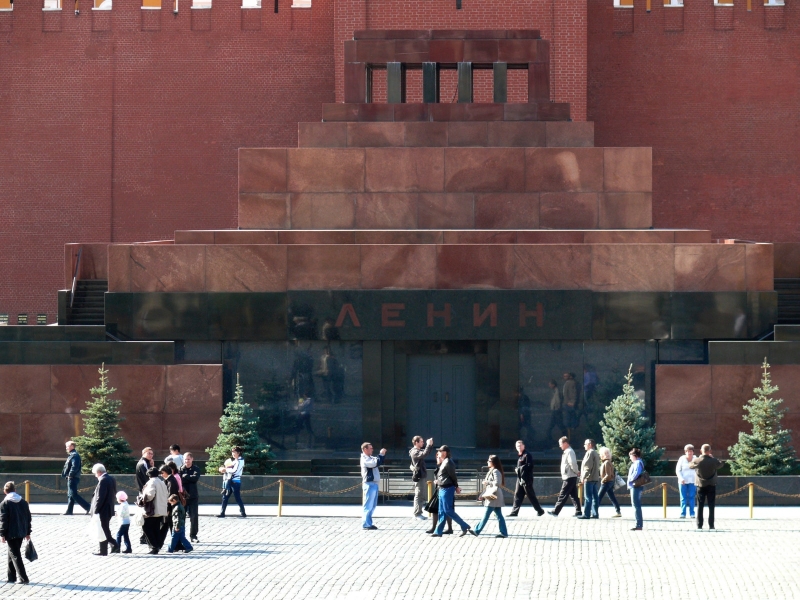 The building of the People’s Commissariat of Land occupies the area of an entire block and is one of the largest and most significant buildings in Moscow in terms of urban planning. Moreover, it retained its leadership even after the completion of the construction of the administrative building of the Centrosoyuz designed by Le Corbusier. The authors of the Narkomzem project were the architects of the Shchusev workshop, in which Bulgakov, a Frenchman, co-author of the Lenin Mausoleum project, Yakovlev, author of the Maryinsky Mostorg building, Kornfeld, author of the Gorbunov Recreation Center and the Rodina cinema, as well as Greenberg, who built the famous opera house in Novosibirsk, worked.

The structure consists of three buildings built around a trapezoidal courtyard. One side of the building faces Sadovaya-Spasskaya, the corner at the intersection with Orlikov Lane is highlighted by a semi-cylindrical risalite (the part slightly protruding beyond the main line of the facade), and the corner with Akademika Sakharova Avenue is highlighted by the rounding of the walls, above which smooth edges of a rectangular volume appear at the level of the seventh-eighth floors. The architects applied many technological innovations in the building (for example, continuous elevators). Unfortunately, windows and interiors were replaced during operation, and the original decoration was preserved only in the assembly hall. 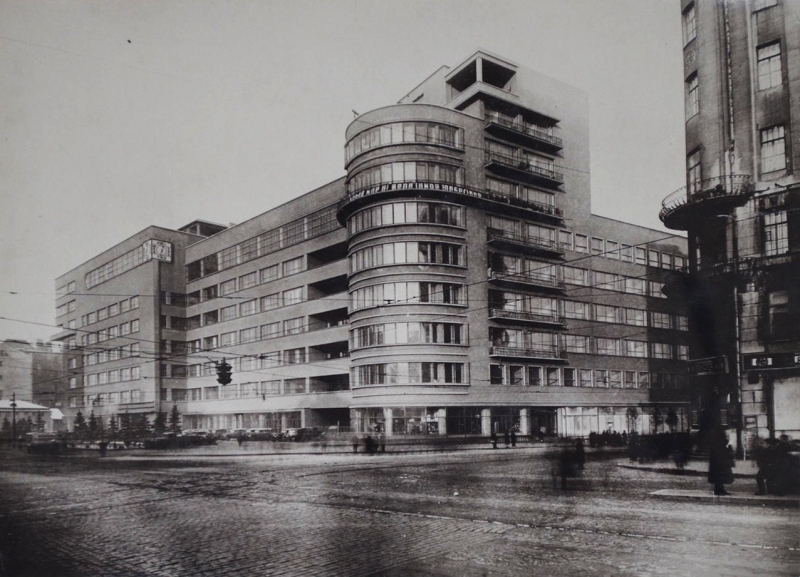 Photo: pastvu.com ; from the archives of the A.V. Shchusev State Museum of Architecture.

The authorship of the hotel “Moscow» is often attributed to Shchusev, but it was a project of Savelyev and Stapran. However, their concept (first — a constructivist building, and then — reflecting the transitional style from constructivism to Art Deco) did not like government officials and Shchusev was appointed as a co-author. The architect slightly redesigned the project and added decor in the form of a six-story eight-column portico, arcades in the center of the main facade, turrets at the corners of the building. 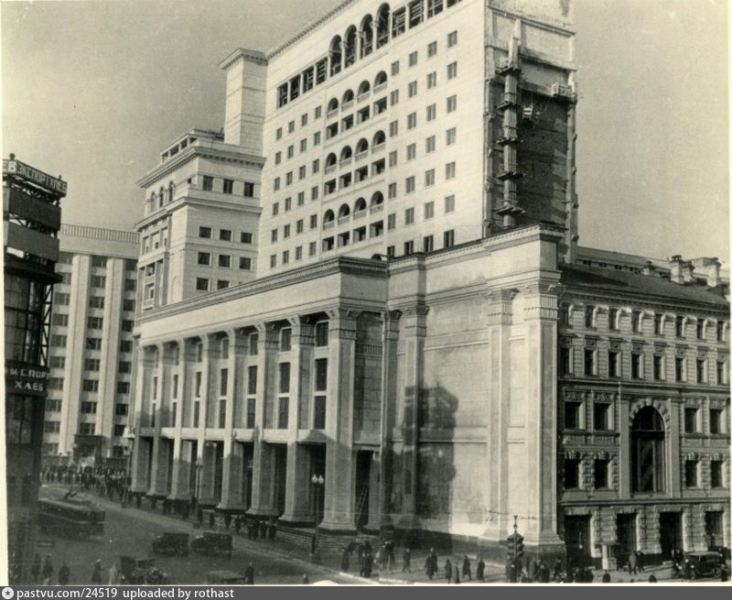 The hotel complex was dismantled in 2004, and a new building was erected in its place, which reproduced the forms of the old hotel.

Similarly, Shchusev is credited with the authorship of the Komsomolskaya ring station, but he came to this project at the last stage, so by and large it was not his work. In addition, the construction was completed after his death.

Shchusev also reconstructed the NKVD house on Lubyanka Square, designed residential buildings, and was engaged in the restoration of cities destroyed during the Great Patriotic War (Istra, Veliky Novgorod, Tuapse, Chisinau), but his monument was the Museum of Architecture, for the opening of which he fought, because he had an impressive archive of the heritage of Russian architecture.

In the post-war months, Alexey Shchusev conducted a public campaign about the importance of an open museum of architecture, and in 1945 Molotov issued a decree on the establishment of the Republican Museum of Russian Architecture. The institution was decided to be located in the Talyzins’ estate, built in the XVIII century according to the project of Matvey Kazakov. The building was restored according to Shchusev’s project: his team reconstructed the facade and internal ceilings, and restored ornaments in the ancient Egyptian style in the lobby.

Together with the museum staff, we released the podcast “Walls have Ears”, in which we talked not only about Shchusev, but also about architectural styles, epochs and phenomena. You can listen to it on all available platforms: