It is possible to list Lisitsky’s achievements for a long time. He was an architect, an artist, an outstanding engineer, and even an inventor. He invented prunes and greatly influenced the architecture and design of the XX century. 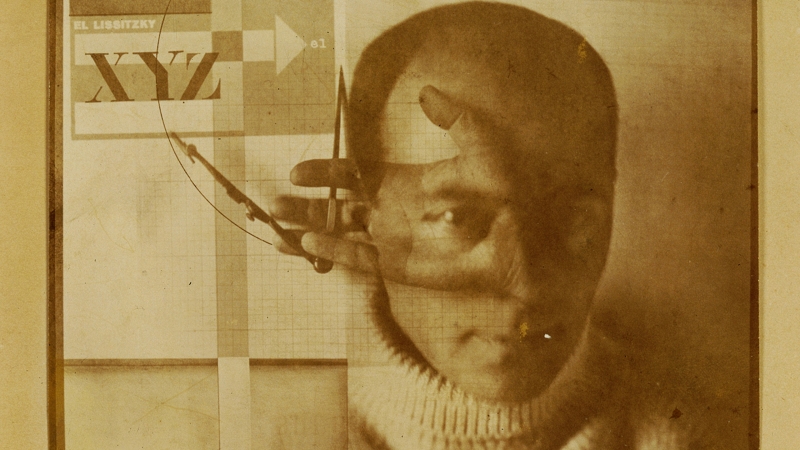 Lazar Markovich Lisitsky was born in 1890 in the town of Pochinok, Smolensk province. But he went to Germany to study, because he was not accepted to the St. Petersburg Academy of Arts — according to the laws of that time, the proportion of Jews in the educational institution could not exceed three percent.

In Darmstadt, Lisitsky studied architecture at the Faculty of the Higher Polytechnic Institute. And after graduation, he went on a trip to explore the monuments of Jewish art, since its origin was important to him.

Due to the outbreak of the First World War, Lisitsky was forced to hastily return to his homeland. In order to be able to engage in professional activity in Russia, he entered the Riga Polytechnic Institute as an external student, evacuated to Moscow during the war. In parallel, he got a job as an assistant to the architect Roman Klein and managed to participate in the design of the Egyptian Hall in the Pushkin Museum. 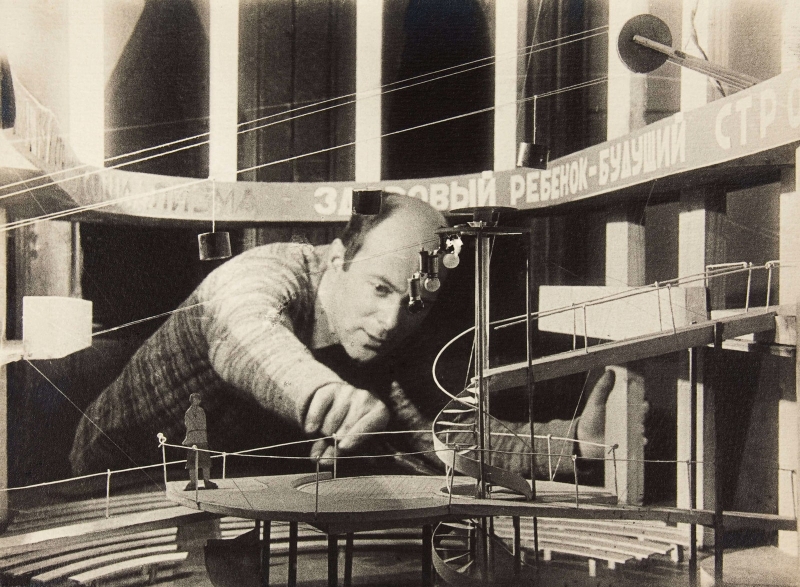 El Lisitsky is working on the set design of the play by Sergei Tretyakov “I want a baby» at the Meyerhold Theater, 1929.

In 1916, Lisitsky joined the Jewish Society for the Encouragement of the Arts. The task of the participants was to modernize the Eastern European Jewish community, to transform it from a religious group into a modern nation. Therefore, they needed modern art, which Lisitsky and other young artists undertook to create.

In 1917, Lisitsky began to develop a career as a graphic artist. First he illustrated books published in Yiddish, the Hebrew language of the German group, then using traditional Jewish folk symbols he created a stamp for the Kiev publishing house «Yiddish Folk-farlag».

In 1919, Chagall, with whom Lisitsky was friends, invited him and Kazimir Malevich to teach classes at the newly opened Vitebsk National Art School. However, over time he abandoned the Chagall principles and turned to suprematism. It was during this period that El created his prouns, which are called axonometric images or «non-objective painting». These are abstract geometric compositions that could exist both in two-dimensional and three-dimensional form. The abbreviation itself stands for «New Approval Project». “This is an artistic text that leaves room for many readings and continuations”» 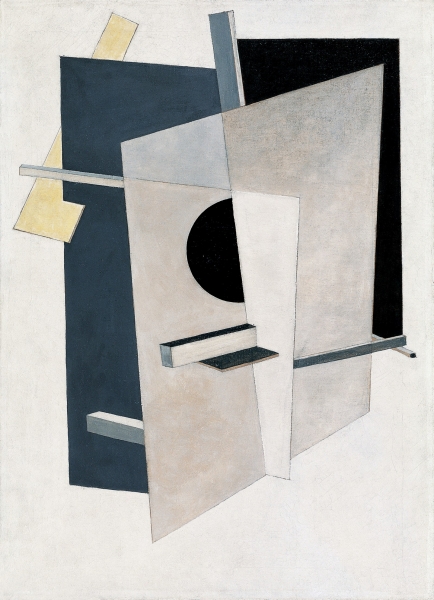 The Prouns were developing: they ceased to resemble architectural drawings, circles, sharp corners, stars appeared in them. Malevich himself admitted that they had grown from a supremacist experiment into an independent phenomenon. And it became the cause of disagreements between the artists. In 1921, El Lisitsky left Vitebsk for Germany, but the friendship still continued, and already abroad El began to promote Malevich’s art.

In 1921, Lisitsky was appointed cultural envoy of the Soviet Union to Germany. For five years he lived and worked in the West, becoming a kind of link between Soviet and German artists.

In Europe, El joined the De Style association, whose goal was to create an ultimatum style capable of meeting the needs of architecture, graphic and object design, fashion and art. The key to this universal visual language was to be abstraction— an artistic technique that Mondrian studied and practiced. The association also included the architect Gerrit Rietveld, who built the famous Schroeder house in Utrecht, which, by the way, resembles a huge proun. In 1925, Lisitsky returned to Moscow and began teaching at VKhUTEMAS.

Many people know Lisitsky exclusively by his minimalistic posters. He abandoned complex handwritten patterns and created graphics in an emphatically simplified and geometric style. One of the most famous works is the propaganda poster «Beat the whites with a red wedge!», released in 1920. On it, a red triangle symbolizing the Red Army is wedged into a white circle, crushing the defense of the anti-communist and imperialist forces of the White Army. 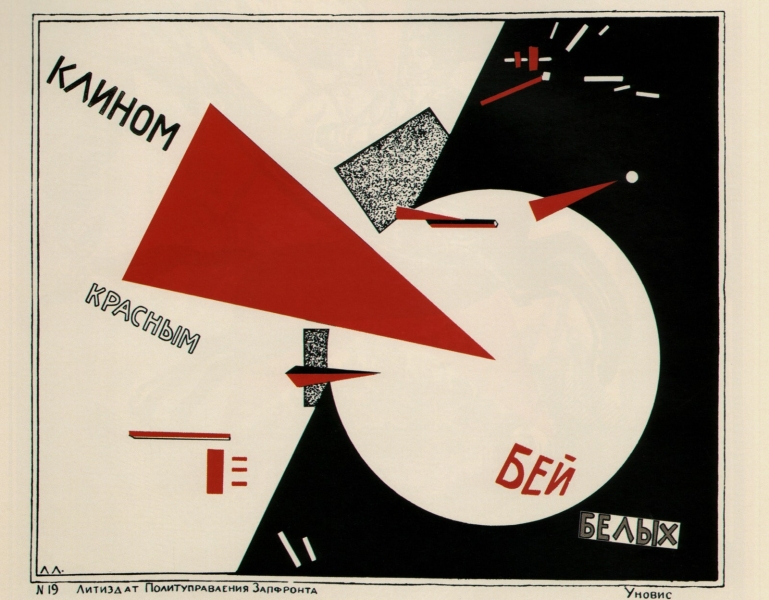 Other legendary works are the book «A Suprematist Tale about two Squares», published in 1922, and a collection of poems by Vladimir Mayakovsky, designed by Lisitsky in the form of a telephone directory (a ladder-register on the edge allowed you to quickly find the right poem by name). 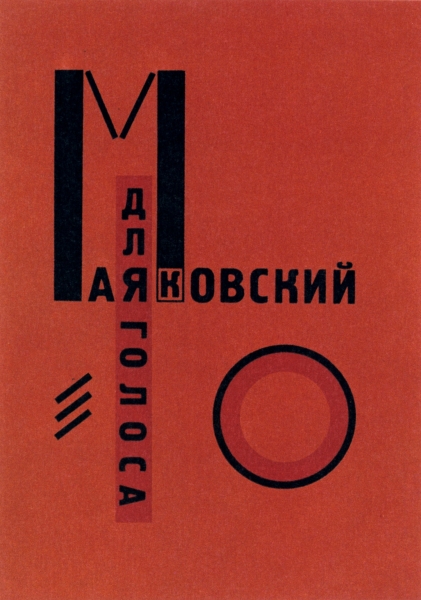 In addition, the pages of the collection were decorated with red and black supremacist drawings, and on the first page there was a circle with a triangle, a circle, a square and the letters L, Y and B inside — the initials of Mayakovsky’s beloved Lily Yurievna Brik. When reading the letters in a circle counterclockwise, the word “love» turned out.

As an architectural engineer by education, Lisitsky sought to give suprematism volume and transfer it from paper to reality. He wanted to develop a functional city of the future, for which he came up with a project of a «horizontal skyscraper» with the maximum possible usable area with a minimum of supports. However, the project remained unrealized, which is why Lisitsky was even called a «paper architect»: of all his projects, only one was implemented — the Ogonka printing house. 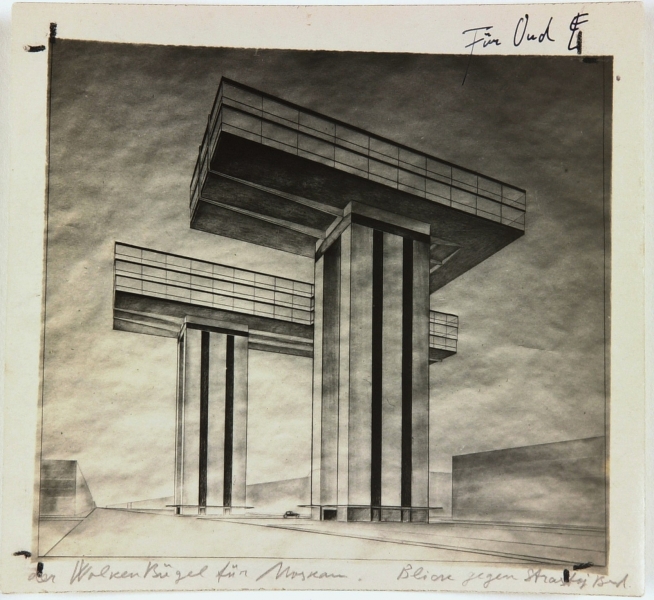 The project of a skyscraper on Strastnoy Boulevard in Moscow, 1925. 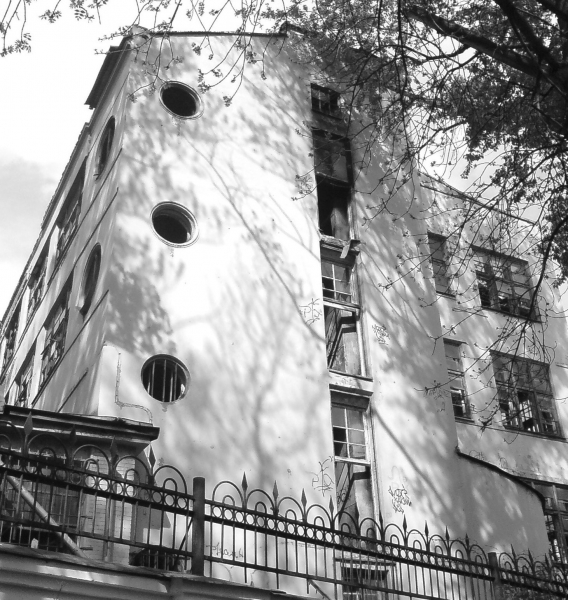 The printing house of the magazine «Ogonyok» in the 1st Samotechny lane. Lazar Lisitsky received an order for a printing house project from the magazine’s management in 1930. By 1932, the avant-garde building had already been erected, but in 1938 the building was taken over by the NKVD and currently belongs to the FSB. Photo: Sergei Dorokhovsky.

In the 1920s, El immersed himself in the design of exhibitions. In May 1923, he worked on the design of an art exhibition in Amsterdam, for which he created a series of sketches called «The Proune Space». He replaced the drawings with their enlarged three-dimensional models made of plywood. And I also treated the walls with a special paint, the shade of which varied depending on the viewing angle. Thanks to this, it seemed to the spectators who passed by that the walls were constantly changing color. 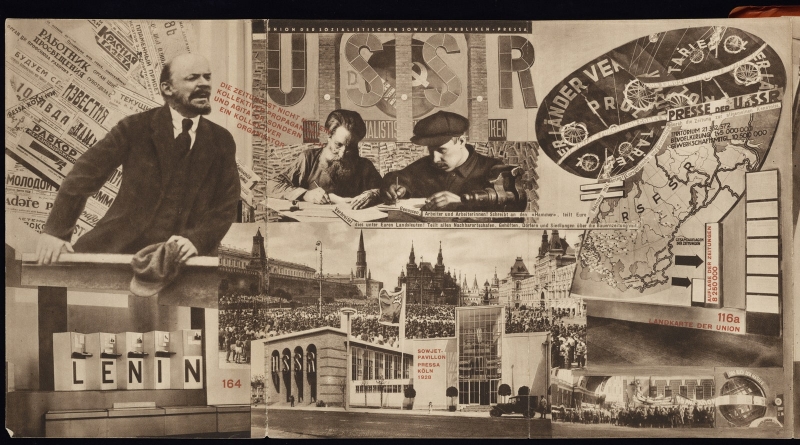 the USSR. Catalogue of the Soviet pavilion at the International Press Exhibition, Cologne, 1928.

In July of the same year, the artist mounted a large conceptual installation at the Great Berlin Exhibition, where he was provided with a separate room. Lisitsky placed enlarged models of plywood runners around the hall in such a way that they set the direction and even the pace of inspection for visitors. 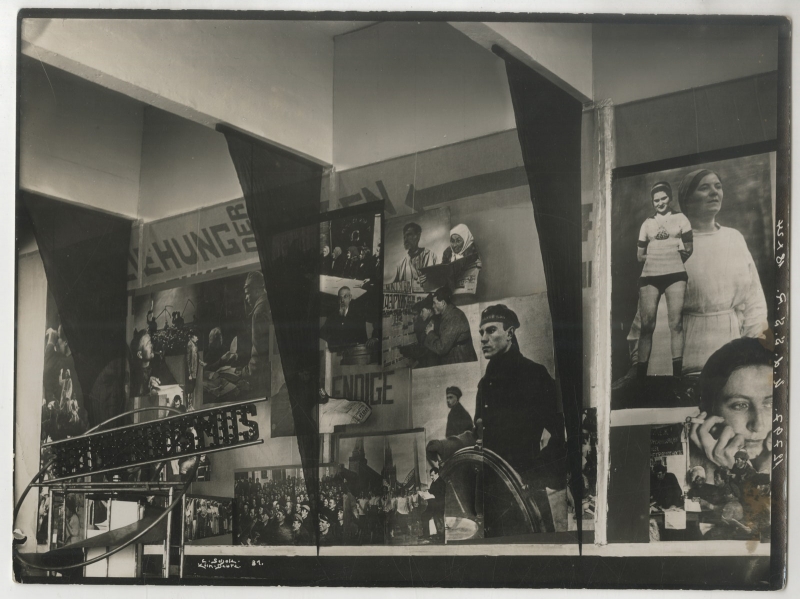 The interior of the Soviet pavilion at the International Press Exhibition in Cologne.

In 1927, under his leadership, the All-Union Printing Exhibition was held in Moscow.

In the 1920s, experimental photography became popular among avant-garde artists. Lisitsky came up with the method of photogram, or “photo-painting”, where objects were exposed directly to photosensitive paper. And also masterfully worked with photomontage. Combining the print from two negatives, he created the famous self-portrait “Constructor» with a compass. 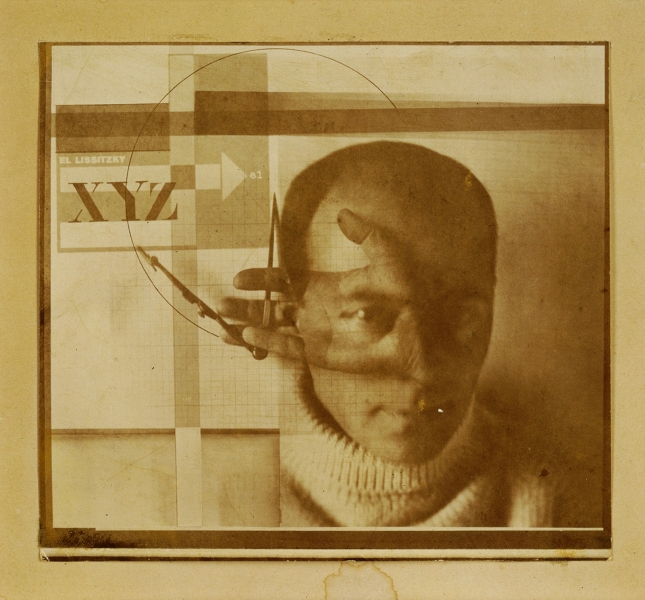 Lisitsky died of tuberculosis in December 1941. His last work was a poster “Let’s have more tanks». 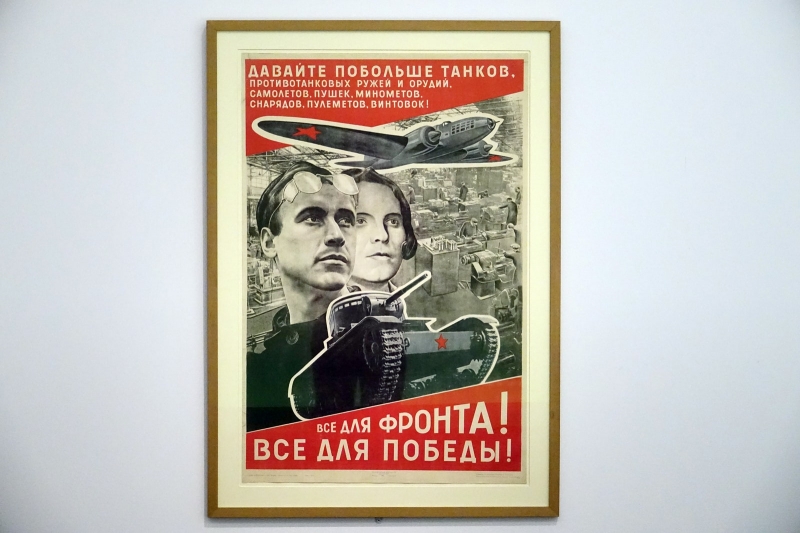 One of the last works of the artist. The poster was exhibited at the Tretyakov Gallery in Moscow in 2017.Photo by Friedemann Kohler/dpa, Getty Images

House with panoramic windows on the Baltic Sea coast