A synagogue in the form of a book, a chapel resembling a full moon in the night sky, a mosque with an openwork facade — we have collected the most unusual religious buildings of 2021. 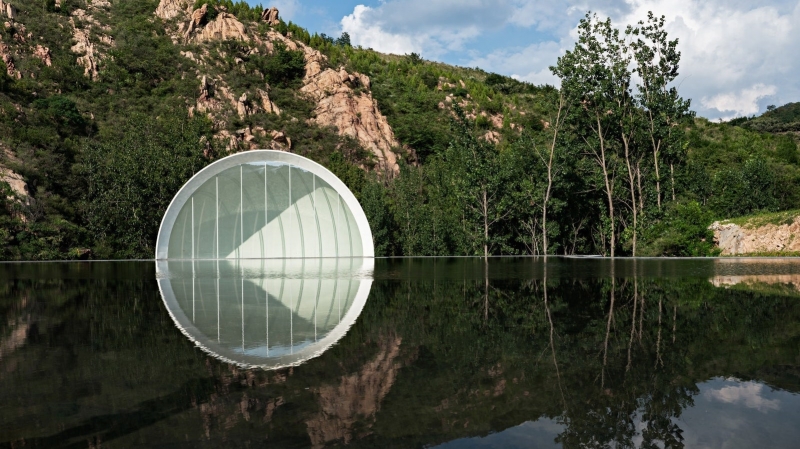 The Visitor Center at Memorial Forest in California

Better Places Forests is a protected forest area where people can choose a tree, mark it and scatter the ashes there. Such a ritual allows you to honor the memory and at the same time preserve nature. The task of the architects of OpenScope Studio was to build a visitor center here, which would also become a gateway to the memorial space. There are small halls, a toilet and a staff room. In addition, there is a covered terrace in the center where you can gather in a small group for an informal farewell ceremony. 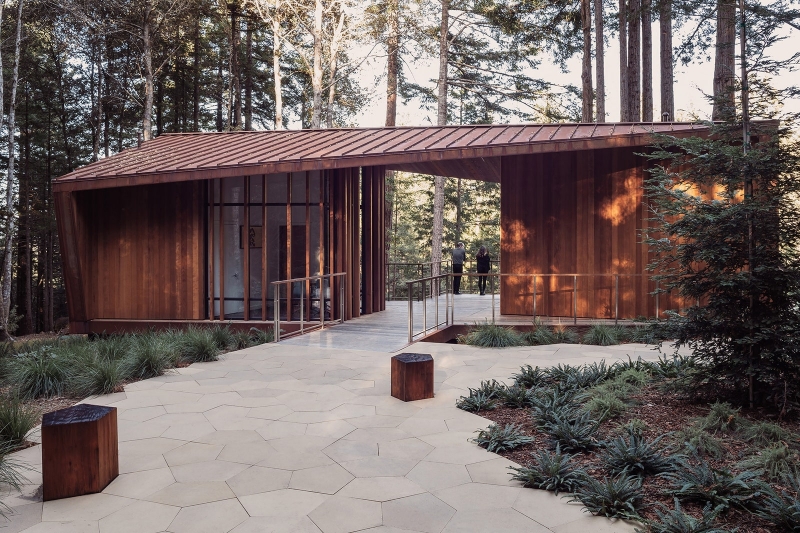 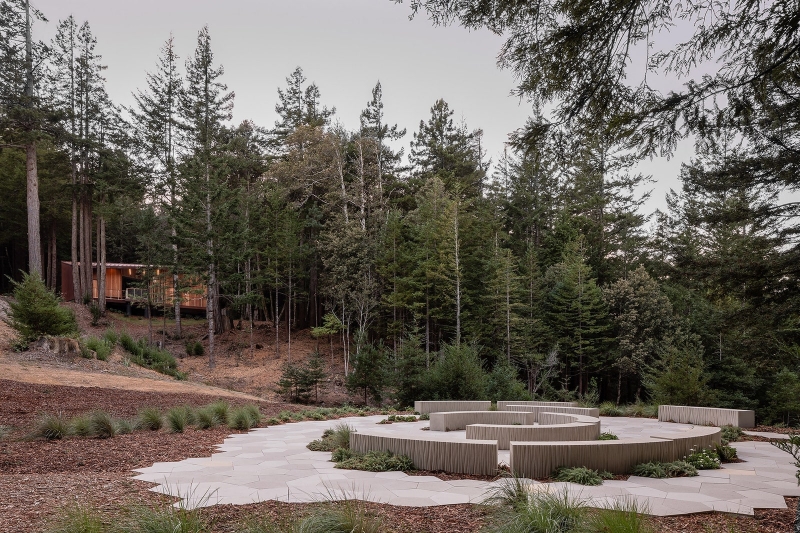 Memorial to the victims of the Holocaust designed by Daniel Libeskind

A memorial to the victims of the Holocaust has appeared on Weesperstraat Street near the Jewish Cultural Quarter. It was created by Studio Libeskind architects together with the local studio Rijnboutt. The monument is a maze of two-meter brick walls topped with an angular mirror structure made of stainless steel. If you look at it from above, it forms a word in Hebrew, which translates as «in memory of». 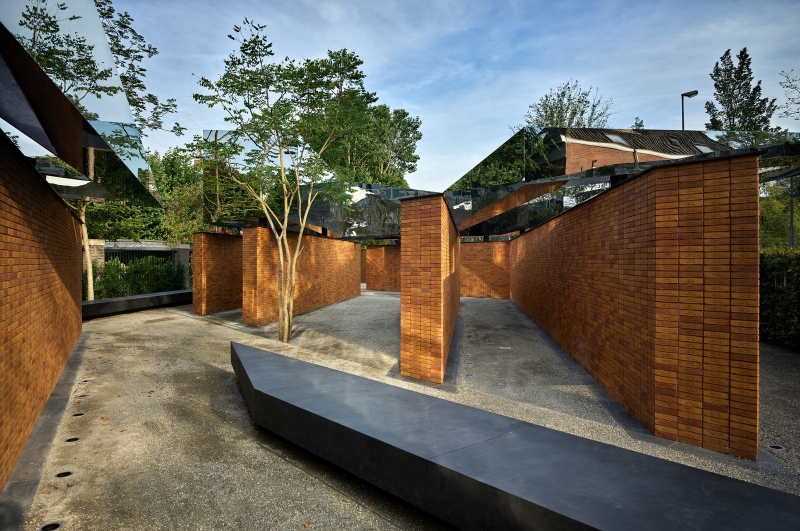 The synagogue in Babi Yar is a new memorial that recalls a terrible event in the history of Kiev. The structure consists of a pair of walls built of steel and lined with oak panels. One of the walls stands on a rail, so it can be moved using a manual mechanism. When closed, two walls are located together, but when unfolded, a three-dimensional synagogue appears with a retractable roof and a folding balcony and seats. 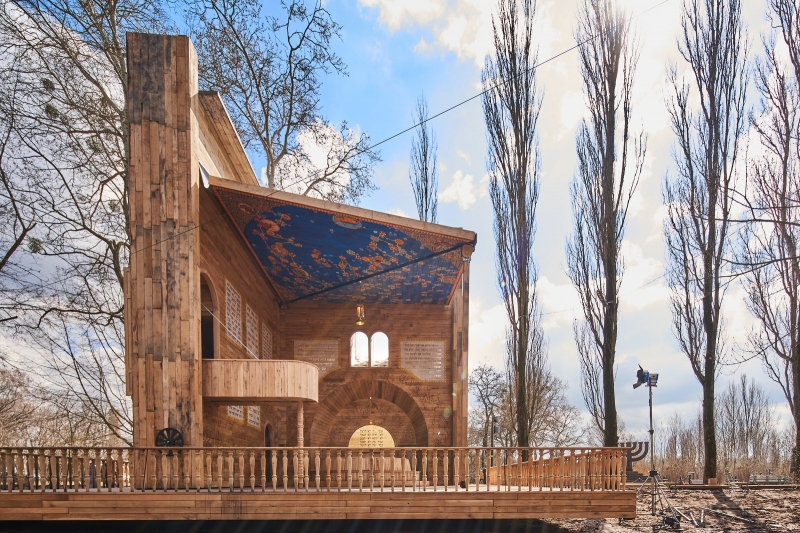 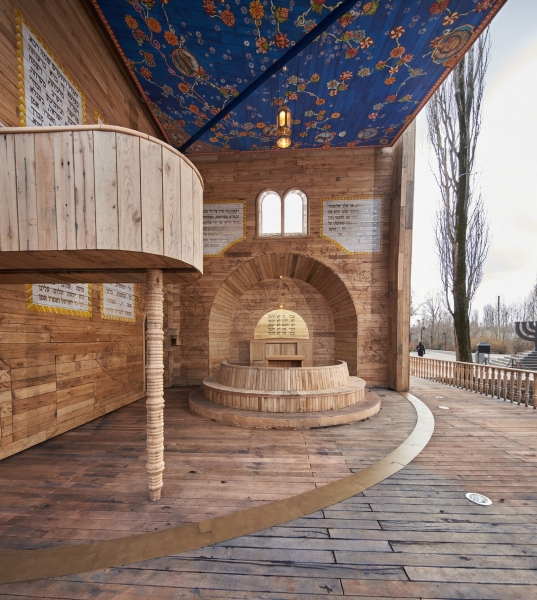 The architects built a church in the east of China, in the small coastal county of Luoyuan. It was necessary for the Christian community of the district and was supposed to become a kind of refuge from the urban chaos. An important task of Inuce architects was to combine both Christian and Chinese traditions in the project. Therefore, all the buildings are located around a courtyard with a small chapel in the center — such a layout resembles the ancient Chinese villages of Tulou. However, in this structure, the ring is interrupted by an entrance marked with a large cross. 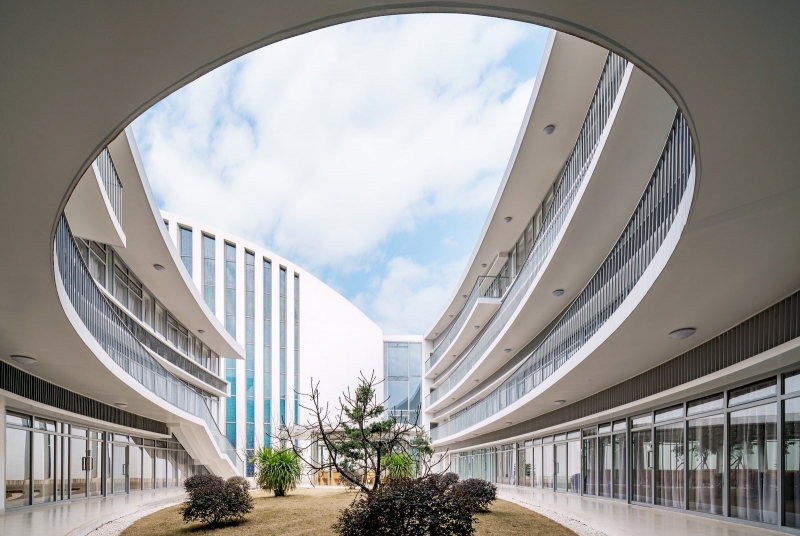 Chinese architects from the bureau SYN Architects built an unusual chapel on a mountain in Shandong Province, which from afar resembles a full moon in the night sky. Upon closer inspection, it can be seen that the complex structure includes a water tank mounted on stilts and hovering over rocky ledges, and a pavilion in the shape of a quarter of a ball, illuminated from the inside. The glass facade of the pavilion, which the architects placed at the far end of the pool, is reflected in the water surface, forming a perfect circle. 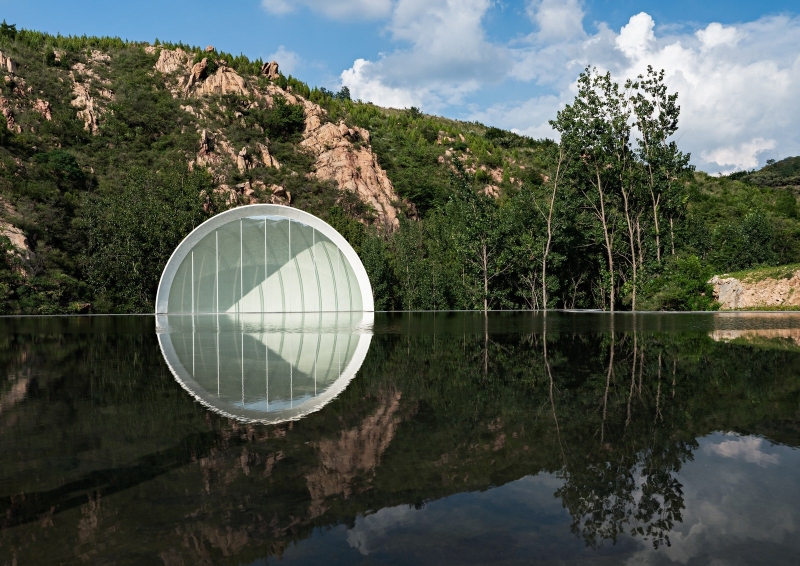 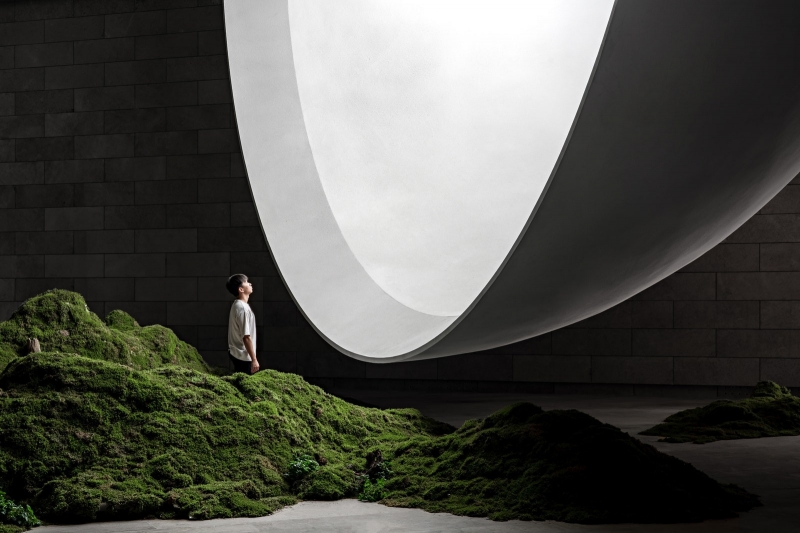 The laconic exterior forms of the temple, designed by the architectural studio of Mario Cucinella, are inspired by the surrounding landscapes and the strict architecture of traditional apsidal Calabrian churches. Resembling a rounded cross or a four-leaf clover in plan, the building greets visitors with a high cross. And one fragment of the walls seems to be «bent” and invites parishioners to go inside. 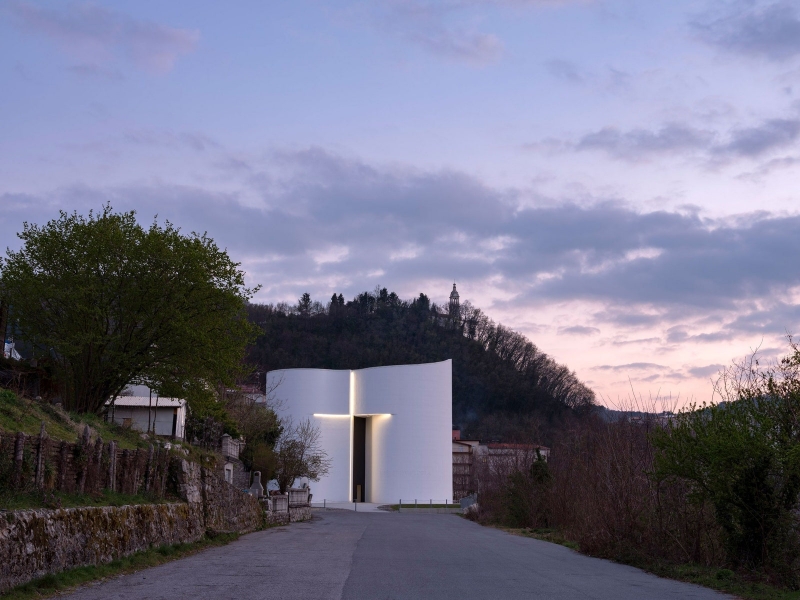 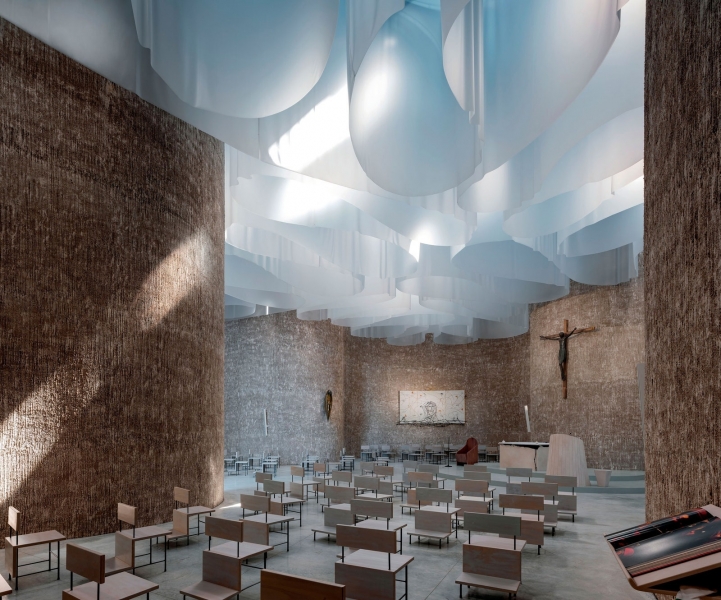 Studio Dabbagh Architects, led by Sumaya Dabbagh, built the mosque named after Mohamed Abdulhalik Gargash. The architect designed a series of spaces inside the building that serve as a kind of atmospheric gateways: a person passing through them gradually sinks into silence and feels a growing sense of closeness with the sacred. 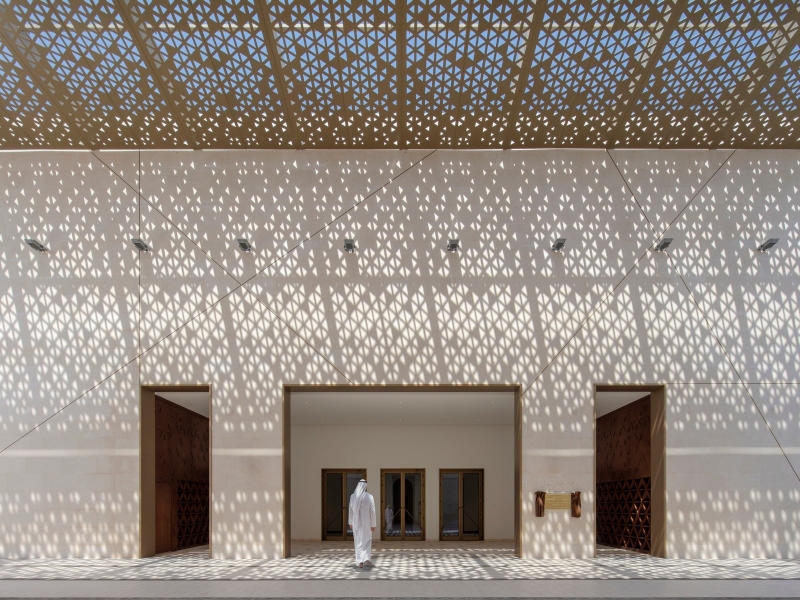