Danish architects CEBRA hid the visitor center underground so as not to disturb the harmony of the nature of the historical place. 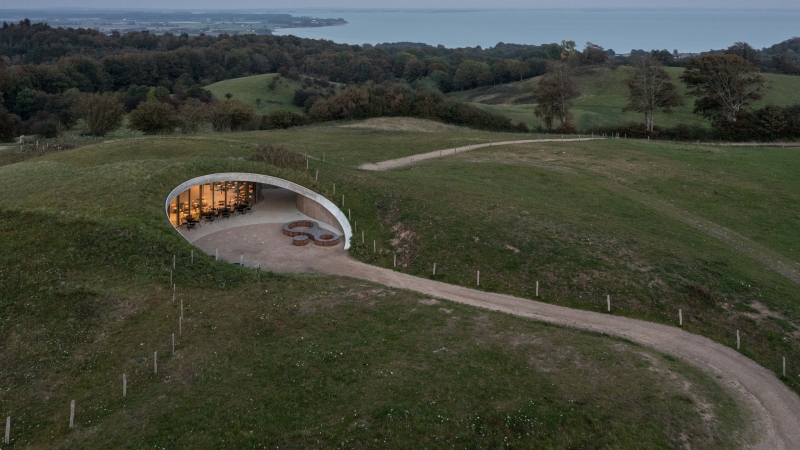 Skamlingsbanken are hills located in the southern part of the Jutland peninsula. They were formed during the Ice Age and were historically used by local residents for meetings and important events. For example, in the middle of the XIX century, it was here that the debate about the territory of Schleswig-Holstein took place, and since 1998, annual free opera concerts have been held on the hills, which gather up to 30 thousand spectators. 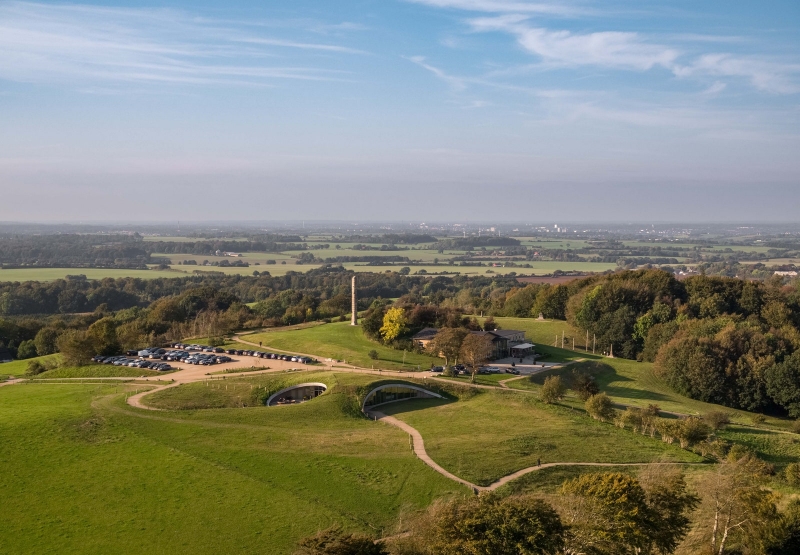 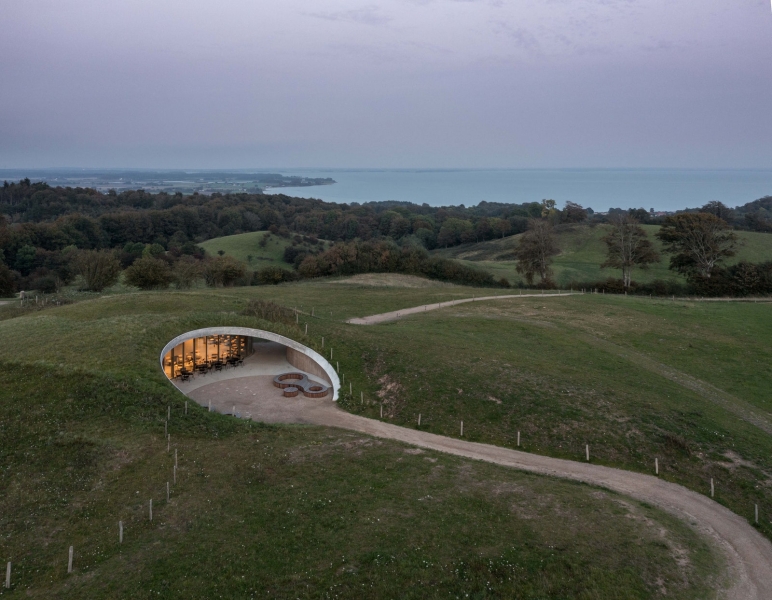 The task of the CEBRA architects was to build a visitor center with an exhibition space, educational facilities, a cafe and a shop in this significant place. “The main idea was to make architecture as inconspicuous a part of the overall landscape as possible,» said CEBRA co-founder Carsten Primdach. 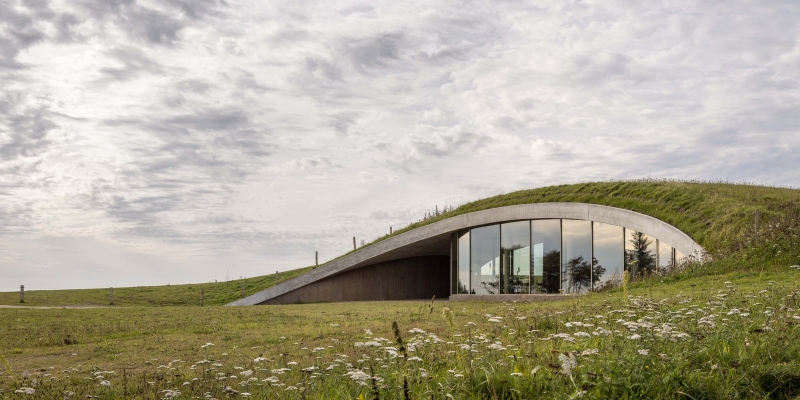 In order not to distract people’s attention from the landscape, the studio decided to partially hide the center underground, leaving only a few cut-out windows in the building. The Skamlingsbanken structure was cast from concrete right on the spot. This material will allow you to regulate the temperature in the room and will be able to withstand climatic loads. 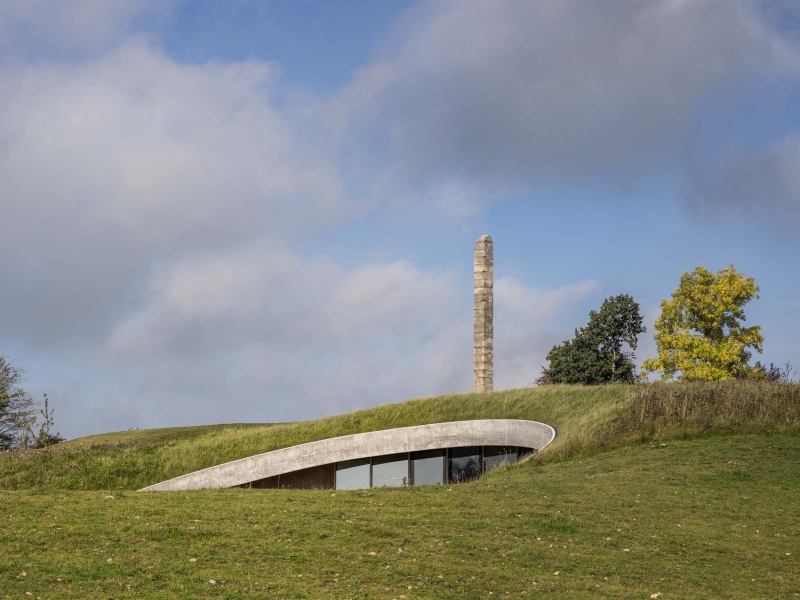 The roof of the center was covered with local grass and peat, and some of the exterior walls were painted with brown pigment, which allowed the structure to merge with the environment. 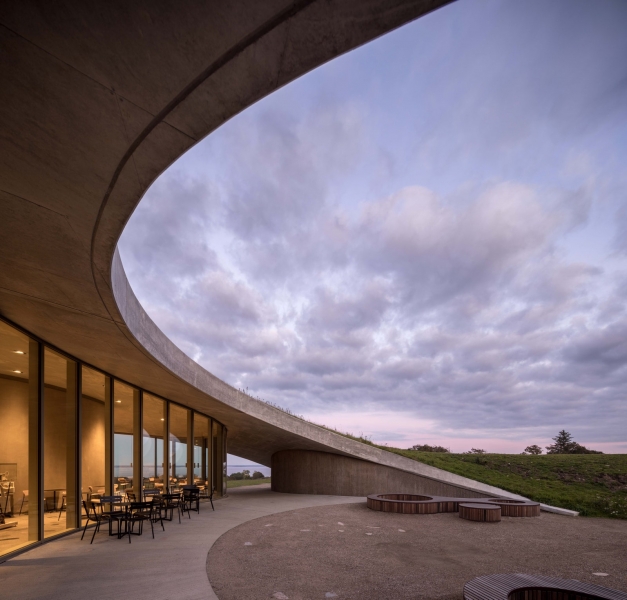 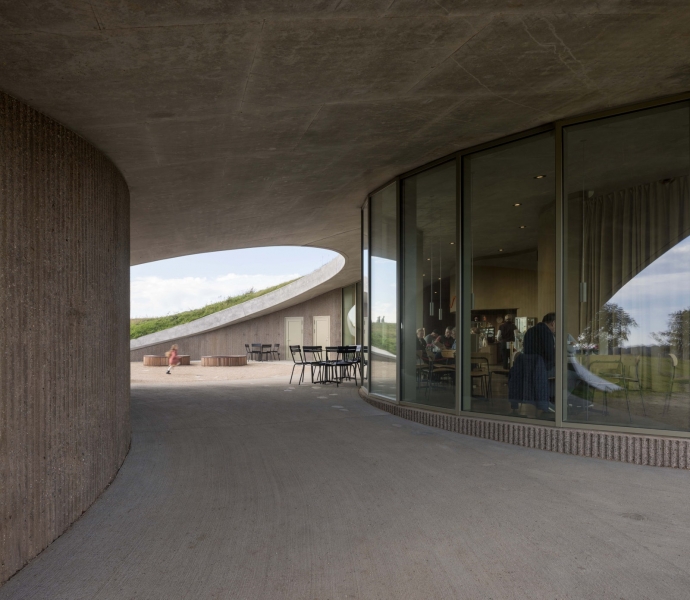 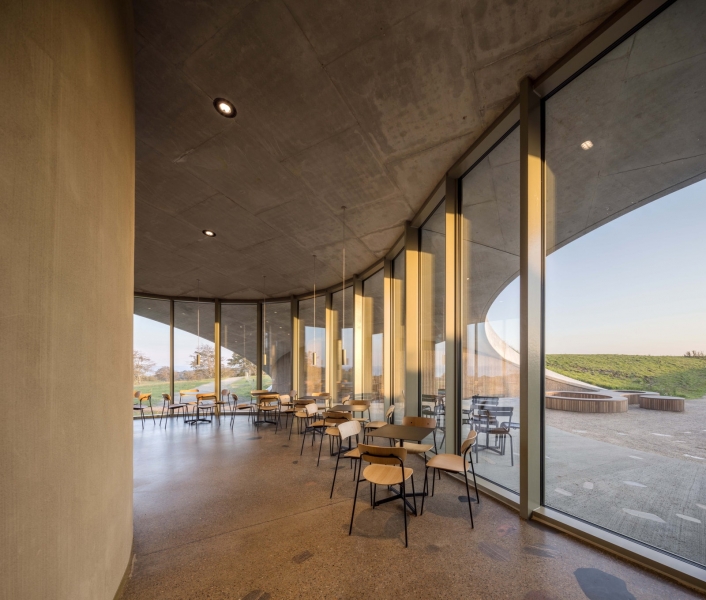 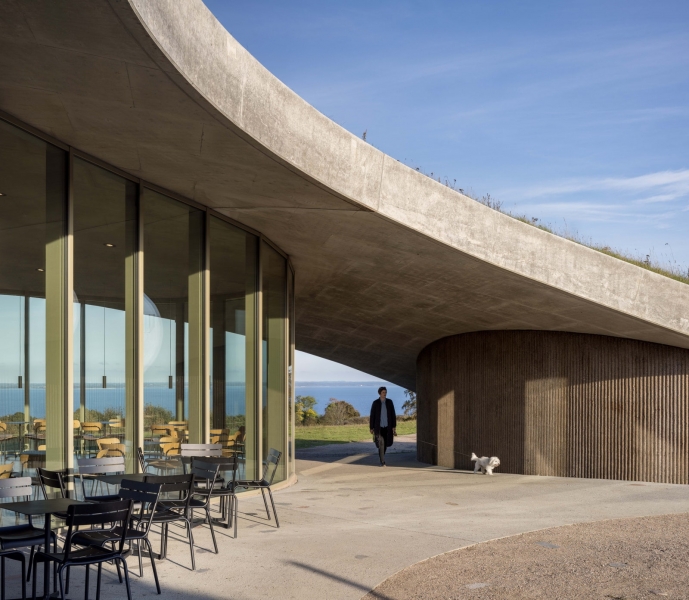 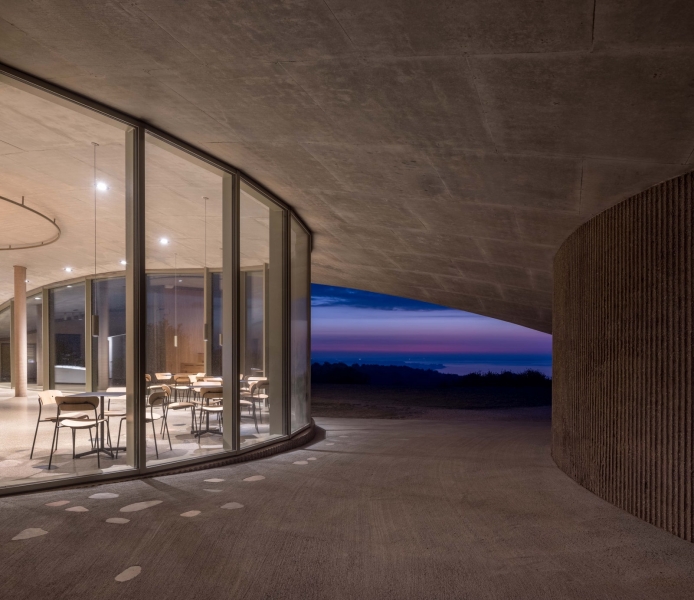 Merchant Shchepochkin’s estate: the history of the building and the exhibition “White School”

Drift Pedestrian Bridge in Fort Worth