On January 6, 1861, Victor Horta was born — one of the founders of the Art Nouveau style. 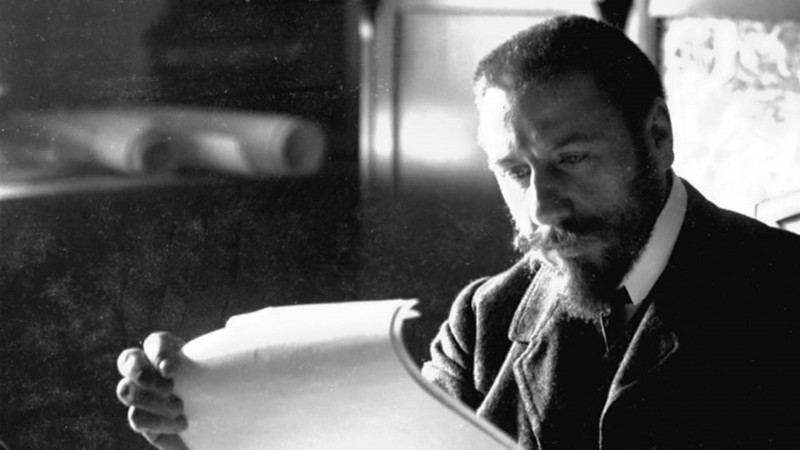 1. The future great architect was born in a large family — he was the fourteenth of fifteen children. 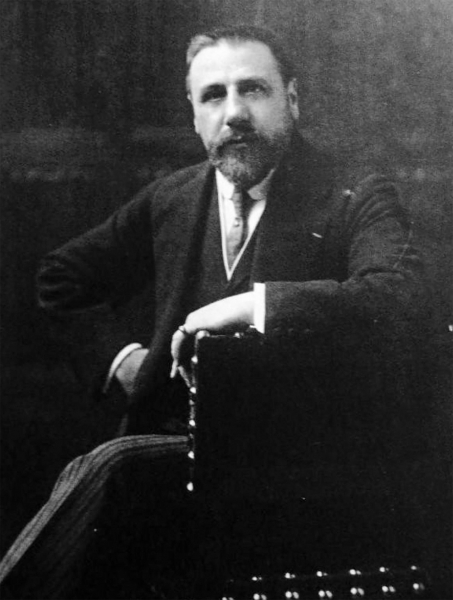 2. Victor Hort’s father was a shoemaker. Later in his memoirs, the architect wrote that his father treated his craft as an art.

3. Victor Horta loved to play the violin since childhood, he entered the Conservatory in Ghent as a poet, from where he was expelled for bad behavior. After that, he studied at the Royal Academy of Fine Arts. Now the auditorium of the conservatory, from where Ort was expelled, bears his name.

4. Victor Horta was a Freemason. In 1888 he joined the Lodge of the Great East of Belgium «Friends of Philanthropy». 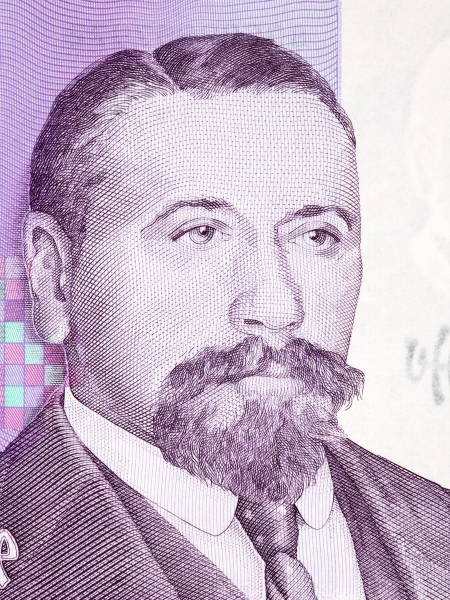 Portrait of Victor Hort on the Belgian franc. Photo: Alamy/Tass

5. Victor Horta was not only an architect, but also a successful teacher. At the age of 32, he became a professor at the Free University of Brussels. Later, the architect headed the Academy of Fine Arts. But three years later, Orta left the post of head due to the fact that he wanted to reform the teaching of architecture, but most of his colleagues were hostile to his ideas.

6. Horta died in 1947 in a Brussels clinic designed earlier by himself.

7. Four buildings built by Victor Horta are included in the UNESCO World Heritage List. All of them are located in Brussels.

This house is considered one of the first Art Nouveau buildings in the world. It was built for the scientist Emile Tassel in Brussels in 1894. 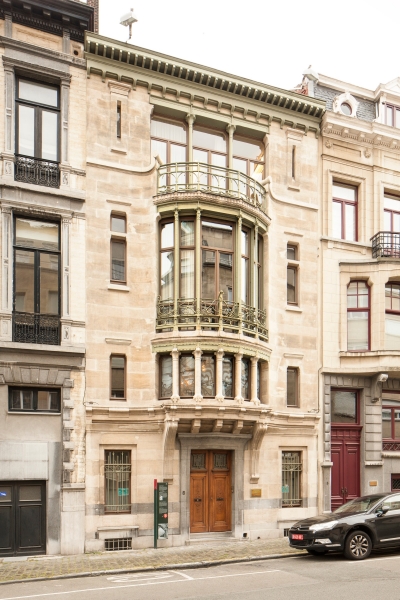 During the construction, Orta used metal and glass. Now these materials are considered characteristic of modernity, but then they were innovative. The Tassell mansion has a glass roof, so the interior is filled with natural light. 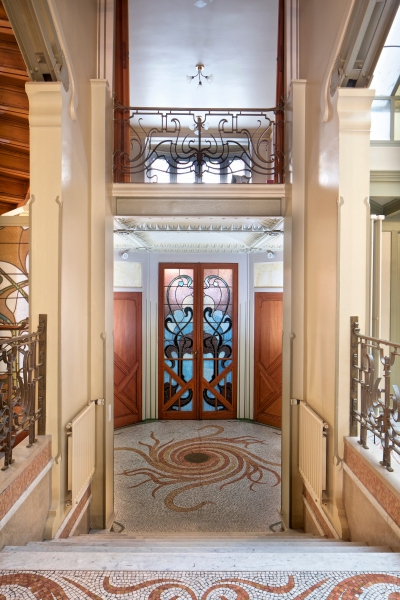 The highlight of the interior was the grand staircase, the railing of which is decorated with cast-iron elements resembling a vine. The use of a natural shape creates the effect of lightness and lightness. In general, Victor Horta thought over the interior of the mansion to the smallest detail — he even designed the door handles and window latches himself. 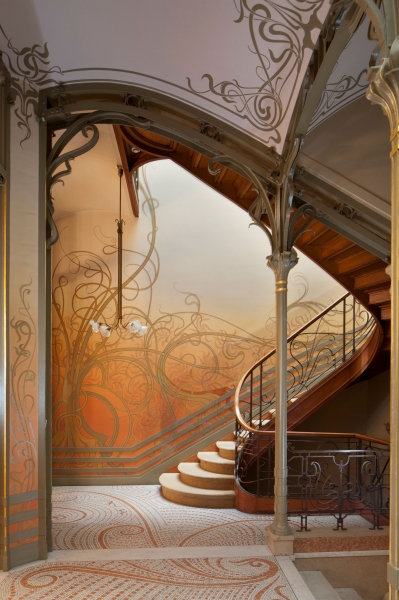 The five-storey mansion was built in 1903 by order of industrialist Armand Solvay. The customer gave the architect complete freedom of action, so this house is considered one of the best projects of Viktor Ort. 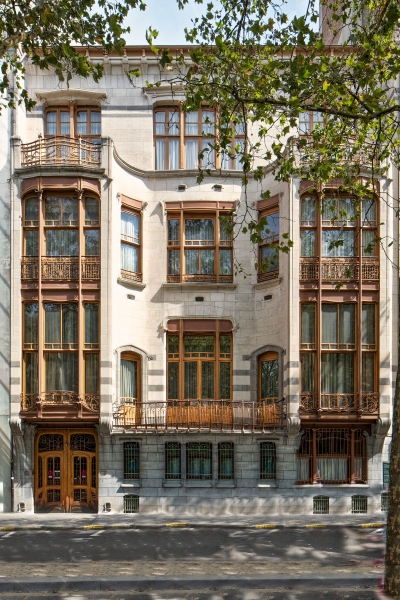 Just like in the Tassell mansion, the roof of the building is made of glass. The architect has thought out an intricate system of mirrors in the interior, so that the reflected light gets into all corners of the house. 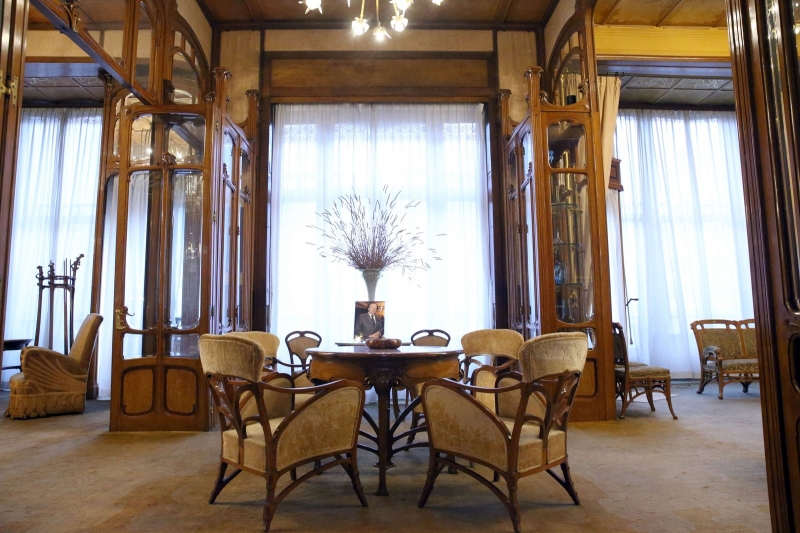 The walls of the mansion are decorated with frescoes with the degrade effect — closer to the ceiling, Horta used less bright colors, which makes it seem that the image is fading. 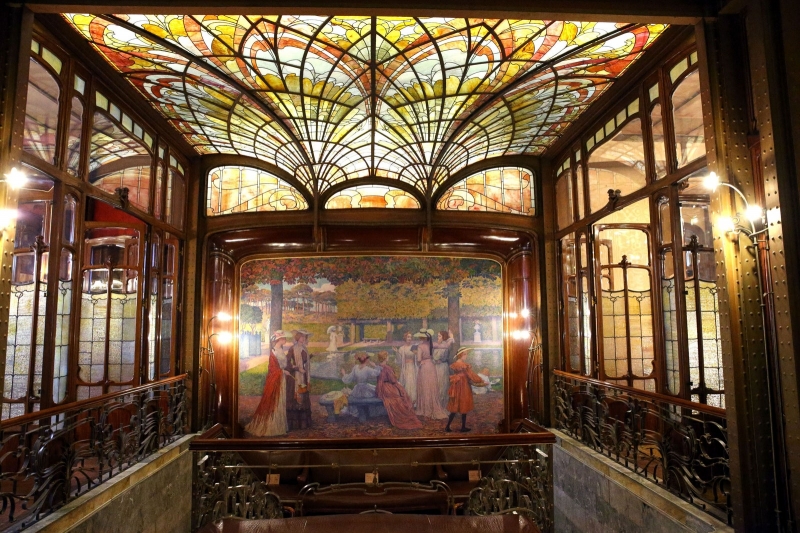 This project was commissioned by the Workers’ Party of Belgium. Folk houses existed in different European countries. Children and adults could get an education in them. Over time, people’s houses also became a place of leisure — cafes and shops appeared in them. 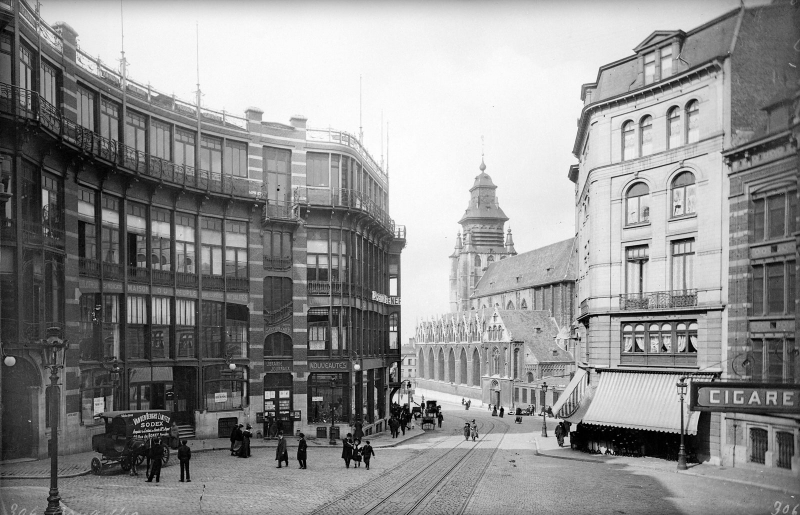 A corner plot on the slope with access to the square was allocated for the construction of the building. Victor Horta coped with a difficult task — he bent the main facade, and placed the main entrance in the center of the bend.

Unlike Ort’s previous projects, the People’s House is not decorated with numerous decorative elements. However, the balustrades are made of smoothly twisted lines. 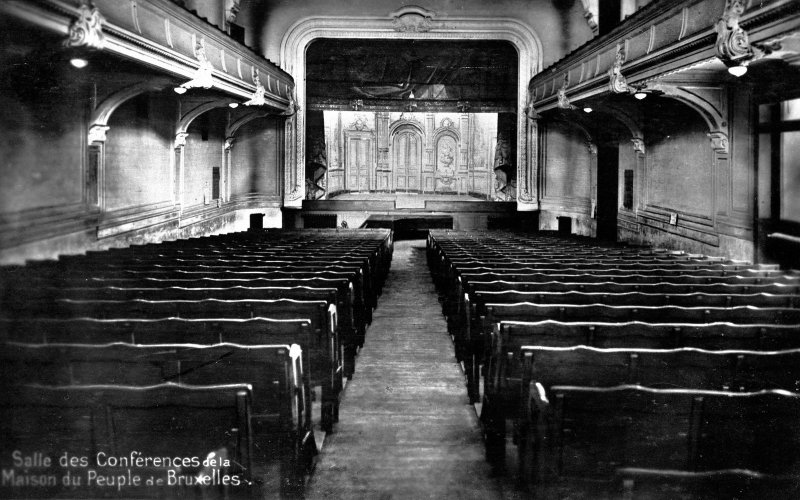 The People’s House in Brussels suffered a sad fate — in 1965 it was demolished by the decision of the local authorities, despite the protests of Belgian architects.

Now in urban planning there is a term «Bruxelization”, which means a chaotic approach to urban reconstruction, in which the demolition of historical buildings takes place. 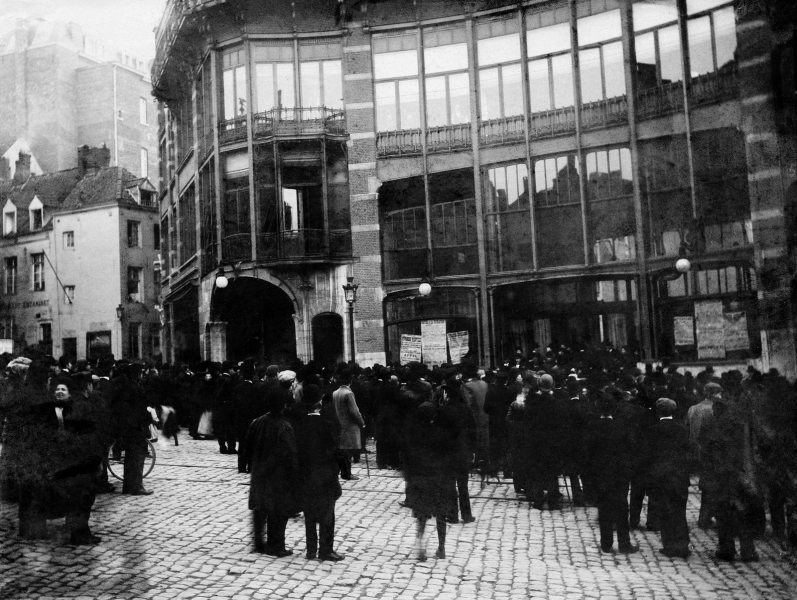 Victor Horta built this house for himself, so he was not afraid to experiment during construction. 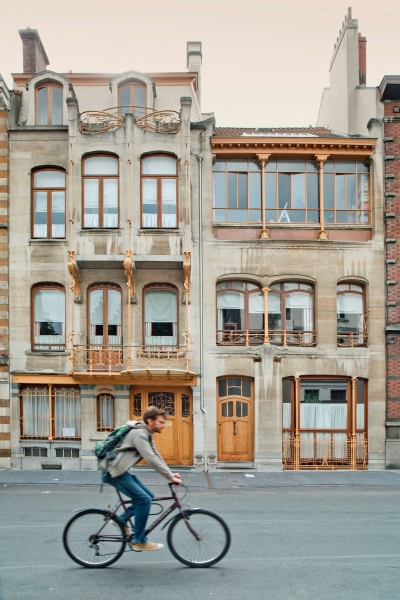 The building consists of two parts — a living area and a workshop. The mansion also has a winter garden and a terrace. Orta added his favorite technique to the project of his own house — a glass roof. 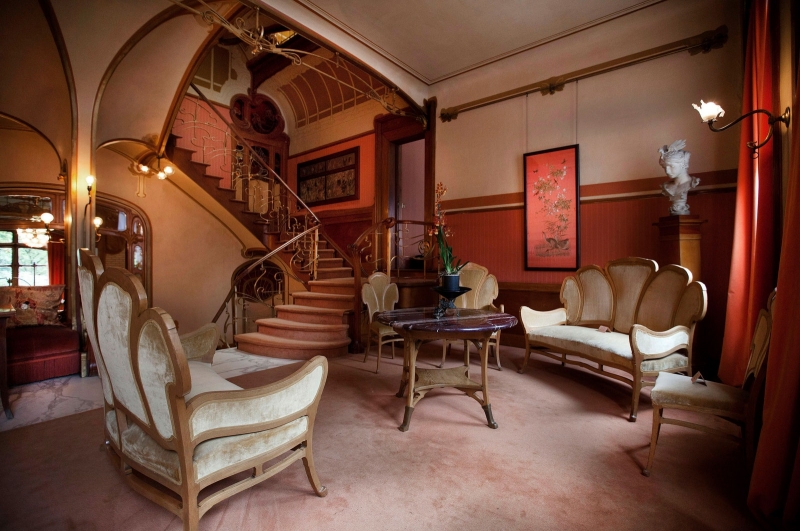 In 1916 Victor Horta sold his house. In 1969, a museum dedicated to the architect was opened in the mansion. 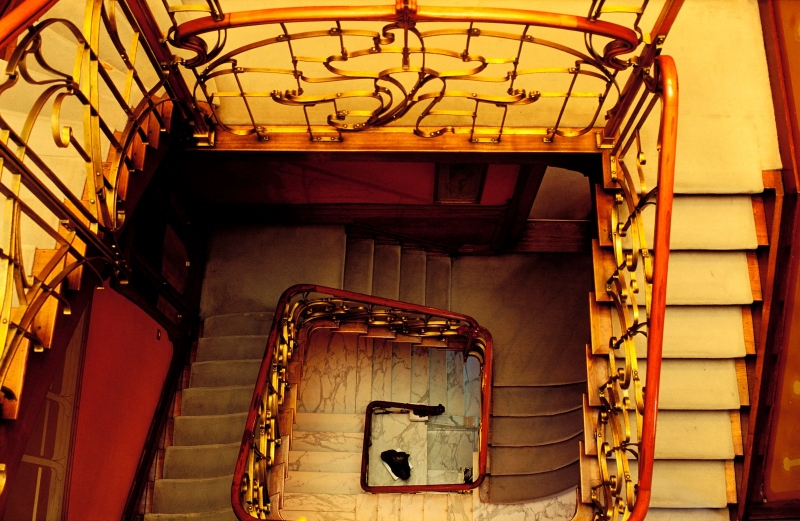 The house was built for the politician Edmond van Etvelde in 1900 in Brussels. 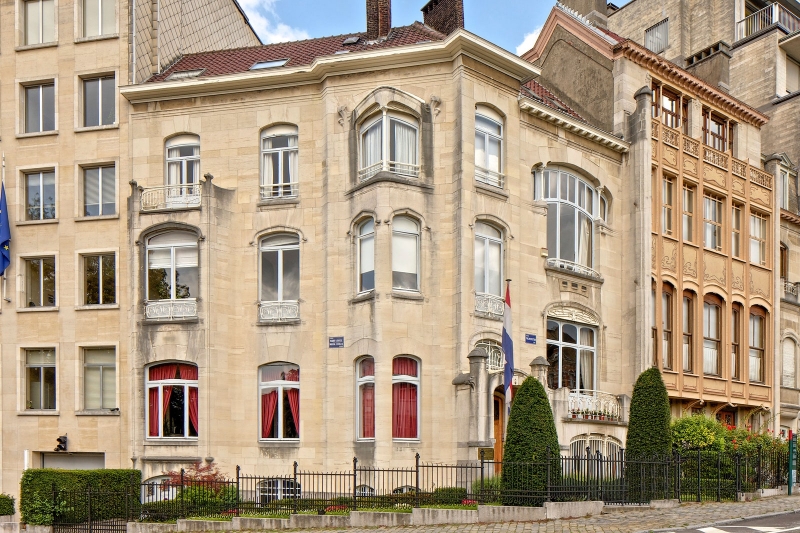 Horta built the frame of the mansion using metal structures. He also used glass, rare African wood and marble during the construction. The railing, decorated with smooth curved lines, is made of wrought iron. 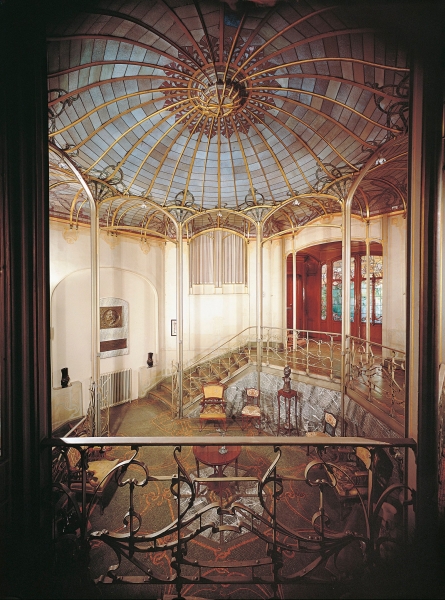 The customer wanted the mansion to have a large hall for receptions and celebrations. Victor Horta designed a glass dome in the house through which natural light penetrates into the living room. Because of this, a feeling of lightness is created, and the guest room seems spacious. 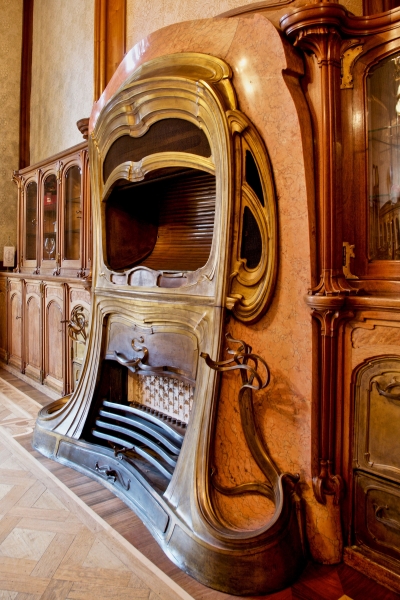 Victor Horta created the central station project back in 1912. However, the authorities postponed the construction — first the First World War prevented, then the financial crisis, and even later the Second World War. 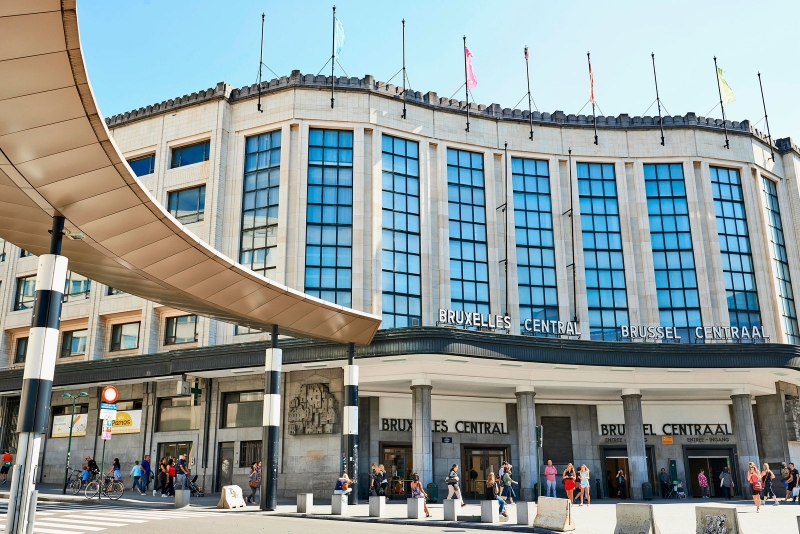 After the end of the war, Viktor Orta returned to work on the central station. He died during construction, but the structure, completed in 1952, was entirely created according to his drawings. 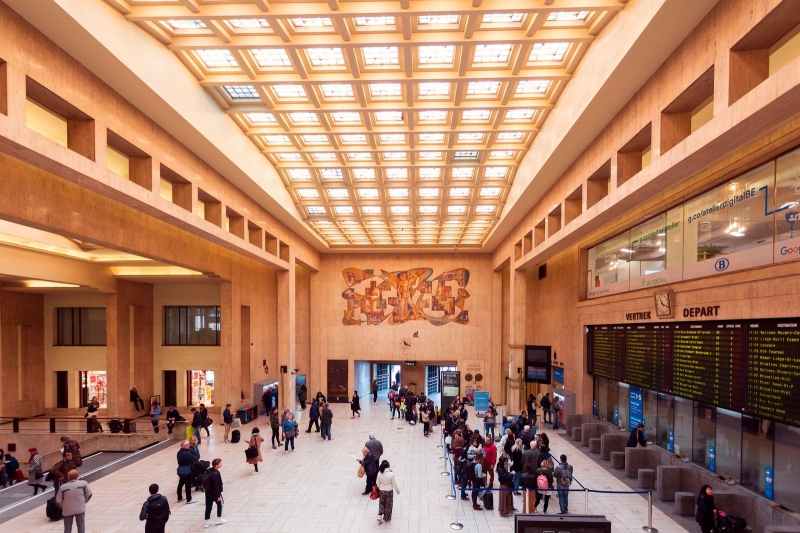 The Jewish Museum of Manchester by Citizens Design Bureau

The center of hospitality in the park «Kudykina Gora”

Inspiration for the week: the most beautiful universities in the world