Soviet modernism is not only faceless Khrushchevki, it is also thousands of monumental buildings scattered across the territory of the USSR. They often age ugly, but many still admire. We offer to make sure of this yourself, take a walk around Moscow along the points from our route and listen to the release of the podcast “Walls have ears». 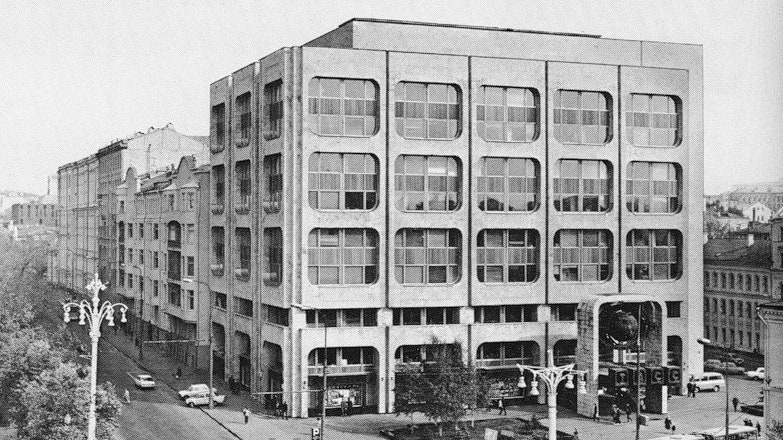 Soviet modernism is associated with typical buildings — gloomy areas full of absolutely identical five-story buildings, which are now being massively destroyed under the renovation program. In part, such parallels are true, because the era of the Soviet Union began when the Central Committee of the CPSU in 1955 issued a decree “On the elimination of excesses in design and construction.” This meant the end of monumental classicism and the transition to economical, standard construction. 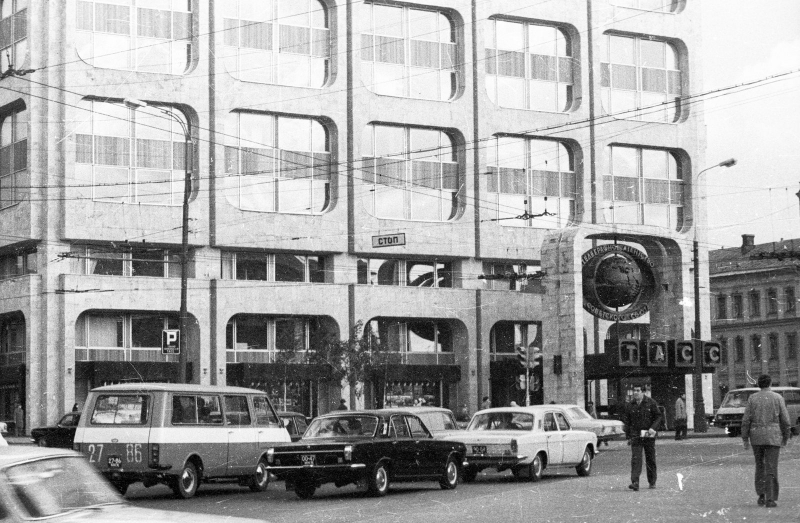 At that time, the USSR had the task of providing as many people with housing as possible, there was no time for decor and self-expression. But there were especially not enough funds — so the course was taken on economy and standardization. 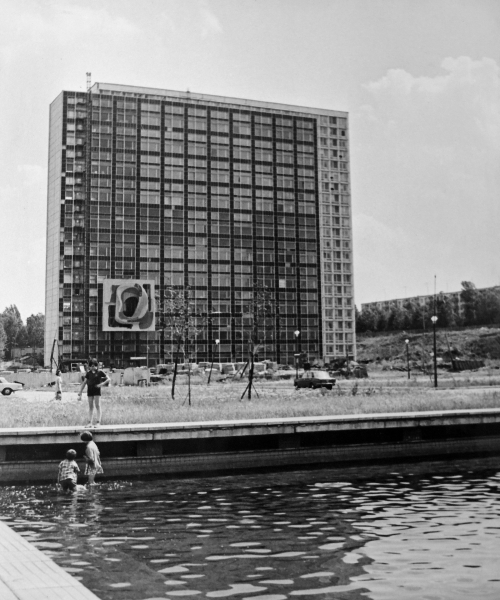 This typification almost erased the role of architects — often the style of the master was not felt in buildings, and the architectural language of the sovmod was dry and too simple. However, a number of professionals still inscribed their names in the history of Soviet modernism and left a bright mark in the cities of the USSR. 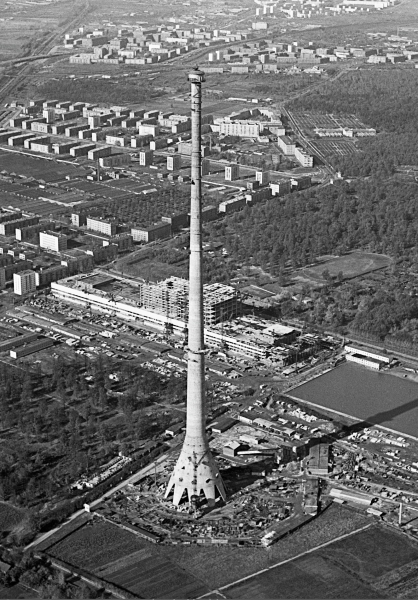 Construction of a television tower in Ostankino. Source: pastvu.com ; by Lev Polikashin.

In honor of these buildings — complex, contradictory, but beautiful in their own way — we, together with the staff of the Shchusev Museum of Architecture, have released a series of podcast “Walls have ears». This is your guide to modernism — turn on Yandex.Music and go explore the era of Soviet modernism with live examples.

The Palace of Pioneers was built in 1958-1962, even before the fall of the Iron Curtain. Nevertheless, the authors of the project borrowed many ideas from their foreign colleagues. For example, the principle of the layout of the building was observed at the pavilions of the Netherlands and Germany at the 1958 World Exhibition in Brussels, the paving of the square was created under the impression of a trip to Italy, and the wavy ceiling of the auditorium covered with wood is consonant with the works of Alvar Aalto. 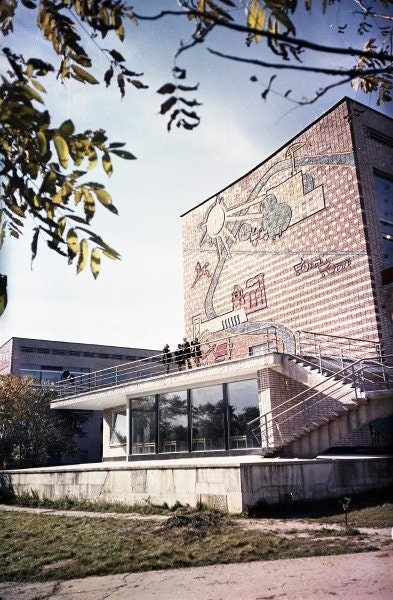 Despite the total savings in construction, the Central Committee of the Komsomol provided architects with everything necessary for the construction of the palace: scarce construction and finishing materials, qualified specialists, as well as volunteers. In addition, the authors of the project were allowed to involve artists — they decorated the facades with reliefs and panels symbolizing the conquest of the elements by man, and the interiors with paintings. The building really turned out to be unusual and modern — foreign architects invited to the opening also appreciated it.

TSEMI RAN, or “House with an ear”

Leonid Pavlov was, perhaps, the only architect who built houses not for people, but for computers. In Soviet times, they were so huge that separate structures were required for them. And CEMI (Central Economic and Mathematical Institute) it was just one of these buildings — a computing center. The project was supposed to become a symbol of the entry into the era of computer technology, so Pavlov faced an important task.

According to the architect’s idea, the design in the form of two flat plates displaced in relation to each other was supposed to reflect the essence of mathematical relations and interrelations of man and the world. Pavlov decorated the facade of the building with a high relief in the form of a Mobius strip, which he created together with artists Zharenova and Vasiltsov. However, it reminded people of an ear, so the building is often popularly called “The House with an ear”. 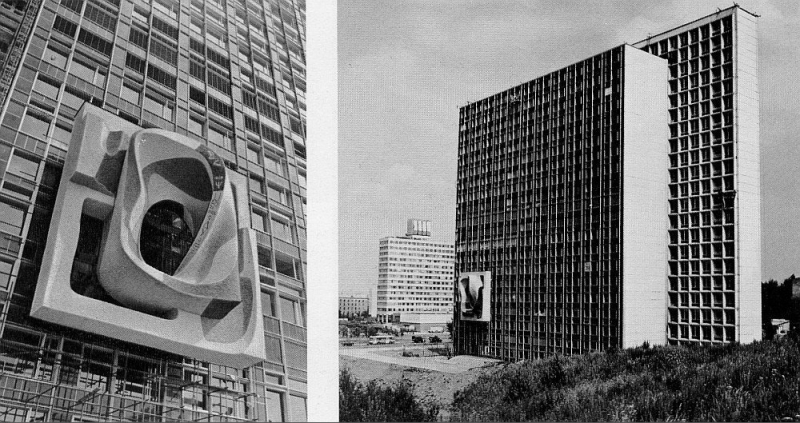 Central Economic and Mathematical Institute of the Russian Academy of Sciences. Source: pastvu.com .

The House of nuclear scientists, or “House-ship“ on the ”Tula»

Architects: a group of architects led by Vladimir Babad and Vsevolod Voskresensky

This huge house was built by the Ministry of Medium Engineering (Nuclear Industry) of the USSR, hence the symbolic name. Interestingly, the chief foreman Babad used to design only nuclear reactors, so he made the building earthquake-resistant, but not too comfortable to live in. There were many shortcomings in the project: for example, in some apartments there were risers that could block the water from neighbors; in addition, empty rooms appeared in the building — with windows, but without entrances and exits.

Despite the shortcomings, the house became a striking example of Soviet modernism — the scale of the structure was amazing. When the first tenants moved into one end of the house, the second was just being built. Its length is almost half a kilometer, so high spans with columns are made between some entrances so that residents do not have to go around 400 m every time.

The well-known building in Leontievsky Lane was originally supposed to be a 25-storey skyscraper, which would be crowned by a light board with a running information line with letters one and a half meters high. However, the project was not approved, and in 1971 the construction of a 12-storey TASS building began. However, he did not become like that either — there are only nine floors in the structure, and one of them is technical.

A feature of the architecture were two-story window screens, many resembling televisions. However, according to the author’s idea, it was a reference to the “Windows of Growth”, a series of satirical window posters of the 1920s created by the Russian Telegraph Agency. Such a technique not only decorated the facade, but allowed to create the illusion that the building is four-storied. 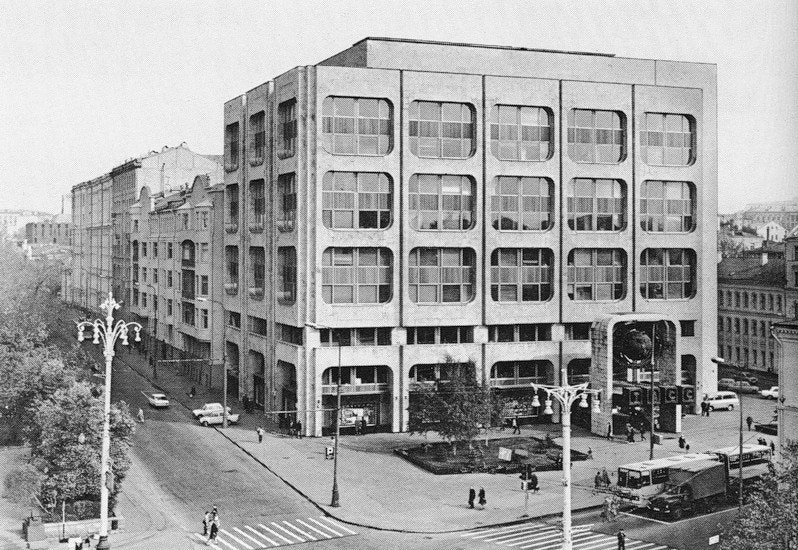 At the time of construction, the Ostankino Tower was the tallest in the world and had no analogues in terms of technical solution, so it became a vivid symbol of the thaw and Soviet modernism, as well as a reason for pride. The engineers managed to calculate the load, windage and minimize shrinkage to a few centimeters, and the architects managed to convey the style of the romantic 60s in the building project, when everyone was passionate about conquering space.

The Paleontological Museum was founded in 1937 and is one of the largest natural history museums in the world. Pay attention to the shape of the building, as well as to the decorative grilles on which you can find dinosaurs, pterodactyls and jellyfish. 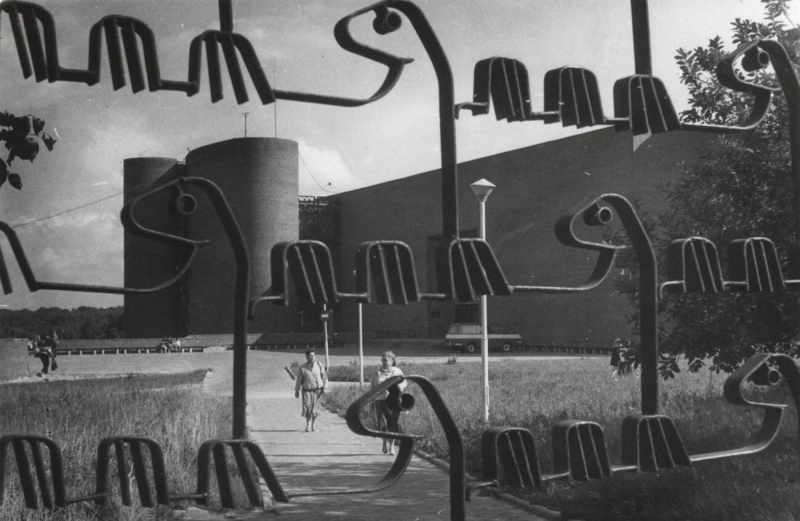 The theater building in the form of circus tents in France