Architects from the Japanese studio Moriya and Partners have attached an unusual house with a triangular living room “floating” above the ground to the crest of the cliff. 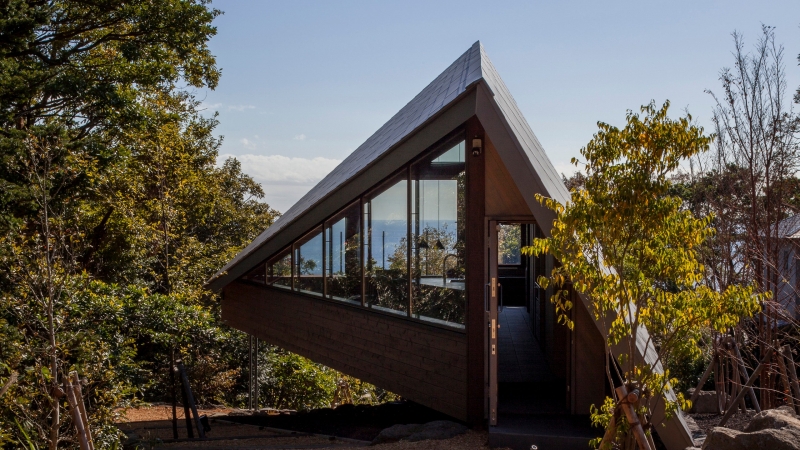 The owner of this house near the town of Yavatano dreamed of a living room with a sea view — and got it thanks to an architectural solution developed by the studio Moriya and Partners. The authors of the project raised the building of a complex triangular shape above a rocky ledge, obtaining a light and airy structure that perfectly fit into the complex landscape of the site. 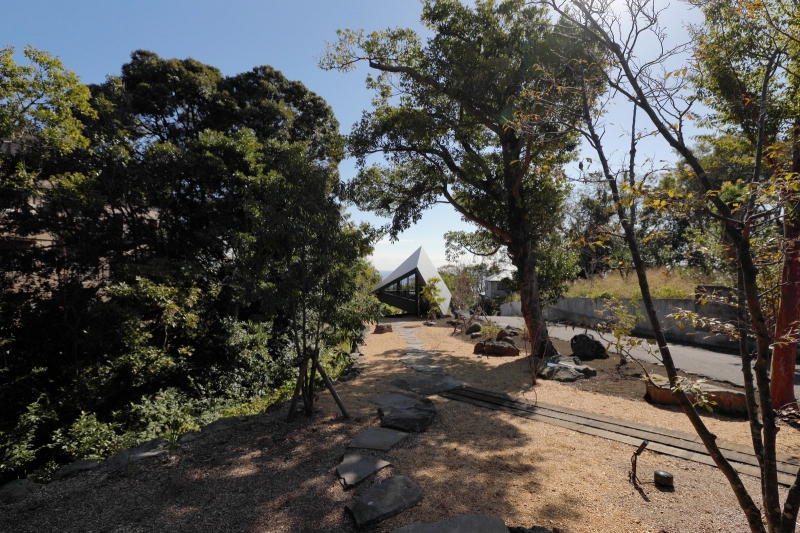 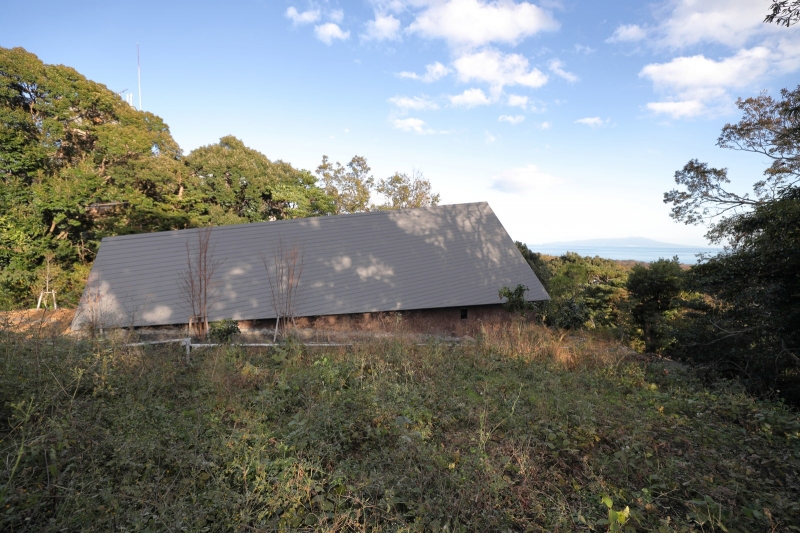 The crest of a rock of volcanic origin determined the asymmetrical appearance of the house and its internal structure. The lower floor, shaped like an elongated parallelepiped, was partially cut into the rock by the architects and covered with a steep roof slope. The second ramp was made more gentle so that it covered the triangular superstructure in the plan, where the common area of the living room and kitchen was located. One of the vertices of the triangle rests on a metal pile, the other two — on the ledges of the rock. 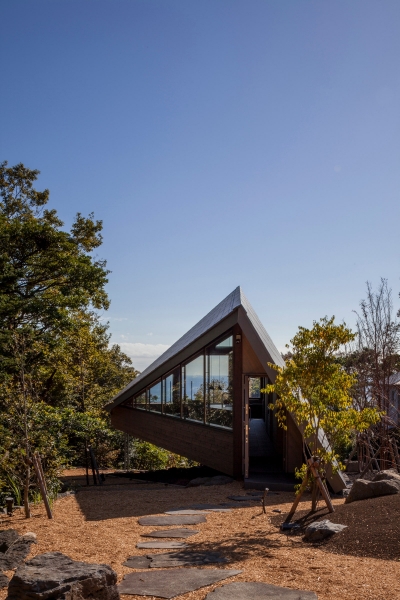 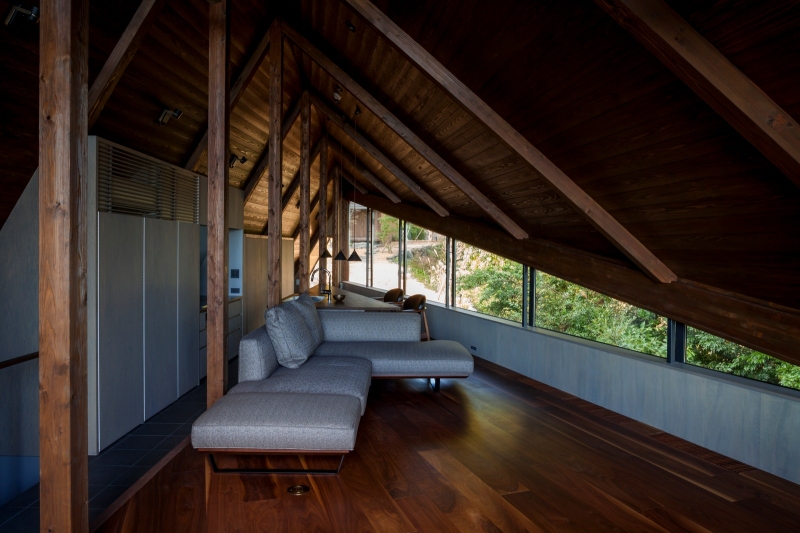 Despite the complex structure, the house turned out to be concise, intuitive and convenient. The upper floor, the triangular walls of which the architects have completely glazed, looks like a light-permeable pavilion, in the shadow of which a plank terrace is located. There is a direct exit to this terrace from the bedroom, which is located on the ground floor, near the cliff. 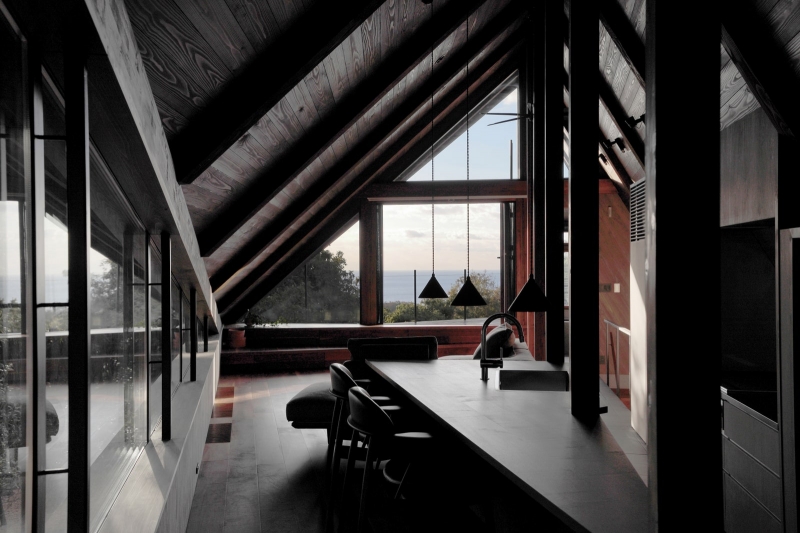 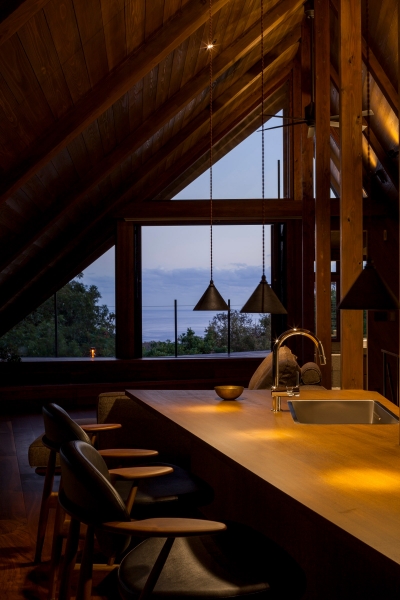 Thanks to the nontrivial shape of the building, none of the surrounding trees were damaged, and the house perched on the slope became an exquisite decoration of the ancient landscape. The geometric clarity of the forms is compensated by the dark wood finish inside and outside: it visually connects the building with the surrounding trees, brown and gray boulders. “We were looking for a solution in which nature and functionality would be in harmony, and architecture would be a logical continuation of the landscape,” says studio founder Takahiro Moriya. 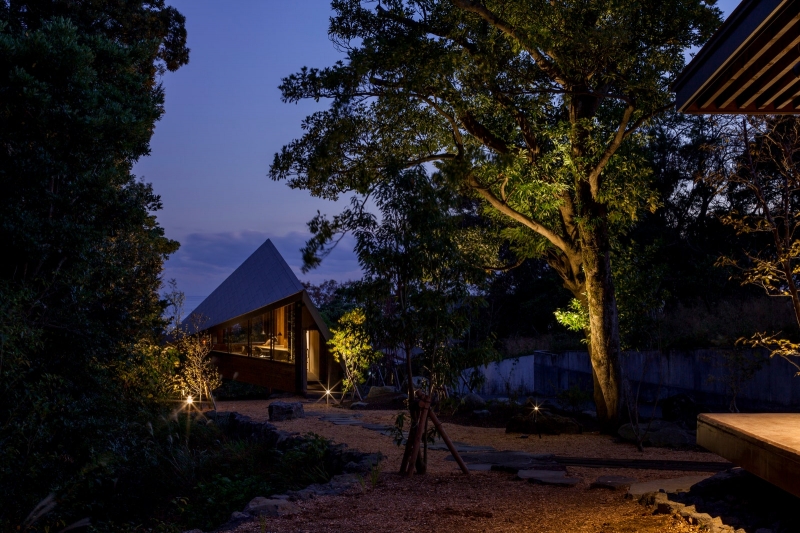 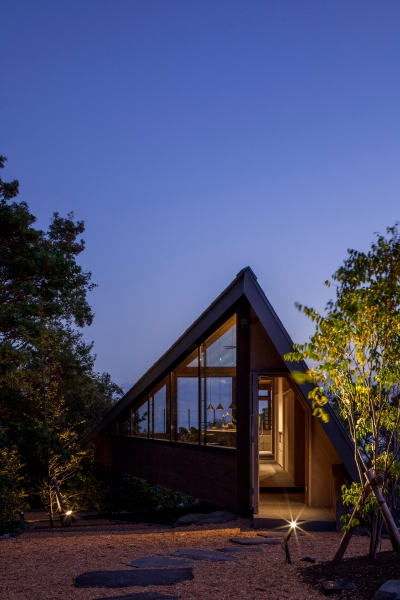 Reconstruction of a church in Mexico

Wooden pavilion on the canal in Bruges