A new public space designed by Thomas Heatherwick has recently opened on the Hudson River — a park that stands right on the water on 132 concrete columns. 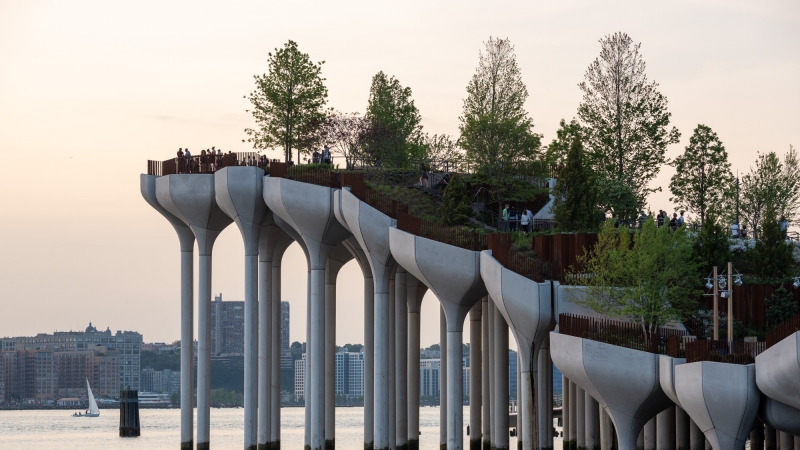 A few days ago, a new public space opened in New York — Little Island Park, which towers over the Hudson River on 132 concrete columns. Its author— British designer Thomas Heatherwick, conceived the project back in 2014 and named it Pier 55. But construction, which began in 2016, was halted due to protests from local groups. 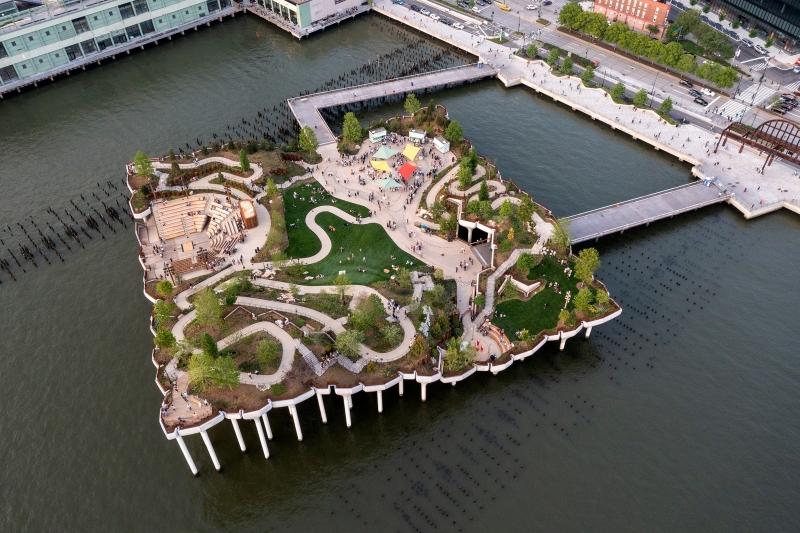 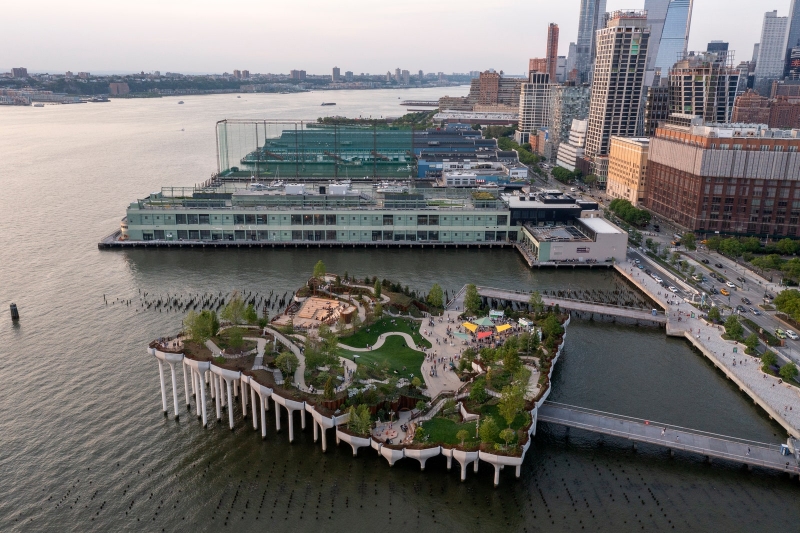 In 2019, the project was restarted under a new name — Little Island — and in two years it made up for lost time. An island platform appeared on the Hudson, connected by two bridges to the mainland. The platform consists of mushroom-shaped columns, which are installed at different levels, forming an undulating structure. According to Thomas, the idea arose while observing the ruins of the old pier, which protruded from the water. 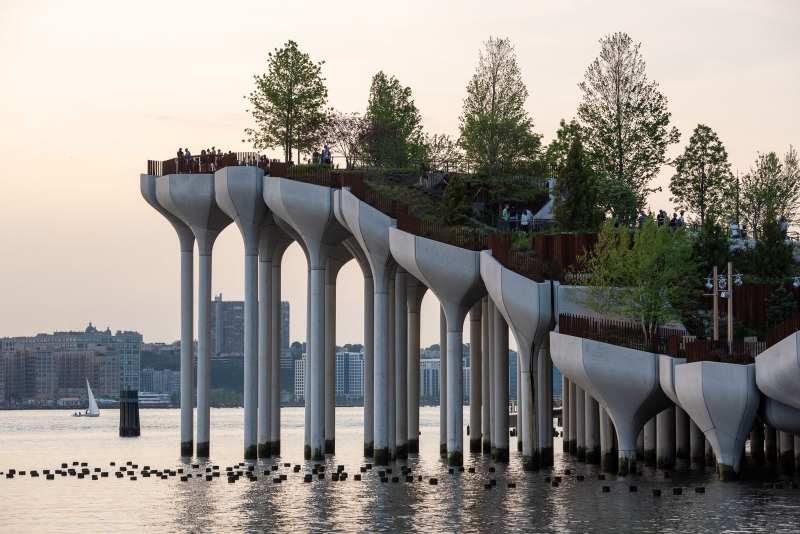 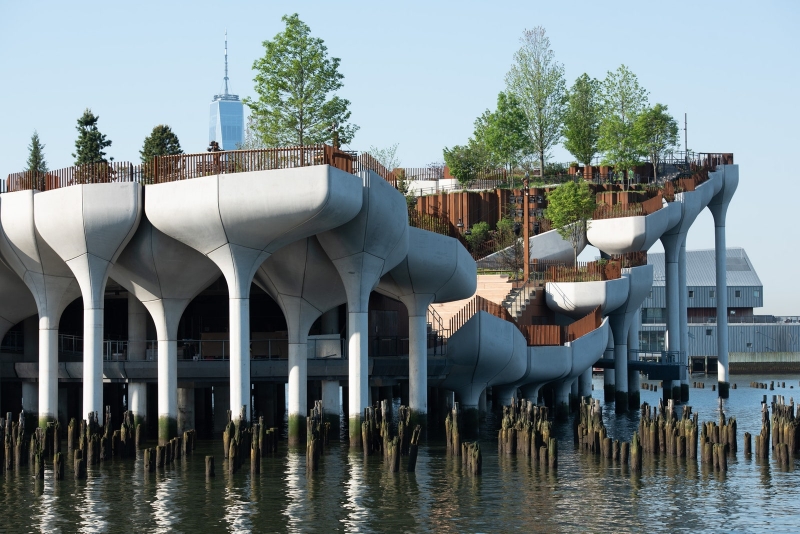 The architects of Heatherwick Studio worked in collaboration with the engineering firm Arup and New York landscape designers from MNLA. They designed three concert venues: an amphitheater with wooden benches with a capacity of up to 700 spectators, a cozy chamber stage for 200 people, as well as a central space for 3,500 visitors. And they were connected by hiking trails with a total length of about 600 m — they wind past observation decks, scenes, as well as mature trees forming a landscape park. 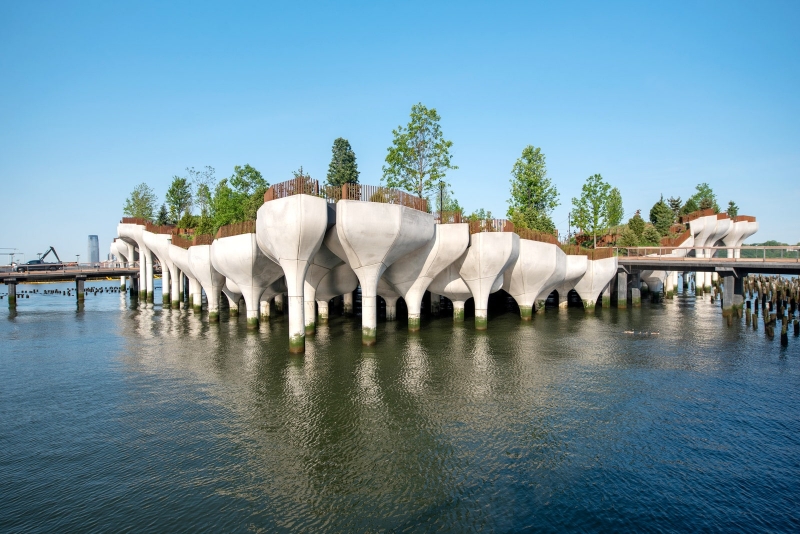 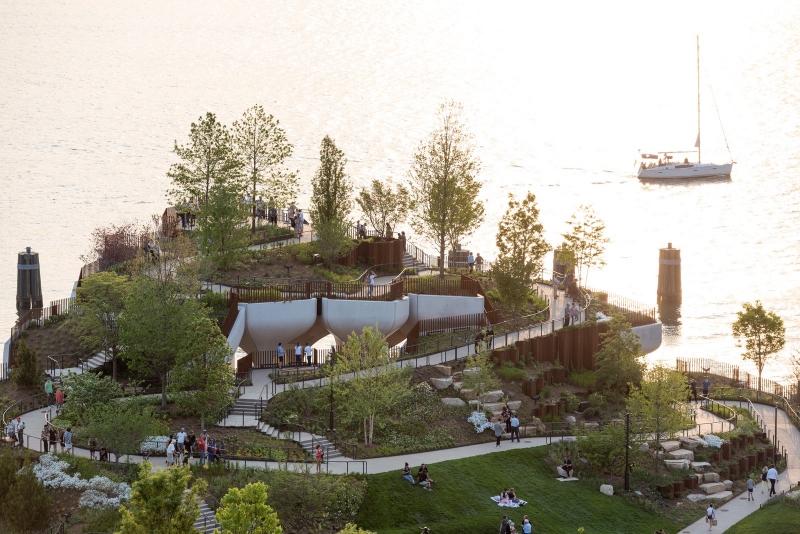 MNLA studio has chosen 400 species of plants and 100 species of trees for the project, which are strategically located, that is, so as to block the guests of the island from the strong wind from the water. 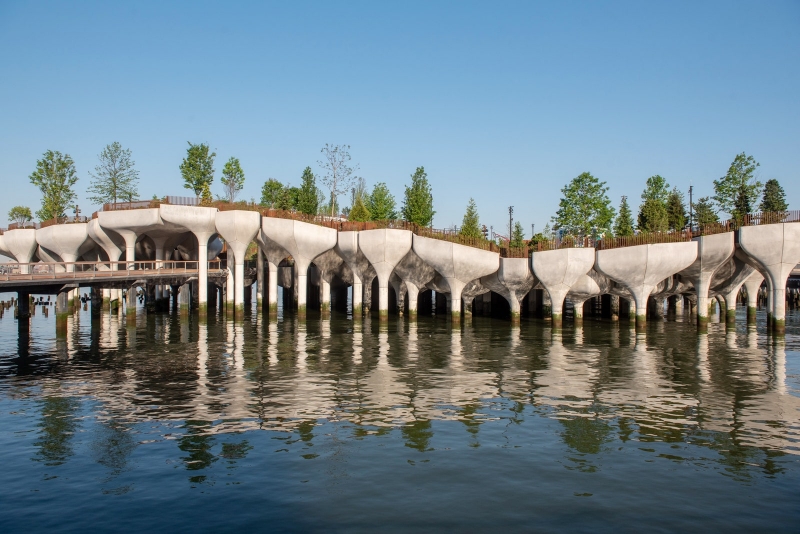 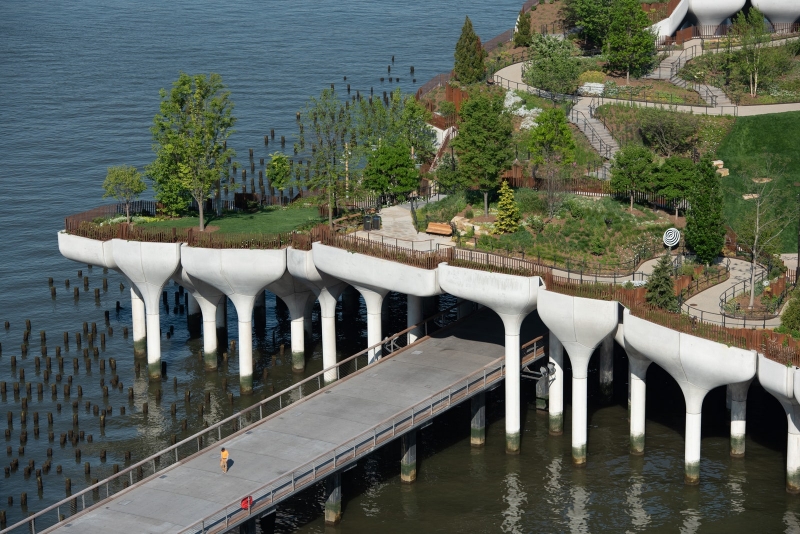 By the way, in this project, Heatherwick’s studio paid special attention to safety, since three suicides have already occurred on the observation deck of The Vessel. The design team took additional measures: they outlined the perimeter with rather high partitions, and also used round-the-clock security of the park. 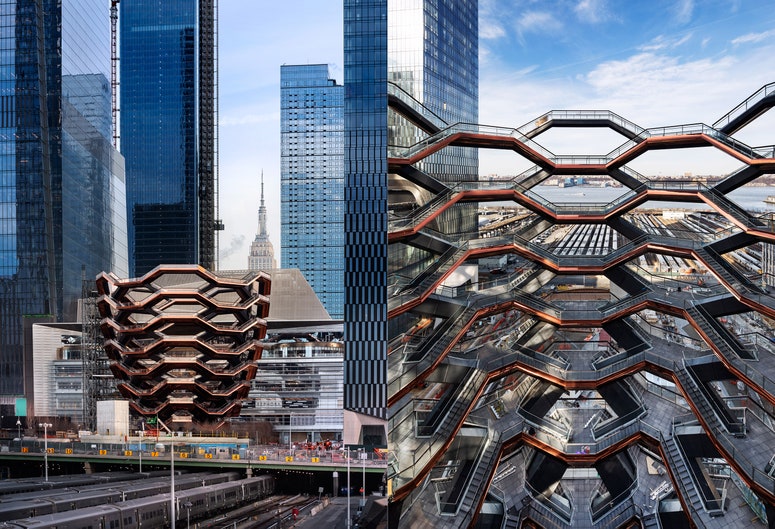 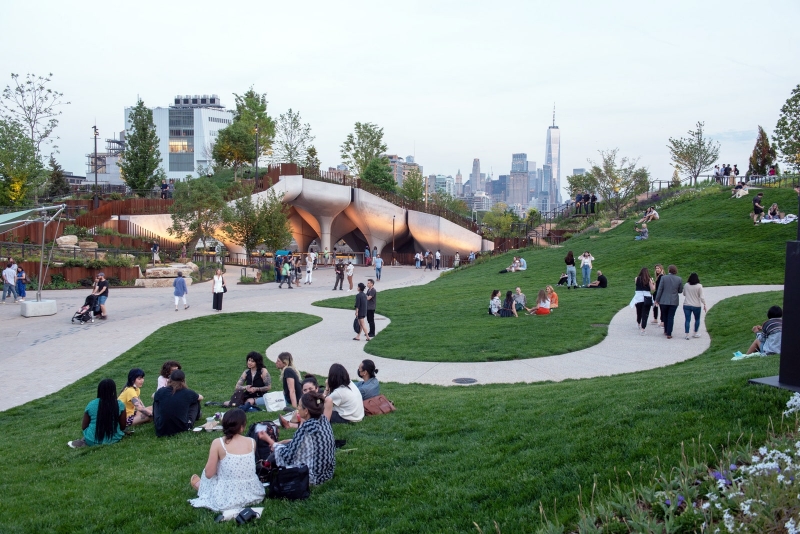 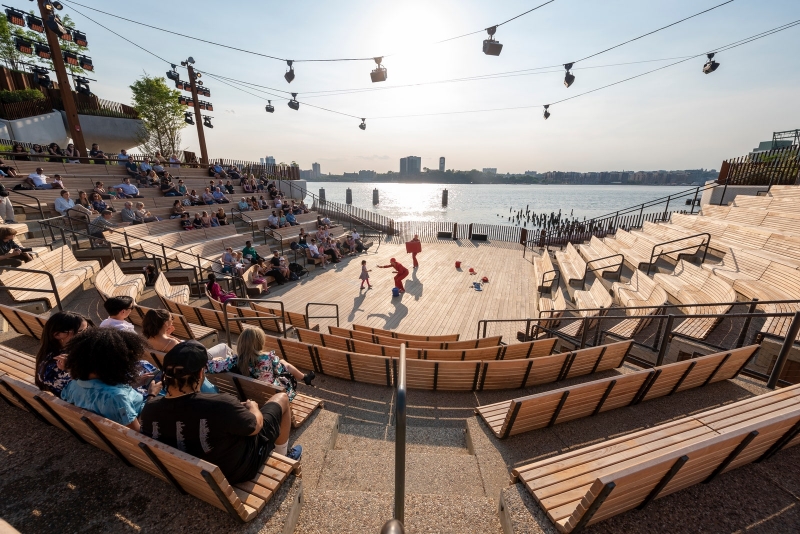