A picturesque wooden Drift pedestrian bridge designed by Volkan Alkanoglu has appeared in Fort Worth, Texas. The construction not only connected the two banks of a stream tearing apart a residential suburb, but also became an example of a new approach to design. 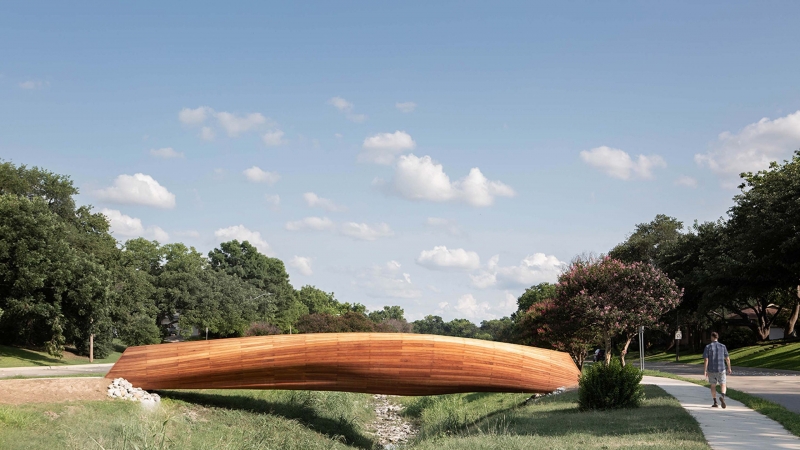 The Drift bridge project became the winner in the competition of the public art program and was implemented in the city of Fort Worth. Its design made it possible to create an eco-friendly and spectacular structure with a reasonable budget. In many ways, this became possible thanks to the urban approach, which was dubbed “Plug and Play” (Plug and Play), by analogy with computer technology. Plug and Play allows you to do all the routine work of setting up devices automatically for the user, simultaneously saving him a lot of time and effort. In urbanism, this is what the design strategy was called, which suggests building infrastructure elements outside the facility and installing them in place ready-made. 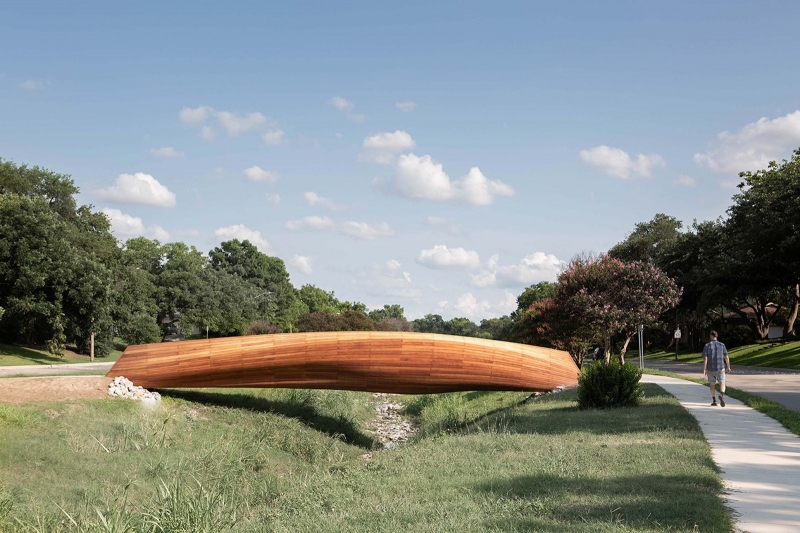 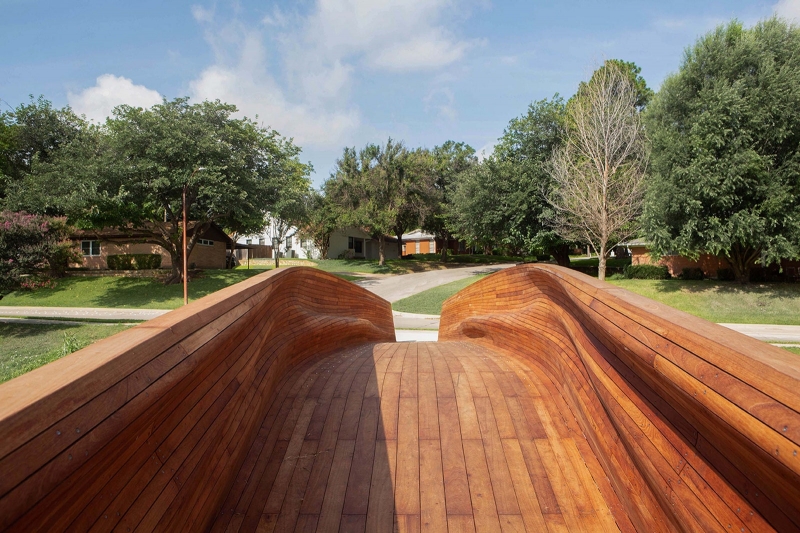 Depending on the season, the streambed is sometimes filled with water, then almost dry, but littered with branches and driftwood. This process of transformation — the driftwood and plant life that reflect it — determined the material palette and shape of the bridge. As a result, the 19—meter-long structure resembles a smooth curved branch on one side, and from other angles — a boat with sides that smoothly turn into benches. With them, Drift becomes a space for contemplation, relaxation and communication, and not just a bridge and a place of transition. 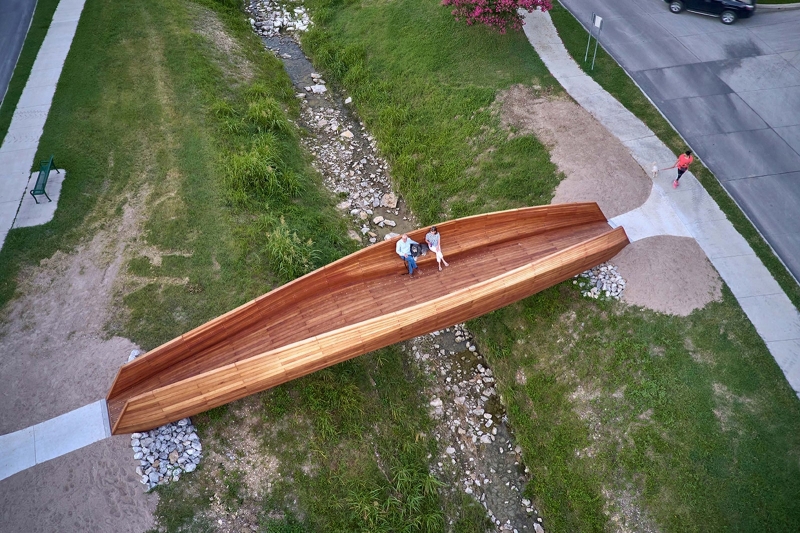 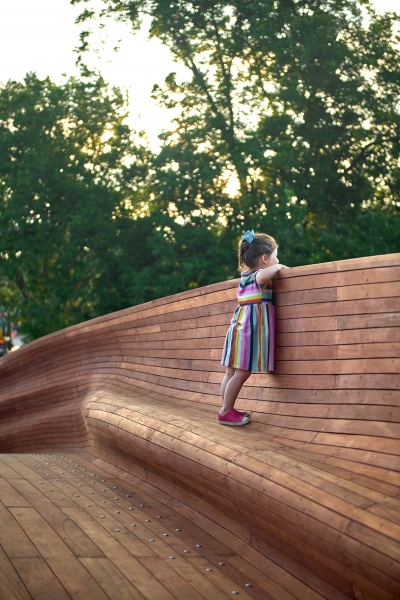 Taking an example from shipbuilding methods, Alkanoglu and a team of engineers made steel reinforcement the basis of the bridge, lining it with wooden boards. The curved shapes were calculated and cut using CNC machines and then formed into one large, three-dimensional structure. The budget was $375,000 — quite a small amount for an infrastructure project of this scale. But the main thing is not even the budget, but the timing: the bridge was fully calculated and manufactured in the workshop, and its installation on site took only four hours. 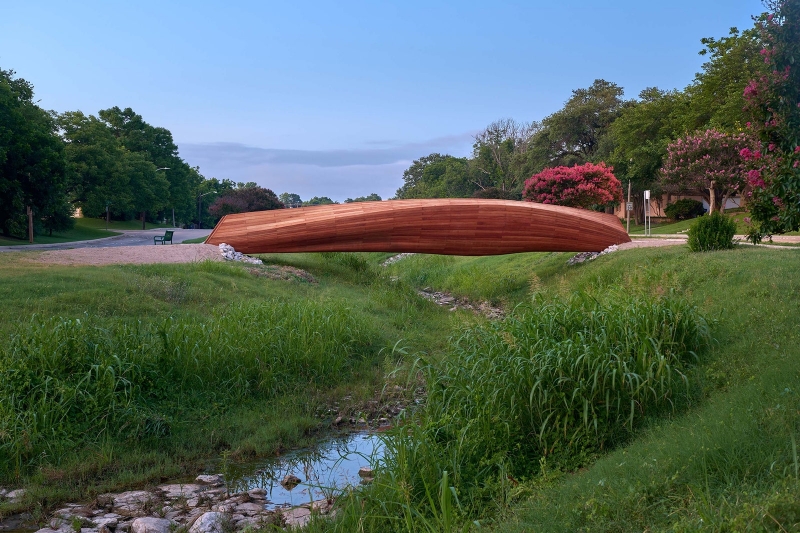 «The Weary Goddess»: the first book about architect Lin Bo Bardi has been published

The American Renaissance: a new book about the architecture of New York

Culture Generator: interview with Renzo Piano before the opening of HPP-2