The customers of RED Arquitectos asked the architects to build a holiday home with a view of the Pacific Ocean. 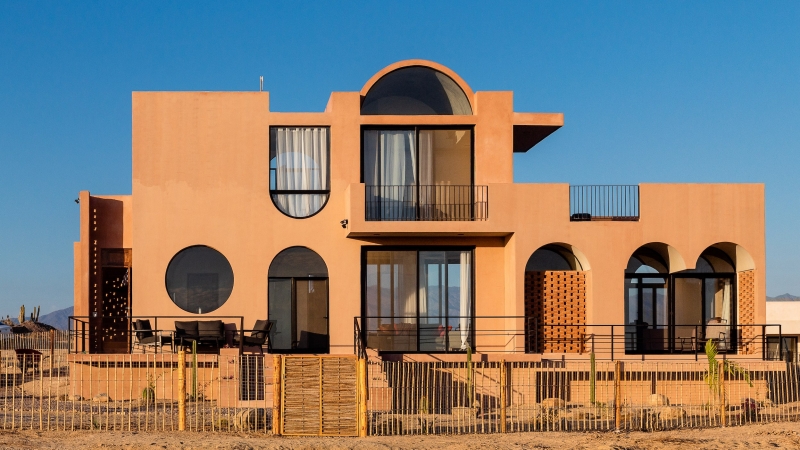 Casa Calafia is located in Todos Santos, a small settlement in the Mexican state of Southern Baja California. The residents of this city greatly honor their heritage — both architectural and cultural. 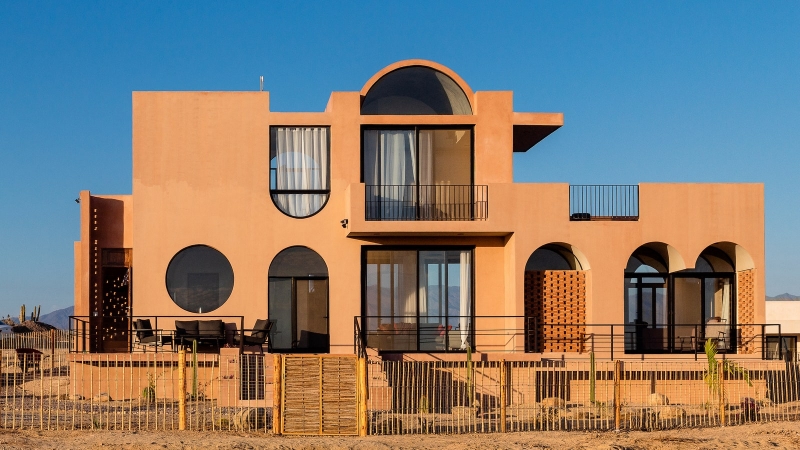 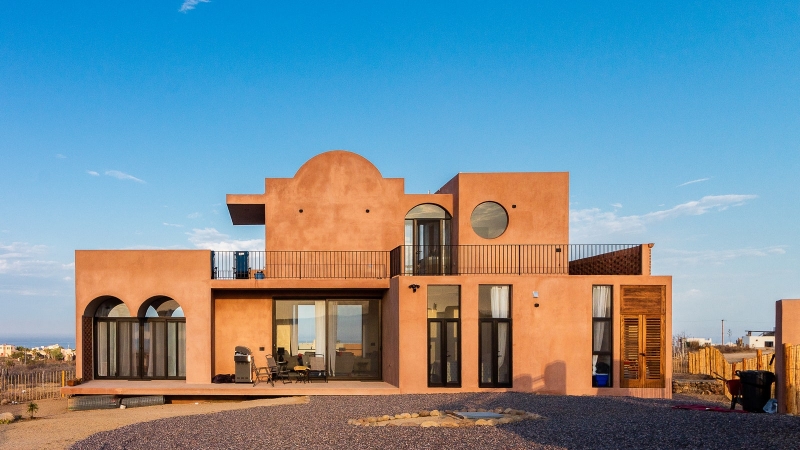 The name of the project was borrowed from the novel “The Adventures of Esplandian”, written in the 1500s and telling the story of the warrior queen Kalafia. The fictional heroine eventually began to figure in mythology as the patroness of California, after whom this land was named. 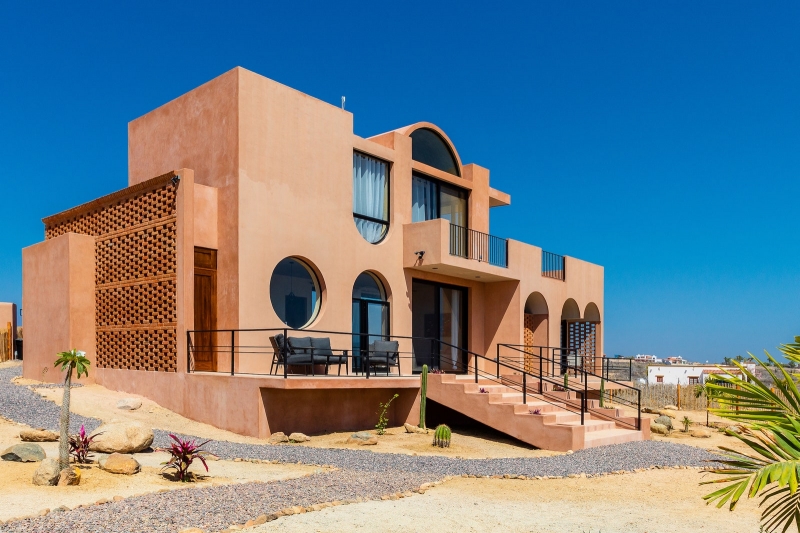 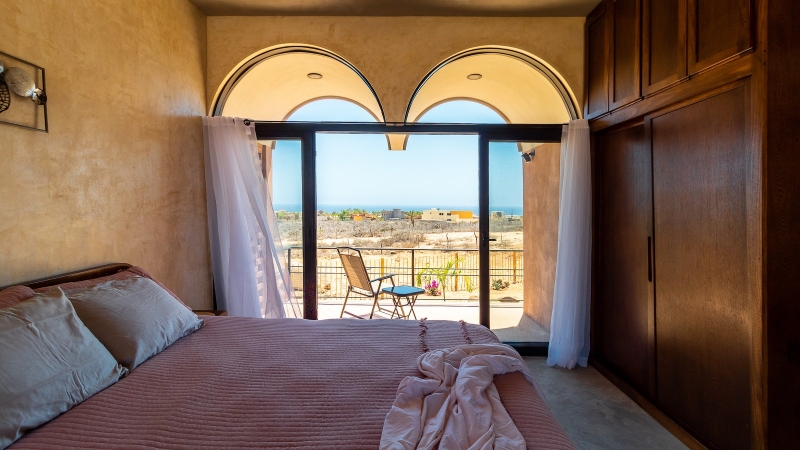 The house is built of concrete blocks, as it is the most affordable material in the area, and its facades and interior walls are covered with cement and natural pigments that give the building a natural sandy hue. 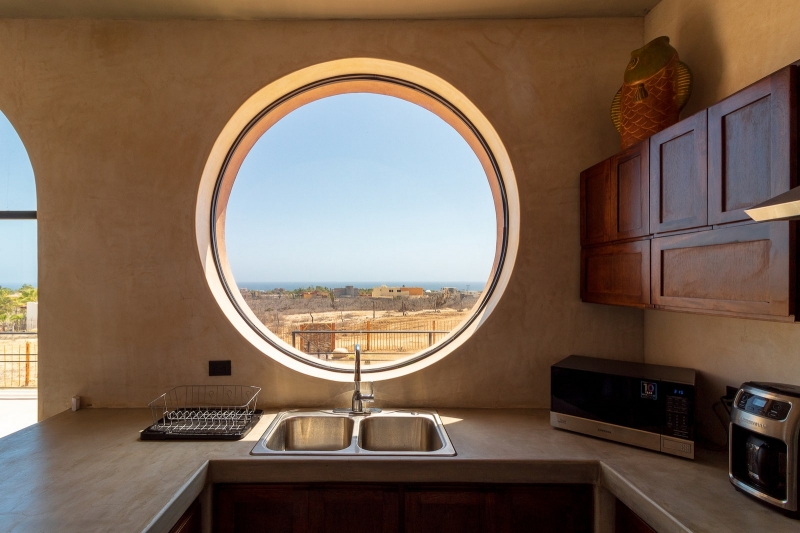 On the ground floor, the house is surrounded by a large terrace, which is slightly raised to open the best views of the surrounding area. There are two guest bedrooms, a kitchen, a living room and a dining room with ocean views. And an external staircase leads to the upper level, partially covered by a brick wall. There is a master bedroom with a private bathroom and, of course, a terrace. 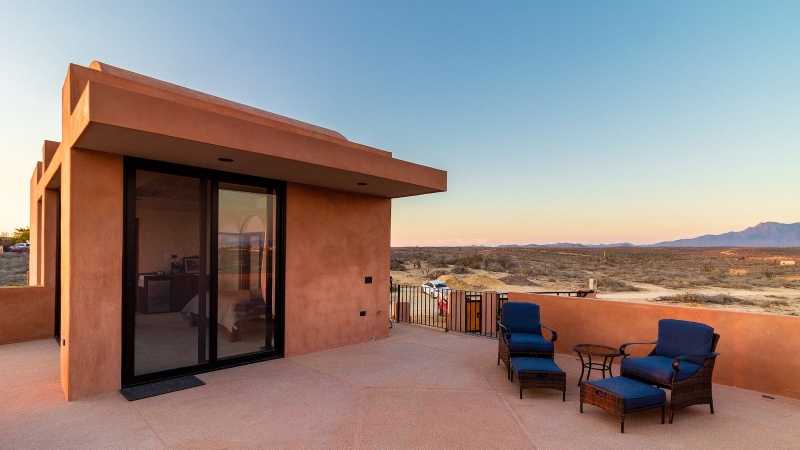