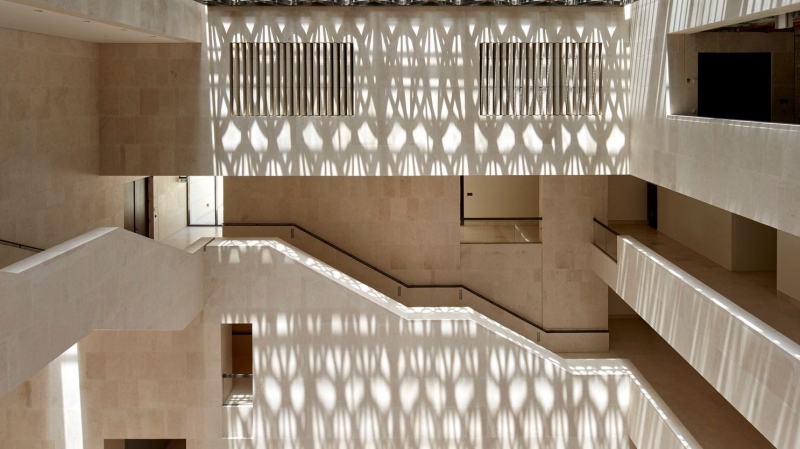 The Musheireb district in Doha is both the heart of the Old City and a real quarter of the future. By the beginning of the 2000s, the city center was completely deserted and a plan was developed for the global renovation of one of the oldest quarters: a modern innovative area of 31 hectares without cars, with trams, metro and pedestrian routes, a new mosque and museums grew up here on the site of a dilapidated old building. Recently, a cultural forum created by British architects John McAslan + Partners officially opened here. 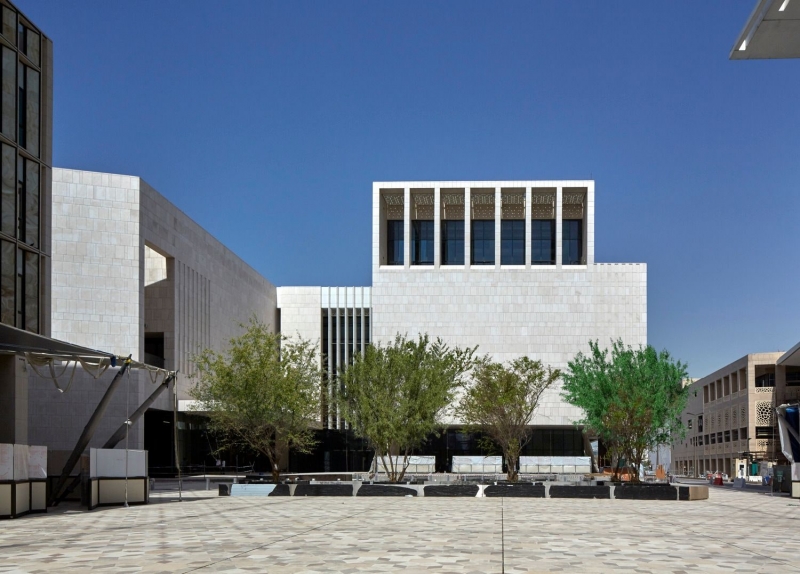 Created as a platform for the fashion and design industry of Qatar, the M7 Cultural Center combines the functions of a museum and a center for creative technologies. A Christian Dior retrospective was prepared for the opening of the building, which will be held as part of the Qatar Creates program. 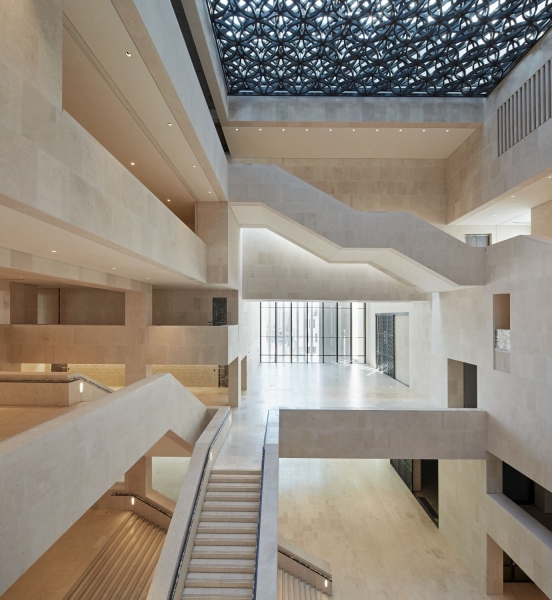 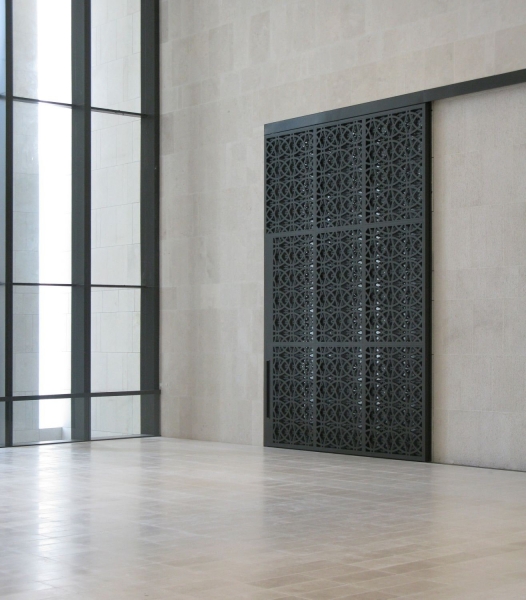 Like most of the new buildings of the Musheyreb quarter, the new cultural forum in its architecture combines modern laconicism, conciseness of forms and volumes, the traditional light color scheme for the Arab East and decorative techniques characteristic of the region, which favorably distinguishes Musheyreb from the faceless international development of the business center of Doha, and the Emirates as a whole. According to the authors of the project, the district is designed to combine innovation, sustainable development and Doha’s own heritage and become a model for the development of the city. 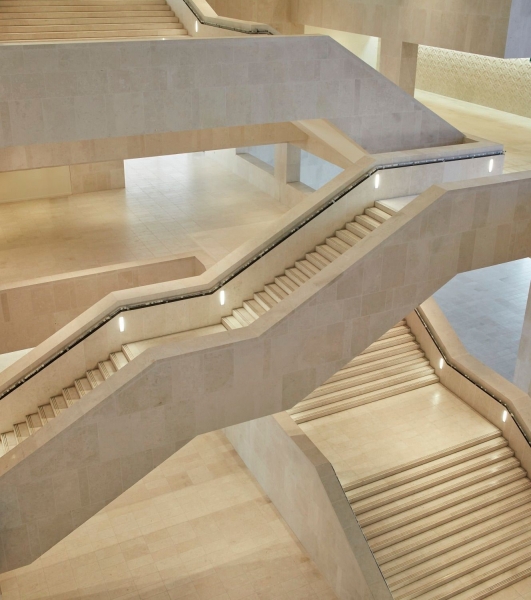 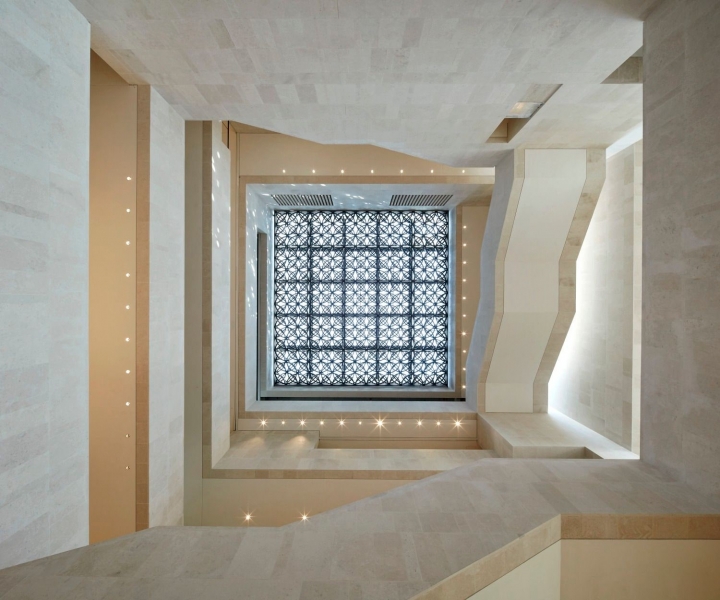 «We wanted to design a building in which tradition and modernity are intertwined,» says John McAslan. «Inspired by a traditional Qatari house, the building is conceived as a massive stone block from which spaces and courtyards are «carved”.» 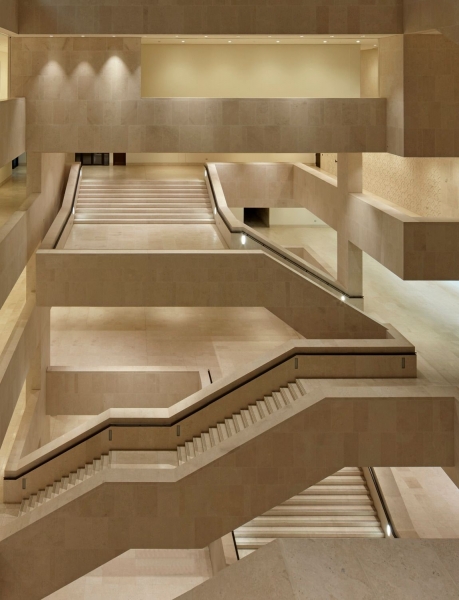 Externally, the laconic building inside impresses with the plasticity of heavy grand staircases that permeate the atrium space. A ceiling screen with a traditional Arabic pattern creates a spectacular chiaroscuro pattern characteristic of local architecture. The openwork multi-layered ornament is also repeated in the doors of the cultural forum. Located on the roof overlooking the new Al-Baraha Square, the restaurant creates a dialogue with the new flagship Mandarin Oriental Hotel located opposite, also designed by John Macaslan and partners. 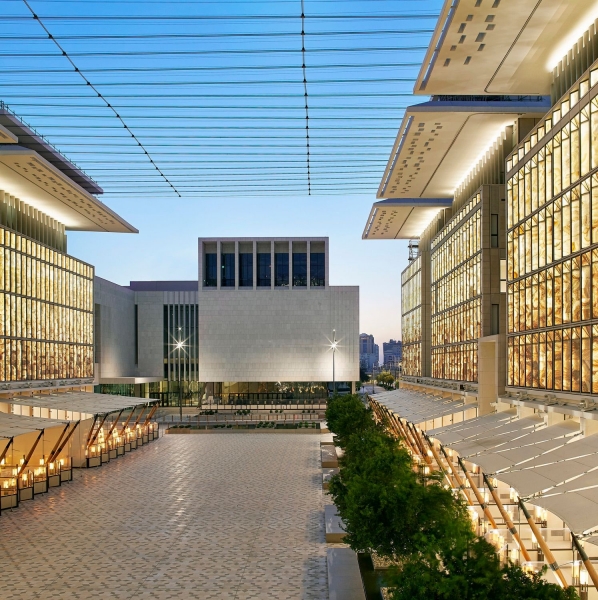