On August 22, after a lengthy reconstruction, the building designed by architect Ludwig Mies van der Rohe, nicknamed the icon of modernism, will reopen to visitors. David Chipperfield’s office started the reconstruction of the gallery in 2012. The architect was commissioned to carry it out with “surgical precision” — it was necessary to preserve the original design and vision of Ludwig Mies van der Rohe, while modernizing it in accordance with modern technical standards. 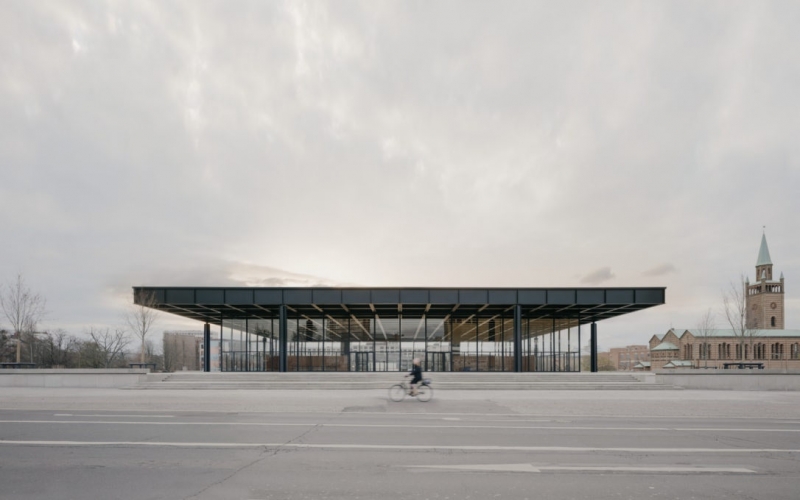 After dismantling, restoring and reinstalling 35,000 building elements (stone cladding and interior decoration details), the project was completed in April this year — at an online ceremony, the architects symbolically handed over the keys to the building to the Berlin State Museums Association and the Prussian Cultural Heritage Foundation. Very soon, the gallery will host the first exhibitions — expositions of the Italian-born video artist Rosa Barba and the American sculptor Alexander Calder. The new National Gallery was designed in 1963-1968 by the legendary German architect Ludwig Mies van der Rohe — this was his last major project in his career. One of the features of the gallery is the almost complete absence of walls and halls. The building was used for more than 50 years until it fell into complete disrepair. Reconstruction of the New National Gallery has been completed in Berlin Wooden pavilion on the canal in Bruges