Italian designer Samuele Mazza has been living behind bars for a year. And he does it solely on his own. 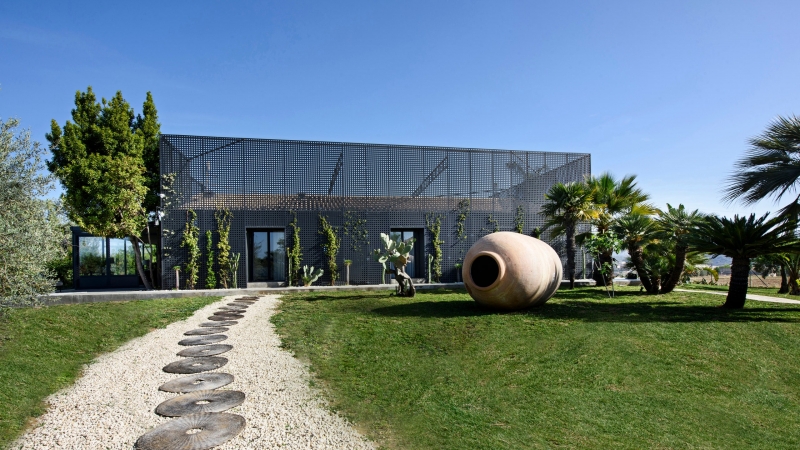 In 1693, Sicily experienced a powerful earthquake, many buildings were destroyed, and the city of Noto was completely wiped off the face of the earth. But it was this long-standing tragedy that served his current fame: Noto was rebuilt in a relatively short time in a single style, and now it is the most important monument of the Sicilian Baroque architectural style, which is particularly magnificent. The city even has the status of a UNESCO heritage site, which attracted Samuele Mazza here. 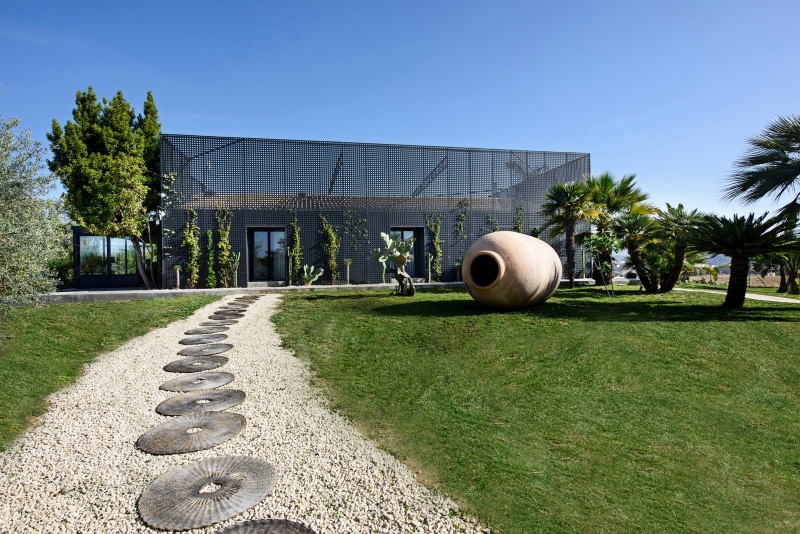 The house of Samuele Mazza is surrounded by a metal grating that removes heat and an electric field from it. The distance between the grille and the facade is a meter, and dogs sleep there at night.

This native of Sicily is a jack—of-all-trades, what he just did not do in his life. Samuele is best known as a furniture designer (he is one of those who stood at the origins of the Visionnaire brand), but that’s not all: he worked in fashion and on television, published books, invented movie sets. Now, according to Mazza, he is busy “making Sicily great again.” “We are creating a new tourist area of incredible beauty — Riviera Barocca. It’s right across from Malta, in the heart of the Mediterranean Sea,” he says. 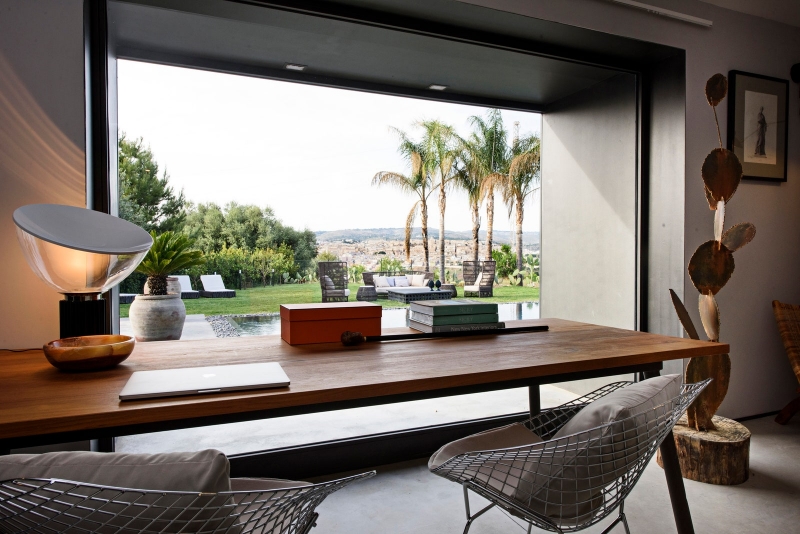 Samuele has a Baroque mansion in Nato itself (as well as housing in Palermo and Rome), and a couple of years ago he bought another house about a five-minute drive from the city because he was fascinated by its location. “From here you can enjoy views of the Baroque city, the sea and the countryside — these are the three dimensions that now define my life,» the designer philosophizes. ”I like to look at the world from this angle, I just open the window and see the endless blue sky in front of me.» 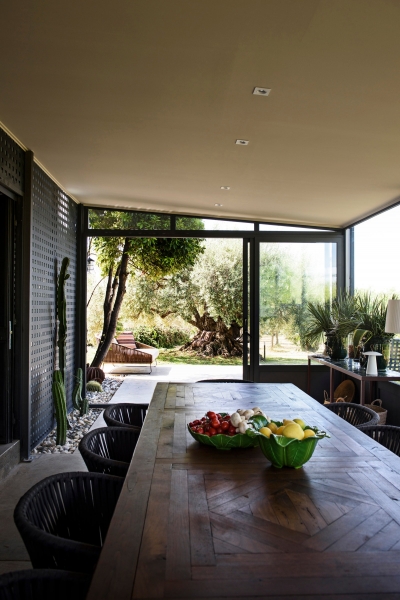 The table top of the dining table is made of French parquet. It has traditional ceramics from Sicilian Ragusa on it. 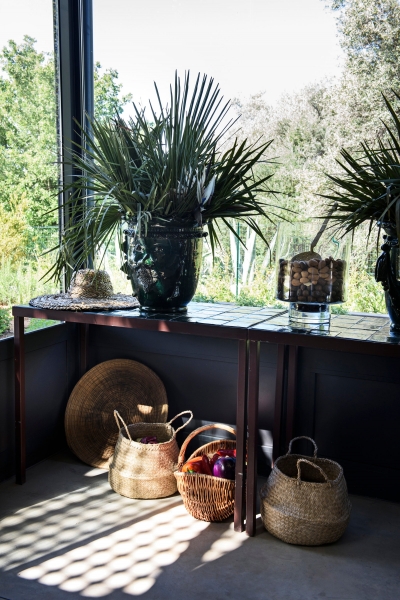 In the summer dining room there is a console designed by Samuele Mazza. 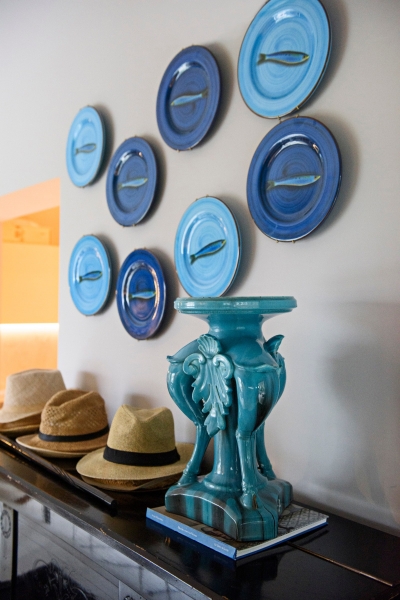 On the wall are plates designed by Mario Luca Giusti.

The house itself was so—so — an expressionless box built in the 1980s for an inexpensive B&B hotel. The new owner did not want to spend half his life on repairs and figured out how to redo the house without a large construction site. “I decided that it would be a project in the spirit of bioarchitecture,” says Samuele. He surrounded the house with a metal grid that works like a Faraday cage — the British physicist Michael Faraday invented this thing in 1839 to protect devices from external electromagnetic radiation, and in our case it protects the inhabitants of the house from an electric field. In addition, the grille absorbs some of the heat, removing it from the facade, and most importantly, radically changes the appearance of the building. Mazza put jasmine on it, which will grow over time, and the house will look even more interesting. 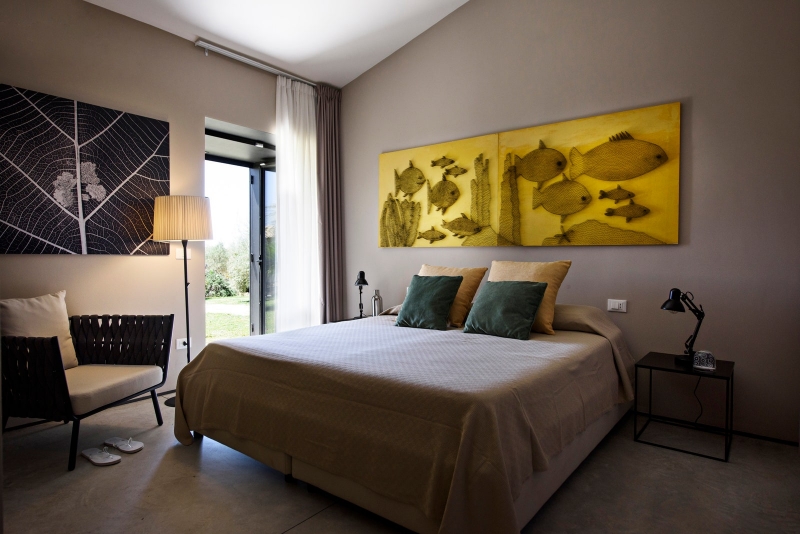 On the bedroom wall is a panel by Giuseppe Roscov Mazza. Take a closer look: it’s made of nails. The bed is designed by Samuele Mazza.

Inside, everything is arranged unassumingly, but picturesque. “I choose furniture the same way I choose food,” says the owner. The interior is really somewhat similar to Italian cuisine, when everything is simple, but very tasty. To tell the truth, we decided to publish this story precisely because the designer’s house radiates joy and fullness of life, and this is very Italian. “I hope Russians will also come to Sicily to enjoy the sun, the sea, culture and local cuisine,» says Mazza. — Don’t be afraid of anything: we have already defeated the mafia.” 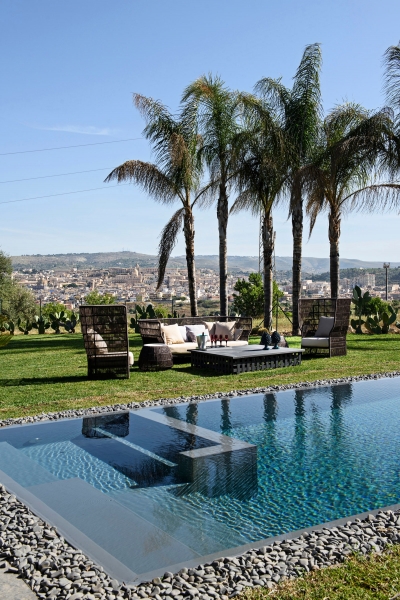 Swimming pool with a view of the Baroque Noto.

5 Facts about the Academy Film Museum in Los Angeles