Local Estonian studios Salto Architects and Stuudio Tallinn have transformed the cruise terminal in Tallinn into a new urban space for adults and children. 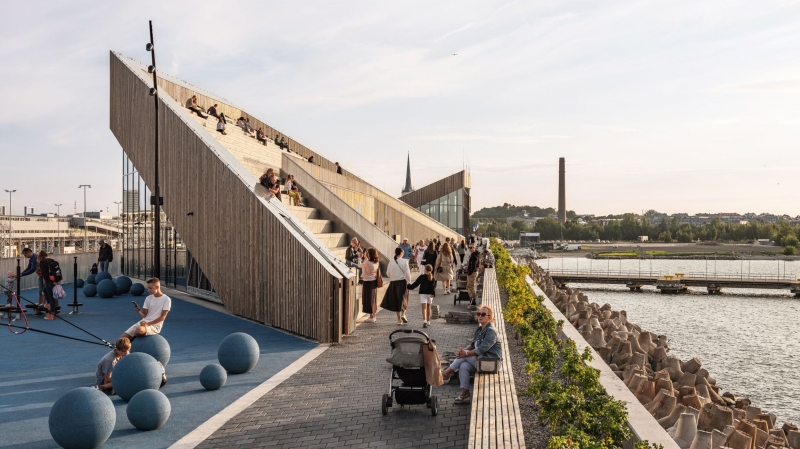 The task of the architects was to build a terminal on the north-western dam in the port of the Old City, which will be popular not only during the cruise season, but also throughout the year. Therefore, Salto Architects and Stuudio Tallinn studios designed the station building with a public platform on the roof. 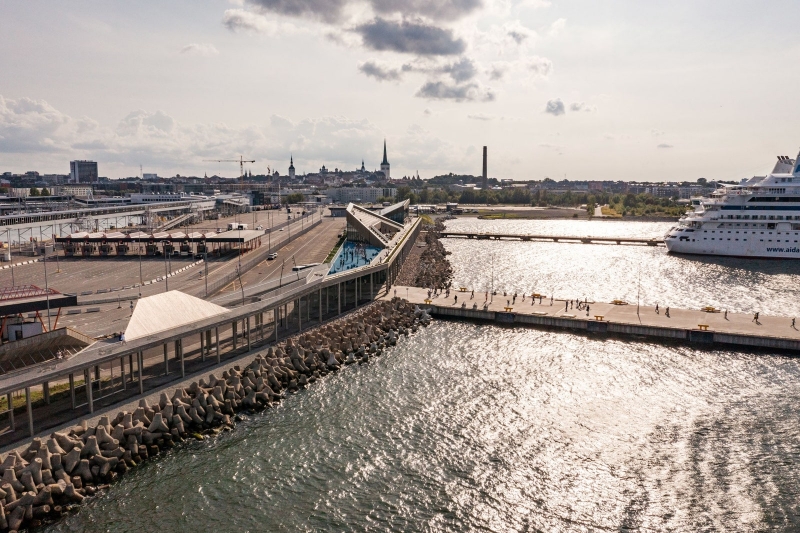 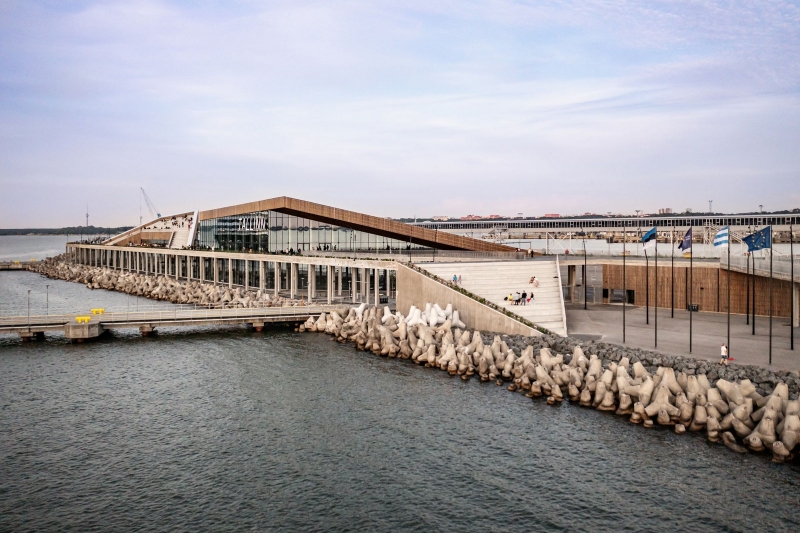 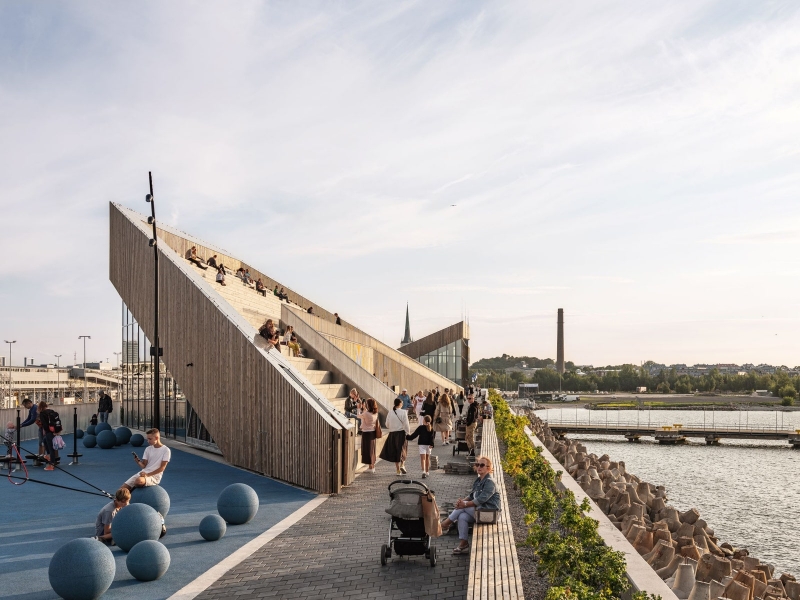 Functionally, the complex is divided into two levels – on the lower there are zones intended for cruise tourists, and on the upper there is an embankment open to everyone. 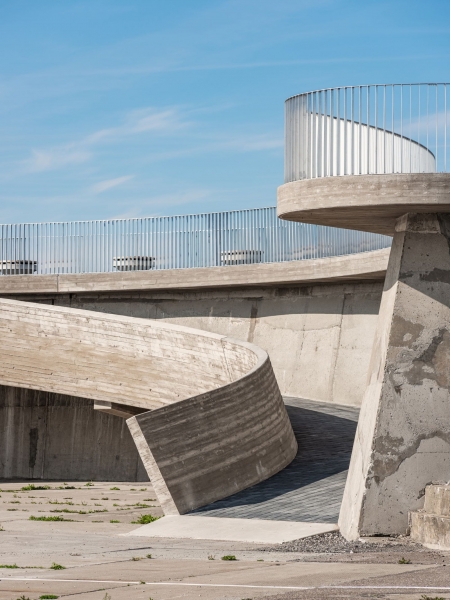 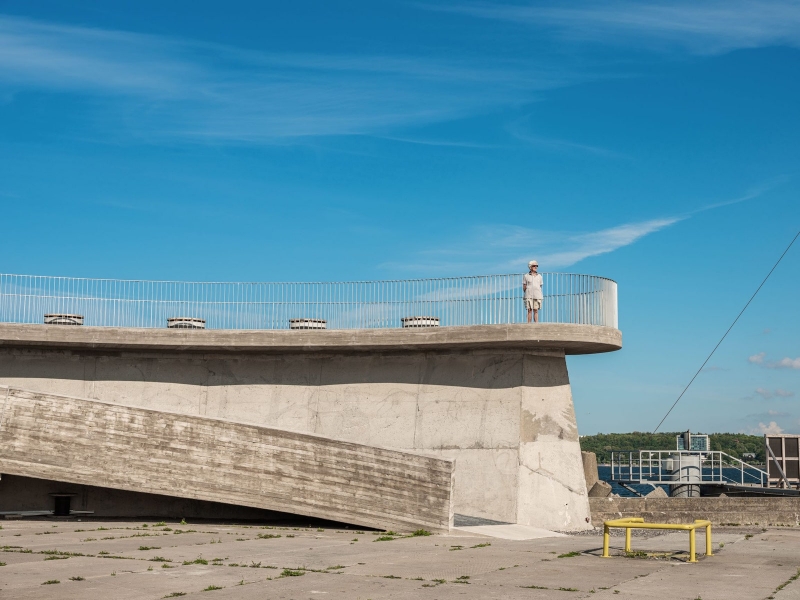 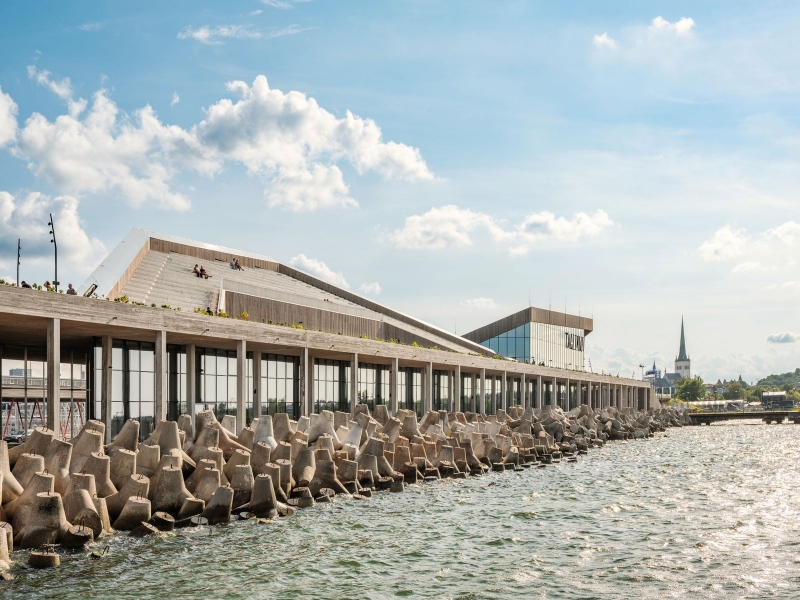 Huge steps form an amphitheater that can be used for concerts, events or just to enjoy the sea view. In addition, the waiting rooms, thanks to sliding walls and mobile passport control booths, can easily be transformed into spaces for exhibitions and fairs even in off-season. 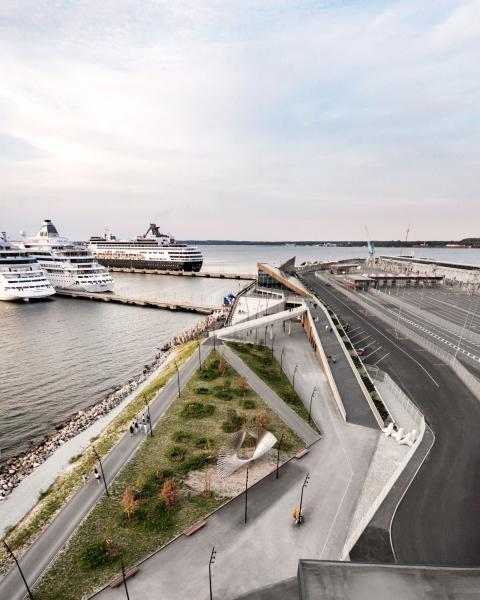 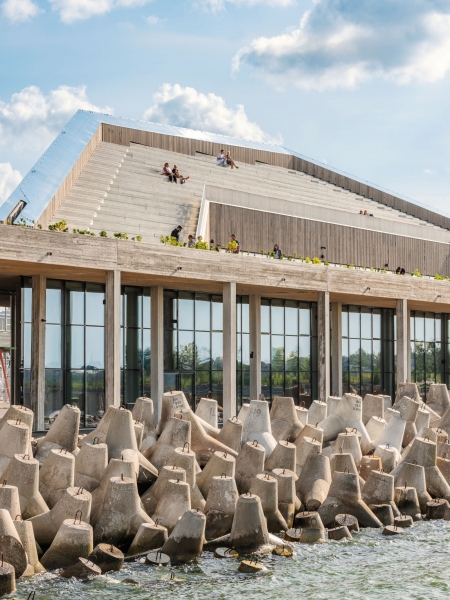 The architects also worked on the space around the terminal — the embankment was landscaped, and a playground for games and sports was equipped nearby. For those who plan to relax, there is a restaurant with panoramic windows under the steps. 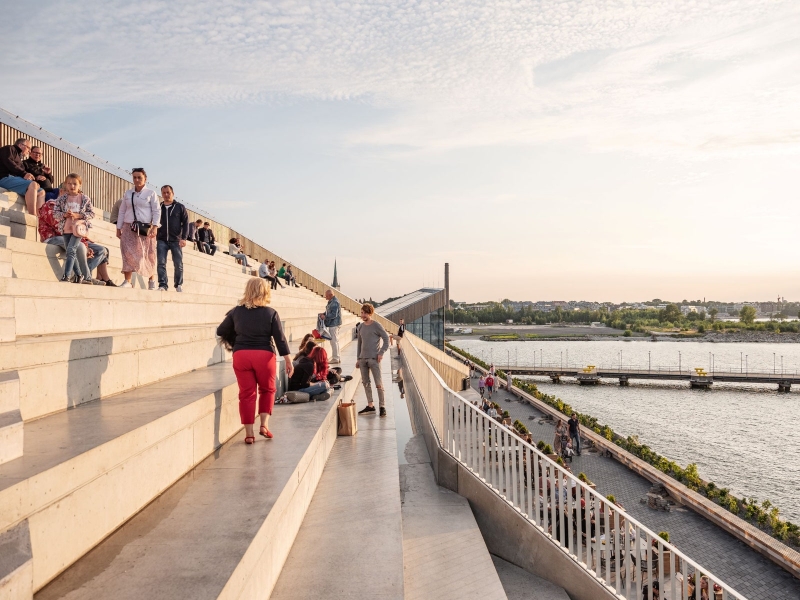 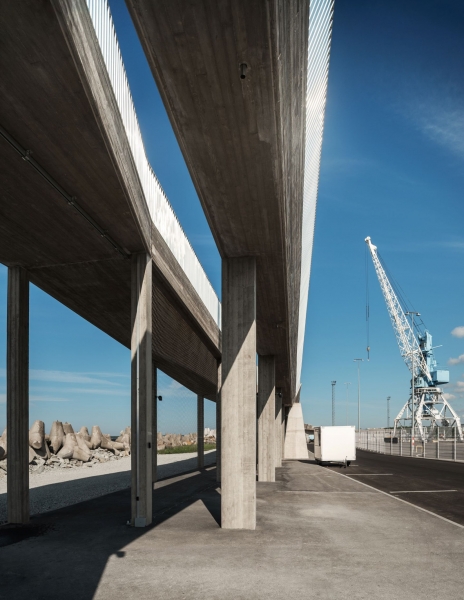 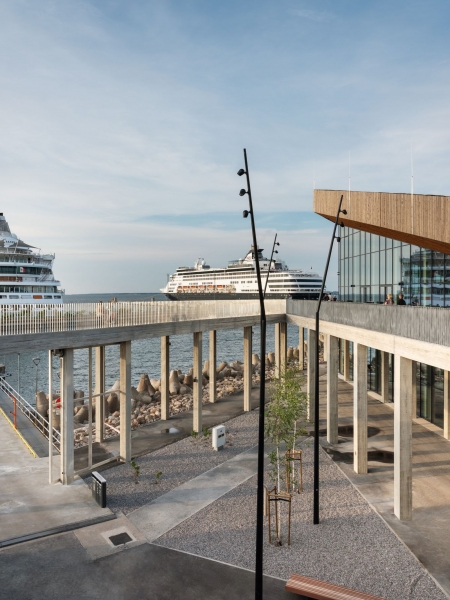 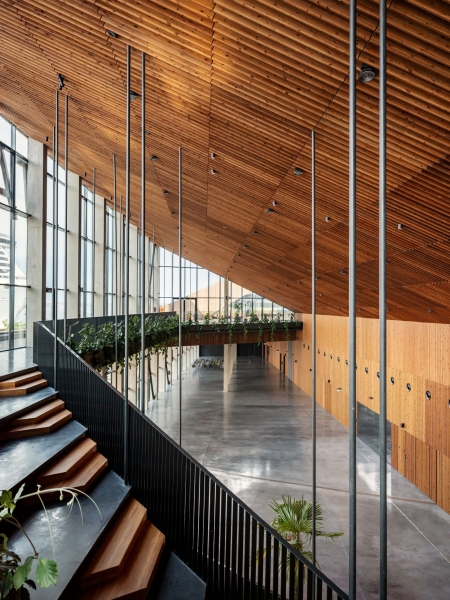 Results of the year 2021: the most high-profile events in the world of architecture