On the Day of Knowledge, we decided to talk about schools. The way a school looks depends largely on the country. And it’s not just about financial opportunities, but also about the influence of climate and local traditions. We have gathered seven different modern schools to show how children from all over the world learn. 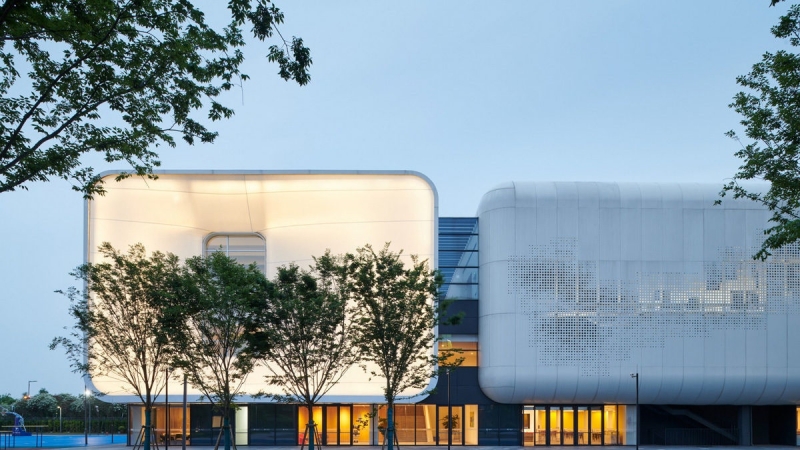 In China, from 30 to 70 people can study in one class. Therefore, they need schools of appropriate sizes. For example, this one is a whole block with an area of 50,000 m2 and resembles a small village, where instead of residents there are more than 2,000 students aged three to fifteen. 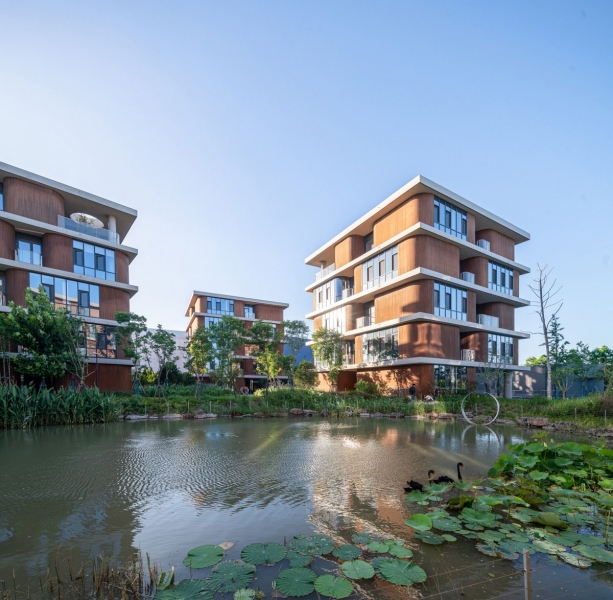 In China, the concept of “megastructures” is widespread, when they try to accommodate the maximum number of rooms with different functionality in one building. But in this project, the architects of Open went from the opposite and built a separate structure for each structure. 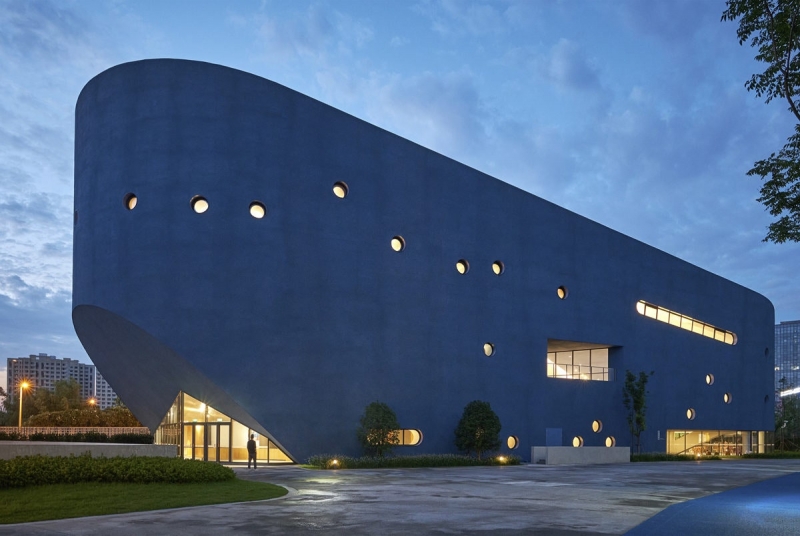 The complex includes a kindergarten, primary and secondary schools, an art center and a library-theater in the form of a whale. In addition, there is a building with a gym and a swimming pool, as well as dormitories. 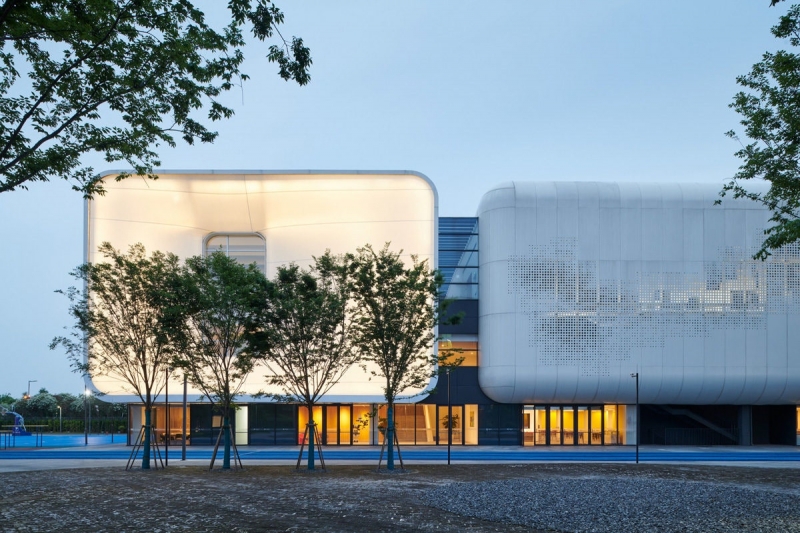 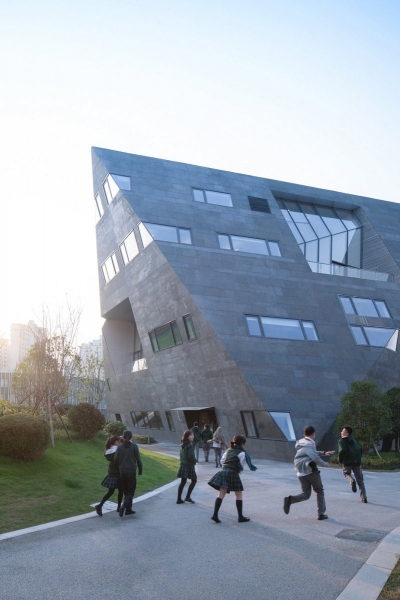 In this project, the architects needed to build a school and a kindergarten on a tiny plot of land that previously lacked space even for a playground. Accordingly, it was possible to expand only upwards, so the bureau built a multi—level building divided into two parts: one side was occupied by an ordinary structure, and the second by a multi-storey open structure. 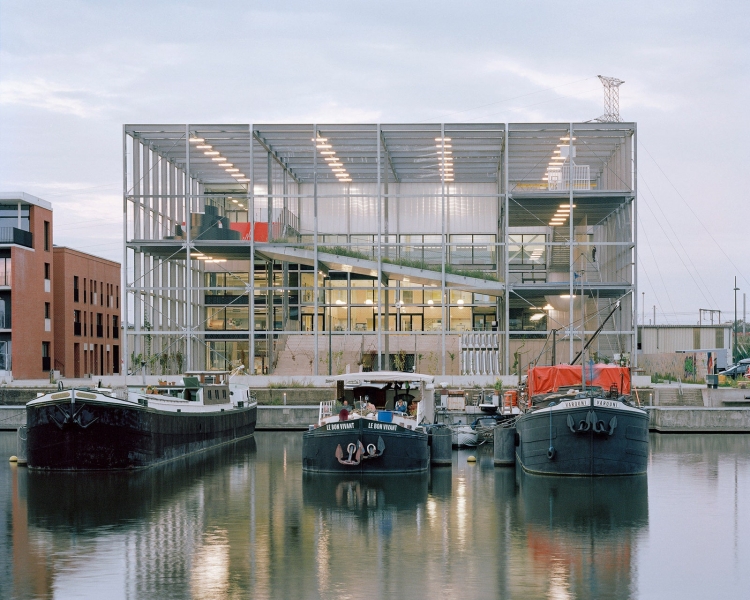 In fact, the frame is the exoskeleton of the school, which also protects children from direct sunlight. In the closed part there are classrooms on the first and second floors, a double-height dining room, as well as indoor sports fields on the third and fourth floors. The interior spaces are organized in such a way that they can work independently, thanks to the use of automatically locking doors. 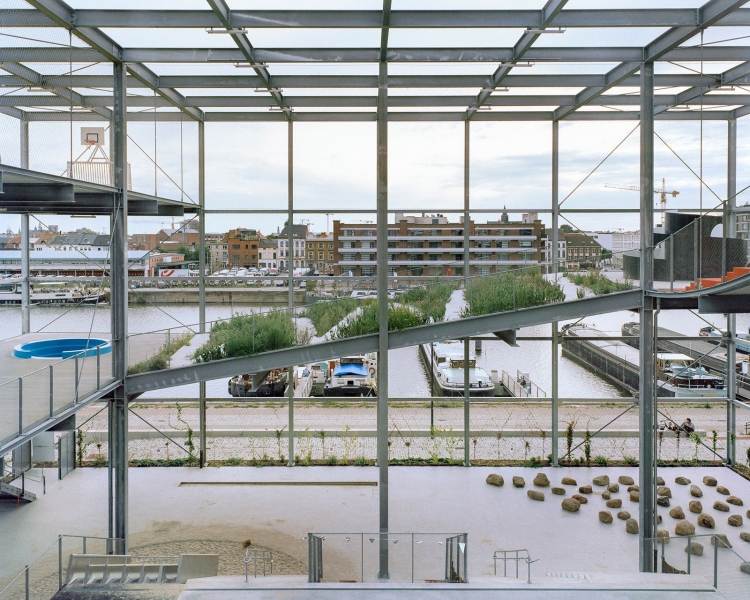 School for girls in the Indian desert

Children from families living below the poverty line will study at The Rajkumari Ratnavati School. The building is located right in the middle of the Great Indian Desert in Rajasthan, so you can only get here by bus. The peak temperature here reaches 48 ° C, so it is not surprising that the architects placed a canopy of solar panels on the roof. The building was built of local river-cut sandstone, and the shape was chosen symbolically: the design of three ovals embodies feminine strength and infinity, and also resembles the wavy sand dunes of this area. 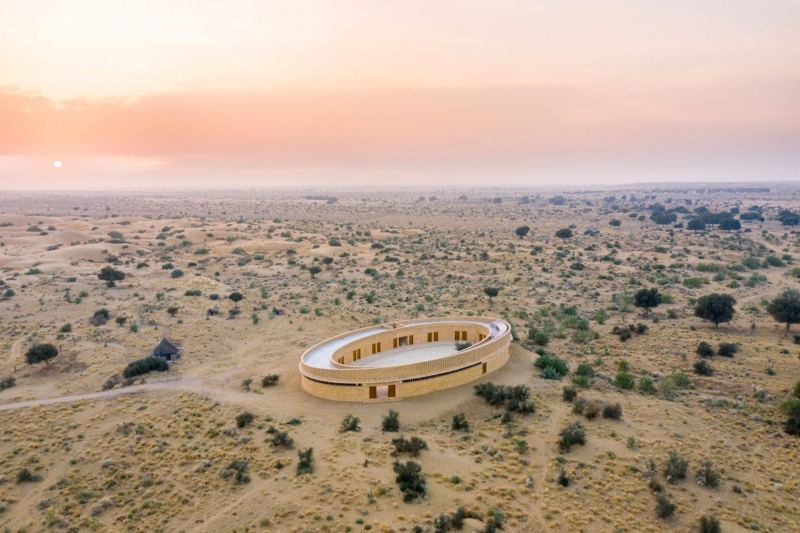 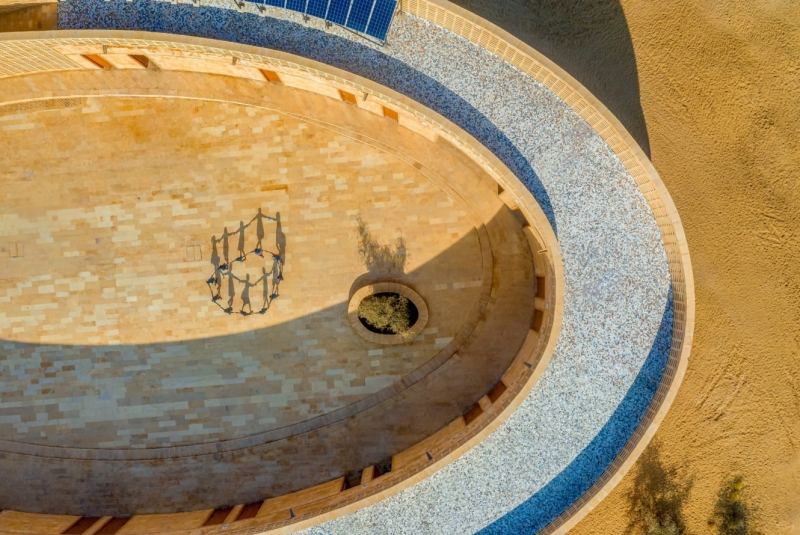 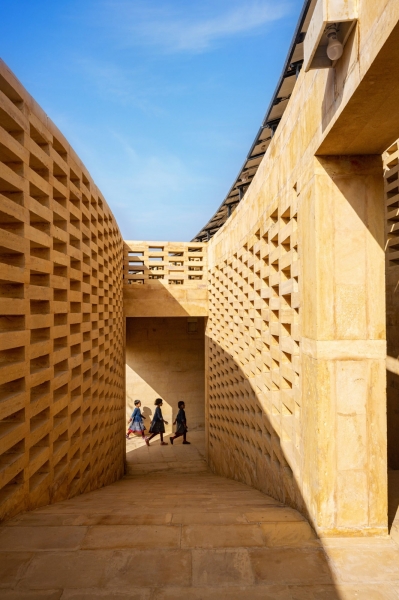 A school with a protective pergola in India

In the state of Rajasthan, the weather is hot most of the year — the temperature rarely drops below 35 degrees Celsius. Therefore, the architects were faced with the task of designing a school building that would be adapted to a difficult climate. 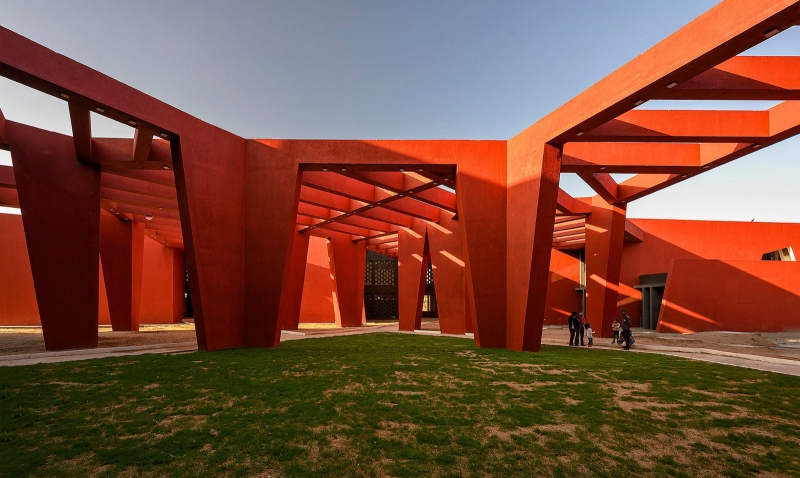 The Sanjay Puri Architects bureau has erected a three-story structure with walls angled to shade the sun. And the architects protected the large central courtyard with a pergola, which allows only part of the sun’s rays to pass through. 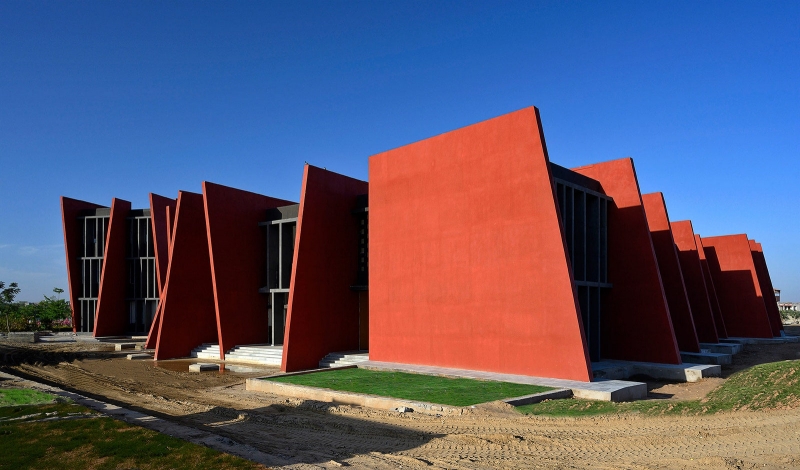 Redbridge is an international school located in the heart of Lisbon, in the popular area of Campo de Orica. The construction site was small and not very convenient: it was divided into two parts by an old building. In addition, there was a restriction — no more than four floors in height. Therefore, the architects had no choice but to build two buildings united by one style. 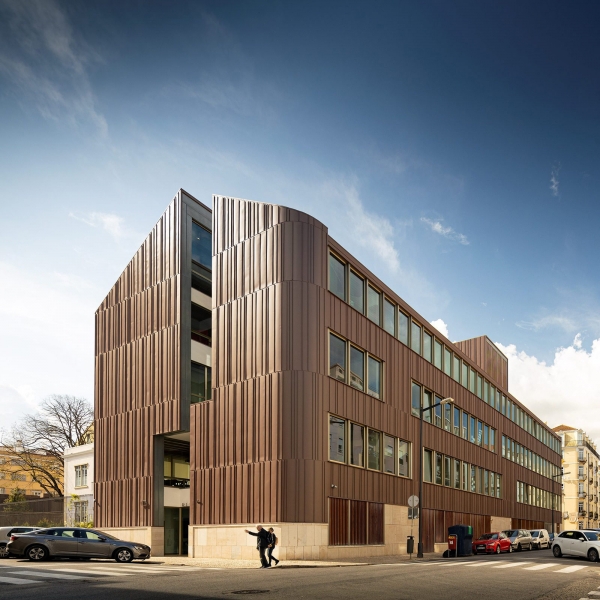 The southern pavilion — small and hidden among lush trees — became a kindergarten. The ARX Portugal bureau made its roof flat and operational — it became a logical continuation of the playground, for which there was not much space on the site. And in the main building there are classrooms, a dining room, as well as a multifunctional space for large events, a gym and a playground. 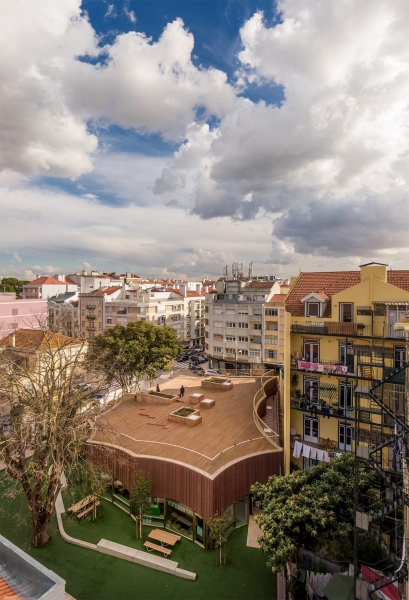 When the municipality of the tiny Czech village of Vrzesovice in South Moravia agreed with the church to transfer the rectory and the parish estate to municipal ownership, a condition was set: the building should not just stand and collapse, it should be full of life. Therefore, since 2013, an elementary school has been located in the baroque house, and a couple of years later a kindergarten with a kitchen and a dining room opened in the wings, which are also used by the elementary school. 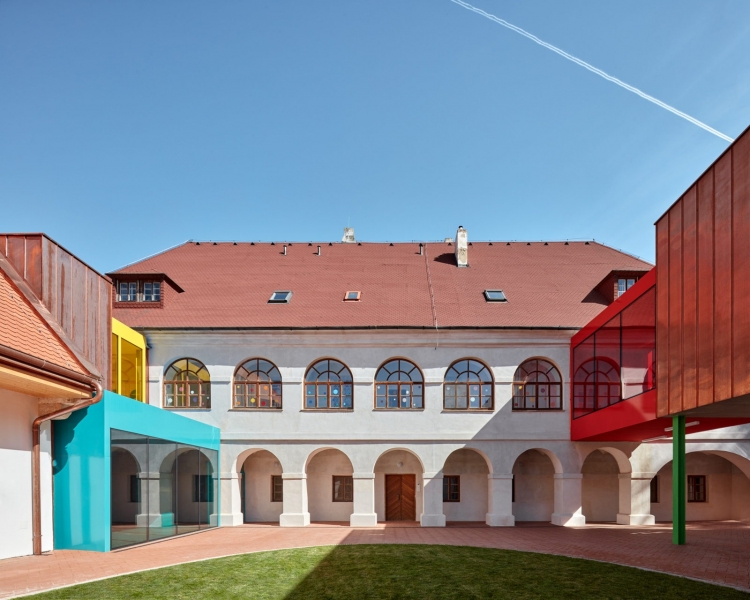 Over time, there were not enough rooms, so the municipality invited two studios — Public Atelier and FUUZE — to make a cool modern school out of old buildings. To do this, the architects rebuilt the interior, added passages and new parts, which fit four more classrooms and a sports hall. 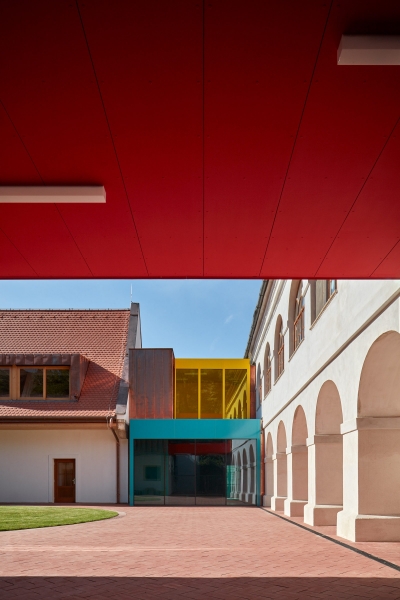 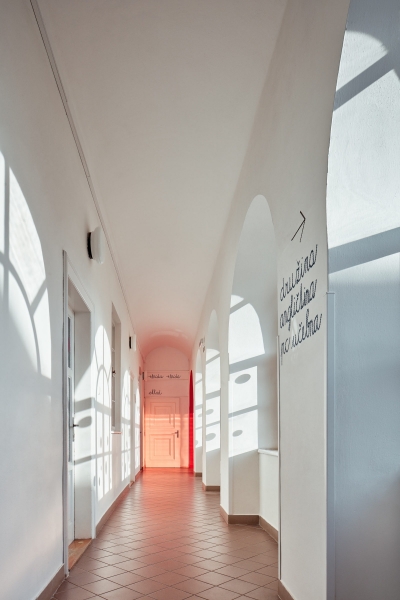 A school with a metal facade in Denmark

Kalvebod Fælled school got its name because of the nature reserve of the same name, which is located nearby. The building is literally located on its territory, so the windows offer a beautiful view of the field and pond. 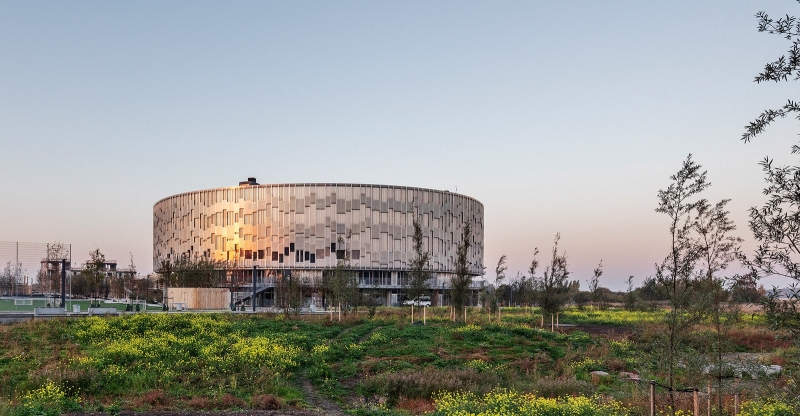 The architects placed classrooms and public areas around the perimeter of the circular building, and in the center they made a triple-height atrium with a gym. In all the spaces, many small windows were also installed in a staggered order, which evenly let in natural light. On hot and sunny days, they can be closed with special blinds-panels that cover the facade of the building. They are made of perforated metal sheets and can move up and down, adjusting the intensity of lighting and protecting from glare. They can be set in motion manually or set to work automatically. 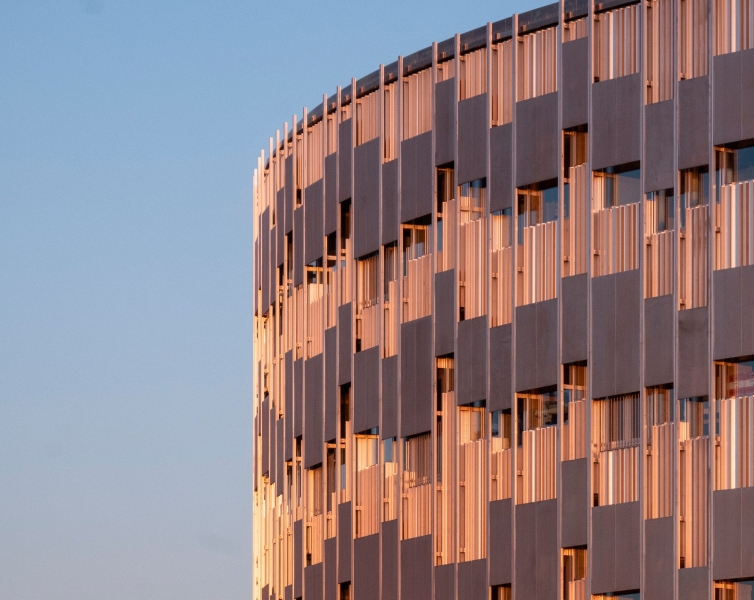 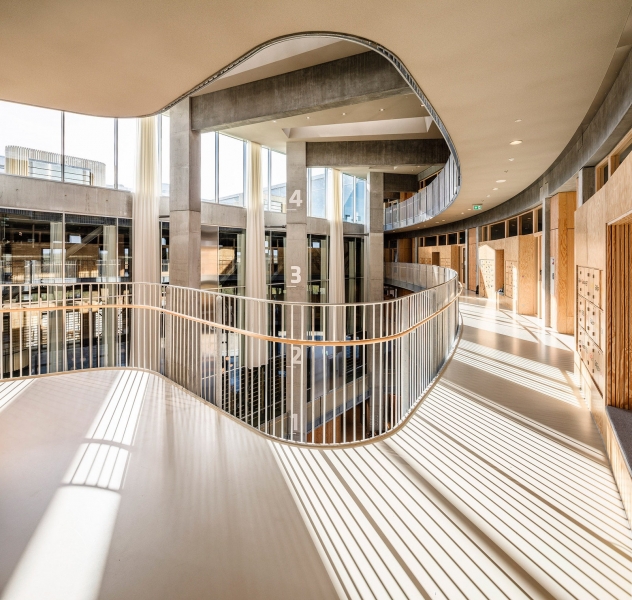