10 photographers made a trip to Italy and captured the architectural monuments of the peninsula. We tell you what came out of it. 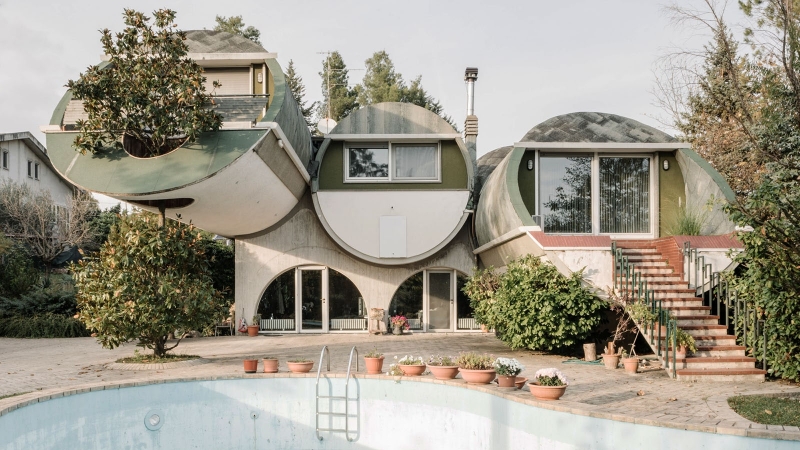 The streets of the city of Salemi (Sicily). Photo: Roberto Boccaccino, Piazza Alicia.

It is no secret that there are many outstanding architectural structures in Italy. But no less important is the fact that modern buildings occupy a special place in the architectural heritage of the country. This is probably one of the main features of architecture here: historical monuments that have gained fame all over the world harmoniously coexist with little-known buildings. Capturing such a stylistic diversity is not an easy task. Anyway, 10 young photographers went on a journey into the world of Italian architecture. And the result of their trip was a series of photographs presented at the Triennale Design Museum in Milan. The exhibition was curated by Matteo Balduzzi, Alessandra Cerroti and Luciano Antonino Scuderi. The Ministry of Culture and the Museum of Contemporary Photography also participated in the creation of the project. 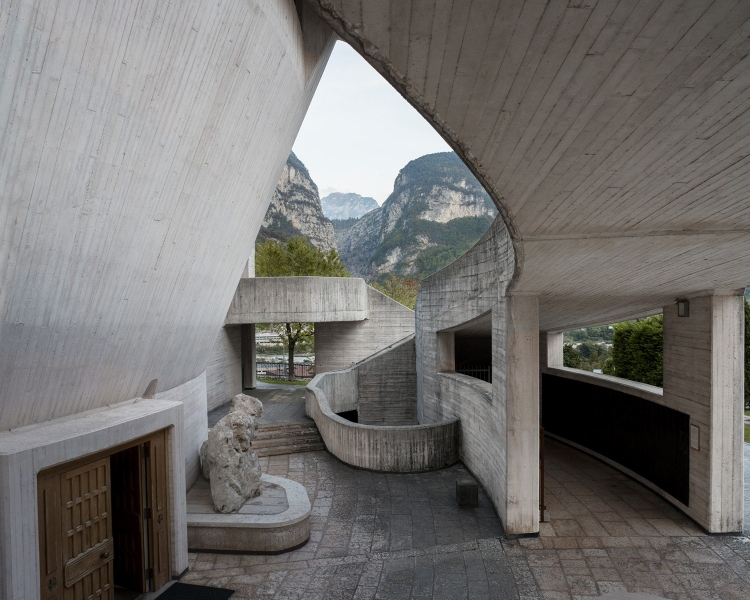 Cathedral of the Immaculate Conception of the Virgin Mary in Longaron. Photo: Marina Caneve

From traveling along different routes, young photographers brought with them 110 pictures demonstrating the diversity of modern architecture in Italy. “Photography and architecture prove once again that they complement each other harmoniously,» says Culture Minister Dario Franceschini. — In general, I think that, like the project for the Atlante Architettura Contemporanea website, this exhibition will help preserve the connection of the present with the past. We also decided to entrust this mission to photographers under the age of 40, thereby helping to reveal new talents.” 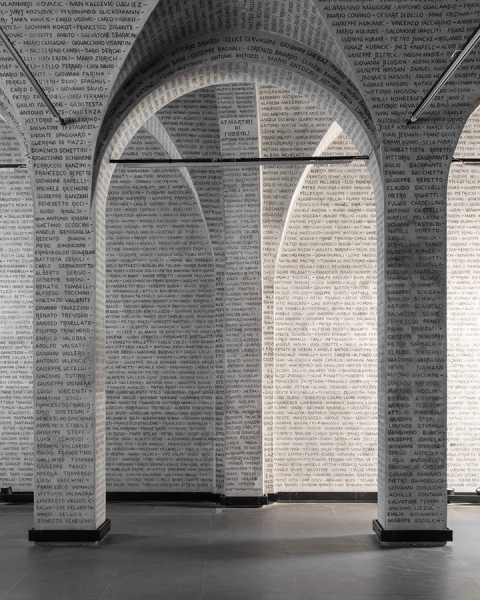 The educational project for Atlante Architettura Contemporanea is about 3000 photos collected on one site. The pictures depict modern Italian architecture: from the second half of the twentieth century to the present day. 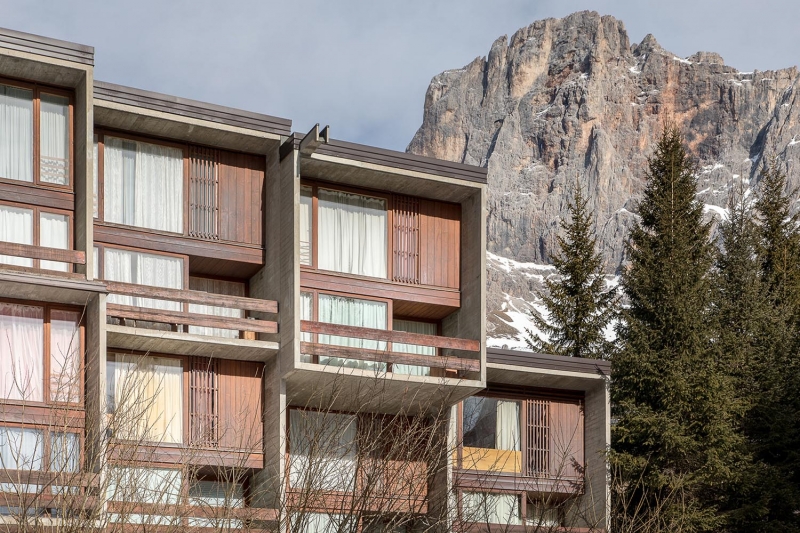 “Architecture and photography are closely linked,— adds Stefano Boeri, president of the Triennale Design Museum in Milan. — Photography can tell a lot of interesting things about architecture. She can either focus on some details, or show a close-up, the general concept of the building. The picture tells about the relationship between the house and the environment, as well as about those who live in it.”

The design bureau Studio Folder of Milan has specially prepared the museum space for the exhibition. 110 medium and large format photographs were placed on the relief map of the peninsula — so visitors can trace the routes of photographers and get as close as possible to the atmosphere of the trip. 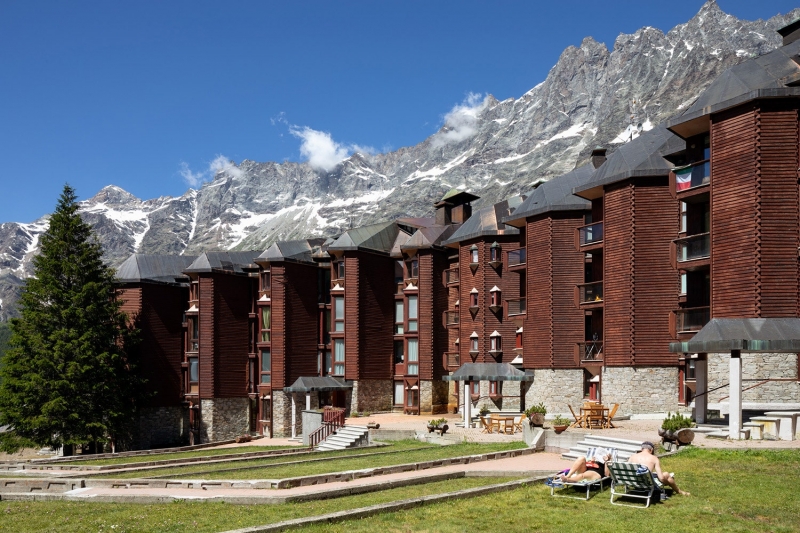 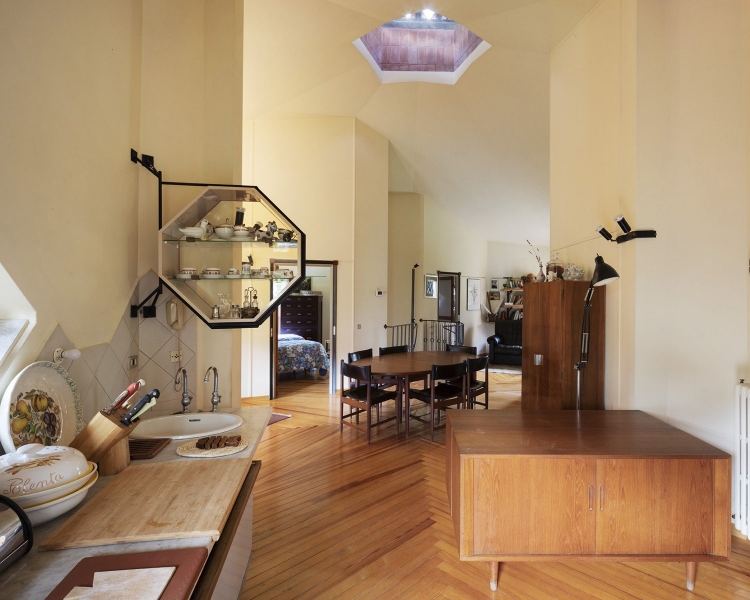 The photos complement the small notes and remarks of travelers made during the trip. It turned out to be a kind of travel diary with observations and reflections, in which photographers share their thoughts about the places they have seen, about the perception of time and light, about the meaning of travel and about the pleasure of discovering something new. 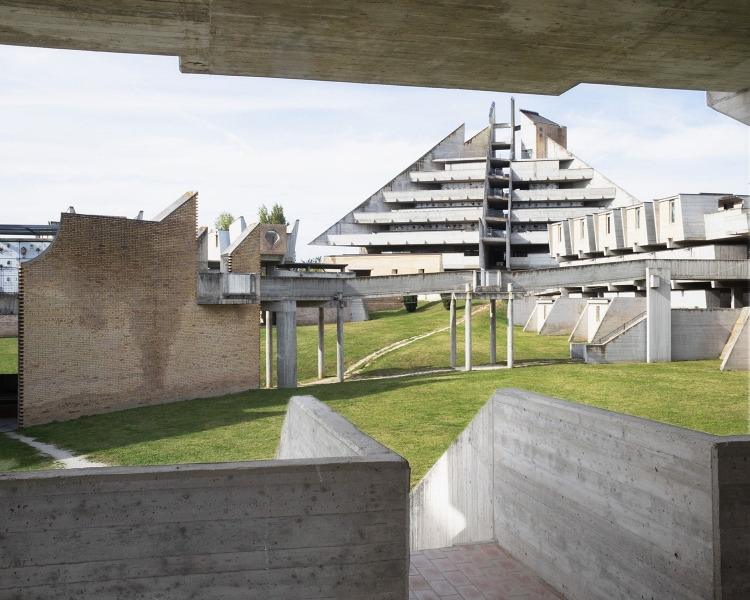 An extension to the municipal cemetery in Yezi. Photo: Flavia Rossi

Construction of a skyscraper by Herzog & de Meuron begins in Paris