Mario Bellini celebrates his birthday on February 1. The architect, designer, author of iconic pieces of furniture turns 87 years old. We remember his success story and the best projects. Mario Bellini has succeeded in three areas at once. He has been awarded the Compasso d’Oro eight times — Italy’s most prestigious award in the field of industrial design. For his architectural projects, he received the Medaglia d’Oro, which was presented to him by the President of the Italian Republic. Well, the proof of success in the furniture industry was the inclusion of 25 items in the permanent collection of the New York Museum of Modern Art (MoMA). Before Bellini, no designer had ever received such an honor in his lifetime. 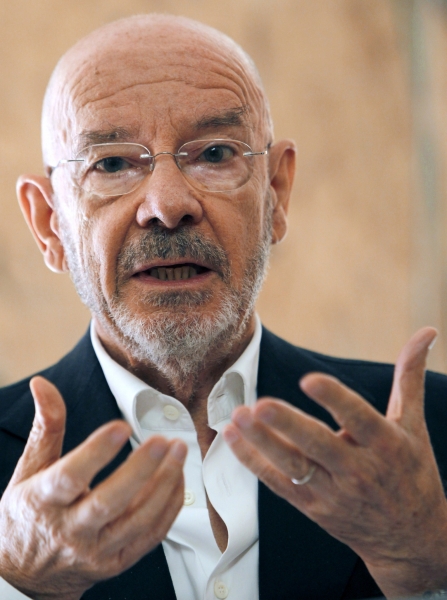 Mario Bellini was born on February 1, 1935 in Milan. In 1959 he graduated from the Faculty of Architecture of the Technical University of Milan and got a job as head of the design department at the department store La Rinascente. And soon he began to design himself — however, not furniture, but office equipment.

In 1963, Mario became Olivetti’s chief design consultant and soon developed a model of one of the first prototypes of personal computers. Programma 101 marked the beginning of a new computer era and became a model of technical design. Bellini held this position until 1993 and over 30 years of work has produced many convenient and ergonomic typewriters, cash terminals, teletypes and printers. 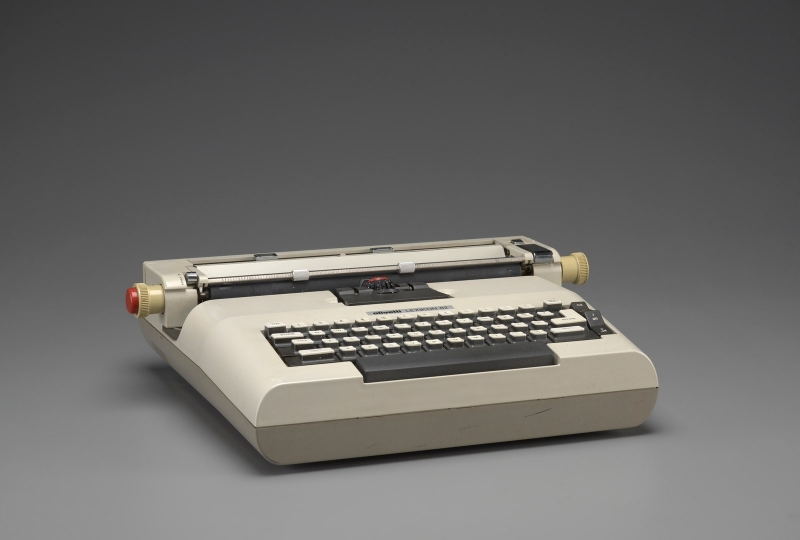 In 1963, Bellini opened his own studio, Studio Bellini, and a new era began for the designer. For the Cassina and B&B Italia factories, he designed the CAB chair and armchair (Cassina) and the Le Bambole sofa (B&B Italia), which became iconic and included in MOMA’s permanent collection. In addition, when Vitra decided to take up the office segment, it was Mario who was invited to design furniture — and he developed a whole collection of chairs that adapt to each user.

In his portfolio, Bellini has collected projects for all star brands: Artemide, Driade, Candy, Castilia, Flou, Kartell, Meritalia, Natuzz, Poltrona Frau and others. 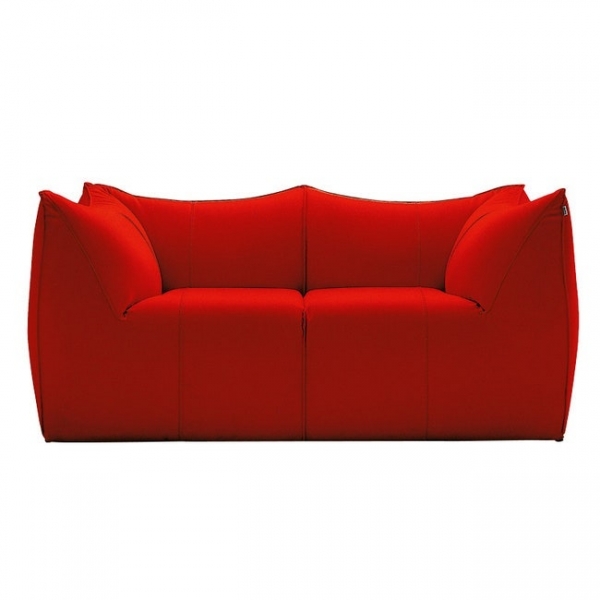 In the late 1980s, Mario Bellini began working in the architectural field. And right away in a big way — he opens the bureau Mario Bellini Architects, which has been working successfully to this day. Among the buildings designed and built by Mario Bellini are the Tokyo Design Center, the National Gallery of Victoria in Melbourne, the headquarters of Deutsche Bank in Frankfurt, the Museum of the History of the City of Bologna, the building of the Department of Islamic Art in the Louvre. In 2015, at the Milan Triennale, he was awarded a gold medal for his career in architecture. 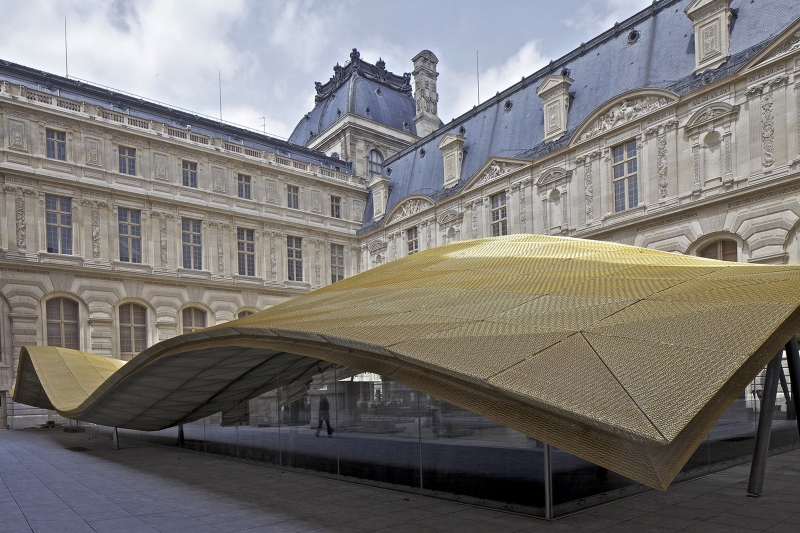 The building of the Department of Islamic Art in the Louvre. Photo: Philippe Ruault.

In 1969, Mario Bellini developed an innovative Chiara floor lamp for Flos, the shape of which resembled a slender silhouette with a hooded shade. It was made of a stainless steel sheet that folded to form a three-dimensional structure. By the way, a couple of years ago the model was reissued in different sizes and finishes — now it is also available in the format of a table lamp. 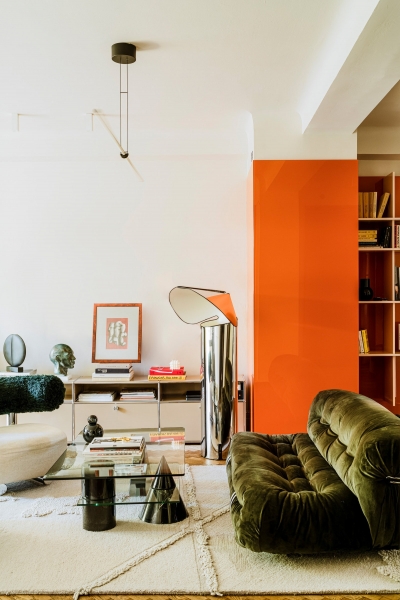 In the 1970s, the Camaleonda sofa made a real revolution: it was not just a piece of furniture, but rather an architectural element capable of transforming the space. «Camaleonda is a name that I came up with by mixing two words: camaleonte (translated from Italian “chameleon») is an extraordinary animal that can adapt to the environment, and onda, that is, a wave that draws soft curves. Both of these words describe the shape and function of this sofa”» Bellini recalls. The Camaleonda model was produced from 1970 to 1979 and during this time managed to become a real design icon. Therefore, after 50 years, she returned again: the sofa was reissued, retaining all the elements that made it a classic, but added more modern and eco-friendly materials.

The sofa-armchair Le Bambole appeared in the brand’s collection in 1972, and seven years later was awarded the prestigious Compasso d’Oro award. The ad that photographer Oliviero Toscani shot for B&B Italia with model Donna Jordan was very bold, but it worked perfectly. 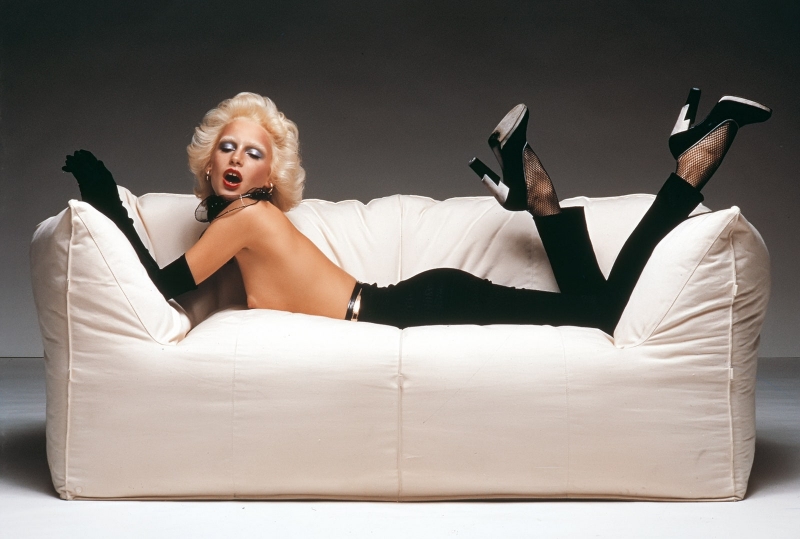 Cab leather chairs are still the hallmark of the Cassina brand and are on display at the New York Museum of Modern Art (MoMA). Inside them is a strong metal frame, which is covered with leather. Bellini claimed that this model resembles the structure of a person. 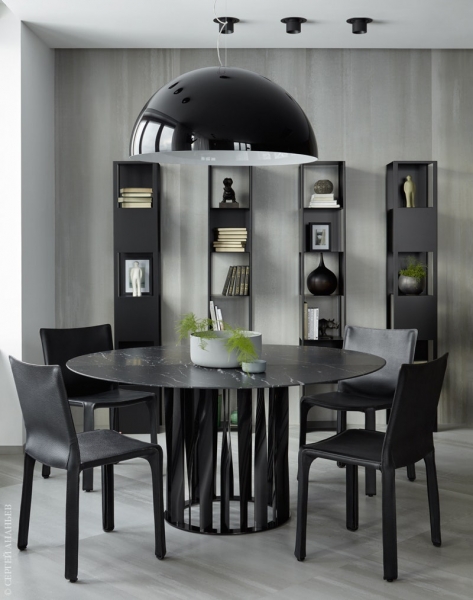 The project of Ivan Pozdnyakov. In the dining room there are Joker racks designed by Giorgio Cattelan, Cattelan Italia. The Cab chairs created by Mario Bellini in 1977 and the Boboli table designed by Rodolfo Dordoni are all Cassina. The Sonora lamp, designed by Vico Magistretti in 1976, Oluce. There is a thin porcelain tile on the floor, Urbatek. There are vases from BoConcept on the table. Photo: Sergey Ananyev. 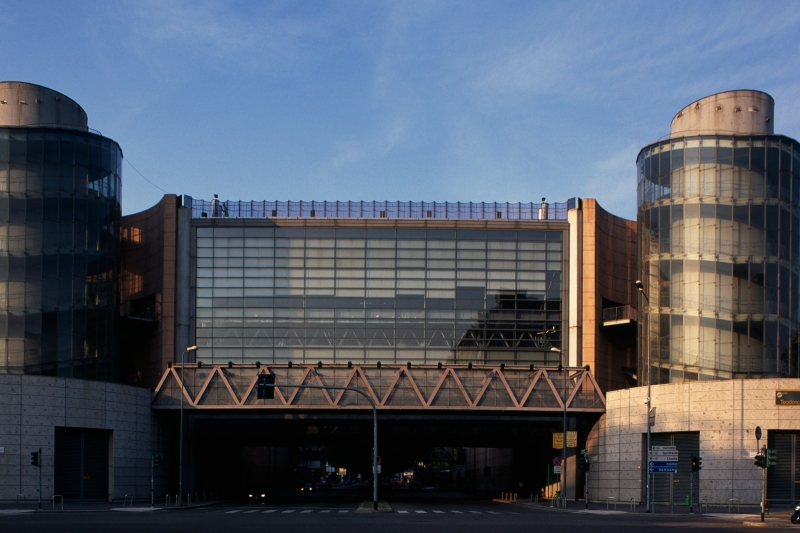 Moon is a bowl designed by Mario Bellini for Kartell. The model is a continuation of the Dune tray series, first presented at the i Saloni exhibition in 2009. The shape resembles lunar craters, and the surface imitates sand dunes. 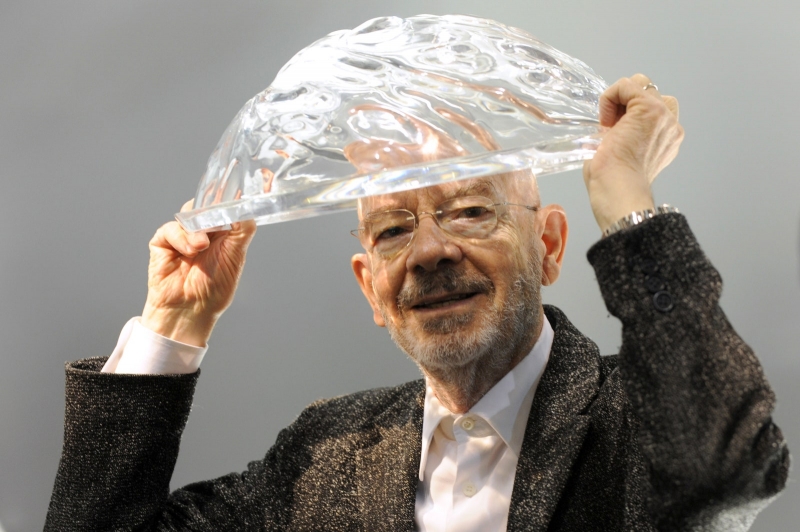 The Bolt table has three steel crossbars of angular cross section, which form a base supporting a round table top made of transparent ultralight glass. 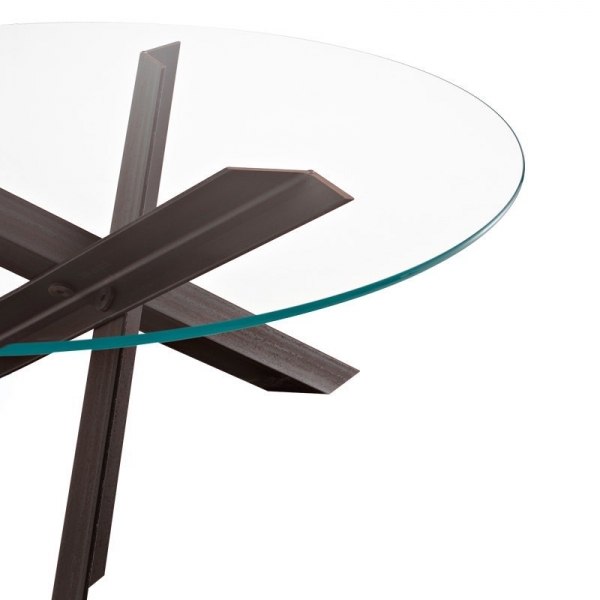 Walking route in Moscow: 6 of the most striking buildings of the Soviet Modernism era