The winner of the open international competition was a consortium that included the Kengo Kuma bureau & Associates, Wowhaus, Werner Sobek AG and Kazan «PTM of Architect Bakulin Herman Alekseevich». 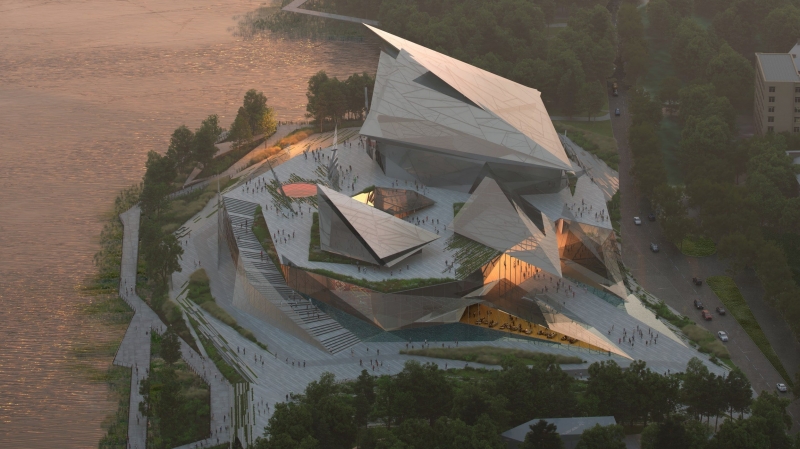 The Tatar State Academic Theater named after Galiasgar Kamal is the oldest national theater in Russia. On his initiative, an open competition for the development of a new architectural concept was launched last year. 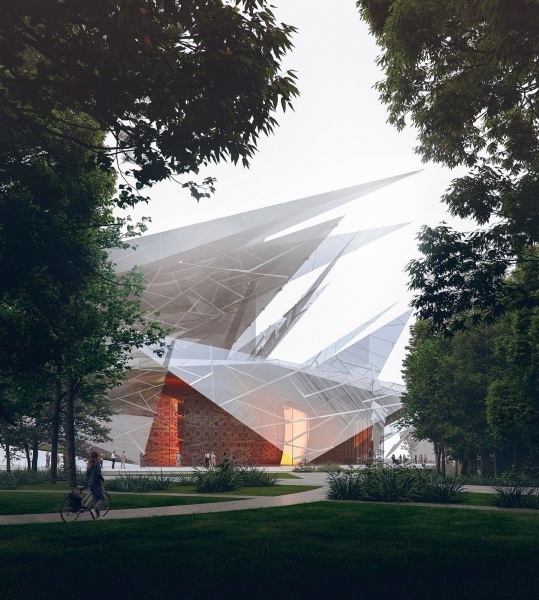 Eight consortia from architectural bureaus from all over the world reached the final. The three best concepts received awards, and the winner’s project is planned to be implemented by 2025. 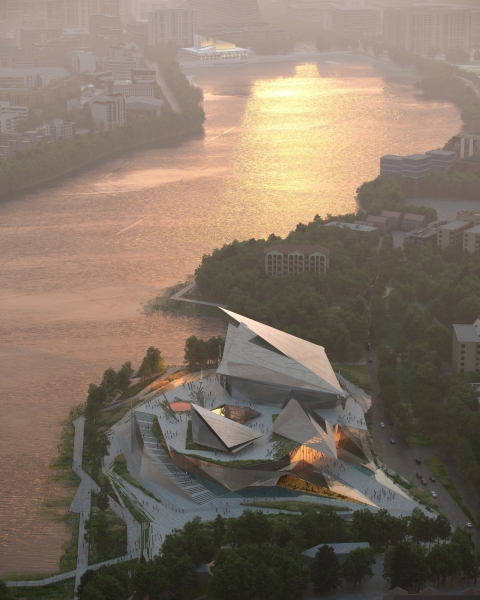 The building will become a new home for the theater and reflect the national culture. The team led by Kengo Kuma drew inspiration from a rare natural phenomenon — «ice flowers» that sometimes grow on Kaban Lake. The form, according to the authors, also embodies the Tatar soul: it’s sharp and closed on the outside, but soft and welcoming on the inside.

The new theater will be a continuation of the park: the public square next to the building will be connected by a network of pedestrian paths from the embankment.

Design in cinema: the architecture of the series “The Squid Game» in reality