The British architect is one of the pioneers of green architecture. We talk not only about Foster’s spectacular buildings, but also about why they are eco-friendly. 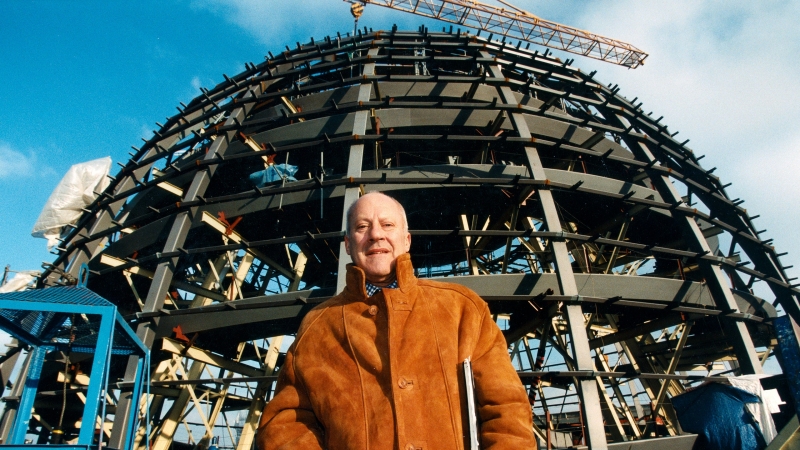 Norman Foster is one of the main characters of the modern architectural scene. Foster’s works are characterized by the use of sophisticated technologies and eco-friendly methods, it is not for nothing that he was one of the first architects to join the so-called green architecture movement. His work has been recognized all over the world, and Foster + Partners has built skyscrapers in China, Germany, Great Britain, Spain, the USA and other countries that have turned to Norman Foster’s ingenuity.

This impressive 180-meter skyscraper is also known as the “Cucumber”. The 40 floors of the building are equipped with six special holes-gaps for maximum use of sunlight and natural ventilation. And the expressive glass facade made the Mary Axe Tower one of the most recognizable buildings in London. One of Norman Foster’s most iconic works is the Hearst Tower in New York. The height of this 46-storey building is 182 m, and this despite the fact that it is considered absolutely «green»: 80% of the steel used in the construction of the skyscraper was recycled. In addition, the tower consumes 25% less energy than other buildings of this type. 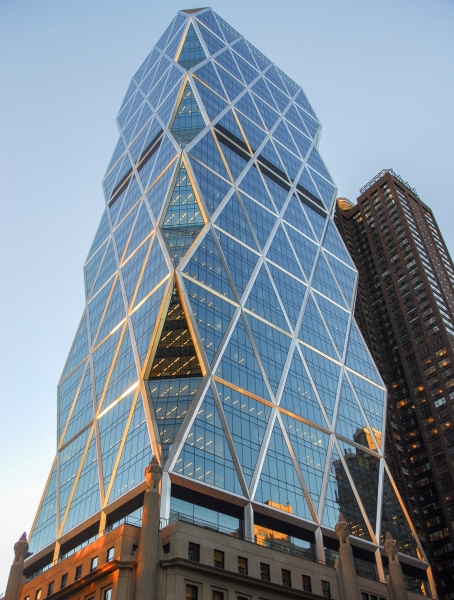 Steve Jobs believed that Apple’s headquarters should be no less technologically advanced and impressive than the company itself. Therefore, he worked hand in hand with Norman Foster on the project of this huge building. Jobs wanted Apple Park to be more like a natural area than an office complex, so 80% of the territory was set aside for green spaces. The construction of the building was completed in 2017, and at the moment it is considered one of the most energy-efficient buildings in the world. 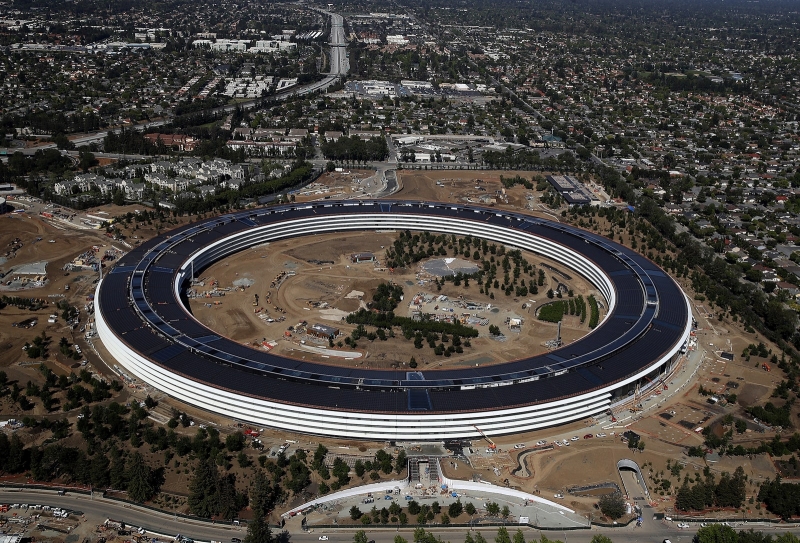 Reconstruction of the Reichstag building

The roof of the Reichstag was reconstructed by Foster + Partners after winning an architectural competition in which the leading bureaus of the world participated. Norman Foster and his team proposed to build a dome with a special mirror coating, and hide a ventilation shaft in the inner “funnel” that regulates heat exchange and energy consumption. 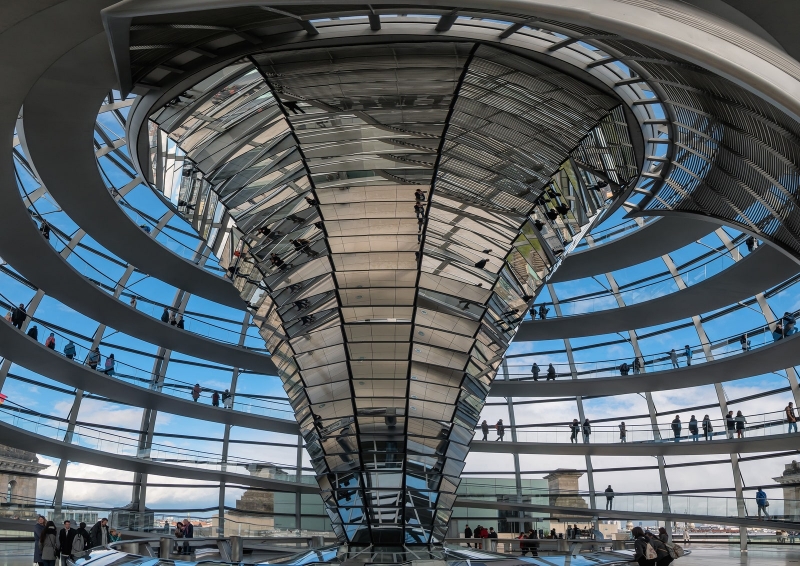 One of the largest airports in the world, Beijing Capital, was designed by Norman Foster and opened as part of the 2008 Olympic Games in Beijing. Inspired by the culture and traditions of the country, the architect recreated the image of a dragon in the design and design of the airport. Despite its size, this megastore was built in record time — in just four years. 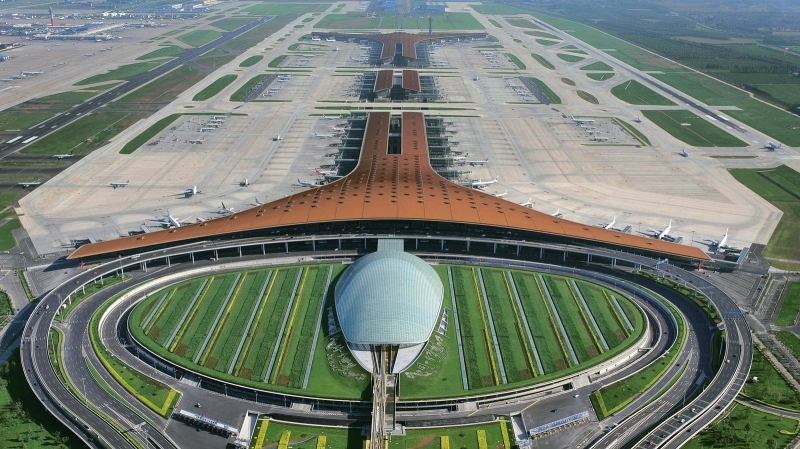 Undoubtedly, one of Norman Foster’s most ambitious ideas is the building of the Mexico City International Airport, which was never built. The project was created jointly with Mexican architect Fernando Romero and was to be located on a plot of 4430 hectares. But at the initiative of President Andres Manuel Lopez Obrador, a referendum was announced on the termination of construction. 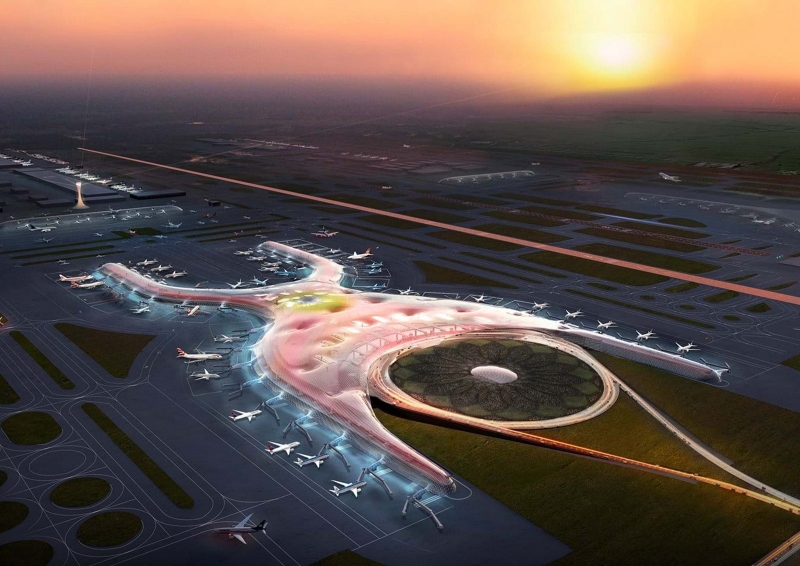 Foster + Partners was tasked with minimizing interference with the landscape and offering an alternative that simplifies the route between the south of France, Paris and the Mediterranean coast. It took three years to build this bridge — at the time of completion in 2004, it was the tallest in the world. Foster managed to combine technology, aesthetics and functionality in the design of the bridge: the roadbed weighing 36,000 tons and 2,460 m long stands on only seven slender steel columns. The American Renaissance: a new book about the architecture of New York

«Archaeology of the Future”: what Moscow could look like