Wrapped in silver fabric, the Arc de Triomphe is the latest grandiose project of the “great packers” Christo and Jeanne—Claude. It was conceived 60 years ago, but realized after the death of both artists. 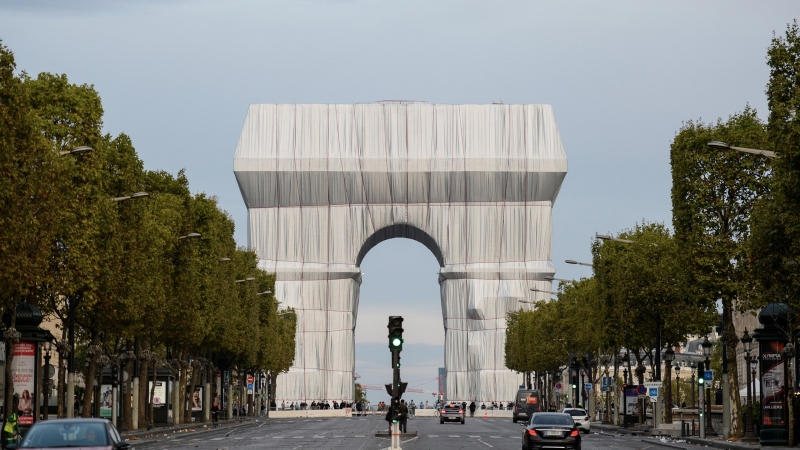 Hristo (Hristo Yavashev) with his wife and partner Jeanne-Claude de Guillebon, known to the world as the “great packers” who wrapped the Reichstag building, the Pont Neuf in Paris and much more in cloth, amazed the world with the courage with which they swung at such colossal projects. 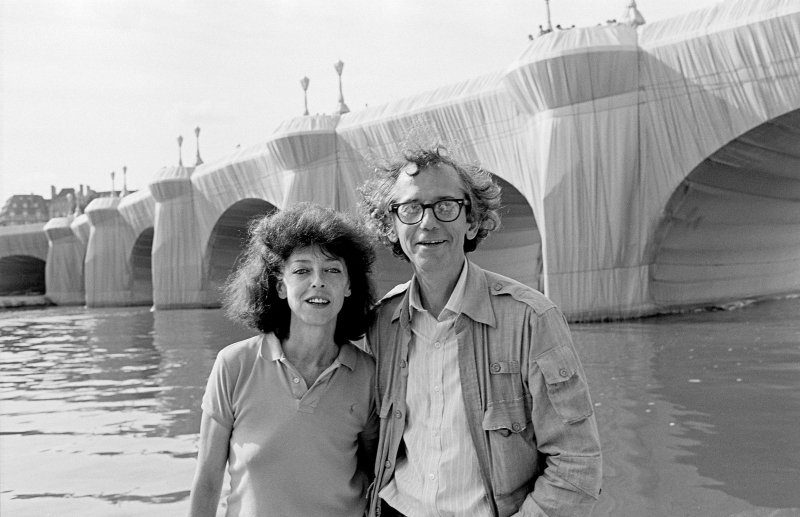 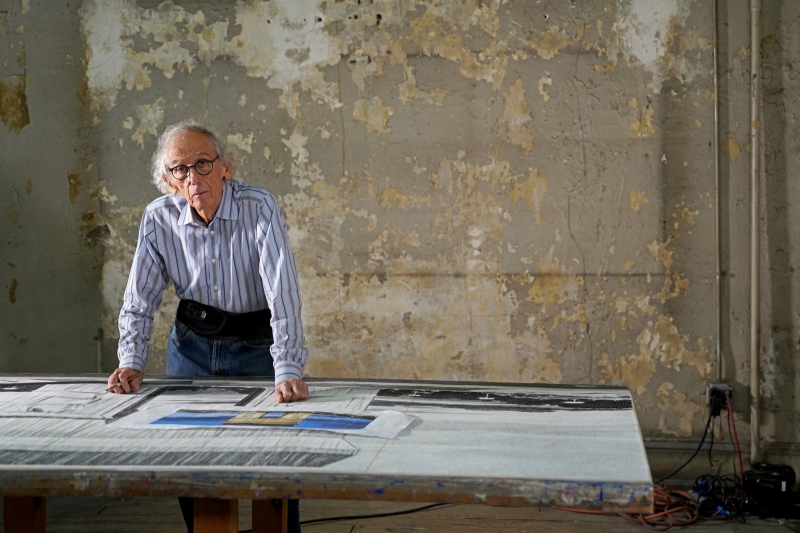 Hristo Yavashev is working on the drawings of the Arc de Triomphe in his studio.Photo: Wolfgang Volz.

Christo’s last major work, after the death of Jeanne-Claude, was a bright yellow “Floating Pier» on Lake Iseo in Italy. A 5.5 km long yellow trail (of which 3 km are laid on water) connected the village of Sulzano, the island of Monte Isola and the islet of San Paolo. 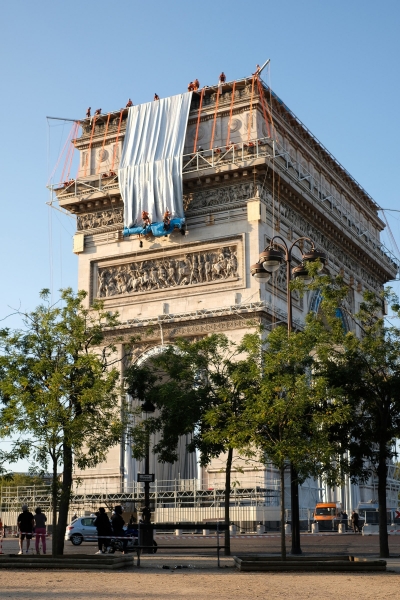 Back in the 1960s, he came up with a daring project — to wrap a cloth around the Arc de Triomphe in Paris. The city did not consent to it for a long time, but in the end, after almost 60 years, permission was obtained. In the spring of 2020, Hristo died, and the project became a kind of monument to the art of Hristo and Jeanne-Claude. 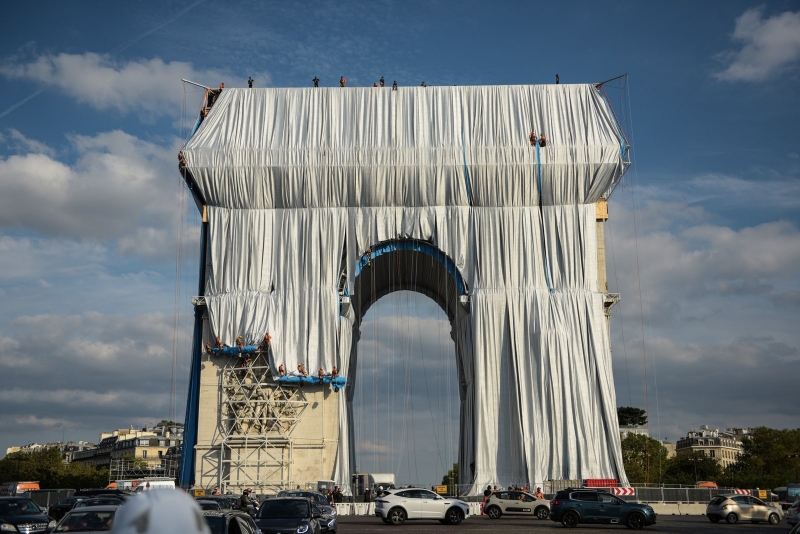 Due to the pandemic, the art project was postponed for a year, and finally on September 18, 2021, the world saw the Arc de Triomphe in a new guise: it is wrapped in 25,000 m2 of silver-gray fabric, exactly as Hristo intended. The fabric is attached to the scaffolding that surrounds the arch and hides under the “wrapper”. 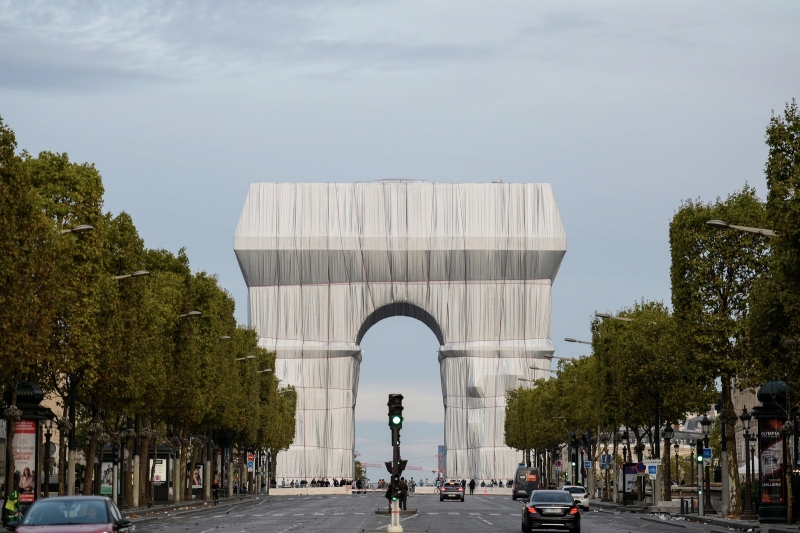 The project worth 14 million euros did not receive state funding, so the arch was “packed” by selling Christo’s research, drawings and collages of the project, as well as scale models, works from the 1950s and 1960s and original lithographs on other topics. 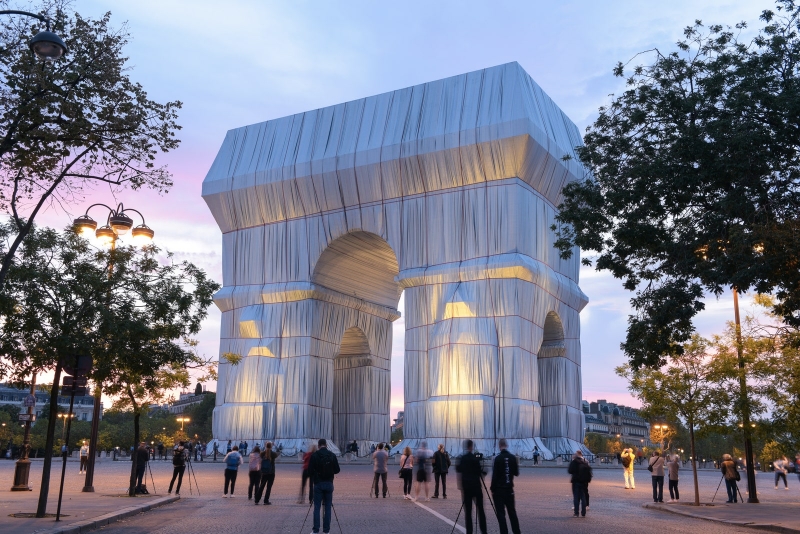 The huge arch packed in fabric will stand in this form until October 3, 2021, and I want to remember this image for a long time: this is our last chance to touch the art of the “great packers» and great dreamers. 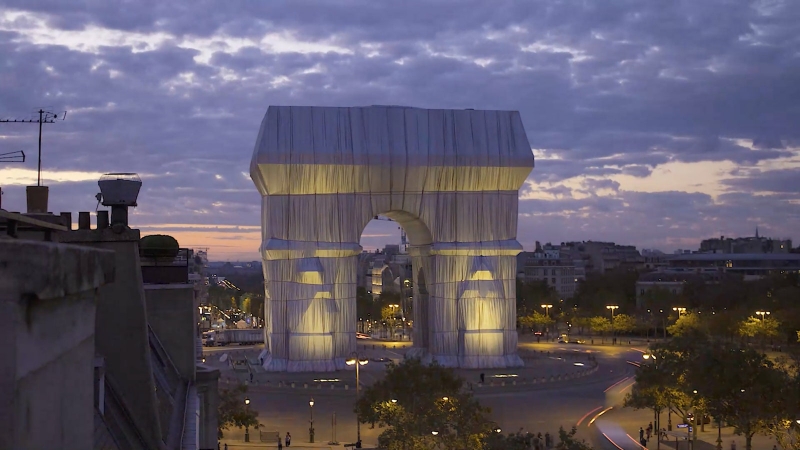 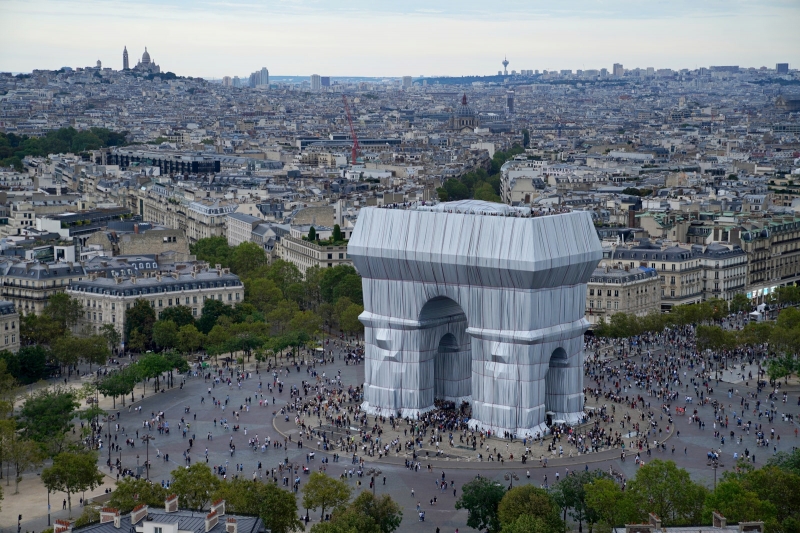