Lago di Resia, on the site of which the village of Curon stood in 1950, was temporarily drained to make repairs. 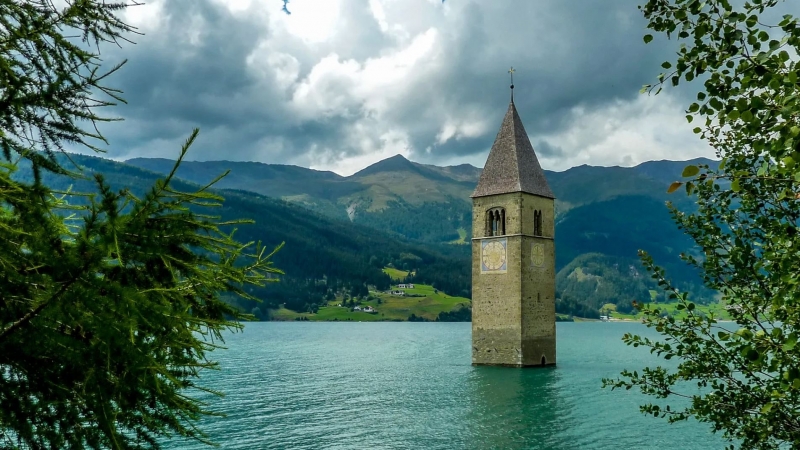 In a story that would appeal to Hollywood, the remains of a submerged Italian village first appeared decades later. A village was discovered at the bottom of Lake Resia, artificially created on an area of two and a half square miles on the border with Austria and Switzerland. The lake was a popular tourist destination both in summer and in winter, when, freezing, it turned into a large walking area. The dramatic 14th-century spire towering over the azure water appeared in a book and a series for Netflix. But no screenwriter would have thought of inventing what happened here recently. 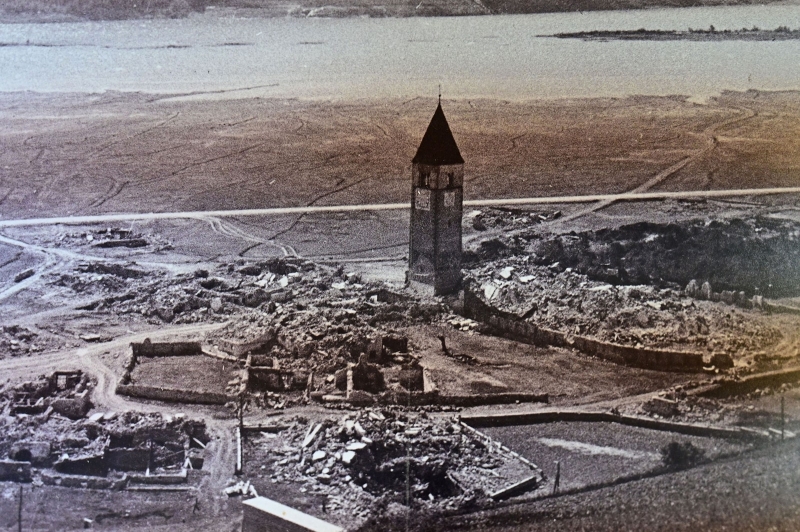 Photo of the bell tower of the village of Kuron before it was submerged in 1950.Photo: Getty Images/Miguel Medina

But let’s turn to history. Hundreds of Italians once lived in the village of Kurona. This was before the village was deliberately flooded in order to build a hydroelectric power station nearby. Let’s scroll forward 70 years, when the repair work forced the lake to be temporarily drained. We have a scene in front of us, as if from the fantasies of M. Night Shyamalan or Stephen King: when the lake left, traces of the old village appeared. 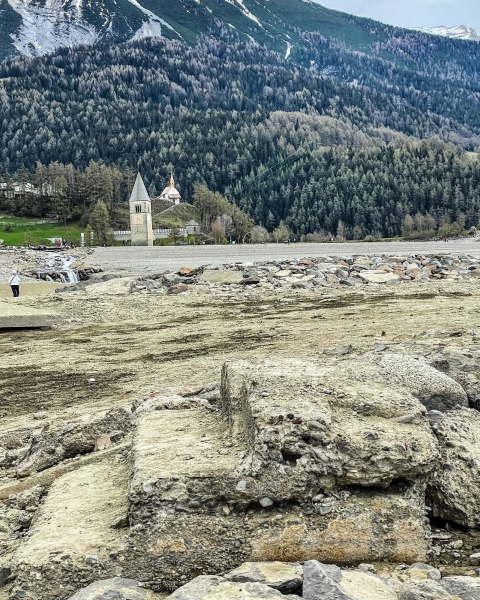 At the bottom of the lake, steps leading through the village are visible.Photo: Luisa Azzolini

Locals who once came here for serene views of the lake, now come to walk through the ruins. None of the houses survived the flooding, but the old steps, basements and walls have been preserved. 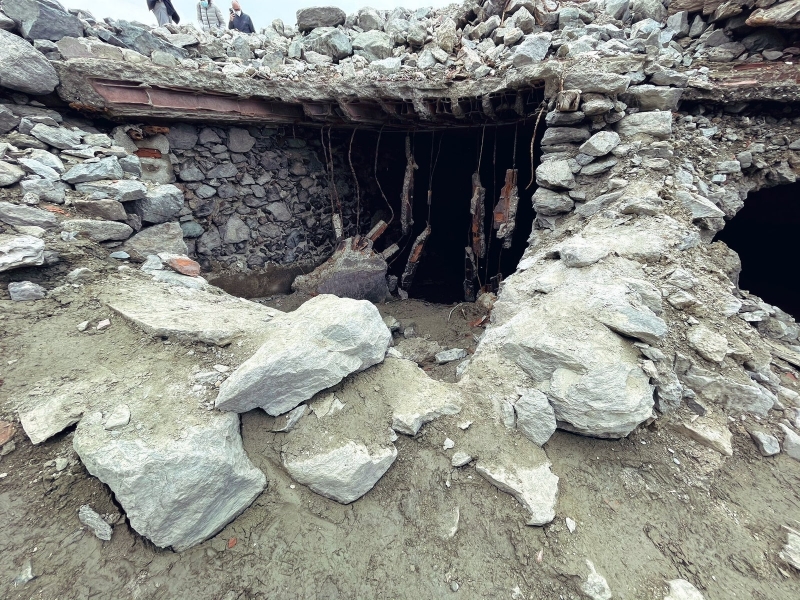 The cellar, located even lower underground, was discovered when the lake was drained.Photo: Luisa Azzolini

Luisa Azzolini, a local resident, tweeted that she experienced «strange sensations» while walking through the remains of the village. Perhaps the others who were here had similar feelings. And maybe these ruins will be included in some new book or show on Netflix.