In the Spanish province of Galicia, a ghost village appears from under the water. 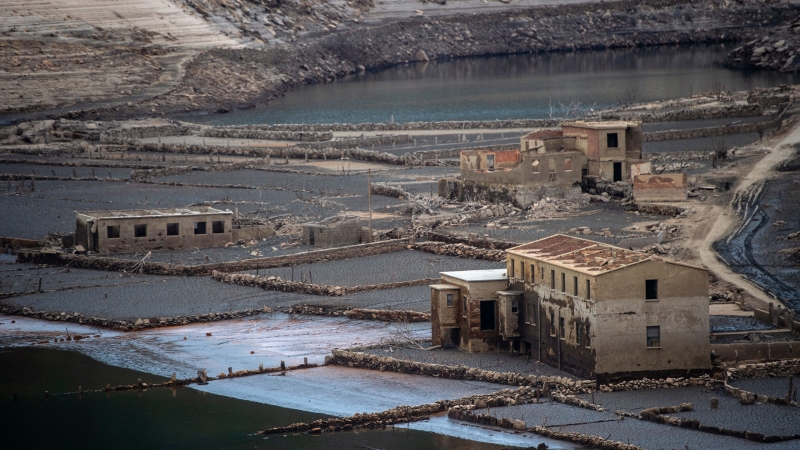 For the last 30 years, the Spanish village of Aceredo has been at the bottom of the Lindoso reservoir. Thanks to the drought that has hit the region, the village appears on the surface again.Photo: Miguel Riopa/Getty Images

From the depths of the reservoir, the village of Aceredo, belonging to the municipality of Lovios in northwestern Spain, comes to the surface. The opportunity to see the gloomy ruins of a sunken village on the border with Portugal appeared several decades after the disappearance and immediately attracted tourists. Moreover, the return of Aceredo turned out to be completely accidental. When the reservoir was built in 1992, it flooded modest village houses and cozy coffee shops. Now, exactly 30 years later, while the Spanish region of Galicia is suffering from severe drought, the Alto Lindoso dam is only 15% full. This allows you to see the village, which used to be romantically hidden in the woods. 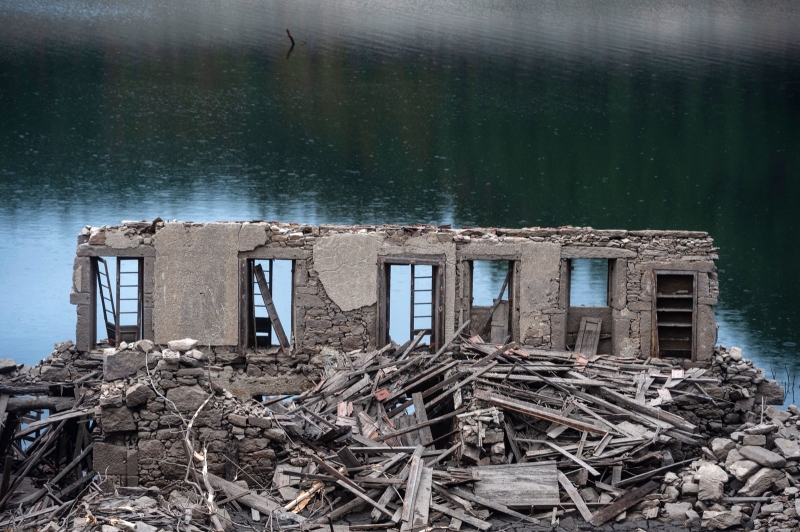 Despite the fact that little has been preserved from most of the 70 houses, stone walls have remained from some.Photo: Miguel Riopa/Getty Images

The mayor of the largest council of Lovios, Maria del Carmen Yanez, blamed not only climate change, but also the Portuguese electric power company EDP, which is emptying the reservoir, for the deterioration of the situation. Despite Portugal’s decision to turn off six nearby dams (including Alto Lindoso) from February 1 This did not change the situation from electricity generation and irrigation systems due to the increased drought.

It is likely that Aceredo will become the first of several villages that may unexpectedly return to land over time due to the ongoing drought. Already, instead of the average value of 61%, the fullness of reservoirs in Spain is only 44%. At the same time, over the past few years, more and more quaint towns and villages in Europe have come out of the shadows, reminding of their existence. For example, in Turkey, the Burj al-Babas project of 732 mini-castles resembling Disney’s was abandoned and forgotten until in the 2010s it received $200 million in funding, giving tourists an incentive to come to Mudurna. A similar story happened with the almost forgotten village of Legrad in Croatia, where they began selling houses for 11 rubles. 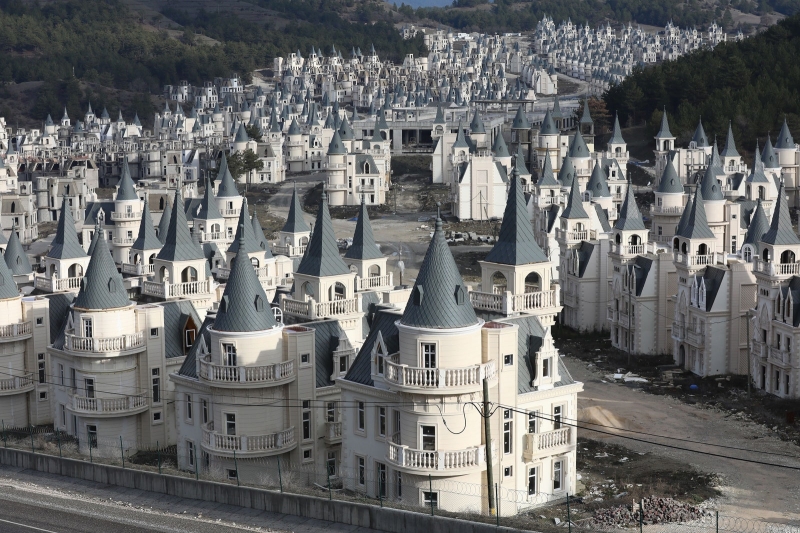 Meanwhile, the village of Aceredo is not too similar to its eastern neighbors. Families who were forced to leave their homes, homes and businesses when the village drowned due to a Portuguese hydroelectric power station in the early 1990s are in no hurry to return to it. Aceredo is sought only for a short time and it is tourists who want to see with their own eyes the ghost village, which was once a prosperous Spanish town.

From the photos taken by the drone, it became clear: the village was left in a hurry. This can be seen by the rusty fountain, which is still working, by the wooden crates of empty beer bottles near the house where there used to be a cafe. The whole busy life of this place has turned into an abandoned architectural monument, where people are now flocking to look at a once sweet and cozy Spanish village with an unknown fate. Visitors still have the main question: if climate change continues to open up forgotten cities, will the houses in them be able to find a second life? 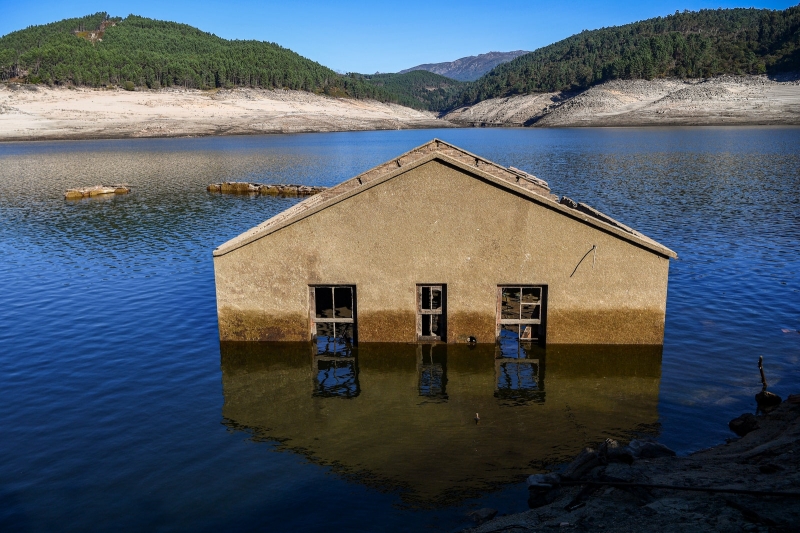 The roofs of many houses are shown on the surface of the water.Photo: Octavio Passos/Getty Images

This we have yet to see (in the literal sense), because most of the houses of Aceredo are still hidden under water. But even what you can see today is exciting and remains in the memory and film of every visitor. It is unknown whether the village will become a filming location for a psychological thriller or will let life into its homes again, but one thing is clear: Aceredo is just one of many forgotten corners of Europe that has a path to revival.

5 Facts about the Academy Film Museum in Los Angeles