Architects from Studio Avoid have created a modern interpretation of a traditional village, inspired by the cave-like houses of local residents. 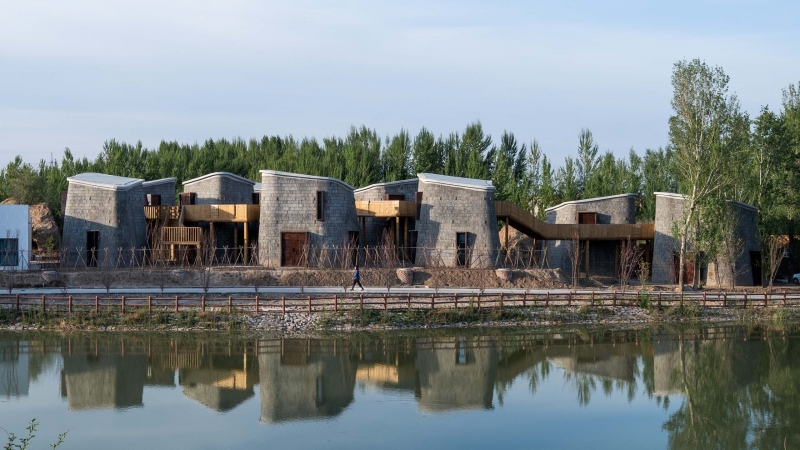 The new Grotto Retreat Xiyaotou complex in Hebei Province is so called for a reason: it consists of several buildings that the authors of the project, architects from Studio Avoid, designated as vertical grottoes. The shape and structure of the streamlined two-story buildings were suggested to them by cave dwellings, which still serve some local residents. The project was developed as part of the revitalization program of Chinese villages: its founders believe that the influx of tourists will be able to provide new jobs and return to the deserted villages of residents who have been leaving them for decades to work in big cities. 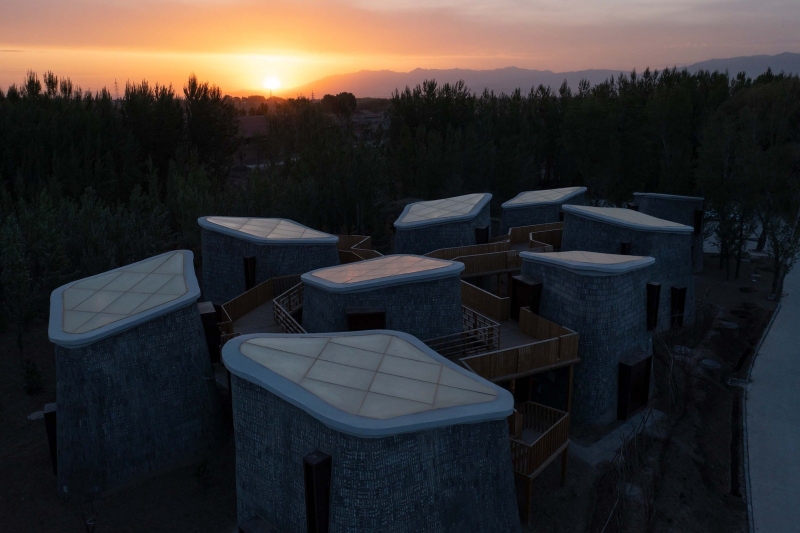 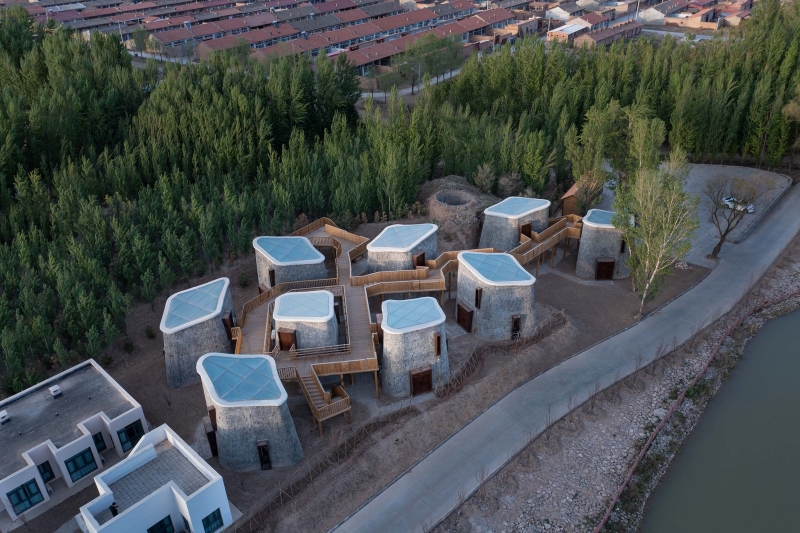 In terms of each residential building looks like a diamond with rounded corners. The buildings, slightly tapering upwards, have a sloping glazed roof, are lined with textured gray brick and connected to each other by wooden bridges on stilts. Wooden superstructures create another public space in addition to the main courtyard of the complex. The grottoes are placed on the site without a strict system layout — this solution and the organic outlines of the buildings give the cluster a natural look. 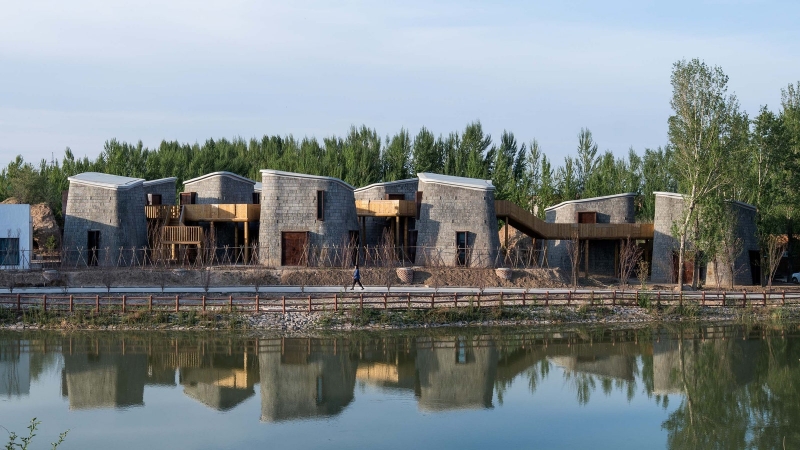 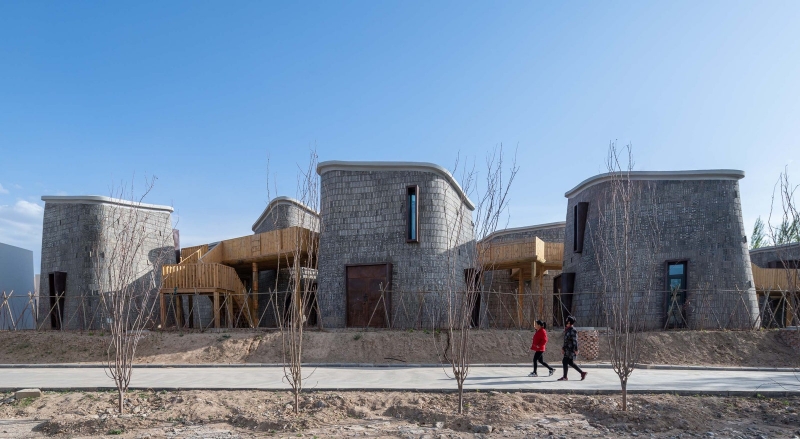 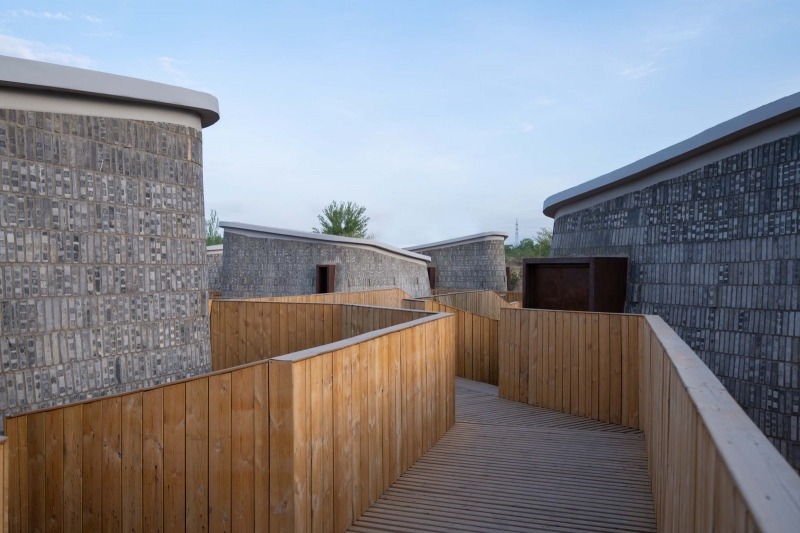 The height of each grotto is about seven meters, inside there is a spiral staircase that connects the first and second floors. Each of the buildings is perfectly lit thanks to a skylight and loophole-like windows. The architects made the window frames and portals from Korten steel: their clear silhouettes and expressive rusty surface contrast effectively with the gray rounded walls. 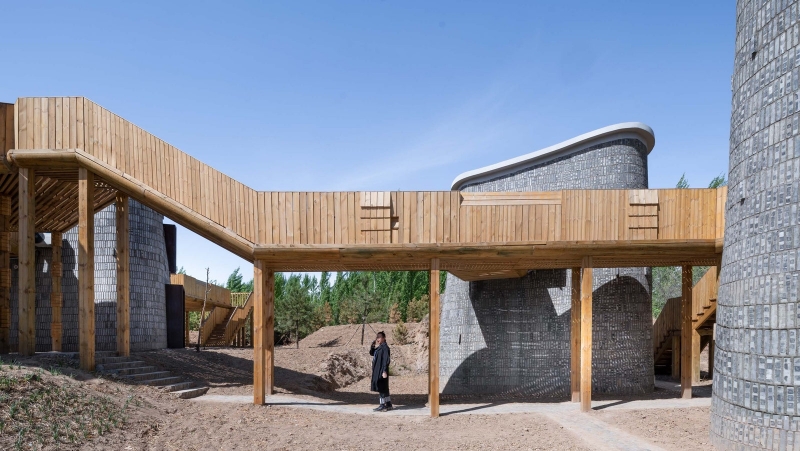 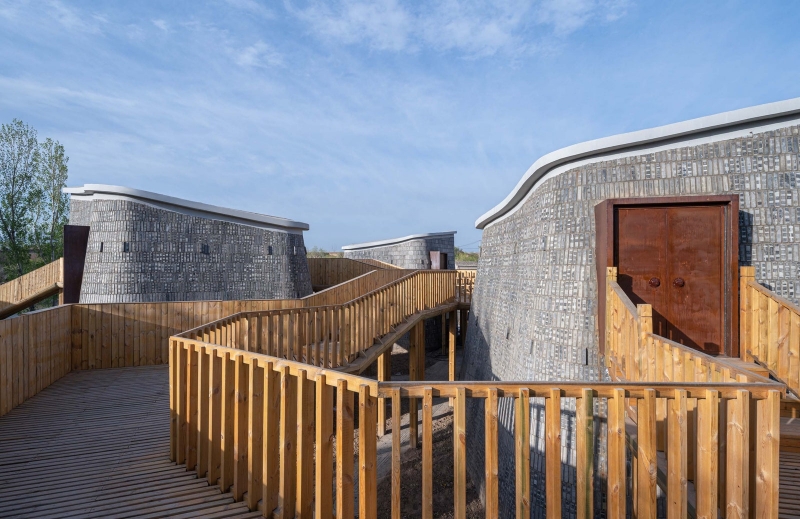 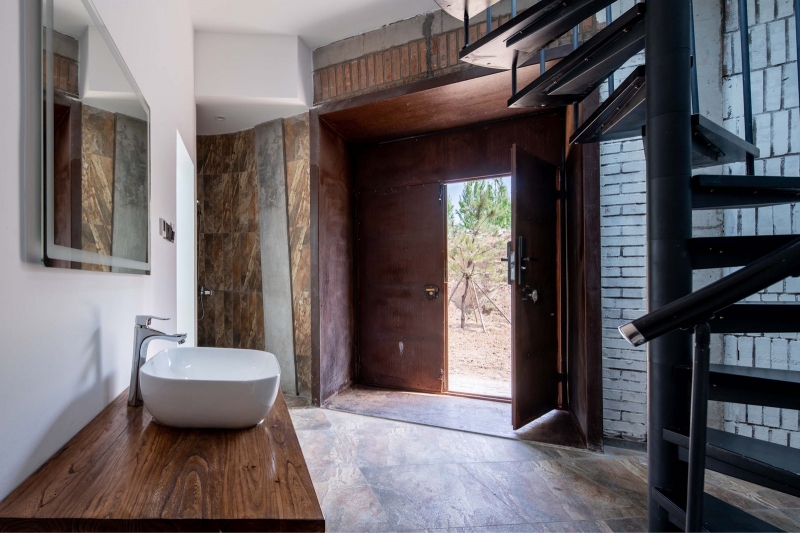 Inspiration for the Week: Sandcastles by artist Calvin Seibert