Apple and Foster + Partners have presented another joint project: a new store in the building of an old cinema in downtown Los Angeles. 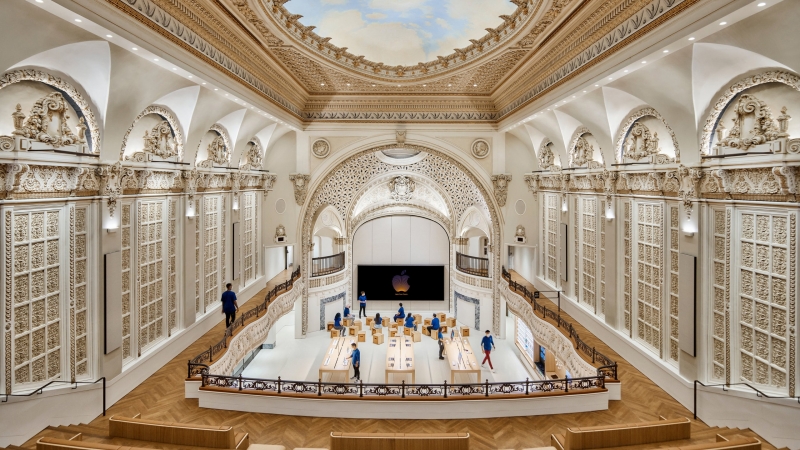 Apple Tower Theater is a new Apple Store that opened in the building of an abandoned cinema of the 1920s. It was built by Charles Lee in the Baroque style and became the first theater in Los Angeles to show films with sound. 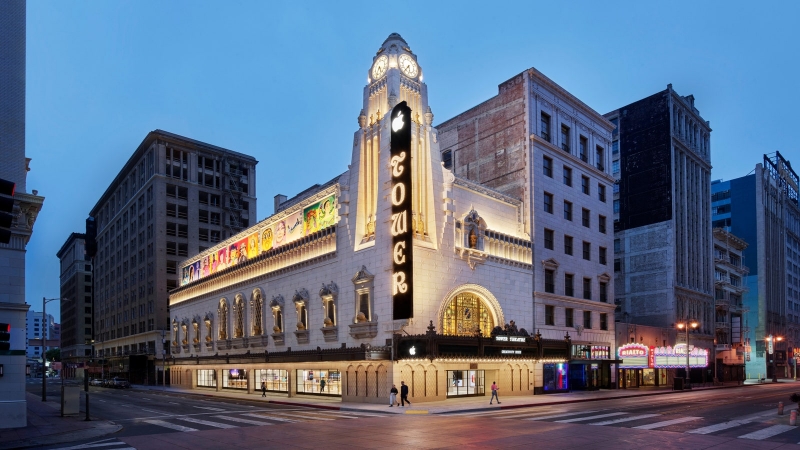 Since 1988, the building has been empty and shuttered. But Foster + Partners, together with the city authorities and nature conservation experts, carried out a large-scale restoration, within which they restored the corner clock tower and the signboard. The terracotta facade was also cleaned and the canopy that protrudes over Broadway was recreated. 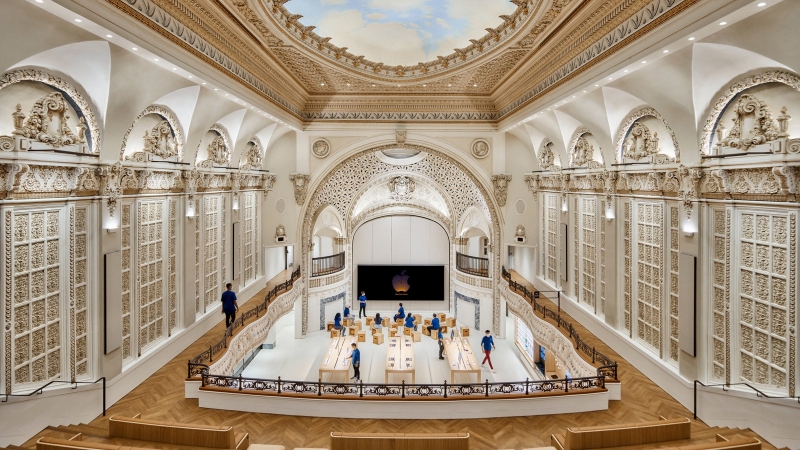 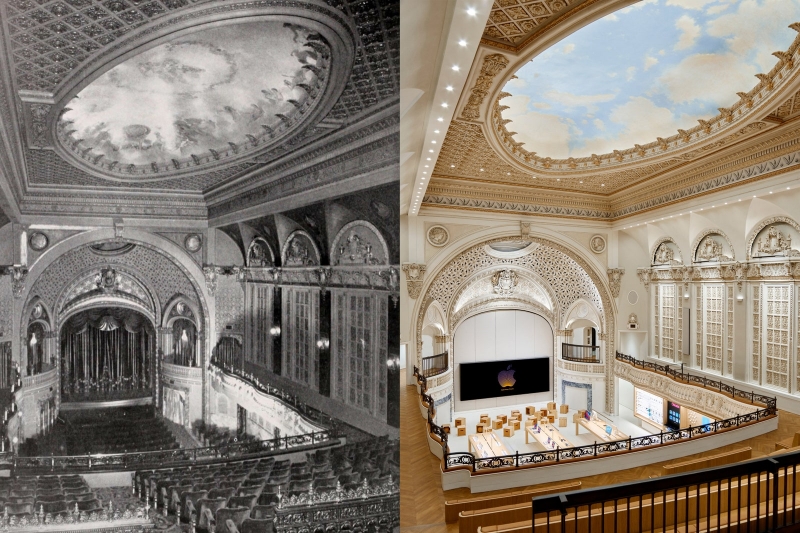 The interior also had to be worked on: the lobby, decorated in the style of the Paris Opera by Charles Garnier, with bronze handrails and marble columns, was restored to its former splendor, and the staircase was again covered with a chic red carpet. 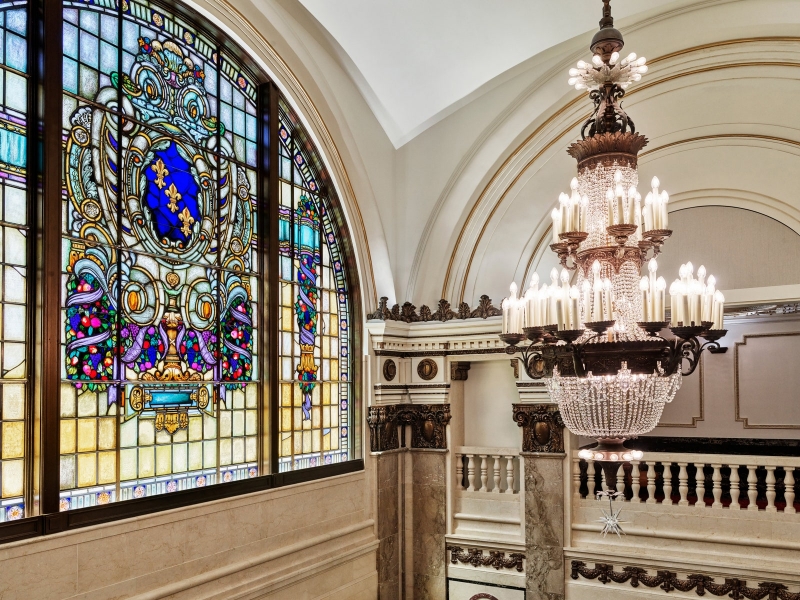 In the center of the Apple Tower Theatre there is a retail space with a screen in a restored arch. The original balconies of the cinema remained in place, and Apple plans to use them as an auditorium for daily seminars and lectures. 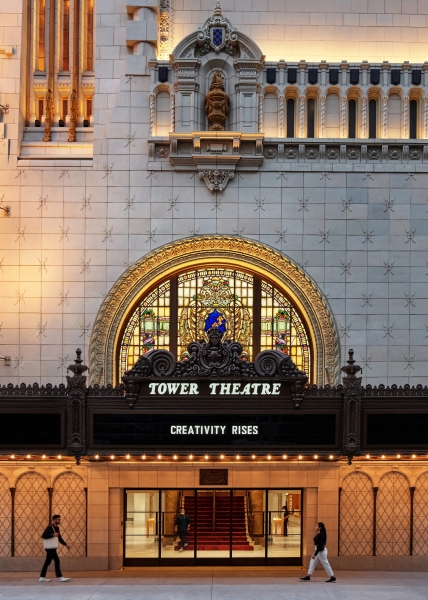 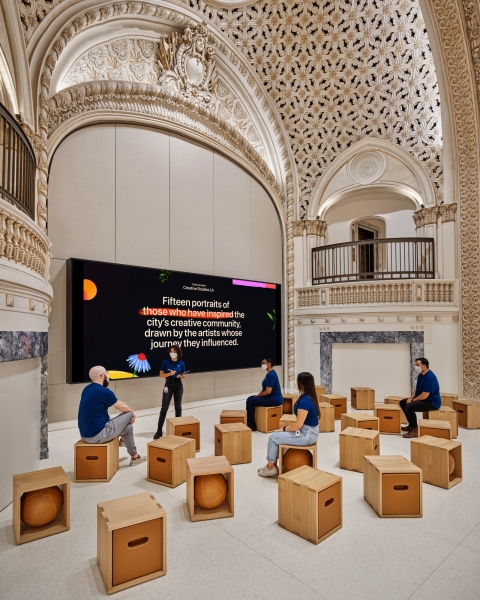 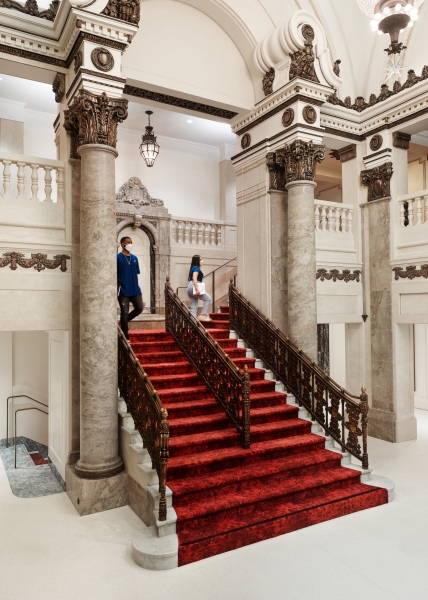 In addition, the upper level has preserved antique chairs that were converted for the Genius Bar. It was also possible to preserve the original stained glass window with a pattern imitating the film tapes rolled up in spirals, and a fresco with a cloudy sky. 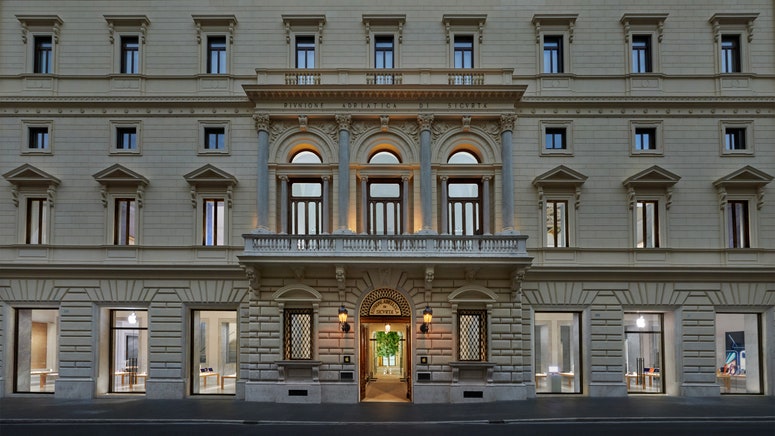 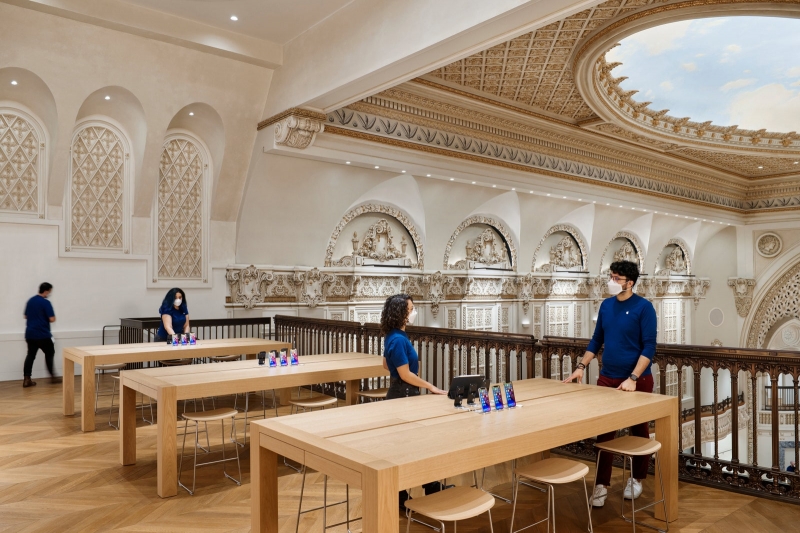 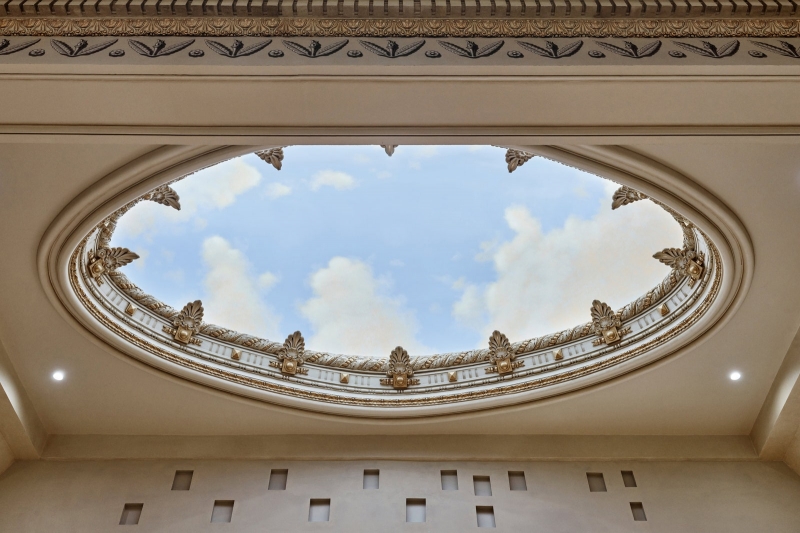