Every day we talk about what is happening in the architectural world. But it is really difficult to keep track of all the news. Therefore, we have collected all the most high-profile events in one material — we remember them together. 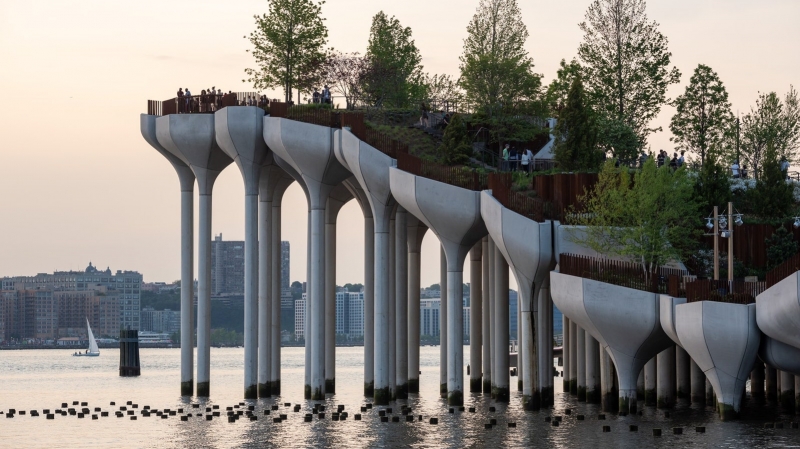 At the beginning of the year, French Culture Minister Roseline Bachelot announced that the Pompidou Center would be closed for major repairs in 2023. Such drastic measures are explained by the poor condition of the building structure. It is assumed that all the work will cost about 200 million euros and will take at least four years, and the center will reopen on its 50th anniversary in 2027. 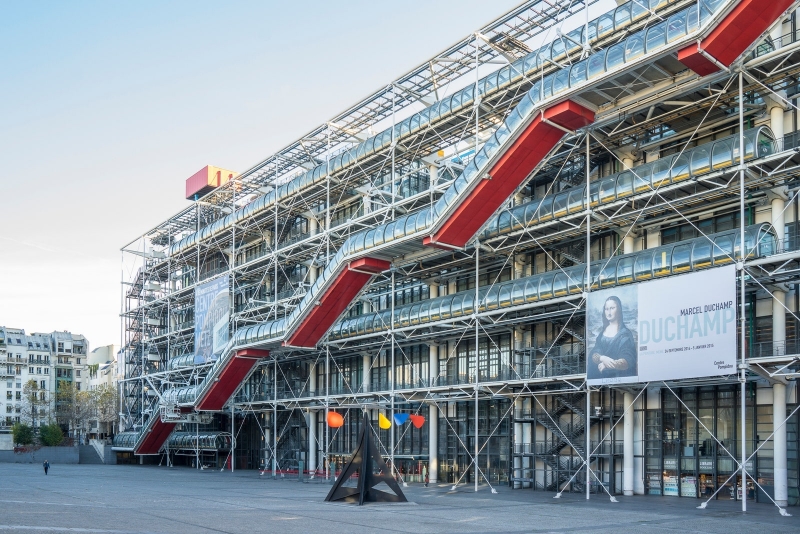 Specialists have already started the reconstruction, the project of which was developed by the MVRDV bureau in May 2018. According to the architects’ idea, the pyramid will become a new «national monument”, where cafes, studios, workshops and classes with free lessons and lectures for young people will be located. 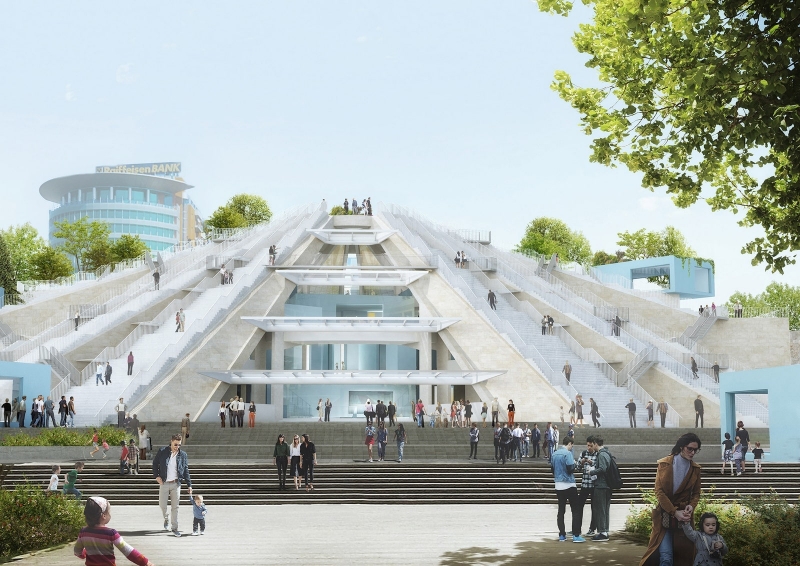 The Royal Museum of Fine Arts was reconstructed in Antwerp

KAAN Architecten architects reconstructed and expanded the museum of the XIX century in Antwerp (KMSKA). The building is an example of bold neoclassical architecture. In addition, it houses works of art spanning seven centuries: from Flemish primitivists to Expressionists, from paintings to sculptures. 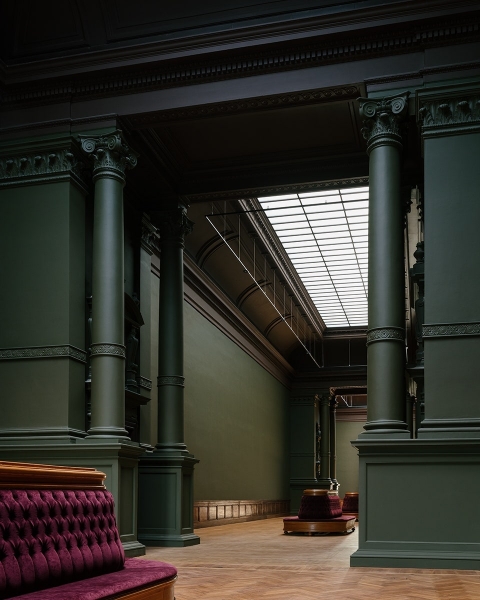 «Golden Lion” The Venice Biennale is on a par with the Pritzker Prize and the RIBA Gold Medal. As a rule, the award is awarded to living architects, so the case of Lina Bo Bardi is exceptional. The curator of the 17th Venice Biennale Hashim Sarkis recommended to award her. He felt that this year’s theme “ «How we will live together” — perfectly reflects Lina’s work. 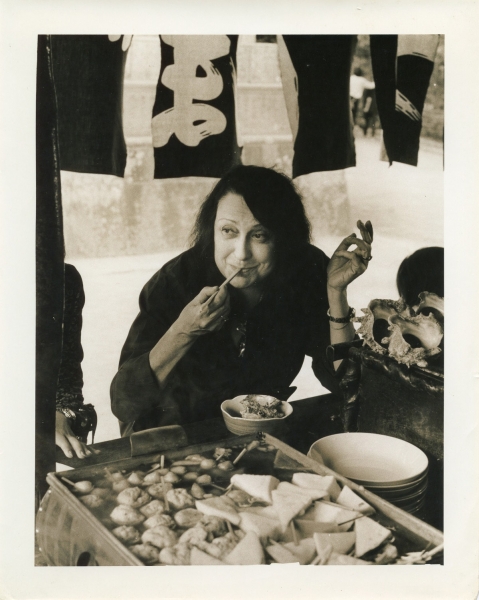 French duo Lacaton & Vassal received the 2021 Pritzker Prize. Anne Lacaton and Jean-Philippe Vassal were nominated for their significant contribution to the development of the environment and their architectural projects that have improved the lives of many people. 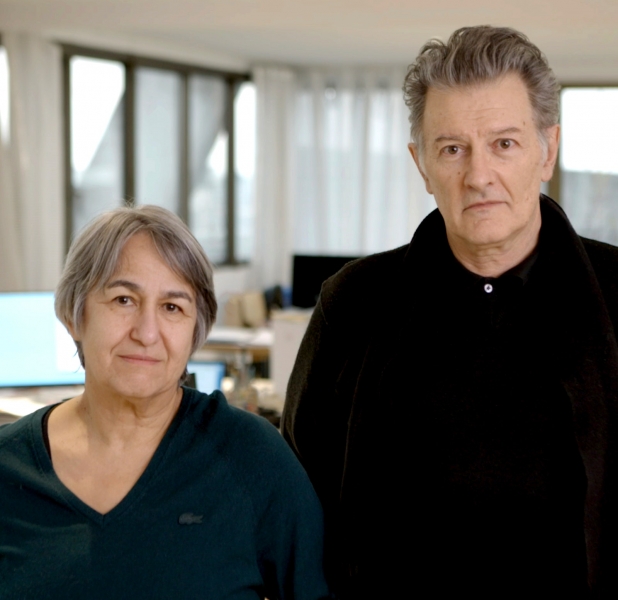 The cinema ”Art» opened in Moscow after the restoration

In April, the long-awaited cinema “Art» opened. And with it came back the historical details, many of which we saw for the first time. Specialists tried to restore the building’s appearance of that time to the maximum, but in such a way that without amateur activity. According to Daria Paramonova from Strelka Architects, only what was documented by drawings or discovered on site during the restoration was restored. 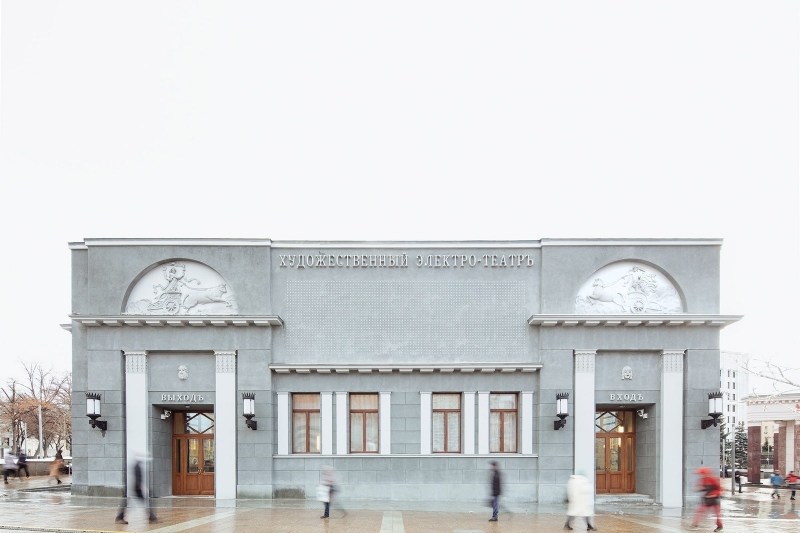 The Yeliseyevsky deli has closed in Moscow

On April 11, the Eliseevsky store closed, but its history continues. The legendary deli has survived the revolution, the war, and will survive the difficulties of the XXI century. Read about the unique structure and see archival photos in our material. 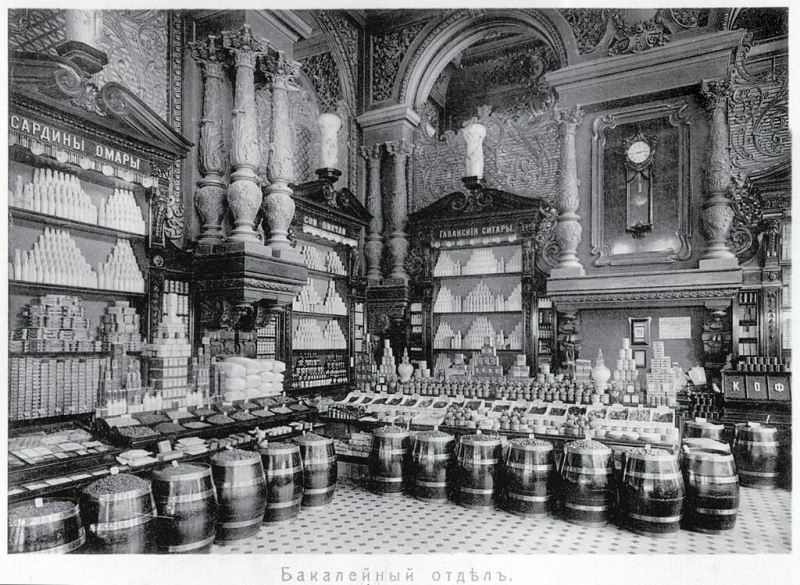 Parisians have been waiting for the opening of their favorite department store La Samaritaine for more than 15 years. At first, its protracted reconstruction was promised to be completed in the spring of 2020, but the lockdown confused all plans. But the grand opening still happened in the spring of this year. 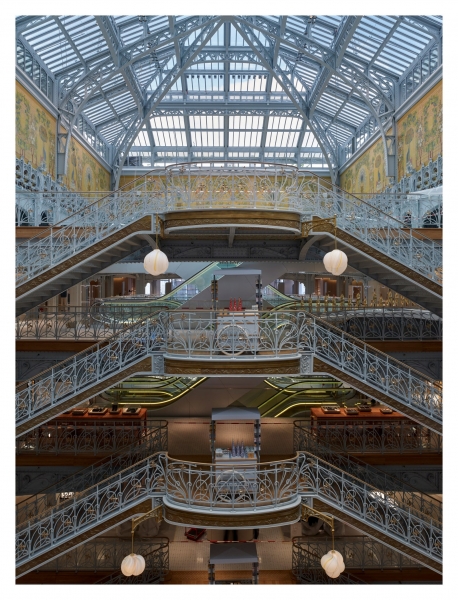 The Zvonarka bus station was reconstructed in Brno

Czech studio Chybik + Kristof saved the Zvonark bus station in Brno from destruction — the architects themselves offered the owners to reconstruct the building, and then secured funding. 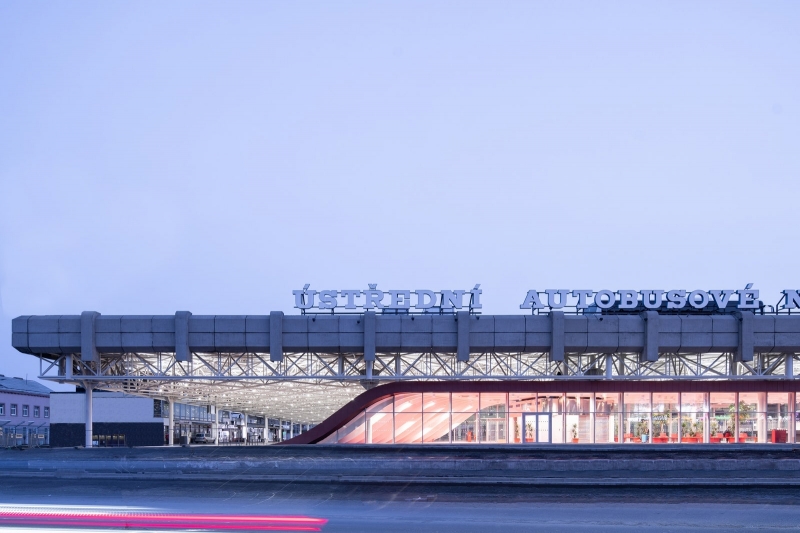 In Philadelphia, the reconstruction of the Art Museum has been completed

The museum, designed by architects Horace Trumbauer and Julian Abele, first opened to the public in 1928. The building received a typical American neoclassical appearance and became famous in many ways thanks to its grand staircase. Frank Gehry’s project for the reconstruction of the building was called the Core Project and was completed four years later. As the architect himself noted, he worked with the same materials as the first authors — he used golden limestone Kasota, which is mined in a small town in southern Minnesota, as well as glass and bronze. 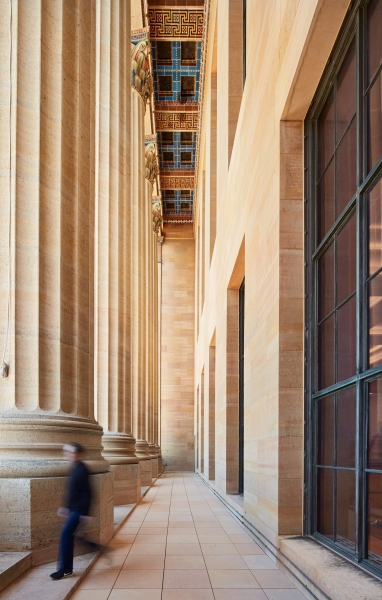 The bridge built in the Aroka Geopark is located at an altitude of 175 m above the Paiva River and connected two hills. The structure was created for tourists, as it offers an impressive view of the Pavia Gorge and the nearby Agieiras Waterfall. 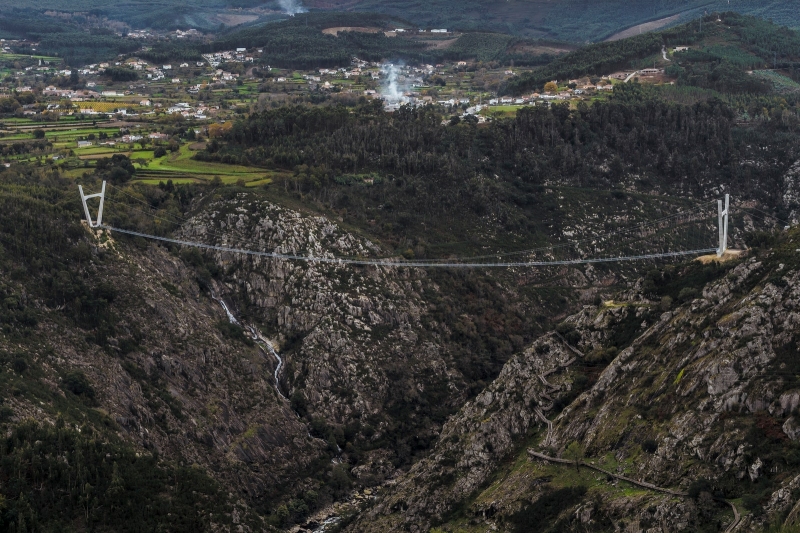 The restored pavilion of Russia opened at the Venice Architecture Biennale

The Pavilion of the Russian Federation, designed by architect Alexey Shchusev, has reopened its doors to visitors. After the restoration, the facade became the original green color again. In addition, the architects managed to open the blocked windows and doors and return the original “transparency” to the structure. Thanks to this, new variants of “routes» have appeared in the pavilion: some exhibition halls can now be accessed directly from the Giardini gardens. 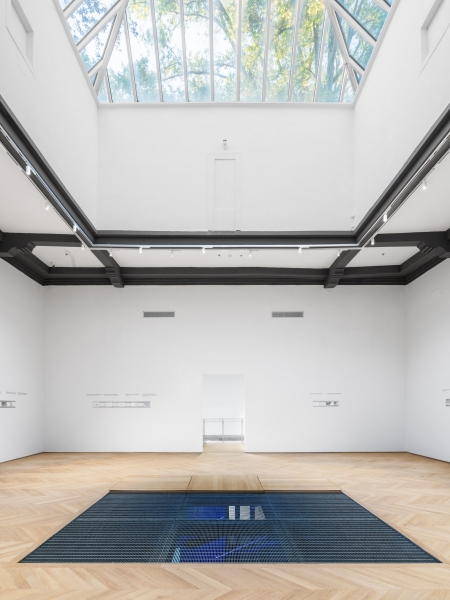 Architect Paulo Mendes da Rocha, one of the brightest representatives of the brutalist style, the author of concrete works of art in Sao Paulo and other cities of the world, died in Brazil at the age of 93. 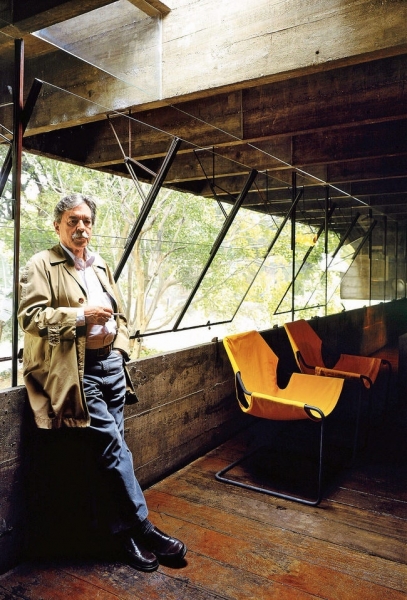 A new public space designed by Thomas Heatherwick opened on the Hudson River in May — a park that stands right on the water on 132 concrete columns. 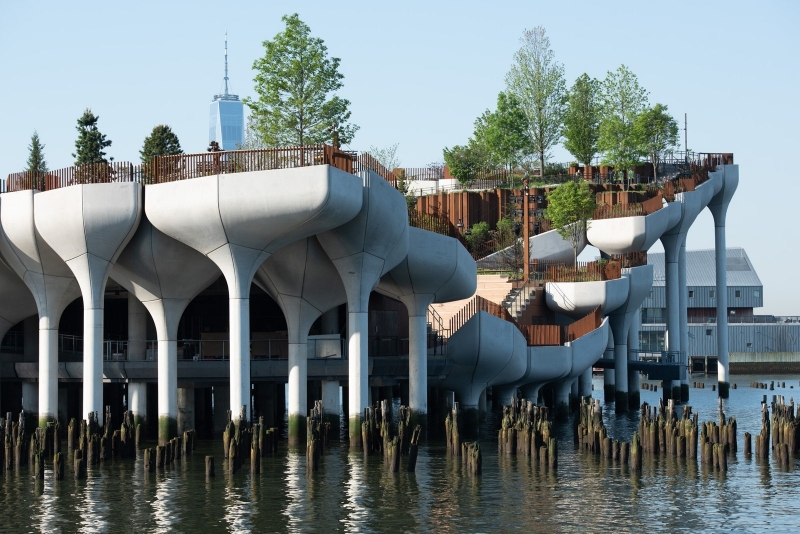 On May 26, at a virtual ceremony, Sir David Ajaye received the Gold Medal of the Royal Institute of British Architects (RIBA) and became the first black architect to receive this award. 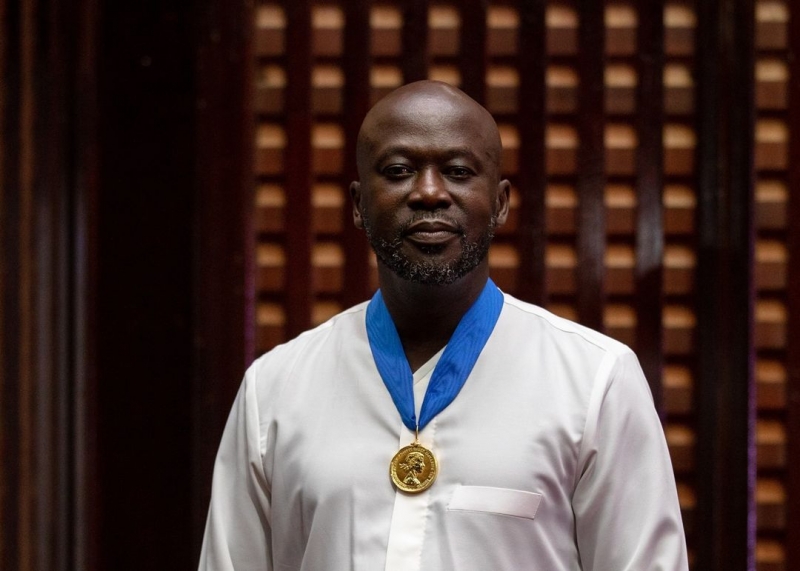 The Serpentine Gallery pavilion has opened in London, designed by Counterspace Studio

In 2020, due to the coronavirus pandemic, the opening of the Serpentine Pavilion had to be postponed. Therefore, the Counterspace studio project will open only a year later, on June 11, 2021. Its founder, Sumaya Valli, became the youngest invited architect of the pavilion, taking the championship from Frida Escobedo. 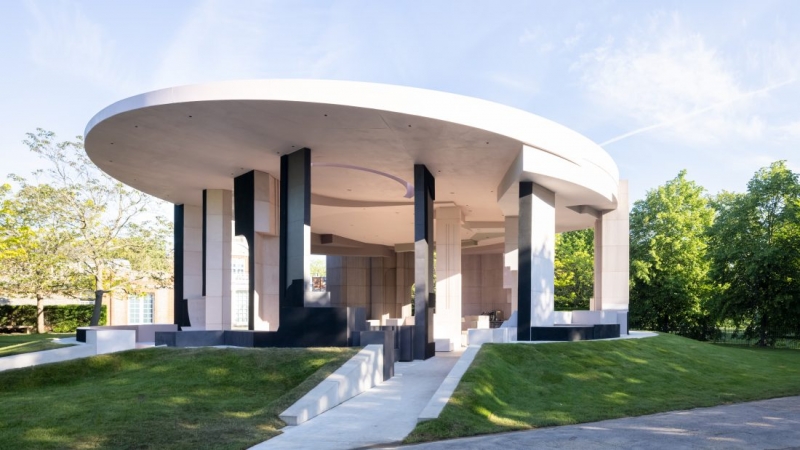 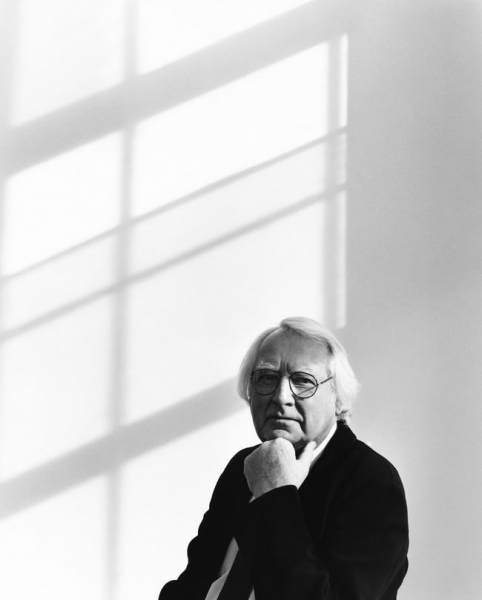 Apple Tower Theater is a new Apple Store that opened in the building of an abandoned cinema of the 1920s. It was built by Charles Lee in the Baroque style and became the first theater in Los Angeles to show films with sound. Since 1988, the building has been empty and shuttered. But Foster + Partners, together with the city authorities and nature conservation experts, carried out a large-scale restoration, within which they restored the corner clock tower and the signboard. The terracotta facade was also cleaned and the canopy that protrudes over Broadway was recreated. 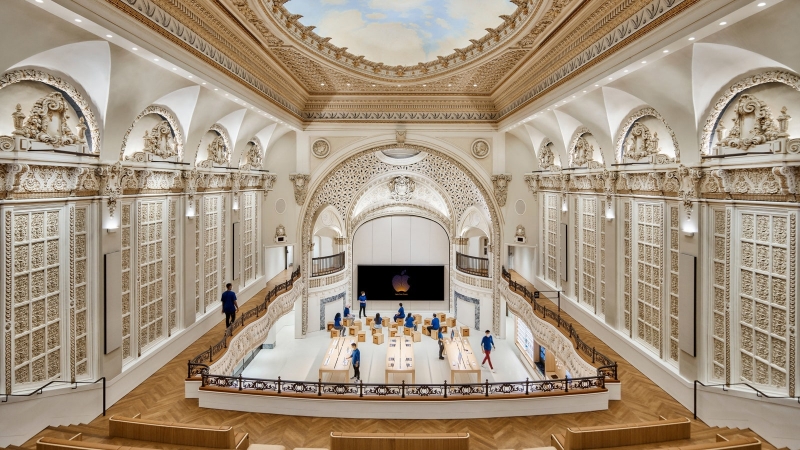 Tokyo plans to disassemble the Nakagin capsule tower into modules. Some cells will be restored and transferred to museums, including the Pompidou Center in Paris, and the rest will be sold. The discussion of the demolition of the building began a long time ago: back in 2007, local residents voted for the dismantling of the tower, and later the question was raised about the «precarious state of the structure and its incompatibility with current seismic standards.” 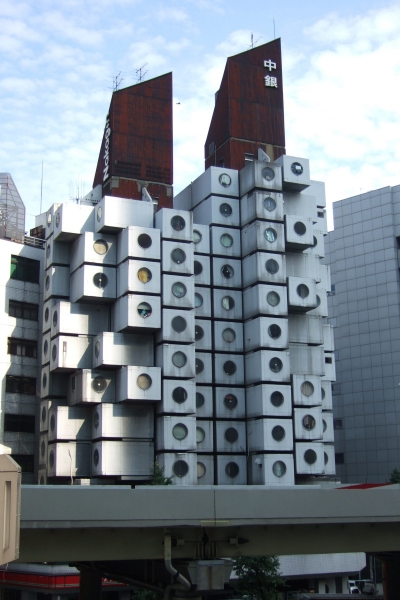 Public toilets in Japan are one of the architectural highlights of the country. However, many residents and tourists do not visit them, considering the structures dirty and unsafe. To change the negative image of these places, the Tokyo authorities and the Nippon Foundation launched The Tokyo Toilet Project in 2020 for the opening of the Olympics. As part of it, nine new toilets have appeared in the Shibuya area, designed by world-famous architects and Pritzker laureates. 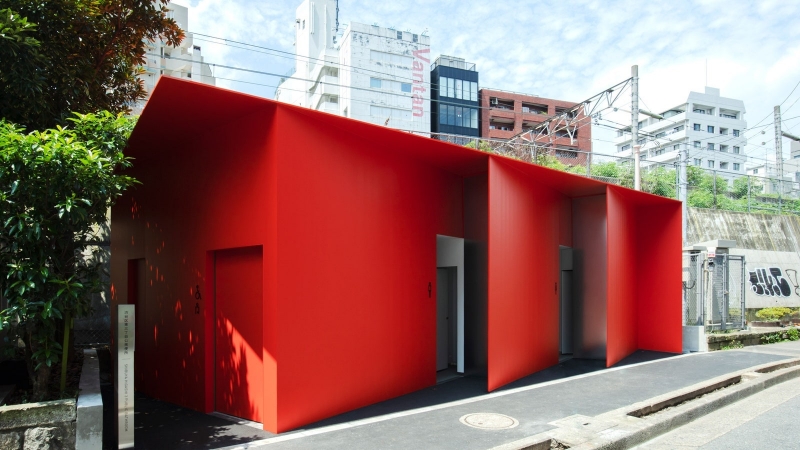 The project of Nao Tamura.

The architectural bureau Ennead Architects has designed an astronomical museum in Shanghai that resembles a celestial body in shape and allows visitors to experience the laws of gravity. The total area of the museum is 39,000 m2. The building is huge, consists exclusively of smooth lines and has no right angles. «We wanted to convey through the architecture of the building some fundamental laws of astrophysics,» says designer Thomas J. «It was supposed to reflect the geometry of the universe.» 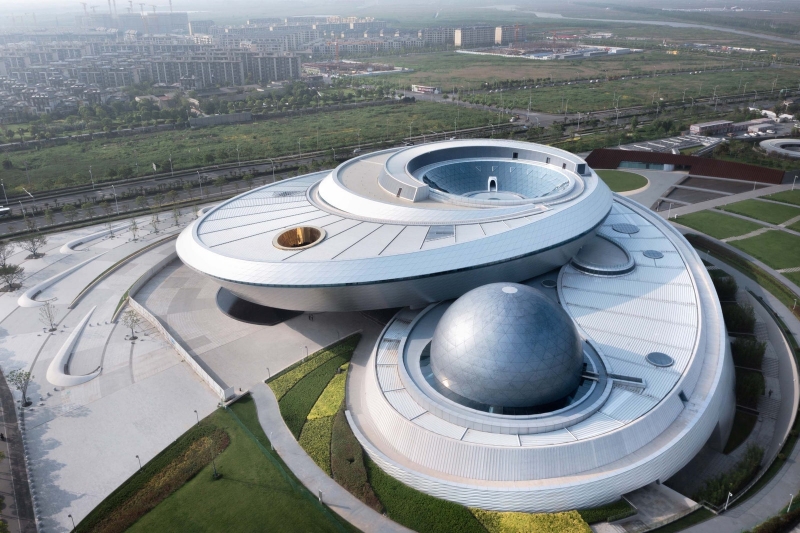 A new National Gallery has opened in Berlin after reconstruction

On August 22, after a lengthy reconstruction, the building designed by architect Ludwig Mies van der Rohe, nicknamed the icon of modernism, reopened to visitors. David Chipperfield’s office started the reconstruction of the gallery in 2012. The architect was commissioned to carry it out with «surgical precision» — it was necessary to preserve the original design and vision of Ludwig Mies van der Rohe, while modernizing it in accordance with modern technical standards. 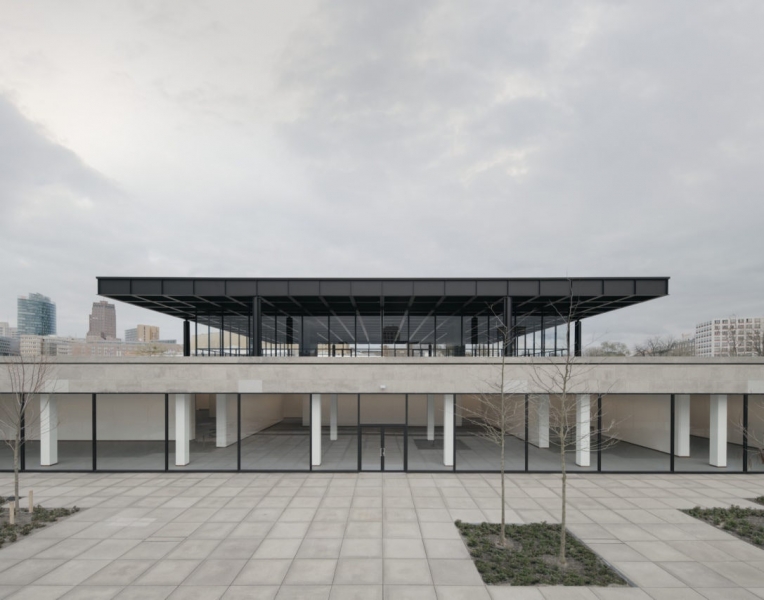 Back in the 1960s, Hristo Yavashev came up with a daring project — to wrap a cloth around the Arc de Triomphe in Paris. The city did not consent to it for a long time, but in the end, after almost 60 years, permission was obtained. In the spring of 2020, Hristo died, and the project became a kind of monument to the art of Hristo and Jeanne-Claude. Due to the pandemic, the art project was postponed for a year, and finally on September 18, 2021, the world saw the Arc de Triomphe in a new guise: it is wrapped in 25,000 m2 of silver-gray fabric, exactly as Hristo intended. 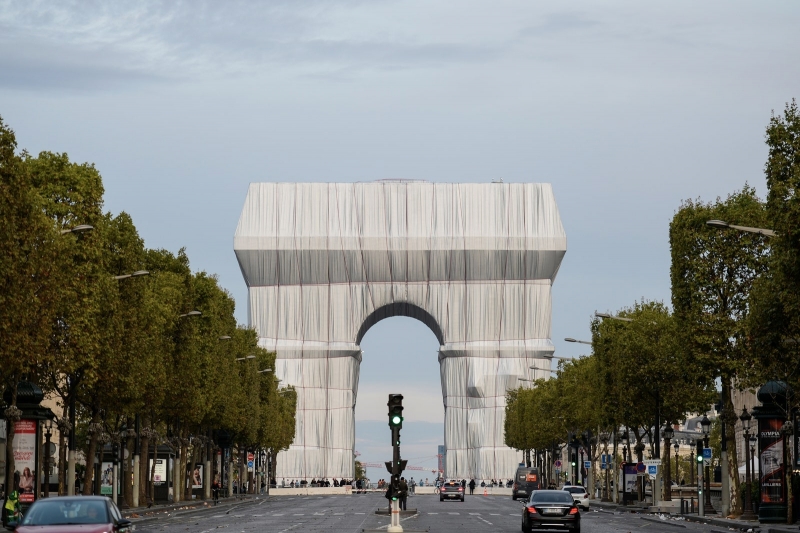 A long-awaited museum designed by Renzo Piano has opened in Los Angeles, located on the corner of Fairfax Avenue and Wilshire Boulevard. Here you can see the most recognizable objects and memorabilia from the world of cinema. For example, Dorothy Gale’s shoes with red sequins from the movie «The Wizard of Oz» or Danai Gurira’s red and gold armor from «Black Panther». 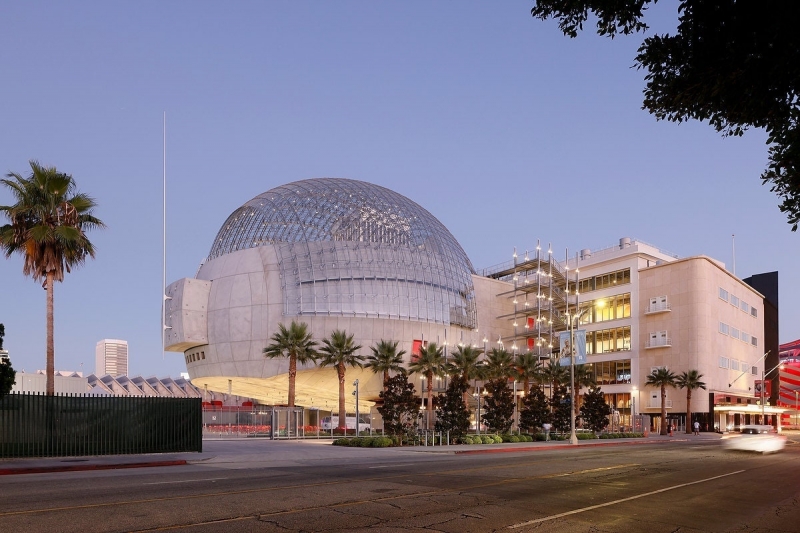 About a year ago, designer Anastasia Khalchitskaya received a call from a long-time customer and offered to restore the cafe «Pearl» in 1962. «We wanted to emphasize the modernist building and preserve the spirit of the times, so we acted carefully,» Anastasia says. — Primorsky Boulevard is one of the main places for walking in the city, and we wanted the cafe to become the center of attraction again, as in the 1960s”» 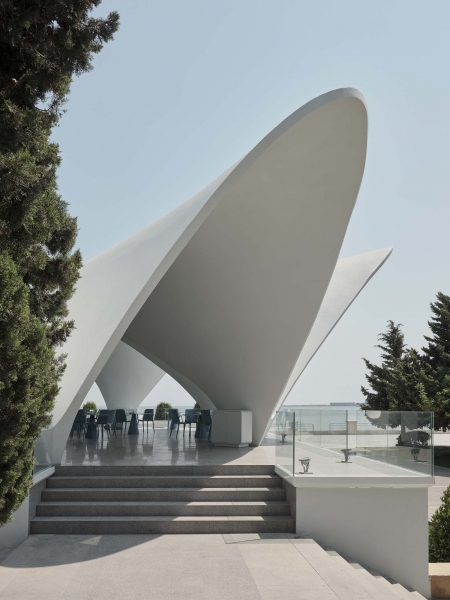 On November 10, the Order of the Knights of Honor was awarded at Windsor Castle. It was received by architect David Chipperfield and musician Elton John. The badge of the Order was personally presented to them by Prince Charles of Wales. 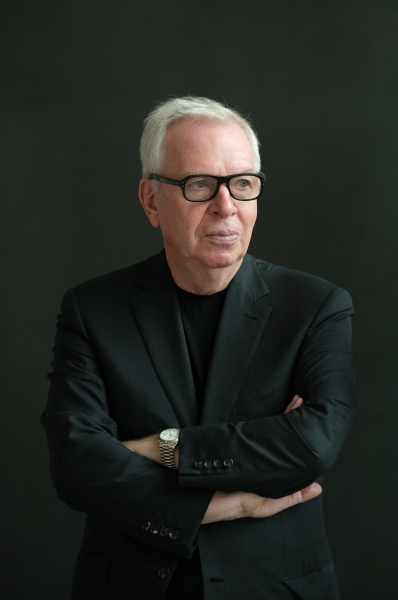 The Garage Museum has announced its plans for the next five years, and the main news is the opening of a new building reconstructed according to the project of the SANAA bureau of the Hexagon Pavilion. We tell you more in our material.

The founder of the Off-White brand Virgil Abloh has died

On November 28, Virgil Abloh, the artistic director of the Louis Vuitton brand and the founder of Off-White, passed away. Many people knew him as a fashion designer and designer, but he was also a certified architect. 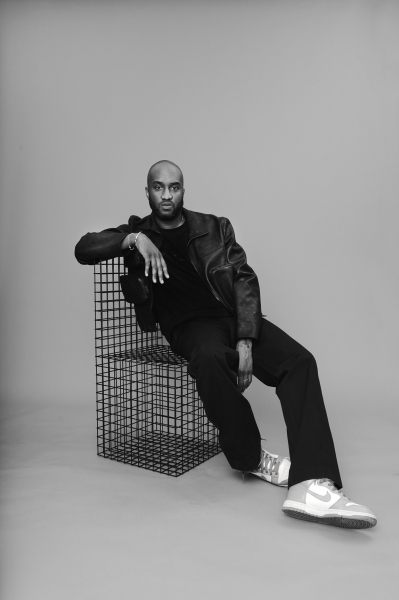 The House of Culture “HES-2″ opened in Moscow

On December 4, a new public space was opened in Moscow — the House of Culture “HES-2″. This is the first Renzo Piano Building Workshop project in Russia and a unique structure both for Moscow and for Renzo Piano himself. 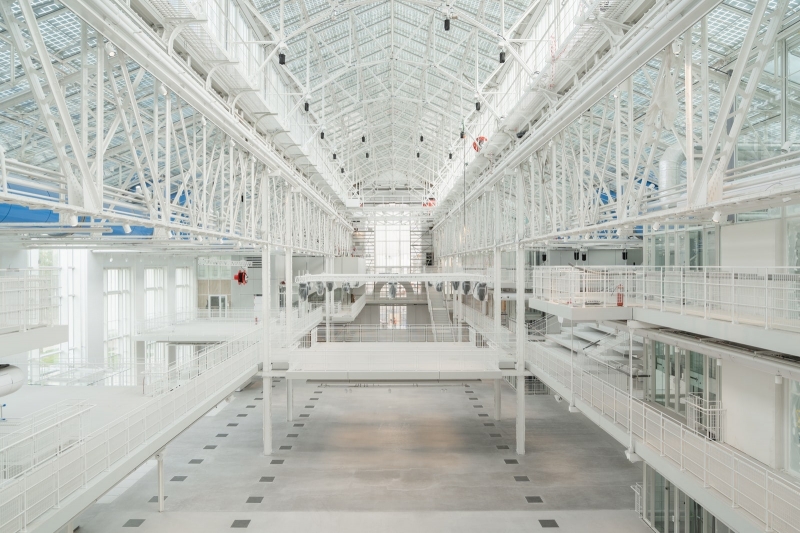