The Boijmans—van Beuningen Museum storage facility, built according to the MVRDV project, has officially opened in Rotterdam. The uniqueness of the object is that it is the first in the history of the museum “storeroom», which was opened to the public. 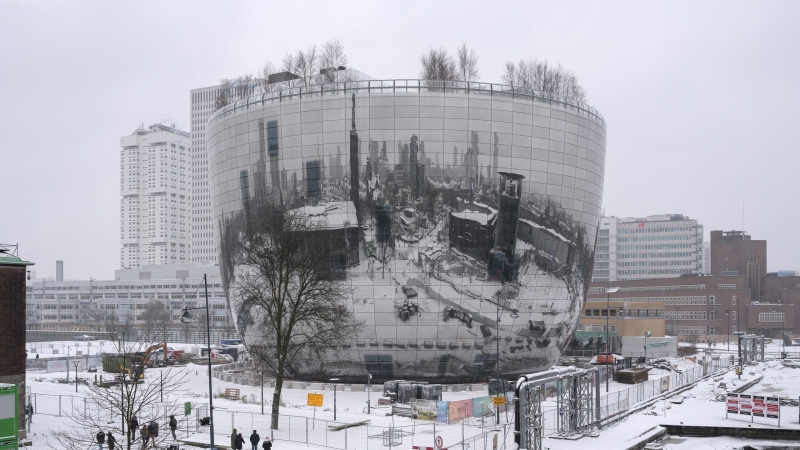 The Boijmans—van Beuningen Museum is one of the largest in the Netherlands, has been in existence for a long time and, like most large historical museums, grows new buildings every few decades. In 2019, the buildings of the 1970s and 1990s were closed for reconstruction (Mecanoo is engaged in it) and it was decided that a new storage facility should partially take over the role of exhibition spaces. It so happened that the model building of the museum “storerooms” from MVRDV already at the design stage became the first in history to be fully open to visitors. The idea that it is time to make the funds open to everyone has long been discussed in the world museum community, so it turned out to be an interesting and significant experiment in all respects. 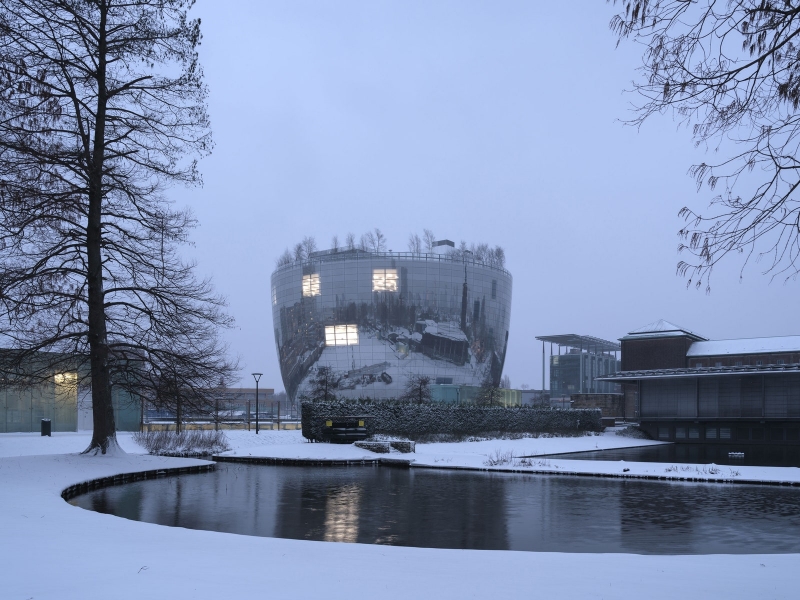 Externally, the museum resembles a huge bowl lined with mirror panels: the unusual image is caused by the desire to ”dissolve» the building among the surrounding buildings. In addition, the cladding panels serve as protection from dangerous sunlight for the exhibits. The unusual shape of the building is also dictated by functional requirements: the base area, which is small relative to the total volume, is prompted by the desire not to block the museum park from visitors and not to block the water treatment facilities located underground. 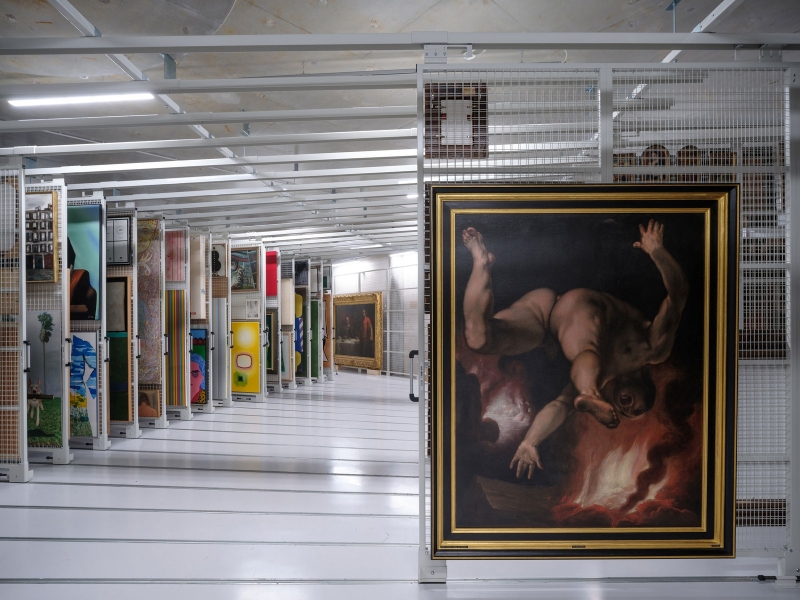 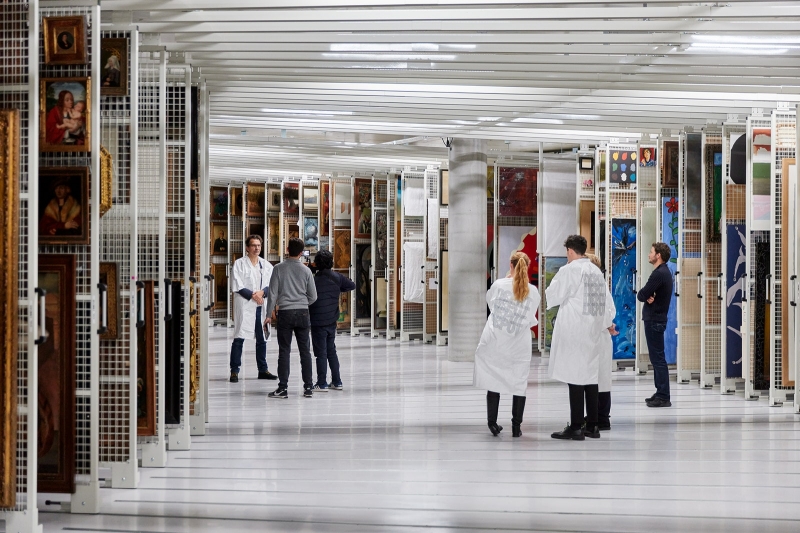 Inside the building with a total area of 15,000 m2 there is a high atrium with stairs diagonally crossing it: glass showcases for curated exhibits are located here. The rest of the space is given to the necessary functional premises: workshops of restorers, storerooms with extendable stands, offices of researchers and curators, warehouses for packing works sent to exhibitions. All the rooms and all the exhibits are now accessible to visitors, which allows you to look into the holy of holies of museum life. Any exhibits requiring special storage conditions (in particular graphics) can be requested for display. 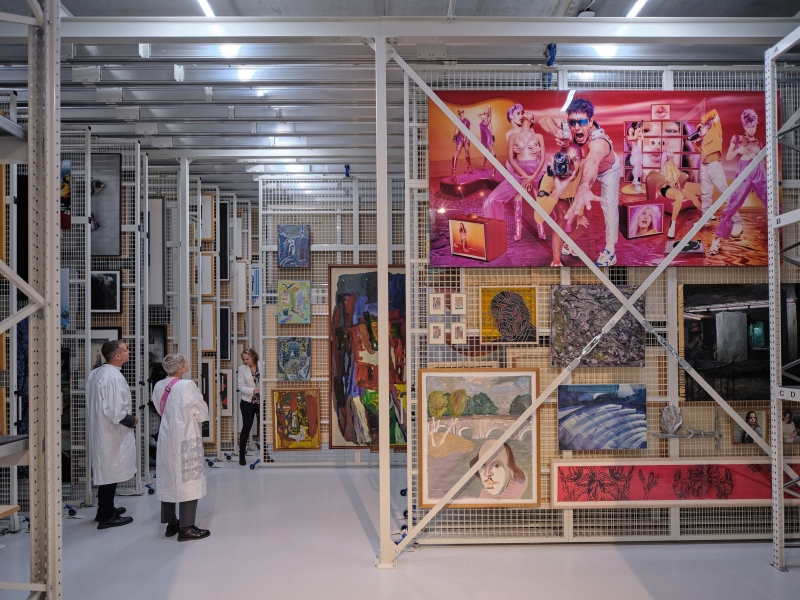 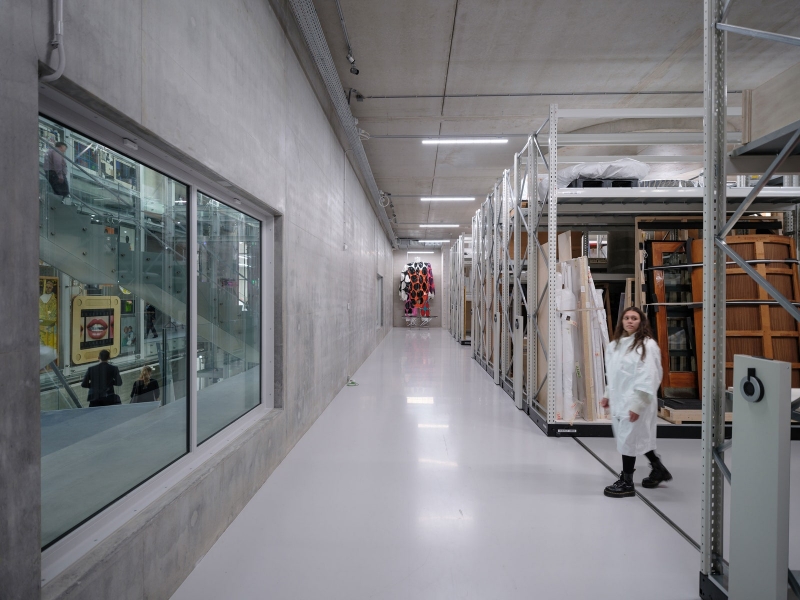 At the same time, the storage facility remains primarily a place where the works are stored, and not exhibited: special temperature and humidity conditions have been created here, and the logic of the location of the works differs markedly from the usual museum display. 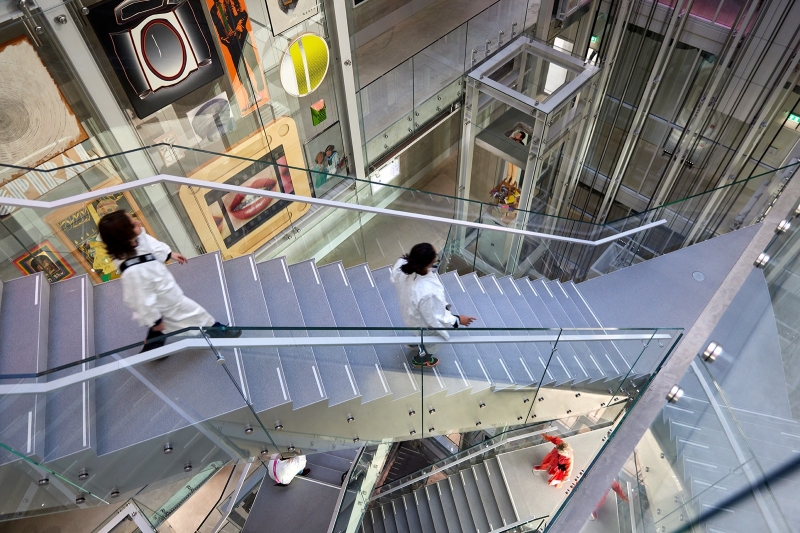 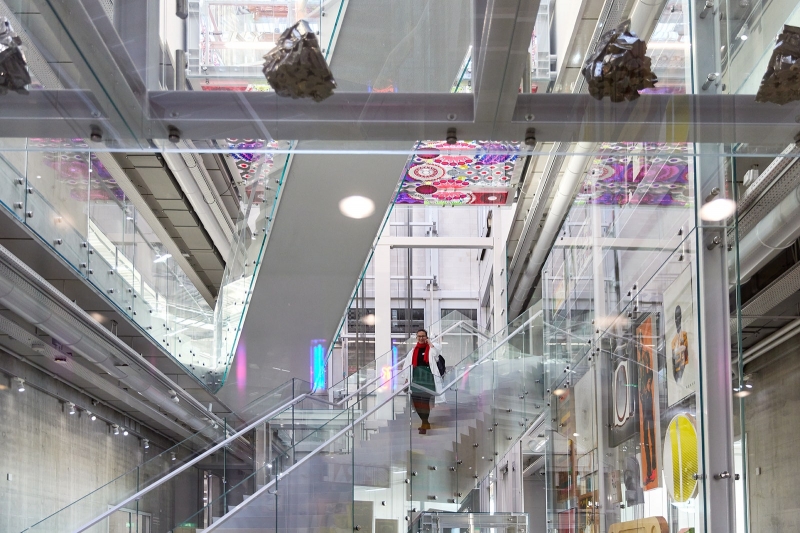 From above, the building is crowned by a birch grove with a panoramic restaurant hidden among the trees, which is also decorated with works of art: here immersion in it is promised to be the most complete. The museum promises that the storage facility will remain accessible to the public even after the opening of the renovated buildings in 2026. 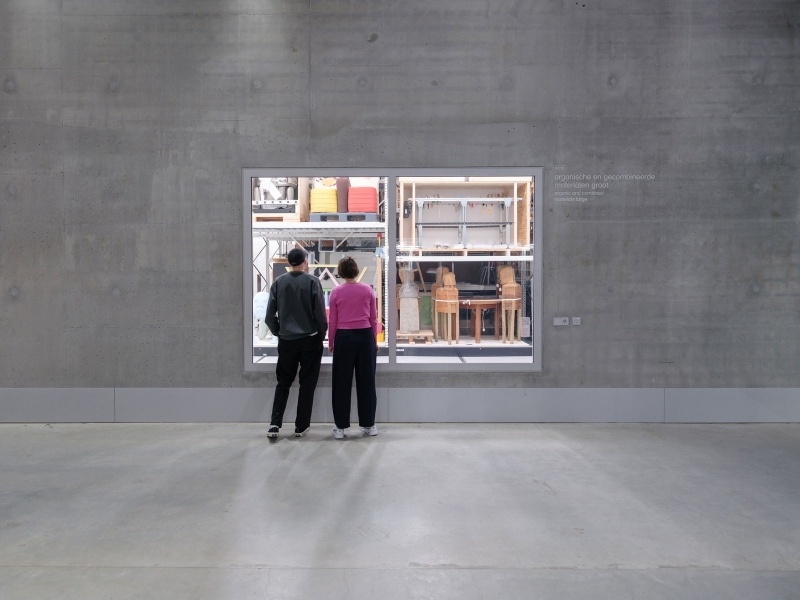