The Wowhaus Bureau and the Museum of Moscow have installed an open-air exhibition that tells Muscovites and residents of the city about the history of the Triumphal Gates. 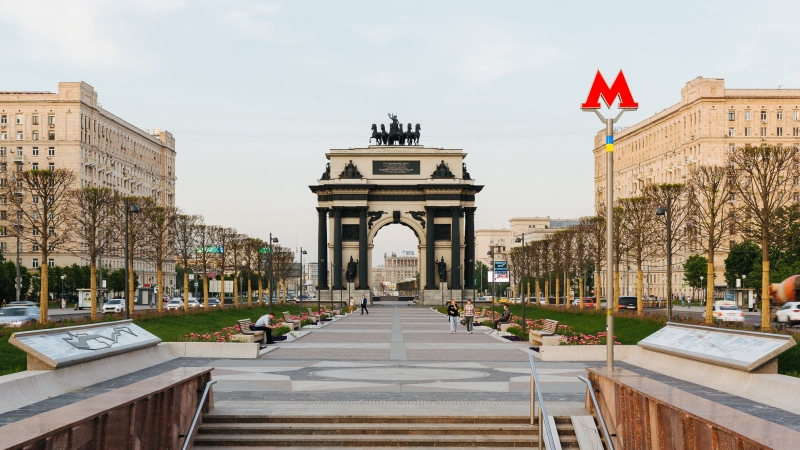 The idea of this project was born after the son of one of the founders of the Wowhaus bureau asked why the Arc de Triomphe is not on the Triumphal Square? Not all adults know the answer to this question, so it became clear that it was necessary to tell residents and guests of the city what kind of building it is and why it is here. 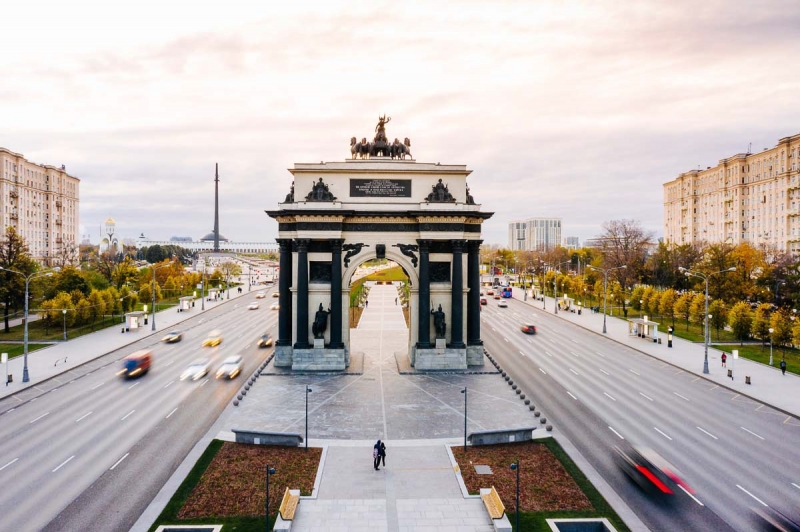 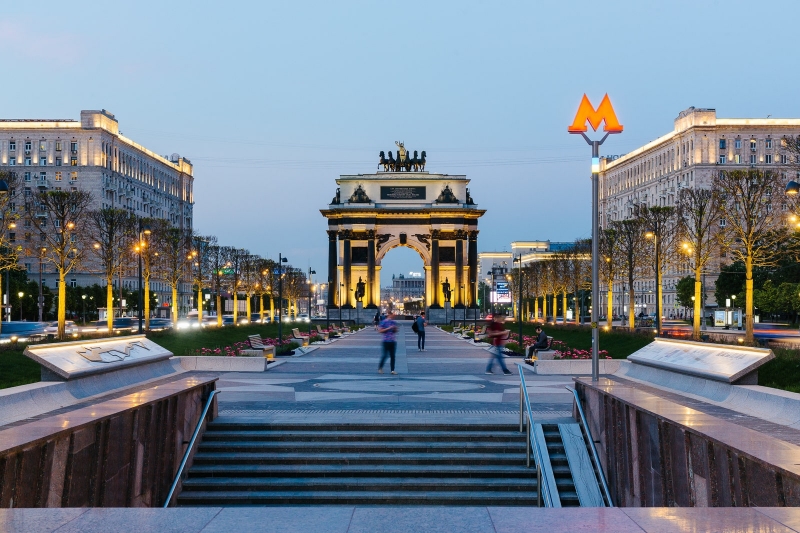 The triumphal gate on Kutuzovsky Prospekt used to be perceived as a rudimentary decoration of the highway divider or a place for a wedding photo shoot. But the Wowhaus bureau decided to rethink the space and place an open-air exhibition here. 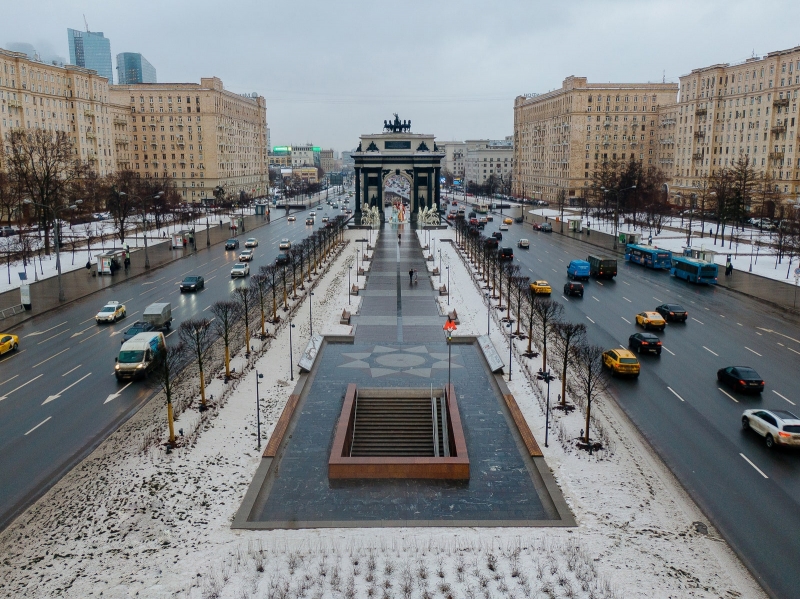 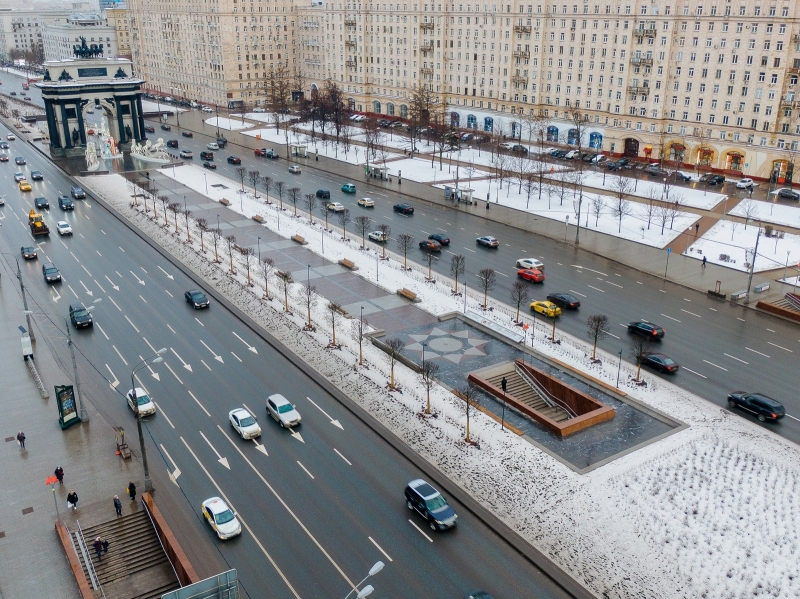 It was created taking into account the fact that the information will be perceived on the run, without serious immersion in the content. Therefore, it was important to use techniques that would help attract the attention of the audience, as well as create a project from all-weather and vandal-resistant materials. 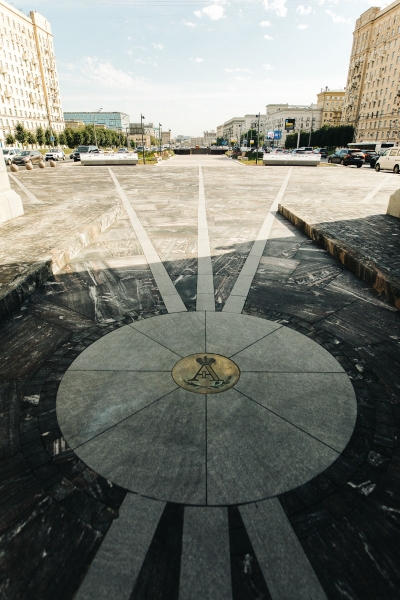 While working, Wowhaus faced an atypical task for an architect: it was necessary to identify clear branches of the story for the exposition. Considering that there were several layers of history at the gate, it turned out to be difficult. Therefore, the Moscow Museum became a partner of the project, which helped to highlight the main subjects. 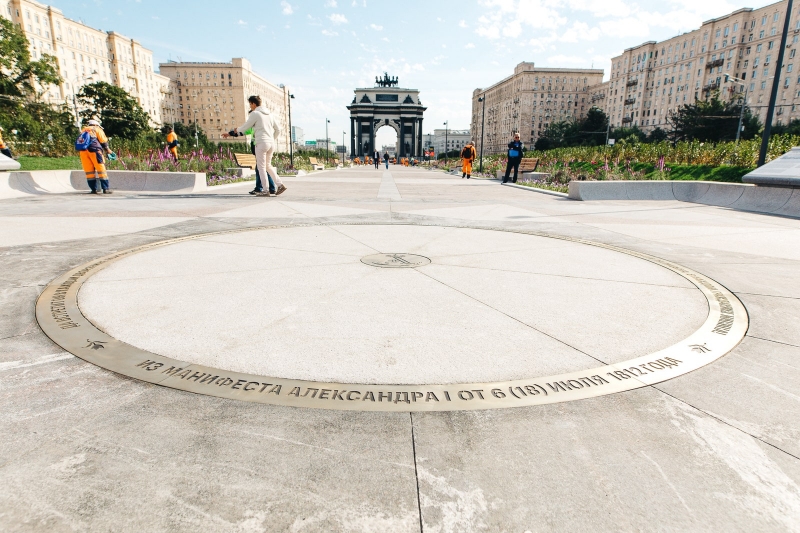 The open exposition stretches for 225 m and contains three thematic blocks: the Patriotic War of 1812 and the Foreign campaign of the Russian army of 1813-1814, Moscow before and after the invasion of Napoleon and the history of the Arc de Triomphe itself. 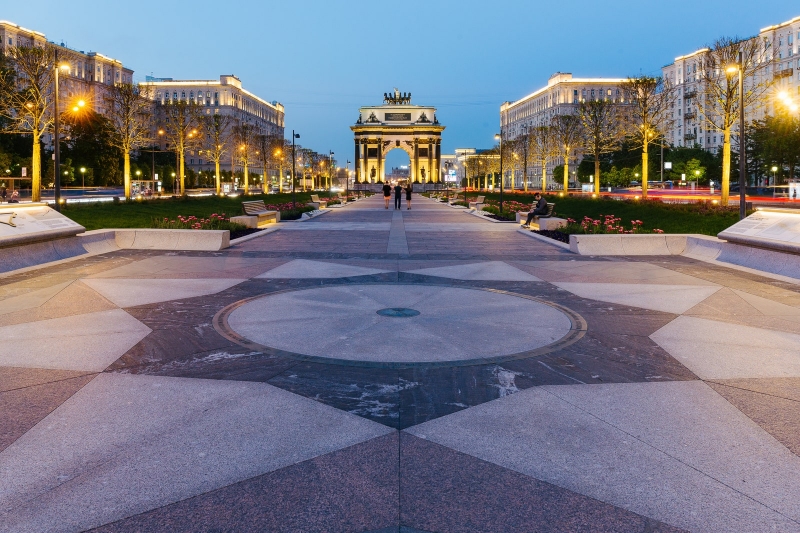 The exposition begins with a story about the commanders — those thanks to whom the Russian army won the war. The story continues about the buildings of Moscow that have been preserved since that time. The architects correlated historical maps with the topography of the modern city. 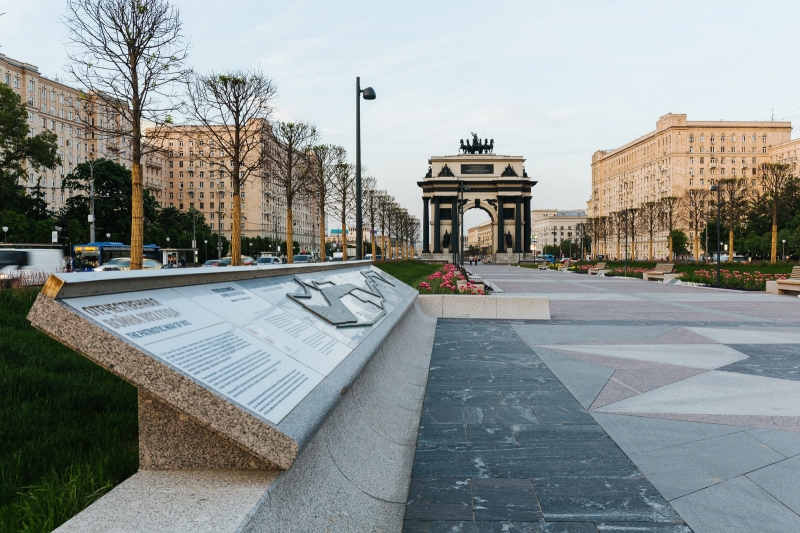 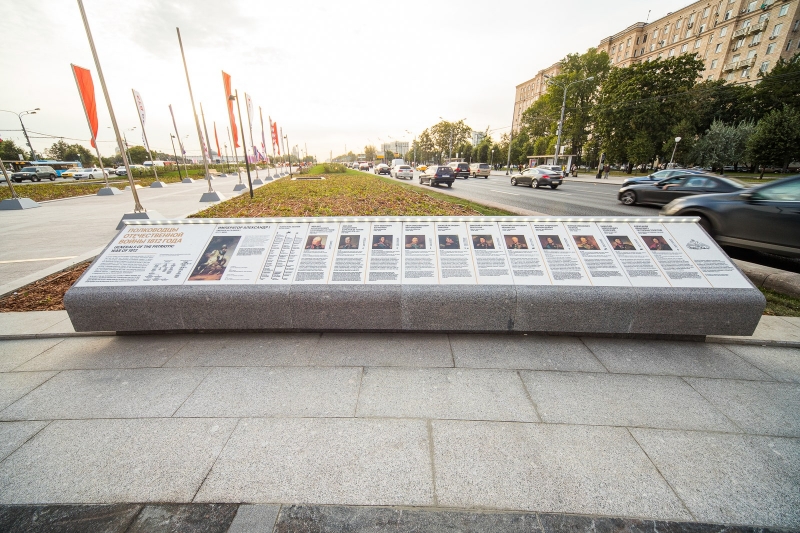 Finally, the third story is about the arch itself, its history and symbolism. The gates were built by Osip Bove in 1834 on Tverskaya Zastava Square, they became the manifesto of Emperor Nicholas I. In 1936, due to the expansion of the transport highway, they were dismantled, and restored only in 1968 already on Kutuzovsky Prospekt. 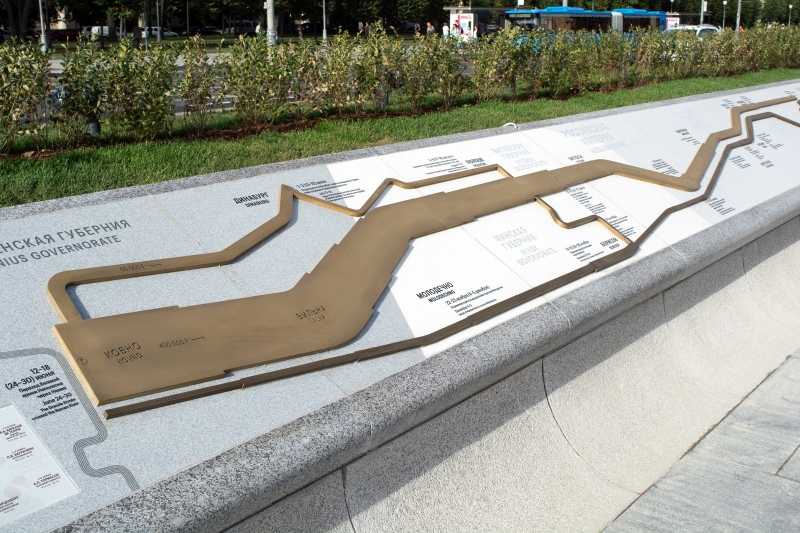 “The main artifact that we relied on when designing was the map of the Minar. In 1869, Charles-Joseph Minard created a map-scheme of Napoleon Bonaparte’s invasion of Russia. It can be called one of the first infographic images in the world. This is a graphic reconstruction of the route of the French army: it shows tactical, strategic mistakes, human losses during grueling transitions. When Napoleon’s Great Army entered Moscow, it numbered 400 thousand people. No more than 10 thousand returned to Paris. We have moved this map to the volume,” the architects say. 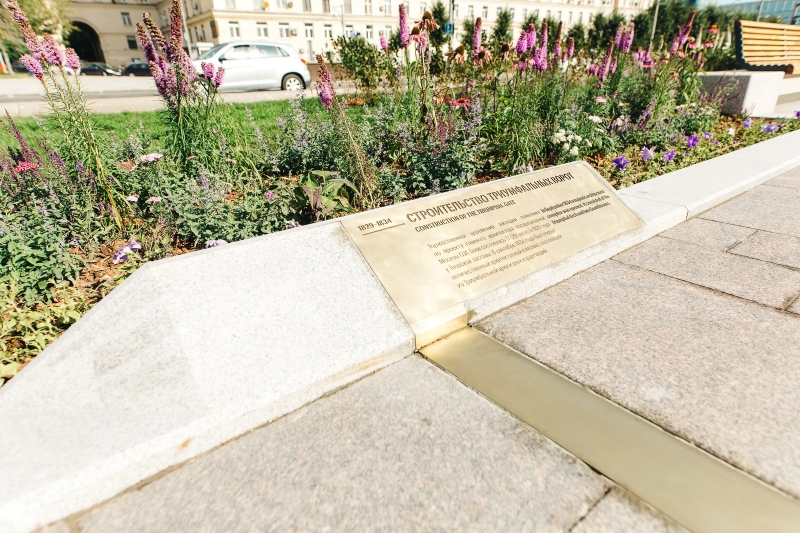 In order to protect the space of the arch and the exposition from the city noise, the bureau also had to redo the landscape. Artificial hills were created on the island, and in memory of the Russian troops who reached Paris in 1814, a lime alley was planted. 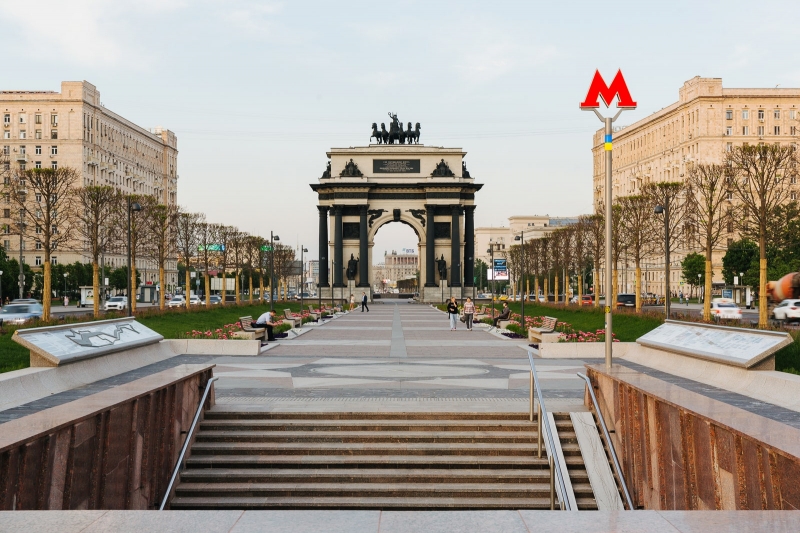