We tell you how Le Corbusier, John F. Kennedy and the daughter of the Chinese ambassador to the United States influenced the life and work of Yu Ming Pei. 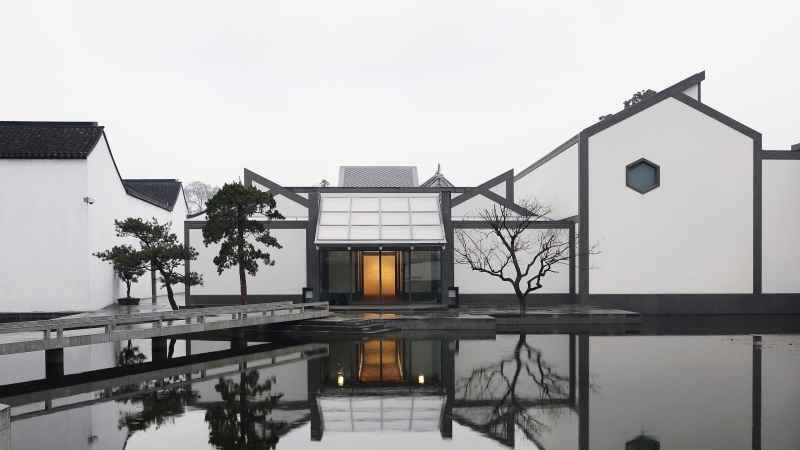 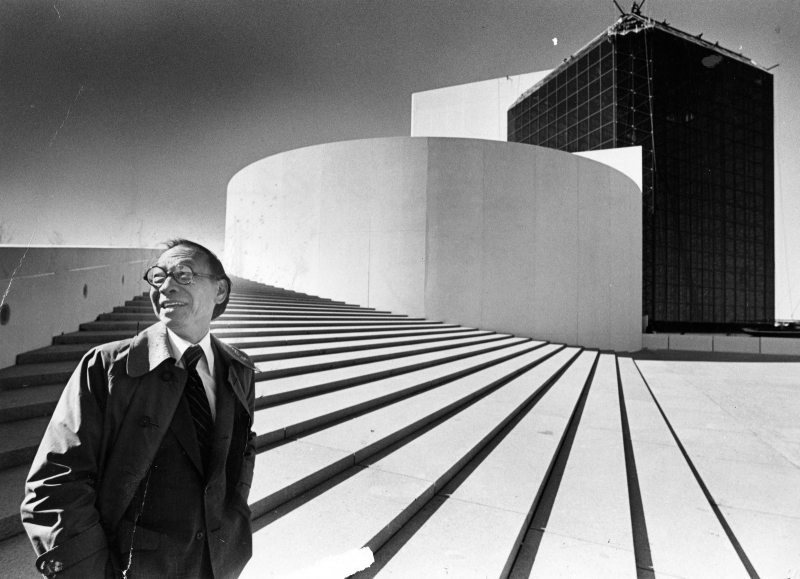 Architect Yu Ming Pei (1917-2019) on the background of the John F. Kennedy Presidential Library-Museum in Boston. 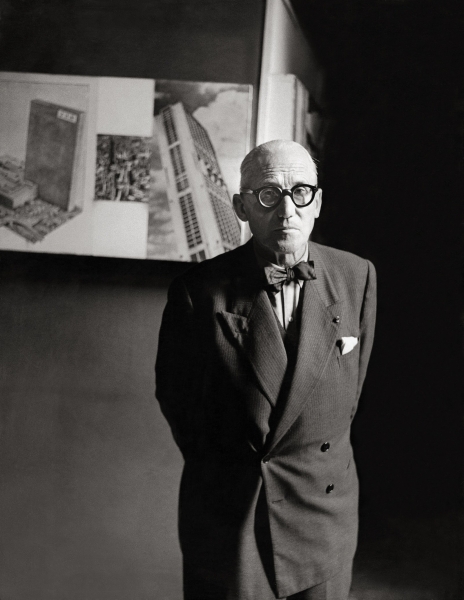 The Massachusetts Institute of Technology taught traditional architecture, which did not inspire Yu Ming Pei. In the library he found three books by Le Corbusier, which fascinated him, and in 1935 the legendary architect came to Massachusetts. ”The two days spent with Korby became the most important in my architectural education,» Yu Ming Pei said.

After World War II, Pei entered the Graduate School of Design at Harvard University, where Marcel Breuer and Walter Gropius came to teach. They were his curators and highly appreciated the graduation work dedicated to the Museum of Art in Shanghai. 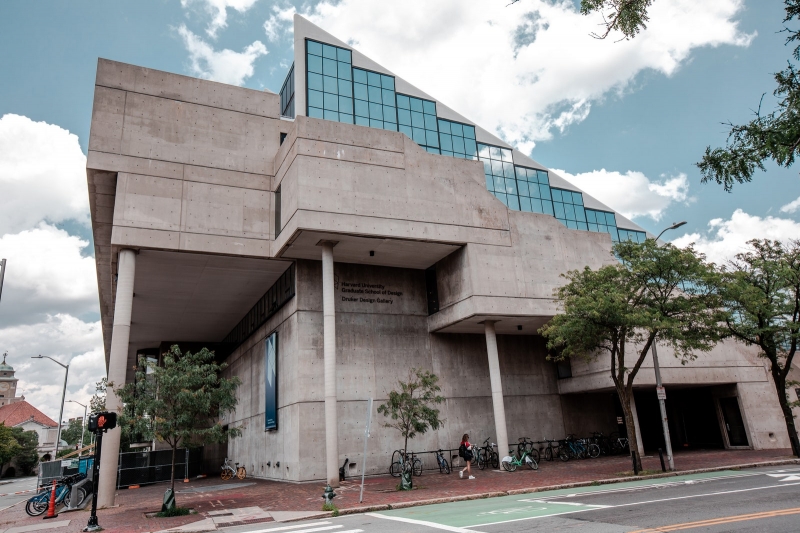 It was built in 1990, and at that time the 367-meter building of the Bank of China was the tallest in Asia. The architect was inspired by bamboo shoots, an important plant in Chinese culture. In Hong Kong, great importance is attached to the traditions of feng shui, but the bank building does not correspond to them, for which it was criticized by experts. 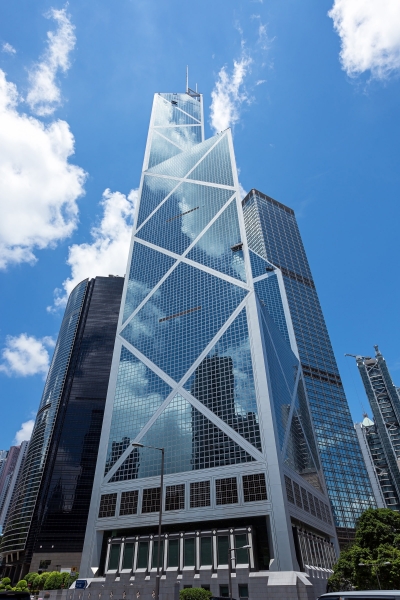 The Bank of China building in Hong Kong.

4. The Pyramid of the Louvre

The most famous work of the architect. French President Francois Mitterrand invited Pei to take up the project of the Louvre ensemble. The architect came up with the idea to make the entrance to the museum in the form of two glass pyramids. The president liked the project, but outraged the director of the Louvre, and he left his post. 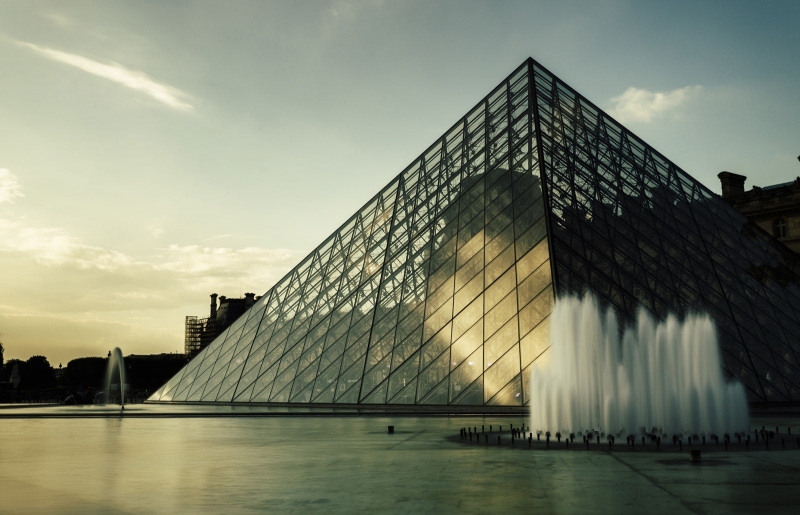 The pyramid of the Louvre in Paris.

Yu Ming Pei met the only love of his life while studying at MIT. Eileen, the daughter of the Chinese ambassador to the United States, was fond of architecture and landscape design. They got married right after graduating from university, raised four children and lived together for 72 years. 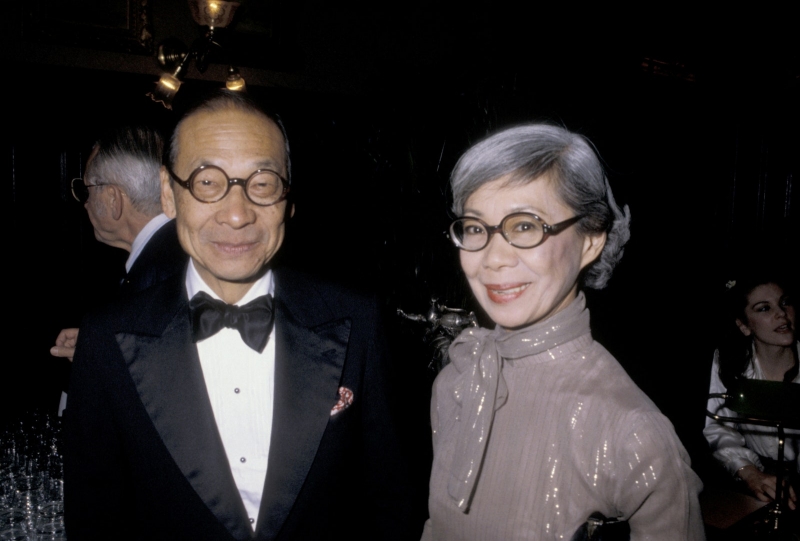 Yu Ming Pei with his wife Eileen Loo at a reception in New York. 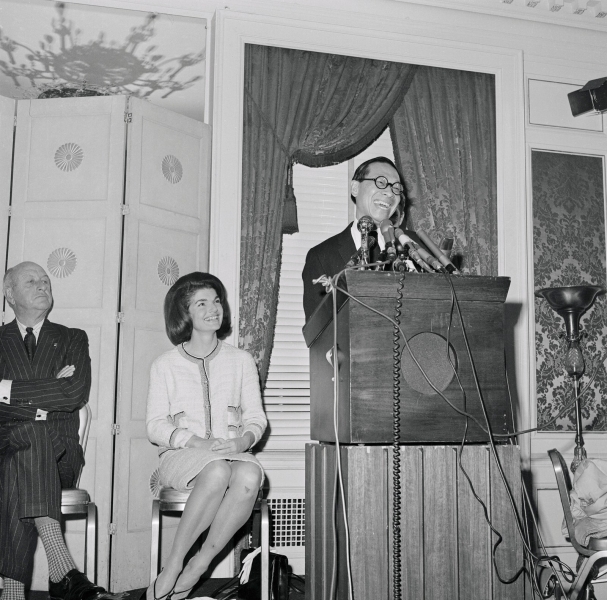 Yu Ming Pei and Jacqueline Kennedy at a press conference.

After the assassination of the president, it was decided to build a library and a museum as a memorial. Jacqueline Kennedy chose Yu Ming Pei for this, explaining it this way“ «Like my husband, he inspires hope, besides they were born in the same year”»

Yu Ming Pei’s ancestors lived in Suzhou Province, there is a family tomb here, and little Pei spent every summer here. The architect considered it important to refer to national architectural traditions, so the Art Museum in Suzhou was built in the image of local buildings, but in a modern way. 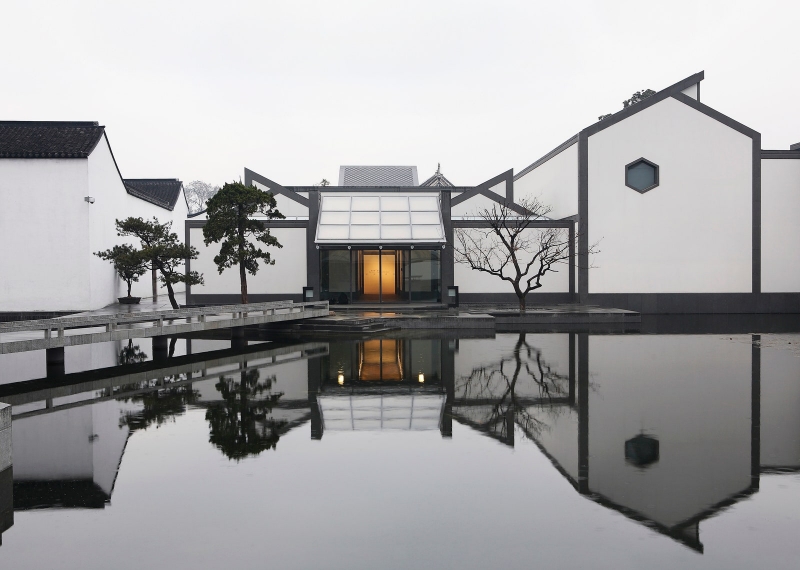