On a small, densely overgrown jungle island on a reservoir formed on the Xiu River by the Sihai Dam, an outlandish-looking “village” with a high observation tower, erected according to the project of the Shanghai Parallel Architecture studio, has recently appeared. 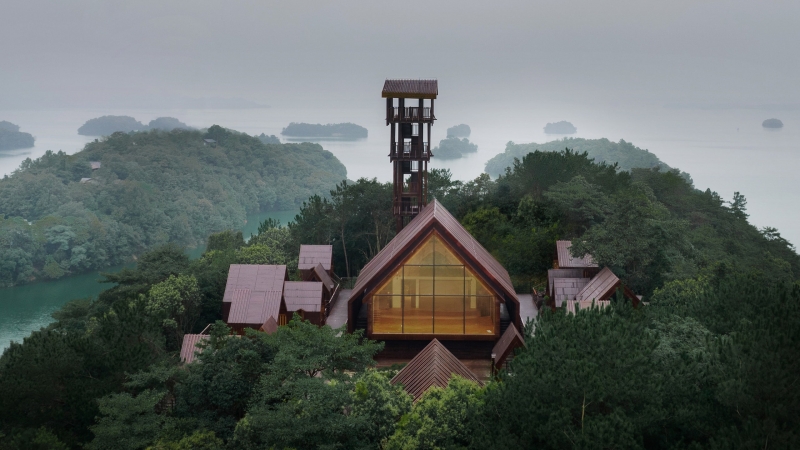 The Cabin Fairy Town complex at first glance really seems to be a tiny self-sufficient town: there is a high-rise dominant, a square, a central hall, and a cluster of small wooden houses hovering high on stilts, connected by wooden platforms running through the forest at the level of the tree crowns. And around there are dense thickets of cork oak forest. 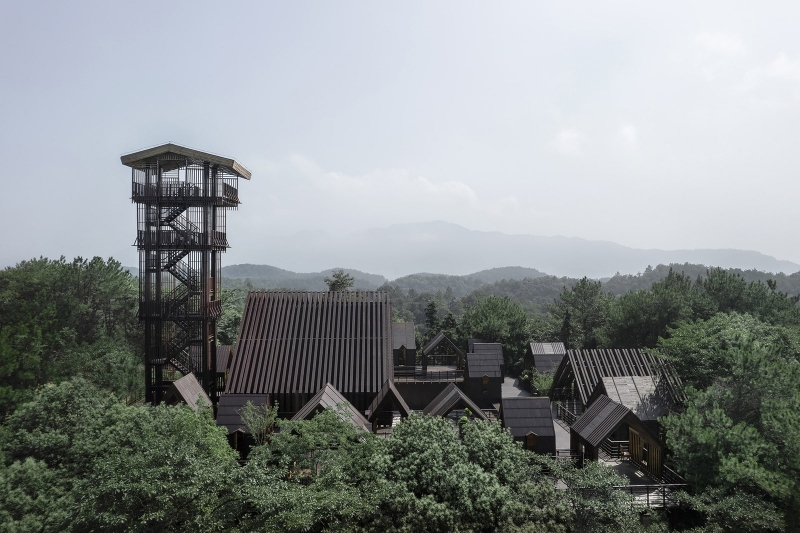 However, if you look closely, wooden houses are still similar to residential buildings: they are all through, without the usual windows and doors and, in fact, are numerous canopies. The «village» itself is the most flexible multifunctional platform for a variety of events: here you can arrange yoga sessions, workshops in the bosom of nature, camping and celebrations. Moreover, if necessary, it can be converted into a real residential village. 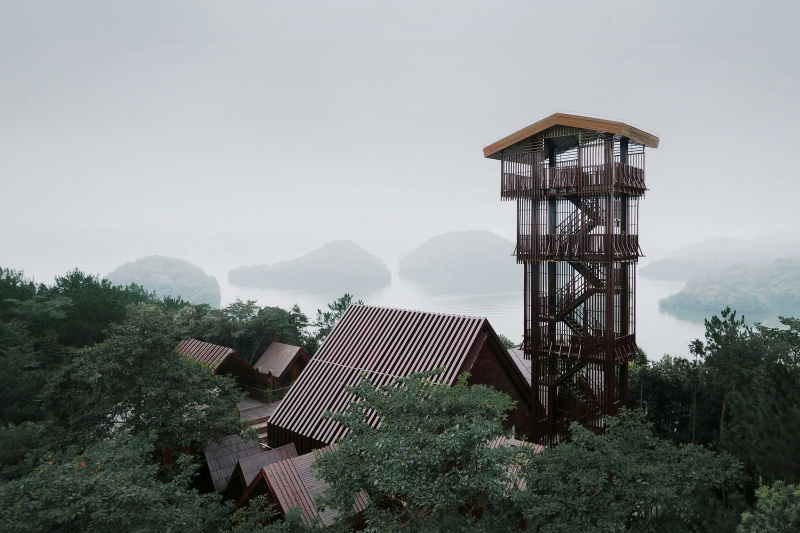 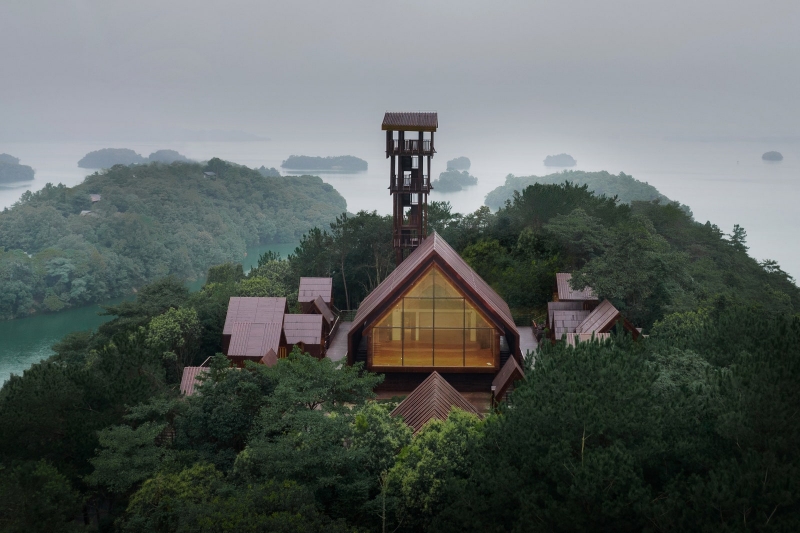 A new picturesque complex appeared on the site of an old concrete building, which was demolished, the site was leveled and houses with an observation tower were erected in its place. At the same time, the building spot completely coincided, and the rhythm of the location of buildings and passages was prompted by the trees growing around. Moreover, the orientation of the wooden cabins itself is prompted by views and panoramas: they serve as a kind of frames for the most beautiful viewpoints. 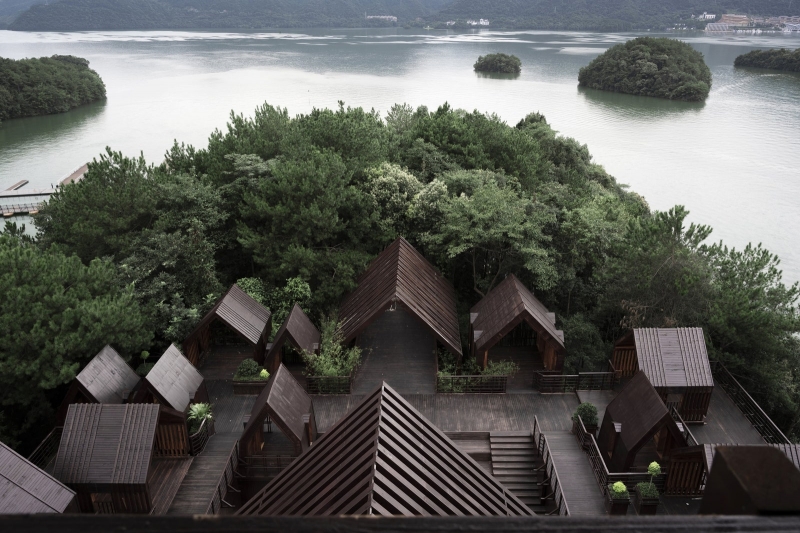 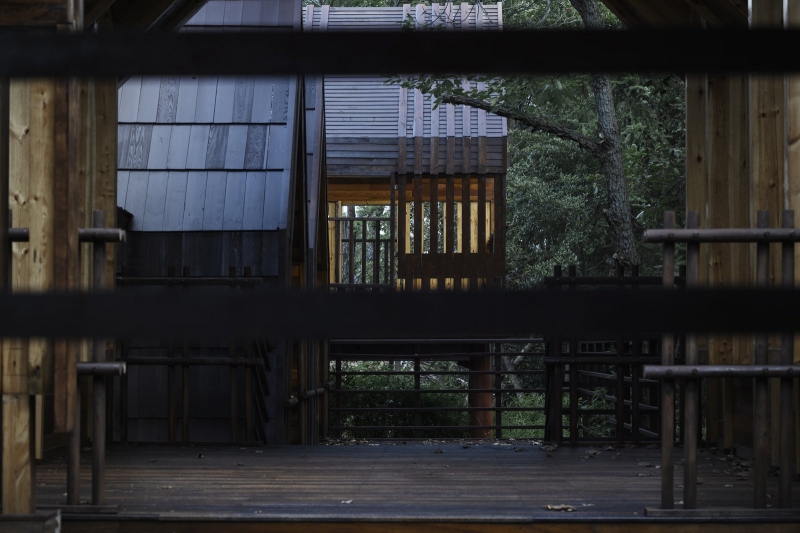 In order to erect a building on a wild island with minimal interference with nature, wooden houses — and here there are three standard modules — were first fully prepared “on the mainland” and then mounted on site. The main material of the cabin is Hongxue pine with insect and rot treatment, which still retains the original wood texture. 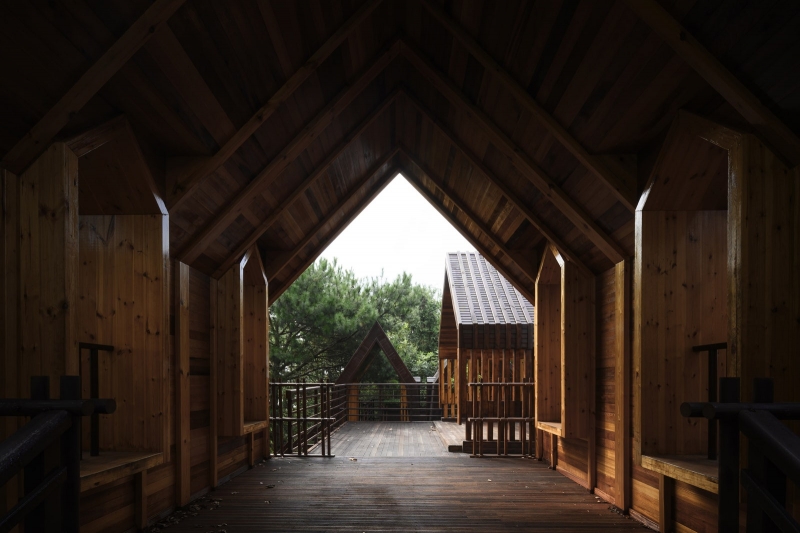 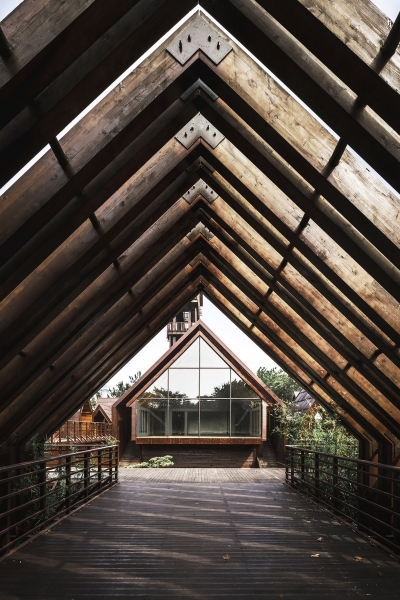 Based on the fact that the space should easily adapt to new future functions, three types of wooden cottages have been developed, whose «hollow» frame gives unlimited opportunities for further development. In particular, small residential modules can be built into them. 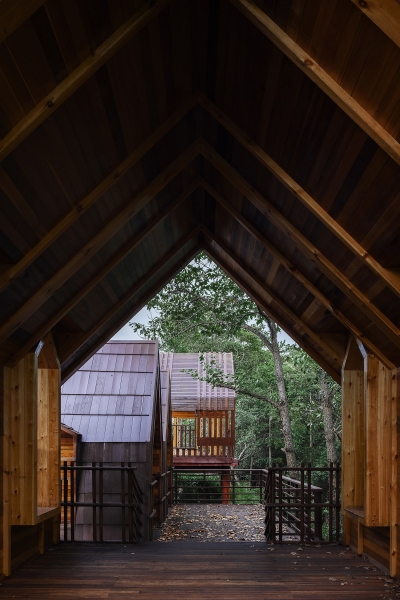 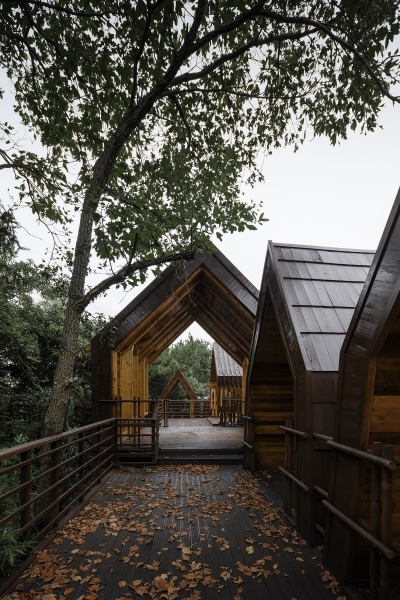 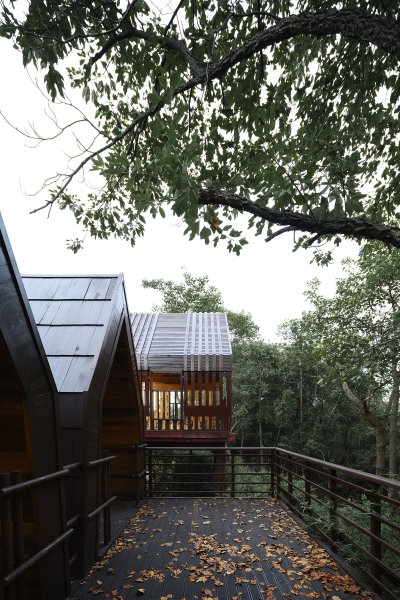 The multifunctional hall on the central axis of the “town» is an enlarged version of a small wooden hut, but unlike it, it is closed from the ends with glazing and represents a spacious, spectacular multi-weather space. 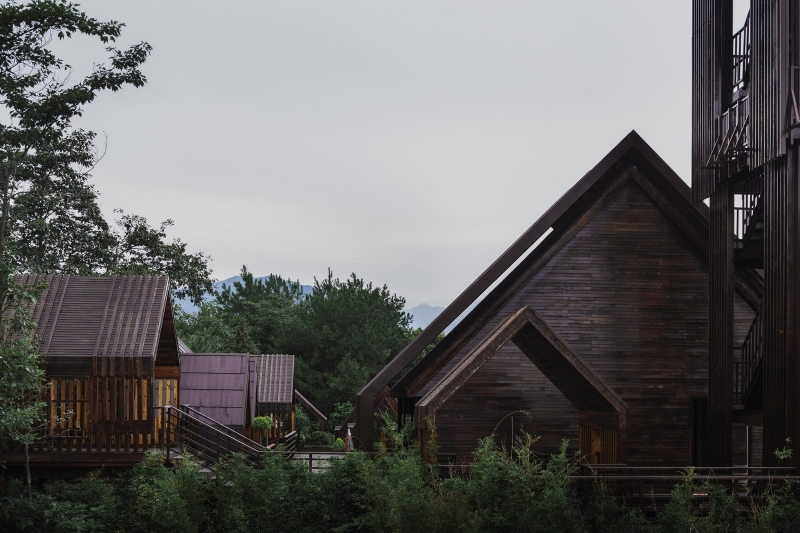 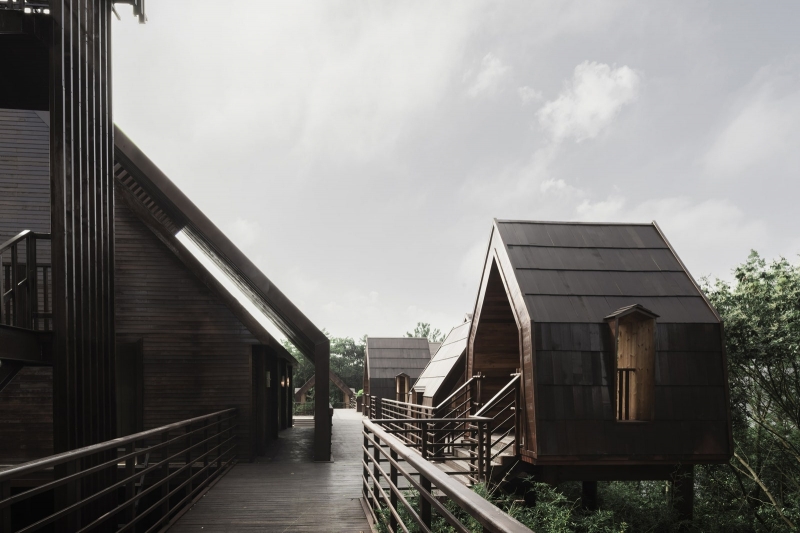 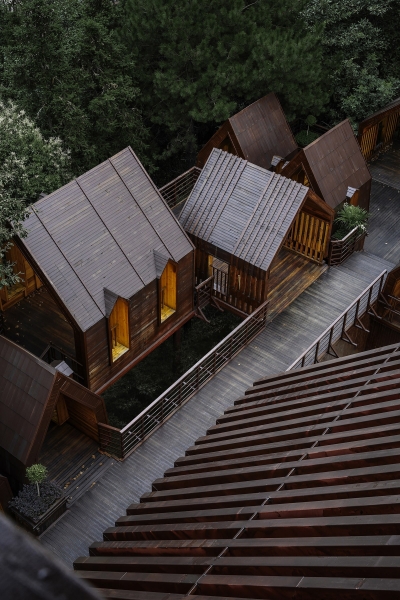 The highest point of the entire island is an observation tower with a steel frame: magnificent panoramas of the lake and the islands around come off from above. The openwork wooden facade is made permeable to reduce wind load, but thanks to the play of light and shadow, it is surprisingly beautiful at sunrises and sunsets. 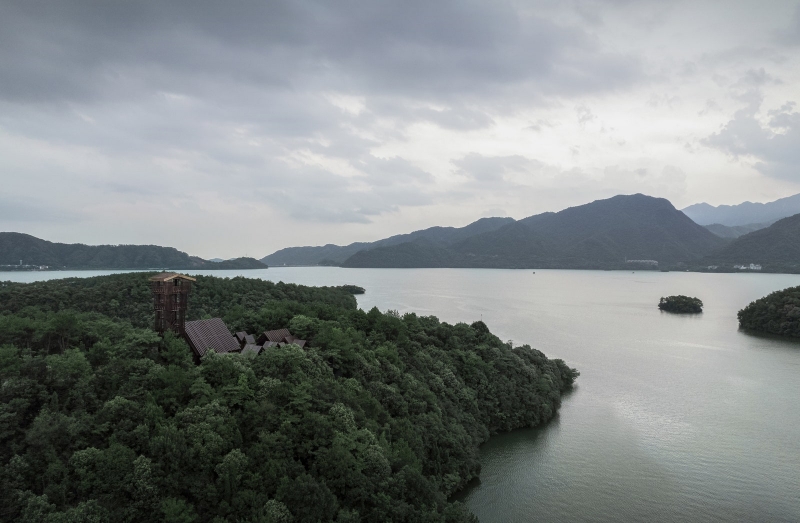 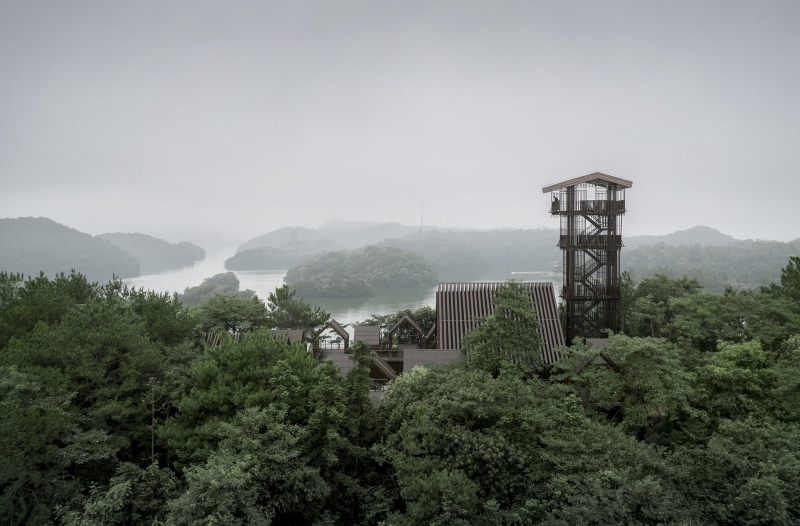 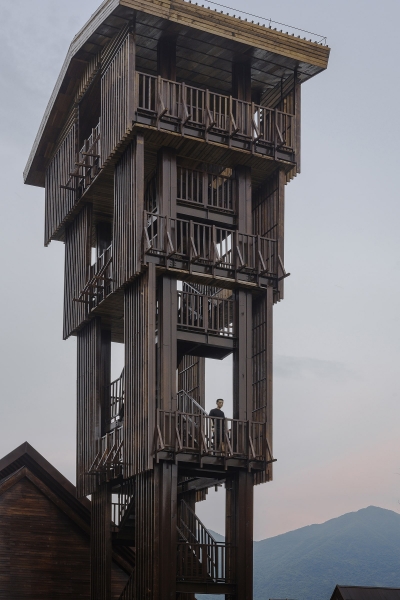 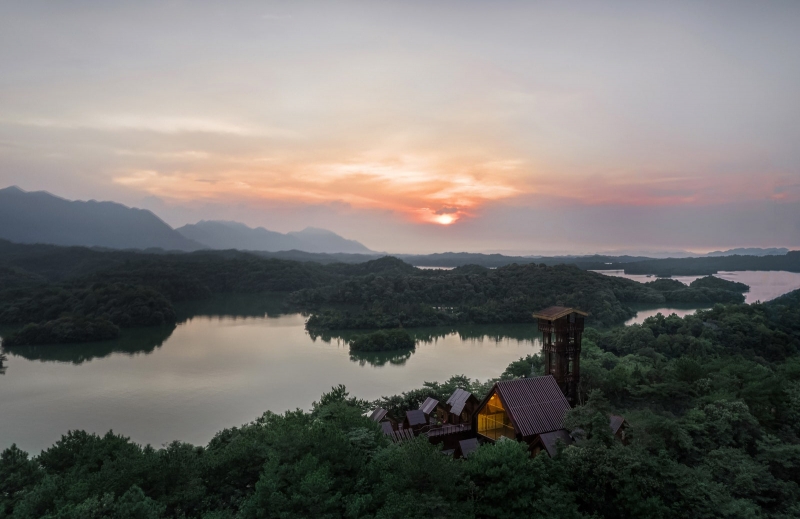 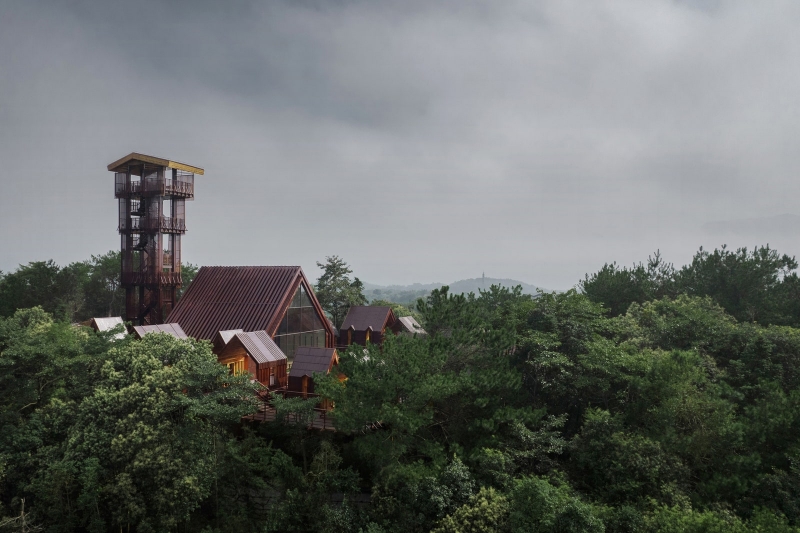 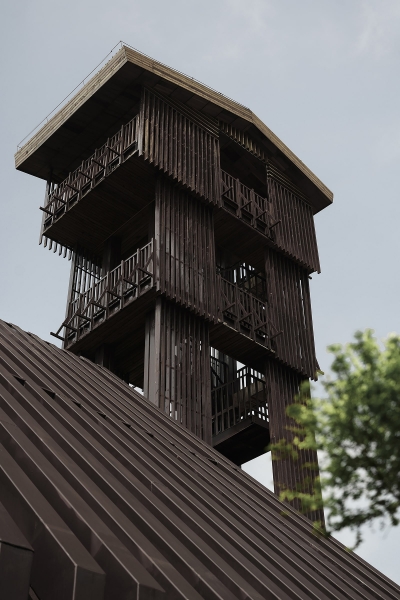 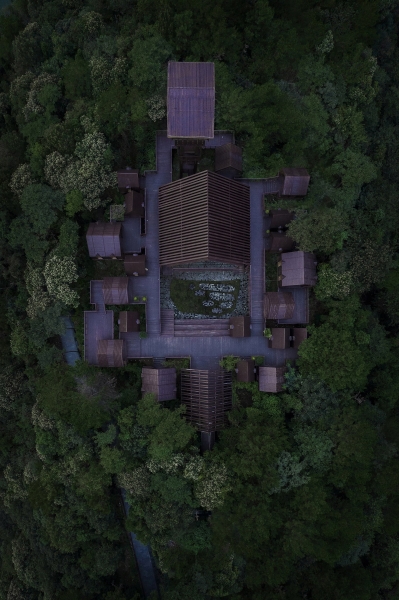 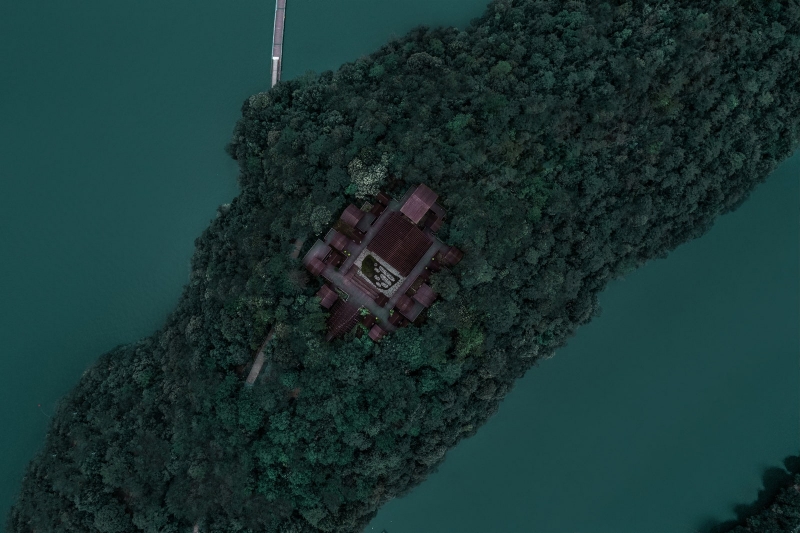 House of Music in Budapest designed by Su Fujimoto