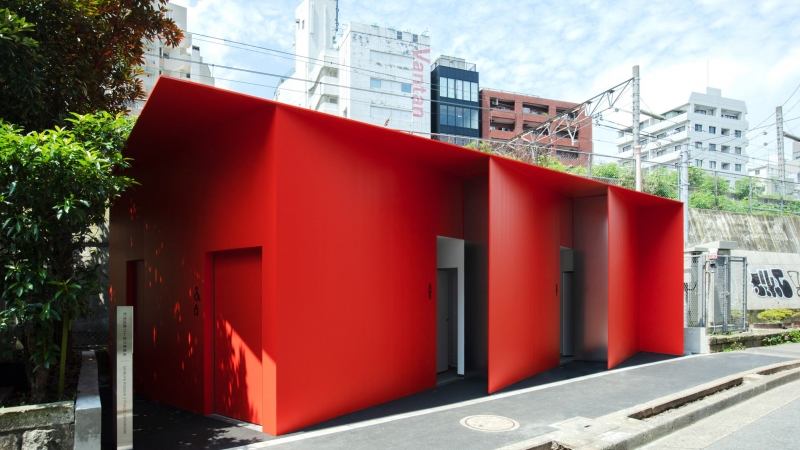 Public toilets in Japan are one of the architectural highlights of the country. Latrines are found in different colors and sizes, they look like country houses, small castles, bus stops or buildings in the Bauhaus style. However, many residents and tourists do not visit them, considering the structures dirty and unsafe. To change the negative image of these places, the Tokyo authorities and the Nippon Foundation launched The Tokyo Toilet Project in 2020 for the opening of the Olympics. As part of it, nine new toilets have appeared in the Shibuya area, designed by world-famous architects and Pritzker laureates. Eight more are in development and will be opened soon. 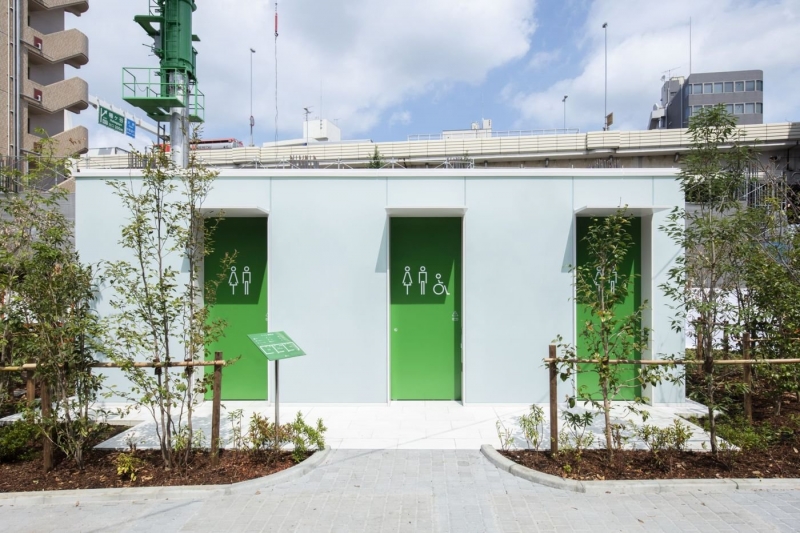 The project of Takenosuke Sakakura.

You can monitor the construction of facilities on the official website of The Tokyo Toilet Project — on the map you can see the addresses of new toilets, as well as their equipment. Absolutely all pavilions are adapted for the disabled and elderly, but some are also equipped with separate children’s toilets and changing tables. 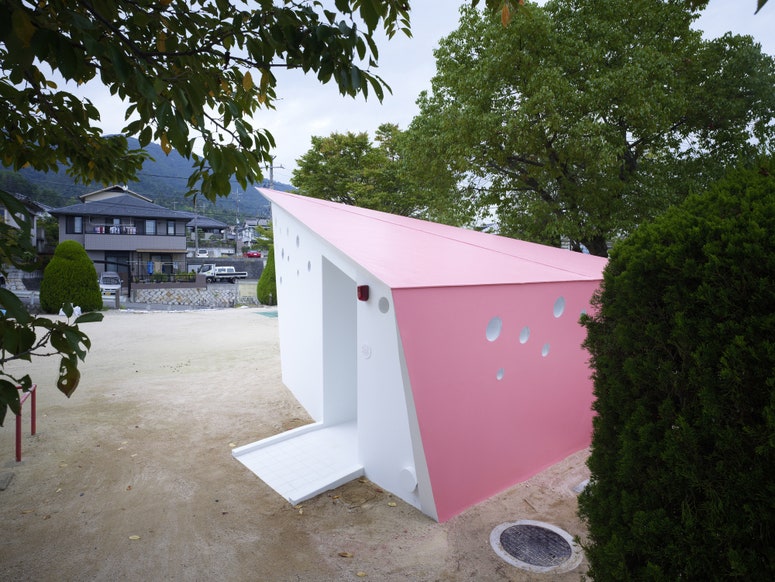 One of the toilets was created by architect Kengo Kuma, who also designed the National Stadium where the Olympic Games are held. His project — “Toilet Park” — consists of five huts connected by a garden path. All buildings are covered with cedar panels located at different angles, and differ in internal equipment — some are aimed at parents with children, others — for people moving in wheelchairs. 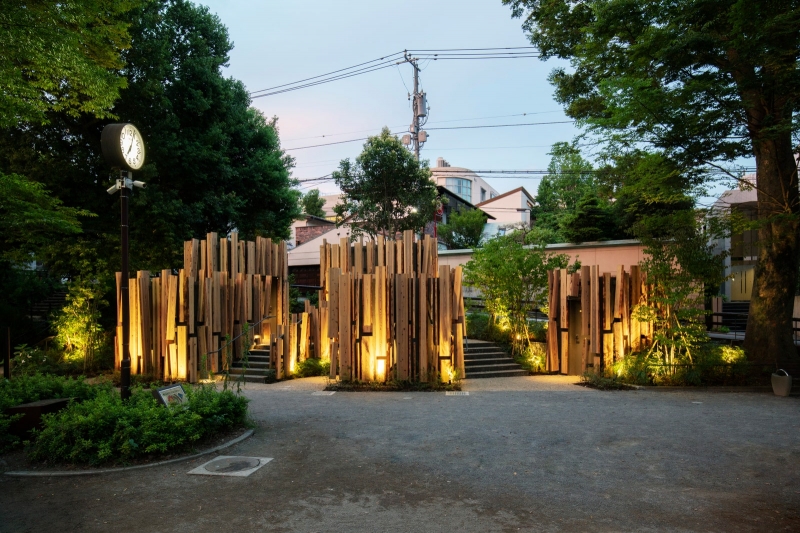 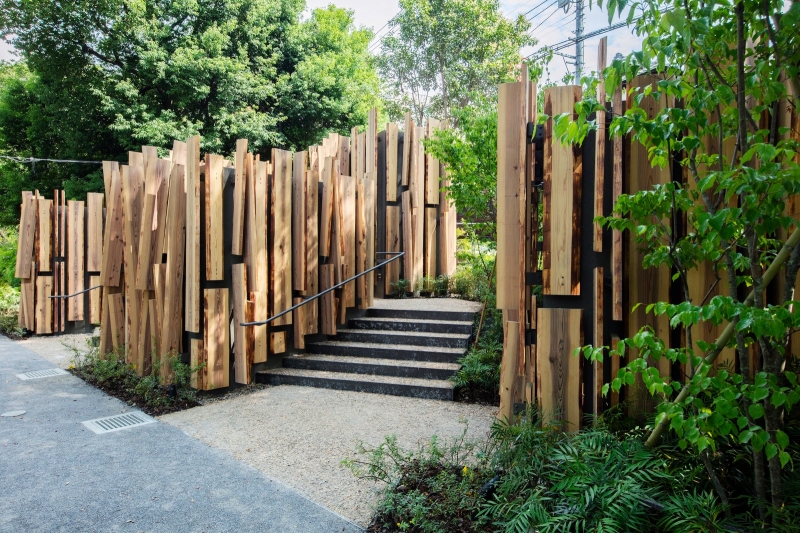 Pritzker laureate Tadao Ando, known for his laconic concrete buildings, also participated in The Tokyo Toilet Project. He built a toilet in Jingu-Dori Park in the form of a traditional summer pavilion, which can be found in Japanese gardens. Cylindrical design is a ledge where you can hide during bad weather. By the way, the building is called “Amayadori”, which means “shelter from the rain”. 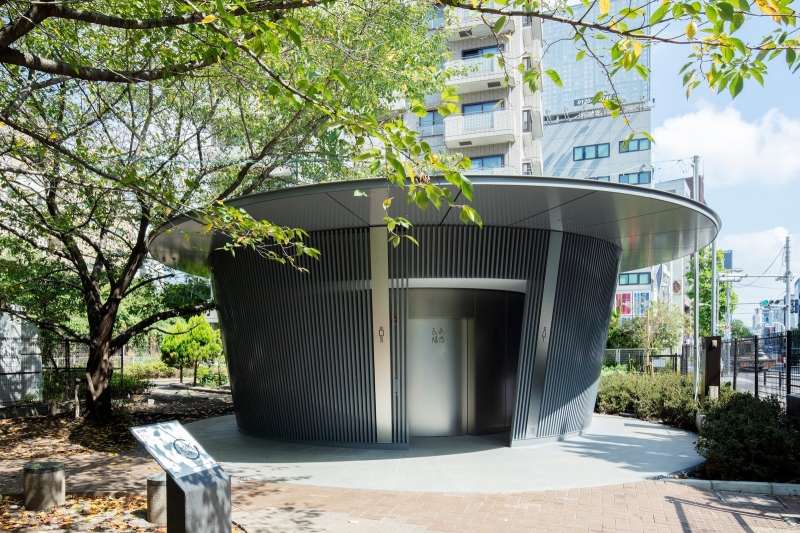 Fashion designer and creative director NIGO presented the toilet in the form of a cozy house, which contrasts sharply with the nearby high-rise buildings. The inspiration for the creation of the “cottage” was the Washington Heights Dependent Housing residential complex, built for military families in the Washington Heights area in 1946. After the war, such houses began to be built en masse in Tokyo, but by today almost all have been destroyed. 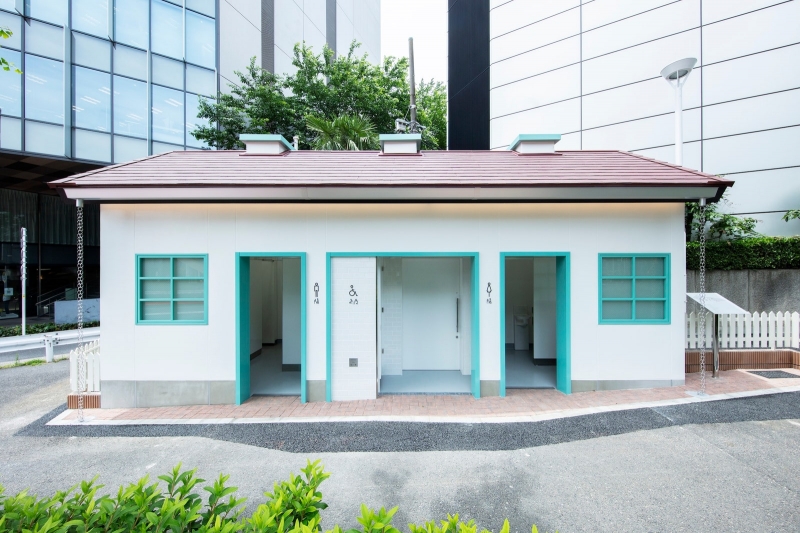 The pavilion designed by Nao Tamura is inspired by the traditional Japanese art of origata — the packaging of objects. Therefore, it was as if she wrapped the building in bright gift paper. “It symbolizes our spirit of hospitality towards the multinational guests of Shibuya,” she says. 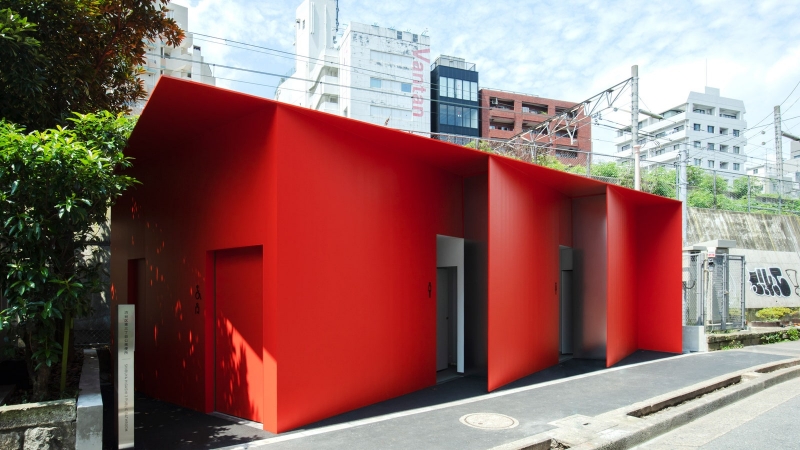 The project of Nao Tamura.

Another pavilion designed by Masamichi Katayama refers to the ancient toilets of kawai, which were simple huts made of hardened soil or pieces of wood connected to each other. The architect connected 15 concrete walls, and three different zones were placed in the spaces between them: female, male and general. 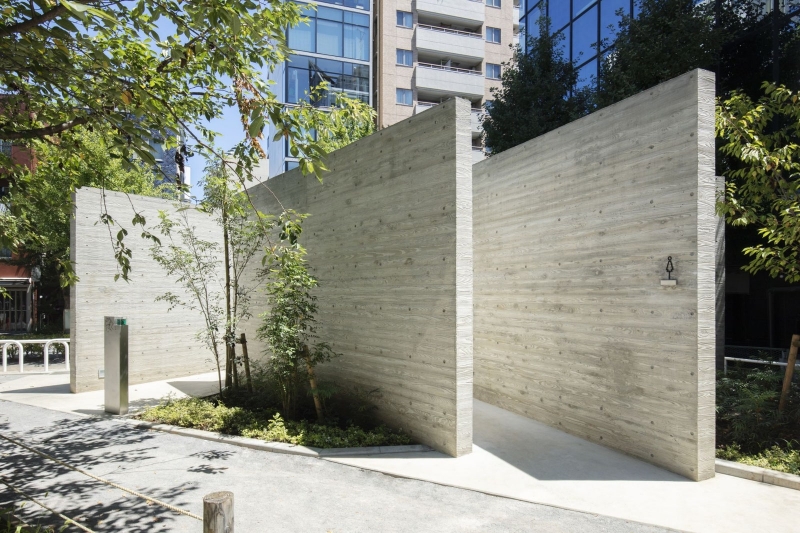 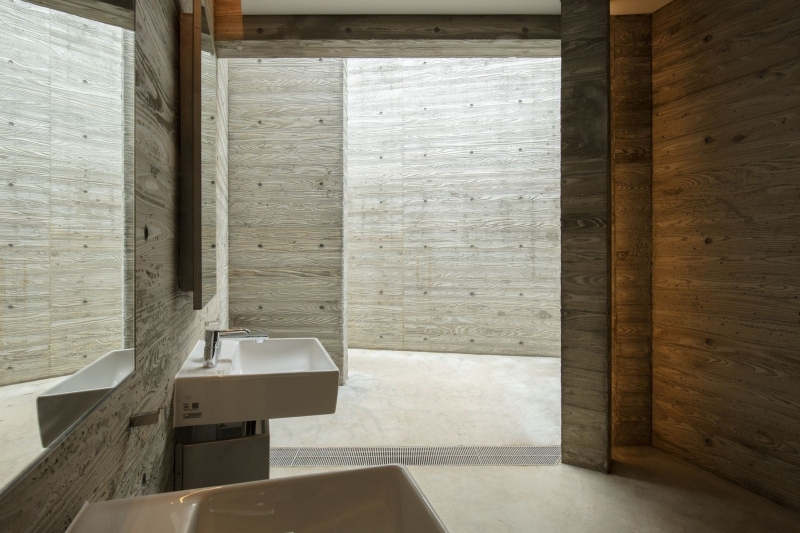 Shigeru Ban built two toilets at once — they are translucent, but when the door is closed from the inside and the walls become opaque. This allows you to see from afar whether the pavilion is currently occupied, as well as how clean it is. 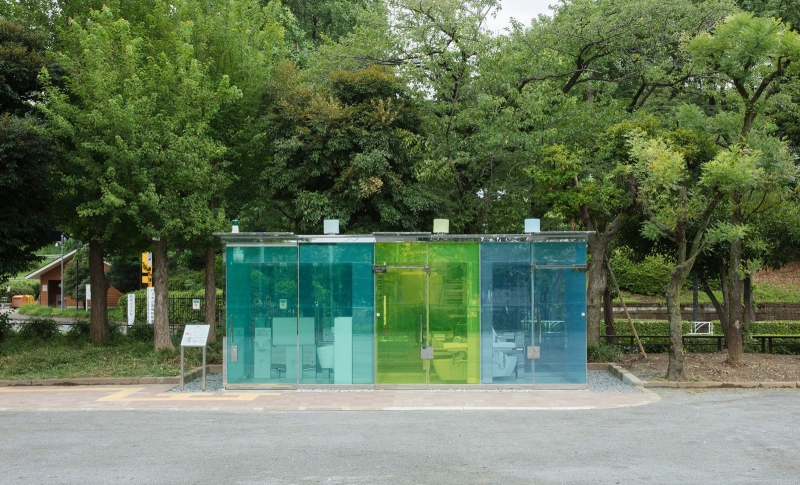 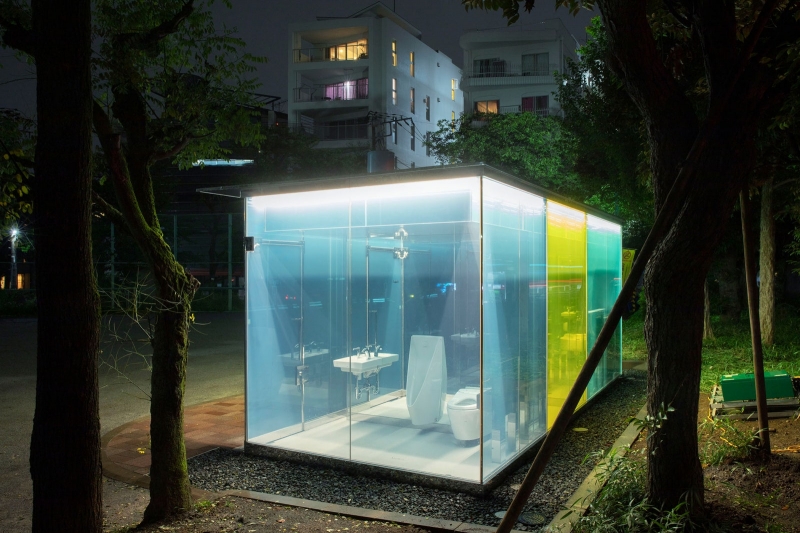 The fifth toilet is located in a popular district park where children often walk, so architect Fumihiko Maki tried to fit the pavilion into the landscape as harmoniously as possible, disguising it as a game structure. 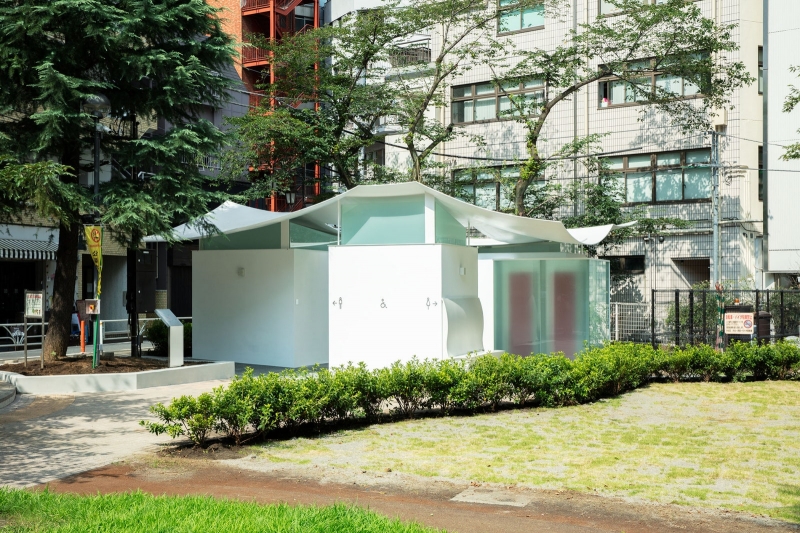 Architect Takenosuke Sakakura built a toilet in the center of Nishihara Park. Its design is inspired by andon, a Japanese paper lantern. But in this case, not only the form is borrowed, but also the function — the toilet will illuminate the park at night. 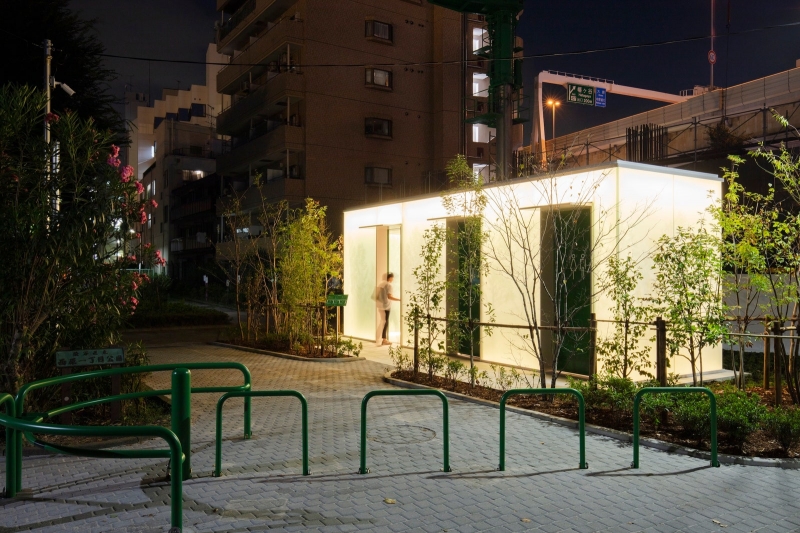 The project of Takenosuke Sakakura.

An extension to a house in the Czech Republic