Not far from Kaluga stands, gradually collapsing, the estate of the merchant Shchepochkin. Once balls were held here, weddings were played, as evidenced by the luxurious halls and ceremonial dining rooms, but locals call the house a “white school». And it is about her that the exhibition of the artist Ekaterina Rozhkova is about. 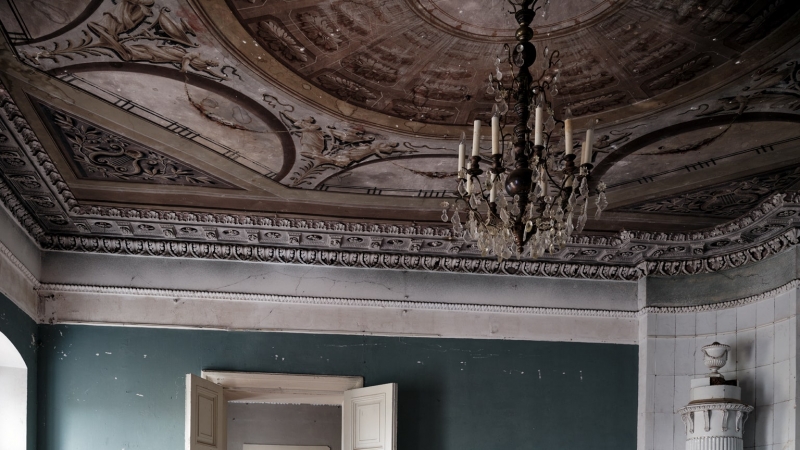 The main house of the merchant Shchepochkin’s estate was built in the second half of the XVIII century, and the history of its appearance is connected with the linen factory. In 1718, the Kaluga merchant Timofey Karamyshev, following the decree of Peter I, built a factory on the Sukhodrev River “for making sailing cloths» and a paper manufactory. Later, his partners were Afanasy Goncharov (the great-great-grandfather of A. S. Pushkin’s wife) and Grigory Shchepochkin, who, after Karamyshev’s death, divided the factory into parts and built estates that were not similar to each other next to each other. 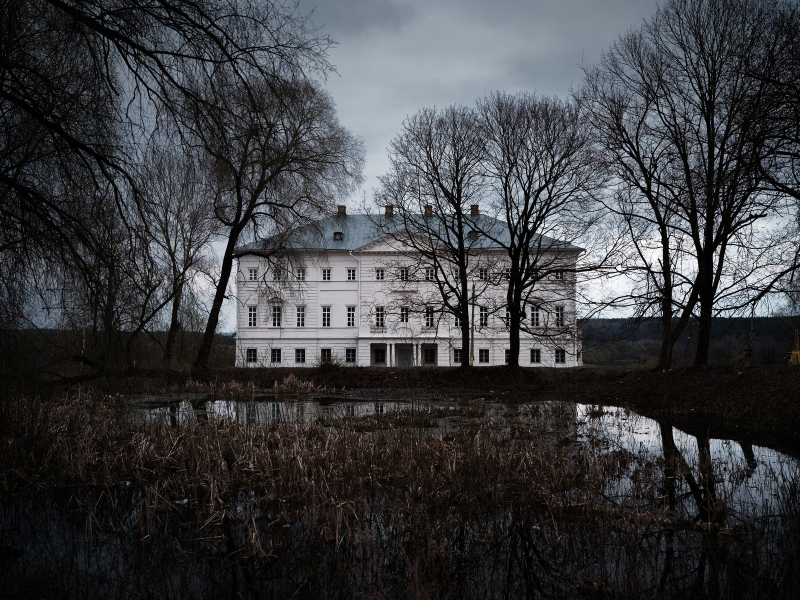 Shchepochkin’s estate has always been in the shadow of its neighbor: Goncharov, who received a large share, built a huge palace on the high bank of the river, and Shchepochkin — a neat manor with a small garden. The lower floor was intended for household needs and had no artistic decoration, on the second floor there was a ceremonial suite of rooms, and the third was residential: there were rooms for owners, guests and children.

For many years the estate was inherited, but later it was sold to the merchant Ershov. He, being an Old Believer, decided “for the salvation of his soul” to open a school here — in 1909 it appeared on the third floor of the house and worked until the Great Patriotic War. 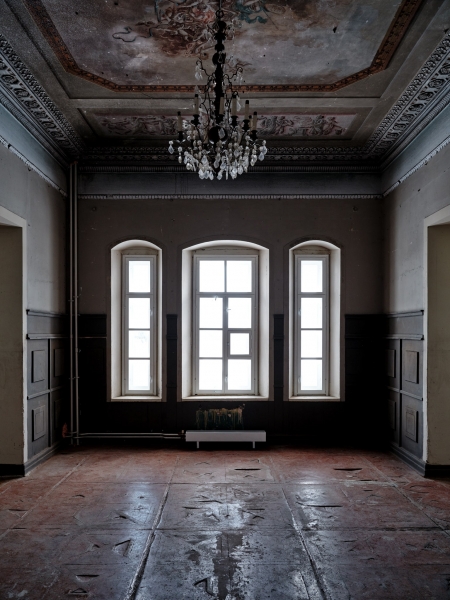 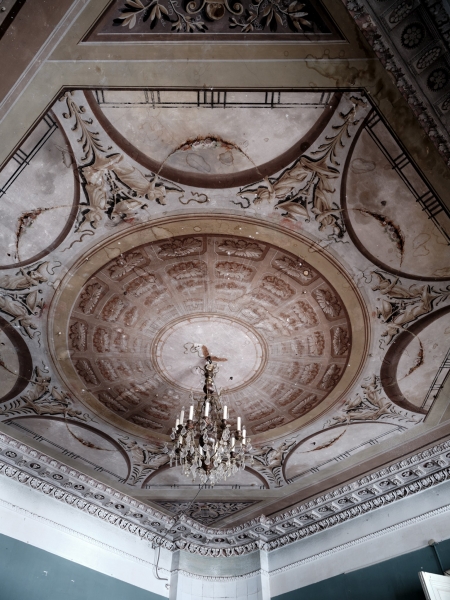 At that time, the rich and famous Goncharov estate was destroyed, and Shchepochkin’s estate was under threat of destruction: first, the German occupiers arranged a stable on the ground floor, and retreating, they planted a bomb there. But the locals found out about it and saved the house. Maybe the collective memory that there was a school here played a role. 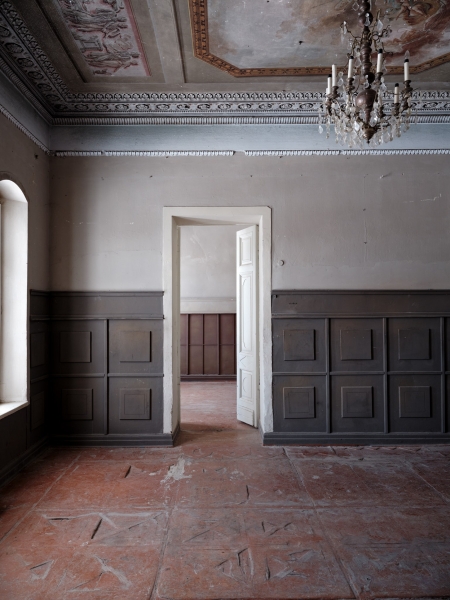 And after the war, the children returned here again — the luxurious halls were divided into classes, and the walls were painted with dull oil paint. But the school is called “white” for its invariably white facade. It was closed only in 2007 — as if for restoration, but for more than fourteen years the building has been empty. Therefore, the Moscow artist Ekaterina Rozhkova decided to hold an exhibition “White School” within these walls, placing portraits of children and telling the stories of those who studied there. But most importantly, she wanted to have time to capture this elusive beauty in her memory. 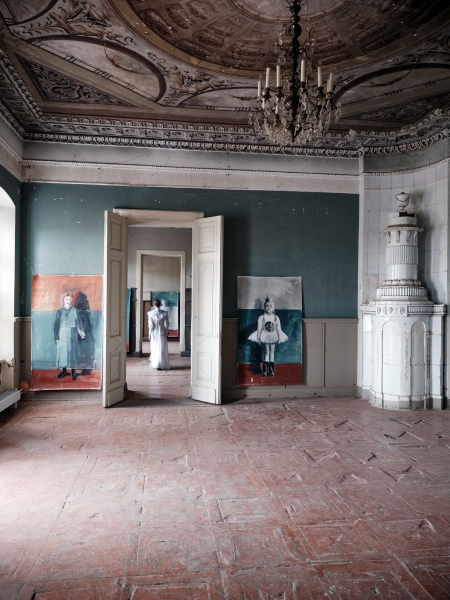 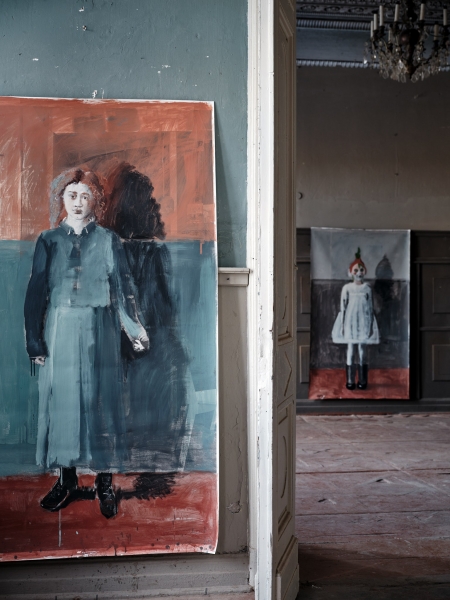 To this day, the manor has preserved the ceiling painting of the end of the XVIII century, untouched by the restorer’s hand and hidden for many years under a layer of paint, elegant stucco friezes of acanthus leaves, as well as tiled stoves. 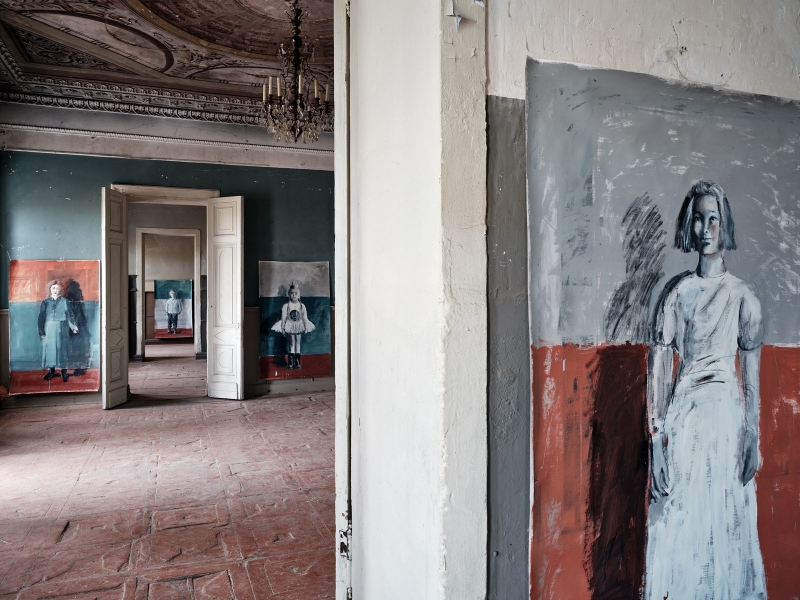 “They gave me a key and said: do what you want,» says artist Ekaterina Rozhkova. — This house was saved thanks to the school, and the idea to show portraits of children as guardians of the departed world came to my mind right away. Real, existing children, with traits and character inherent only to them, and at the same time invented children. At the exhibition, the soundtrack of school life will sound quietly in every hall: whispers, conversations, strict intonations, quiet answers.” 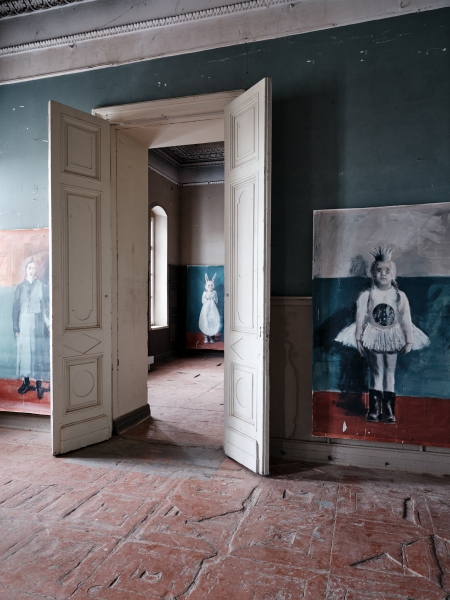 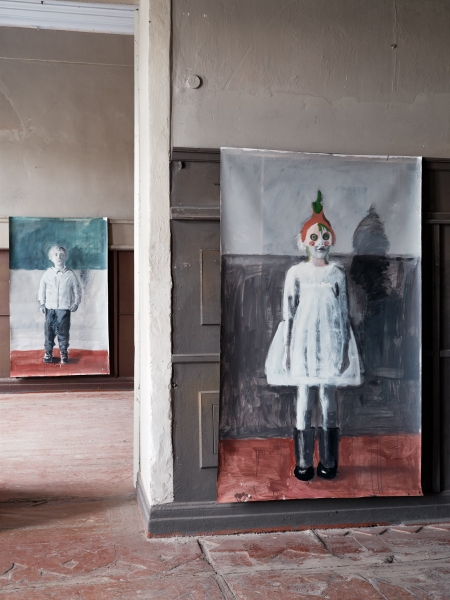 “In all Russian and world fiction, the school appears as a place of humiliation of children by children, children by teachers, a terrible but obligatory part of human life. My story is not so much about that. It’s about the children who are the guardians of history. In this case, one house. In a country where, due to historical circumstances, a living house of the XVIII century is already a miracle,” Ekaterina continues. 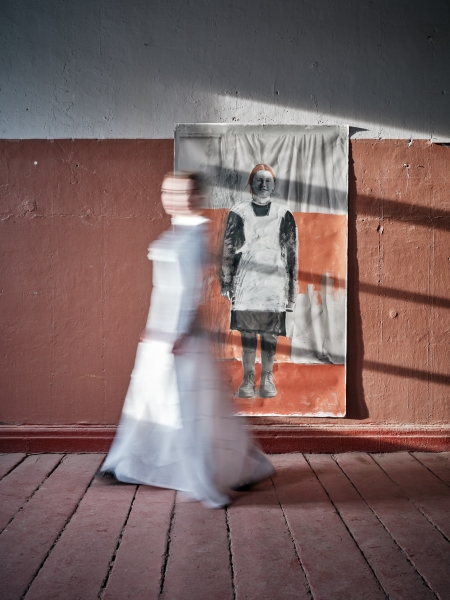 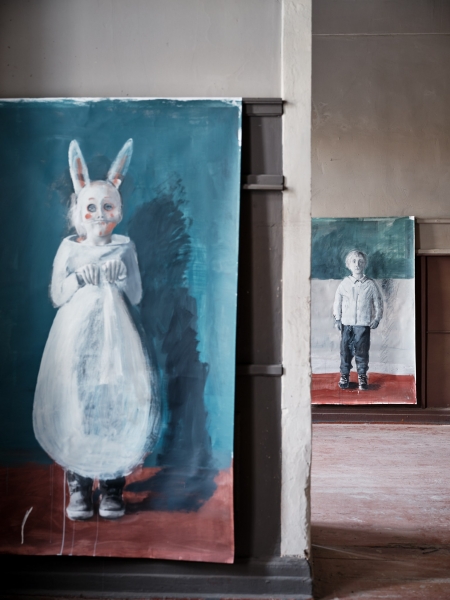 “The children painted by the artist on the walls of the “white school” are spared from harassment, insults, ridicule and their future destinies. They are present here as ideal representatives of childhood, shadows of the past that each of us has.”

The exhibition will be held in Shchepochkin’s house in the village of Polotnyany Zavod from May 22 to September 15. 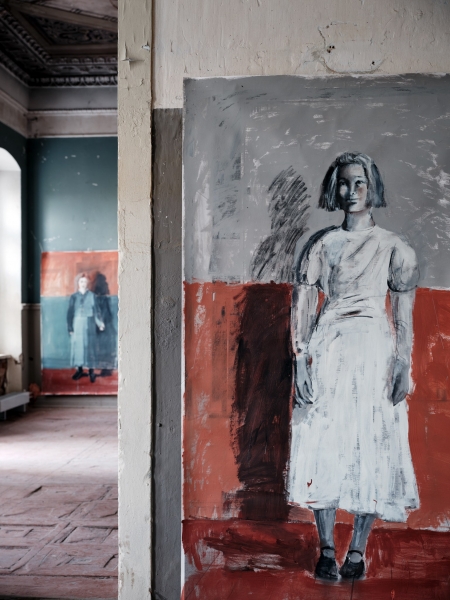