The Canadian firm Michael Green Architecture, specializing in the construction of glued beams, designed several buildings for the College of Forestry in Oregon. 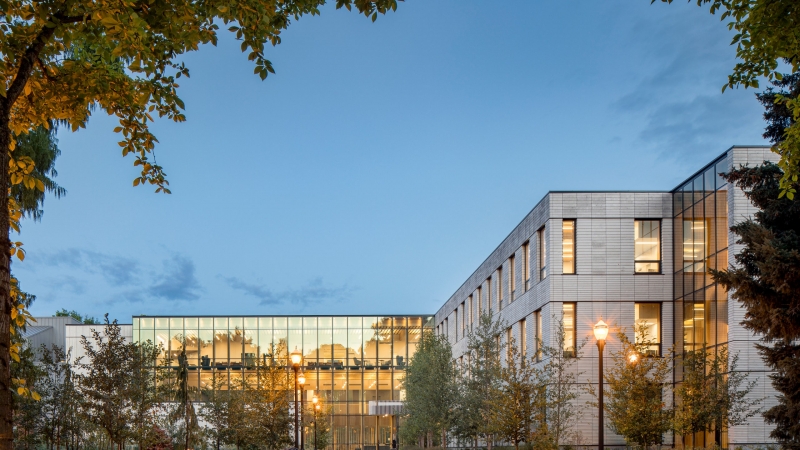 Michael Green Architecture architects worked with the State Forestry College, part of the University of Oregon. Their task was to build two new buildings on the territory: one for educational and research facilities, and the second for a laboratory where students could test wood products. 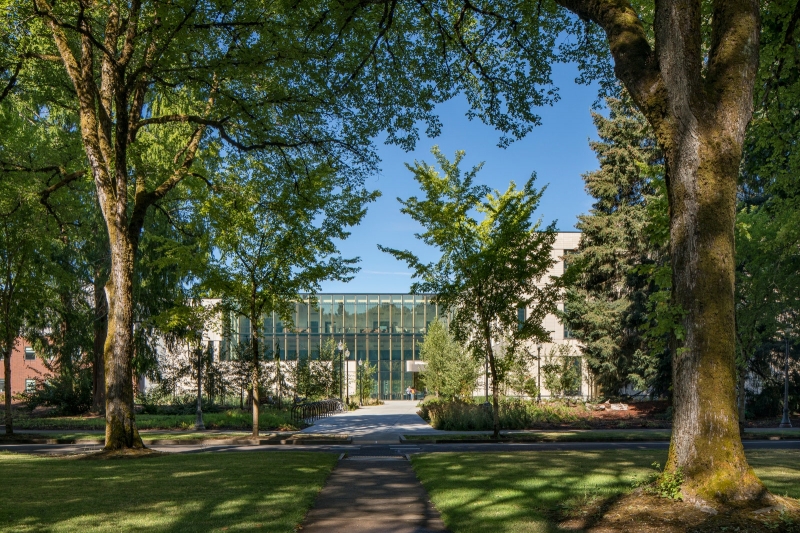 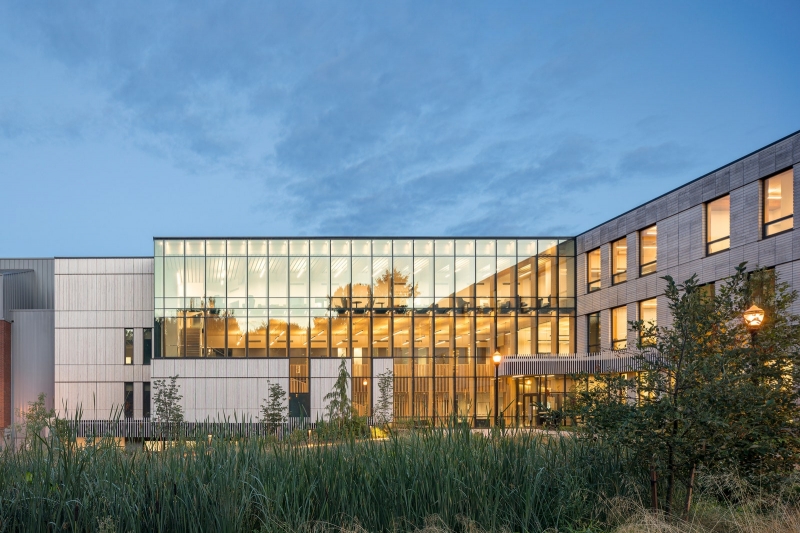 This office was not chosen by chance: Michael Green Architecture specializes in working with wood, so the construction of buildings for the Forestry College was entrusted to him. 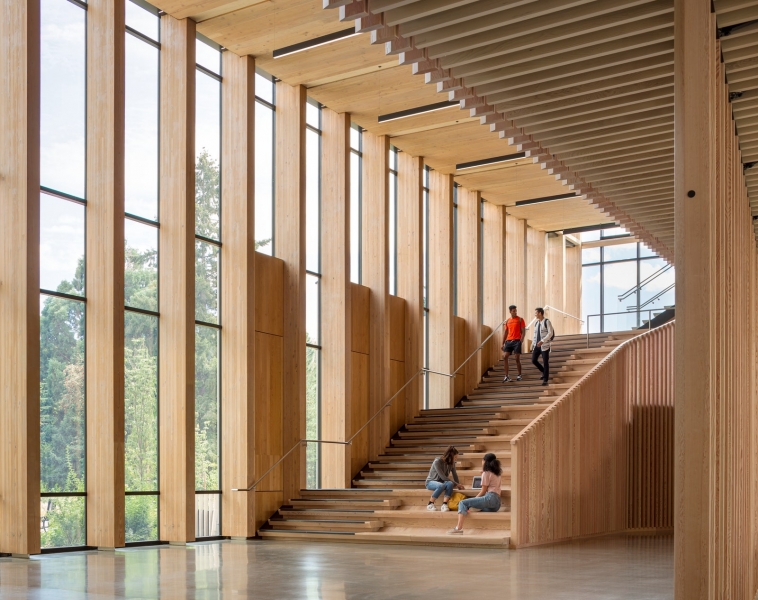 A large building — Peavy Hall — is made of various wooden structures: slabs and ceilings are made of cross-glued wood, columns and beams are made of glued timber. And the roof is built of solid massive plywood panels. 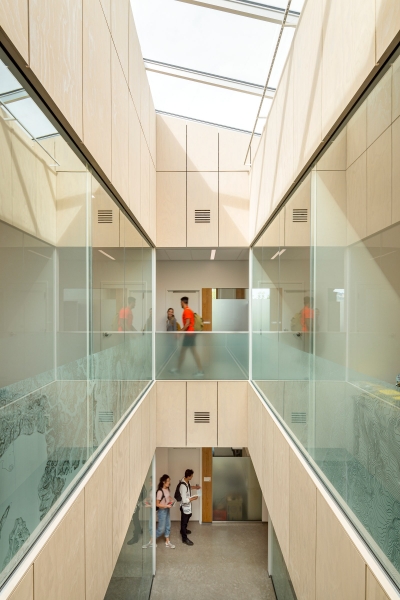 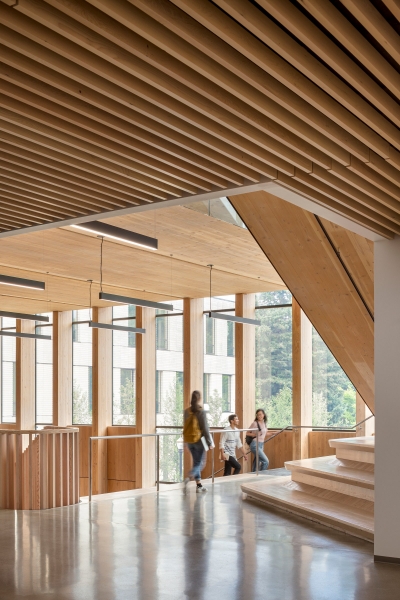 The architects lined the facade with local red alder wood, which had previously been modified using an acetylation process, making the material more resistant to rotting. 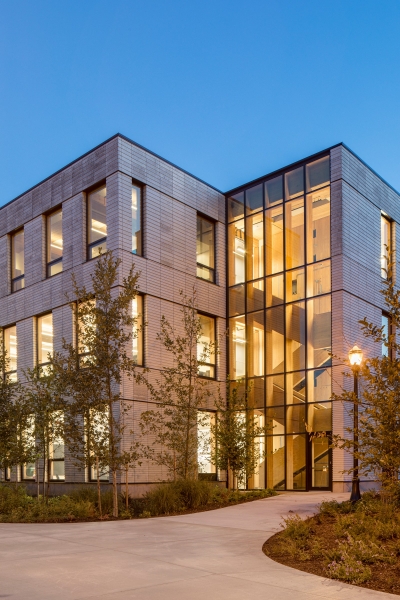 In this center there is a double-height atrium with tall wooden columns that create the feeling of being in the forest. In addition, the space is connected to an arboretum with a carefully selected collection of plants. 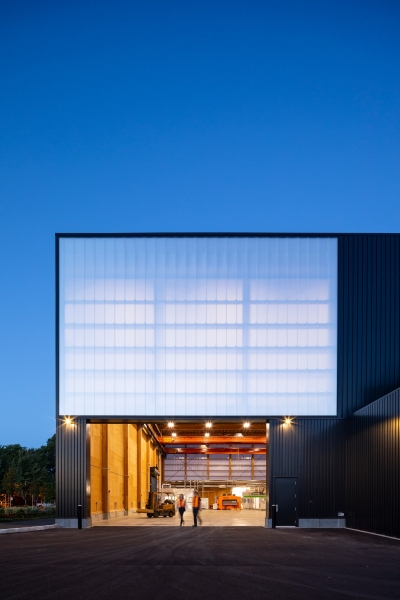 The building also has several advanced features, including a “swinging wall system”, which is the first of its kind in North America. It is designed to withstand earthquakes with minimal damage to the center. Peavy Hall is monitored around the clock by systems that monitor the operation of the wooden structure: sensors collect data on movement and humidity levels. 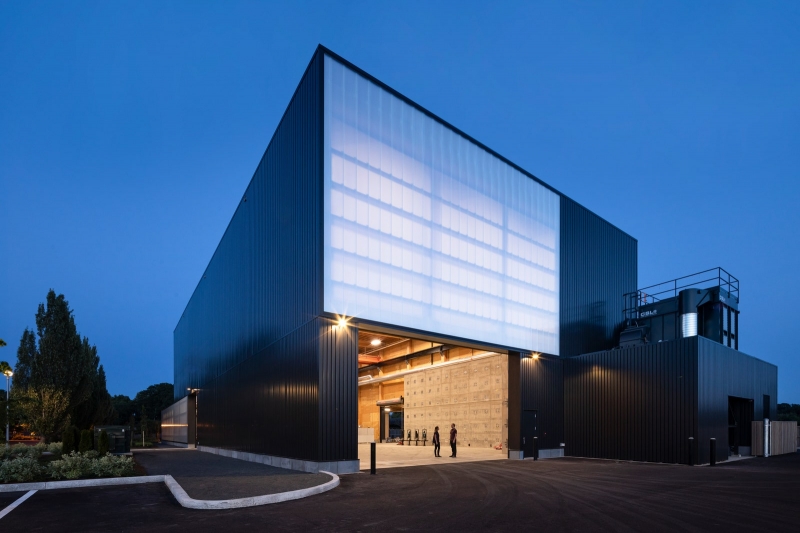 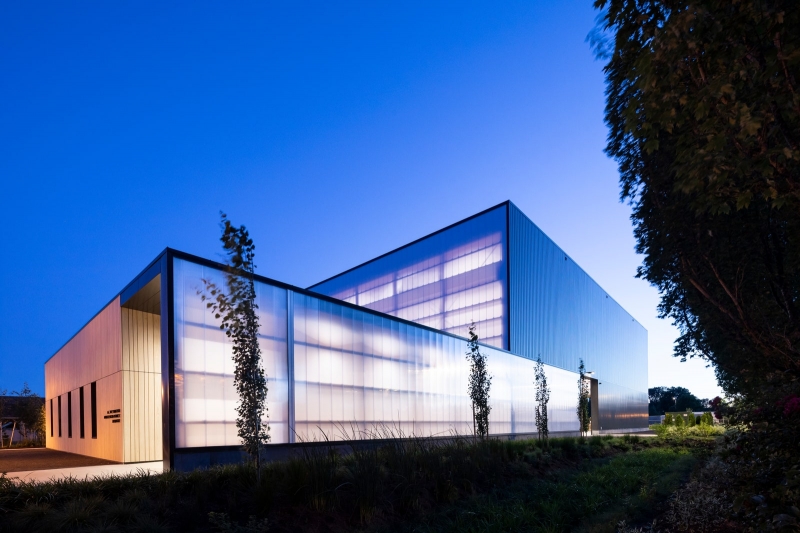 Educational, research and public spaces are located in this building. The architects tried to create an environment that promotes cooperation between students. 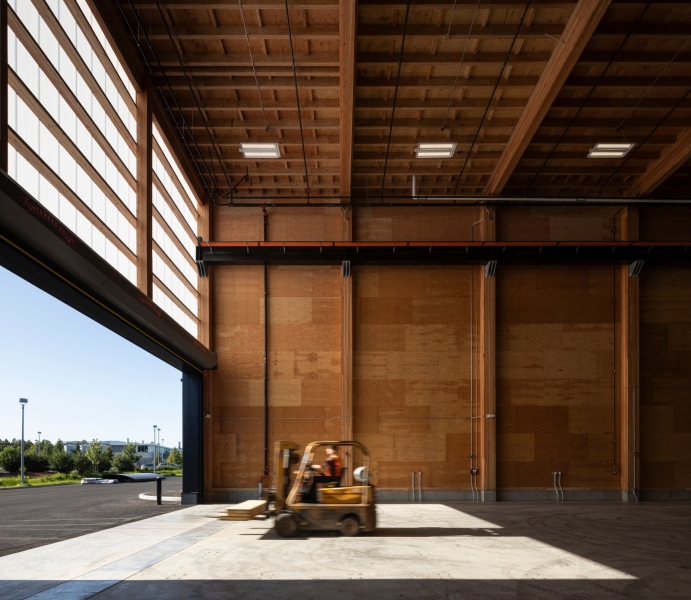 The second building, slightly smaller in size, is a two-minute walk from Peavy Hall and is designed for testing wood products. The laboratory is made of translucent panels and wooden beams that form a frame. 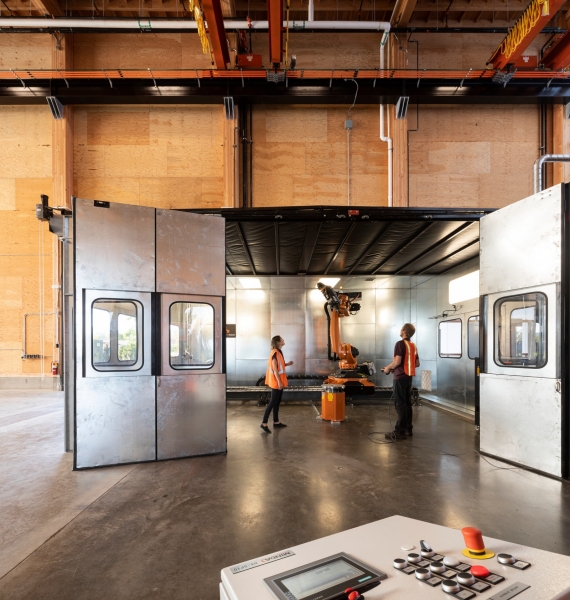 The production shop is equipped with robotics and production equipment. And the second hall is designed for structural studies and has a particularly strong floor that can withstand structures up to three floors high. 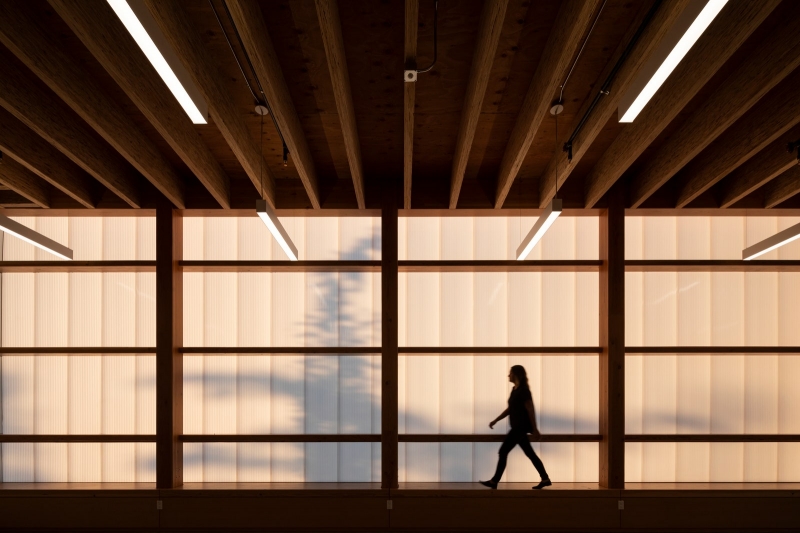