The German studio Tchoban Voss Architekten has built a building in St. Petersburg with a sculptural facade made of Korten steel. 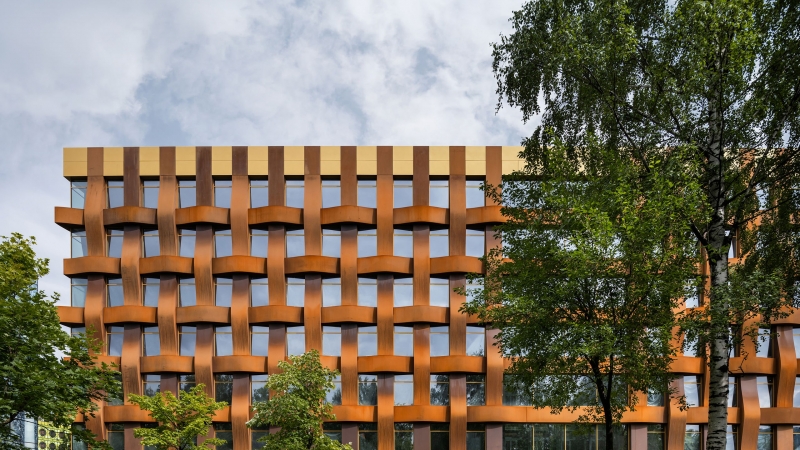 The Ferrum 1 office building is located on the historical site of the Rossiya factory in the Polyustrovo district of St. Petersburg. Even earlier, at the end of the XVIII century, Prince Bezborodko’s palace was built here, in the middle of the park, designed by the Italian architect Giacomo Quarenghi. For many years, this country house has been the center of public life. 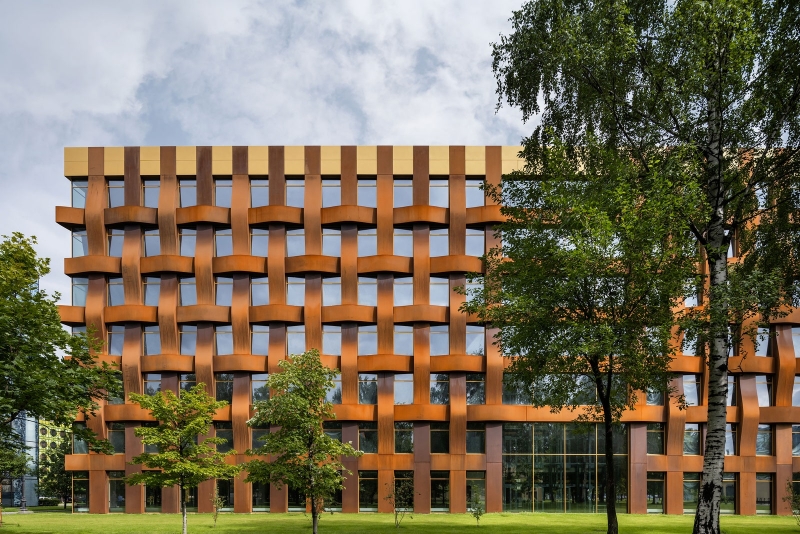 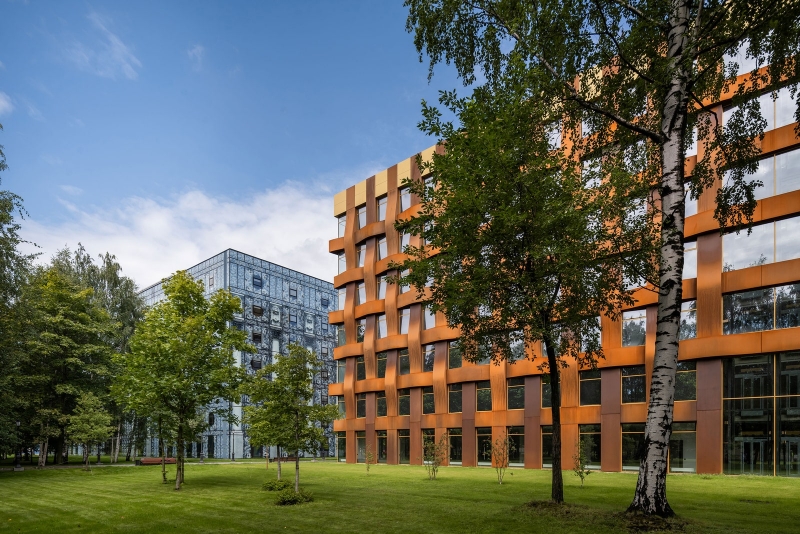 In 1911, during industrialization, the machine-building plant “Russia” was built, which occupied most of the territory for factory premises, warehouses and administrative buildings. Many years ago, the factory closed, and for more than ten years there has been a large-scale reconstruction under the leadership of the development company Teorema. 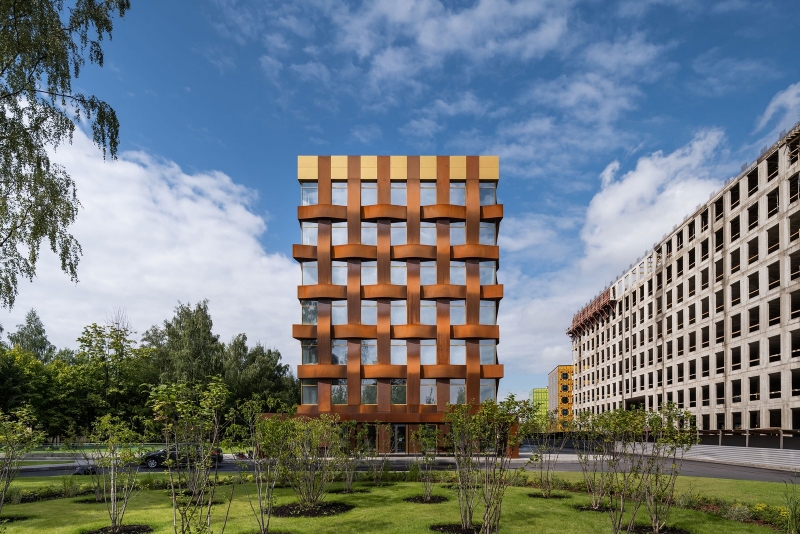 As part of it, the Tchoban Voss Architekten bureau has already built a multifunctional commercial house Benois, an office complex Seasons-Ensemble and a residential complex «Five Stars». Now there is a new office building Ferrum 1 with a facade made of Corten steel. By the way, an identical Ferrum 2 is already being built nearby. 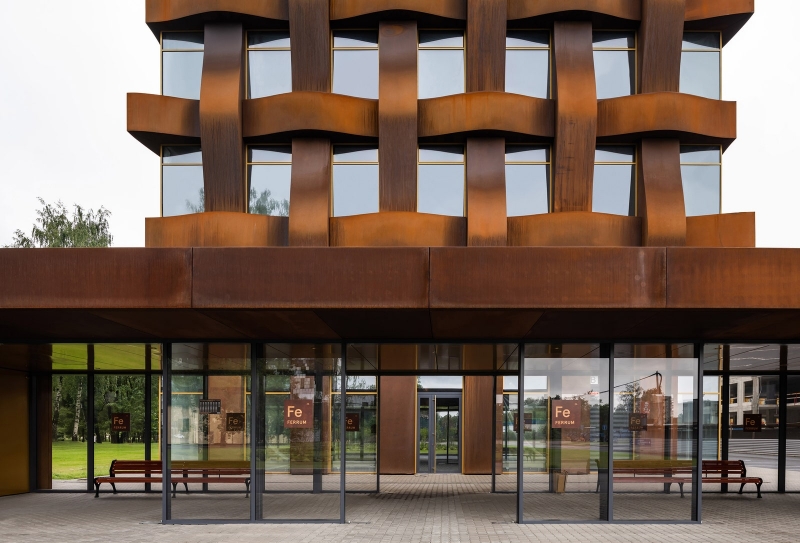 According to the bureau, this is one of the first buildings in Russia built with a sculptural facade made of corten steel. This material is resistant to corrosion and has a bright, expressive appearance. The name of the business center translates as “iron” and is a reference to the material of the facade and to the industrial history of this place. 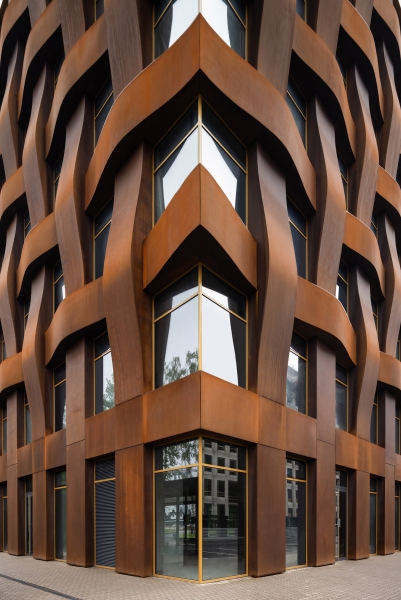 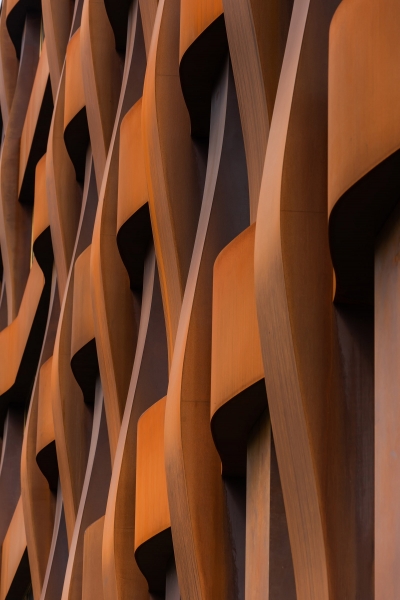 The sculptural facade creates the illusion of weaving. A grid of steel lines surrounds the glass building on four sides. “Rust on the outside, gold on the inside,” says the bureau. So, the top of the structure is wrapped with a strip of golden panels that echo the decoration of the lobby. 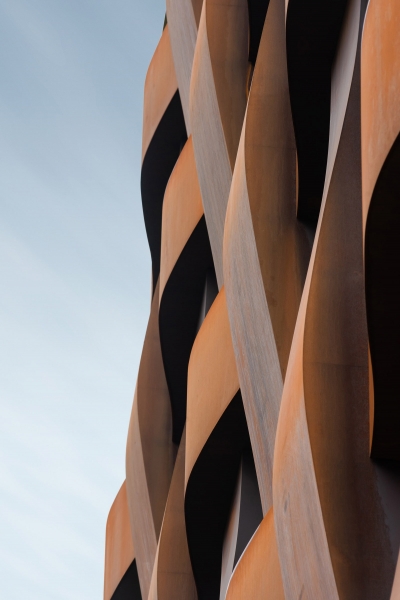 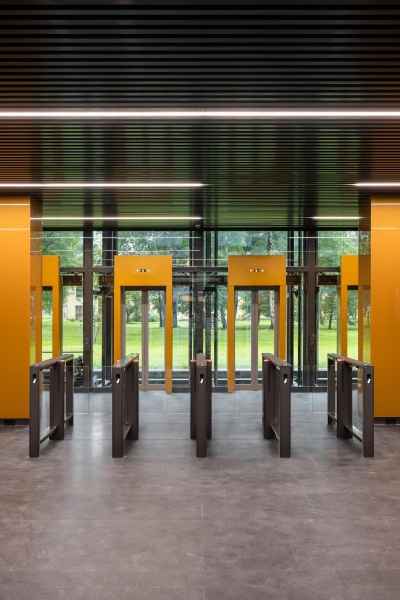 In Bloomington, a building was built according to the lost project of Ludwig Mies van der Rohe