The Colectivo C733 design association has erected a shopping center in the north of Mexico, which was inspired by the old Mexico City market, built in 1688. 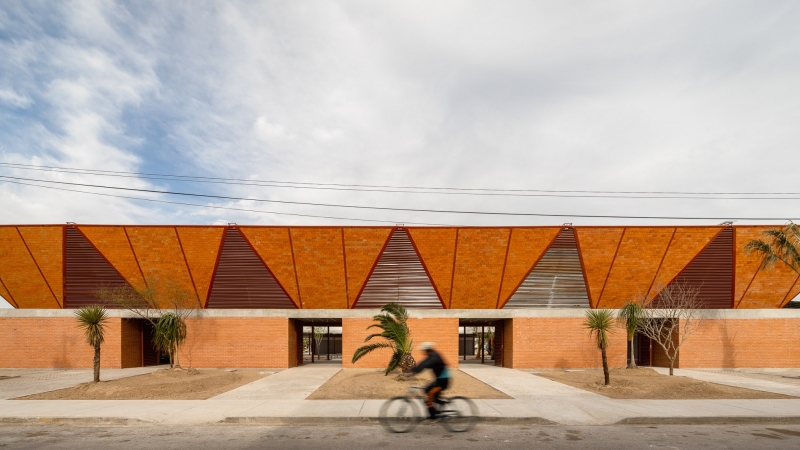 A group of designers known as Colectivo C733 has completed the construction of a shopping center in the small town of Matamoros. Its design is inspired by the old El Parian market and designed with a very hot climate in mind. 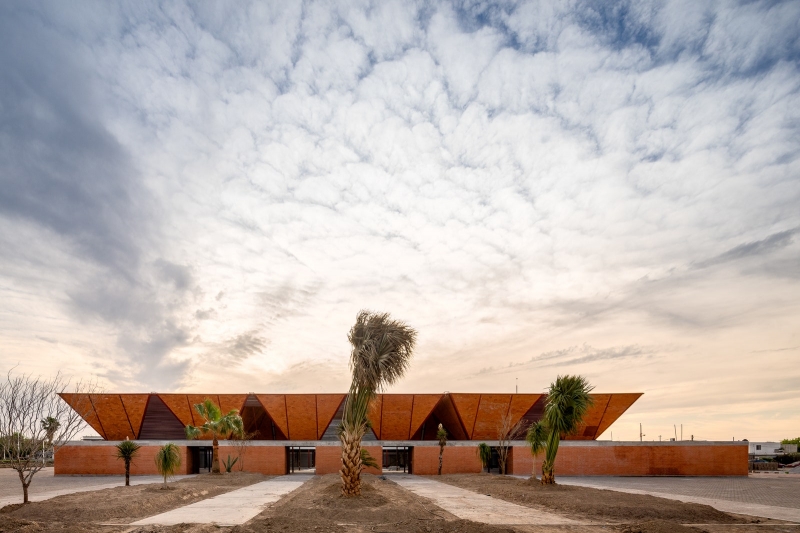 The walls of the structure are made of red brick, which helps protect retail spaces from sunlight, and there are special openings in the roof that allow hot air to escape. Such solutions are especially relevant for an area where the temperature can exceed 38 °C. 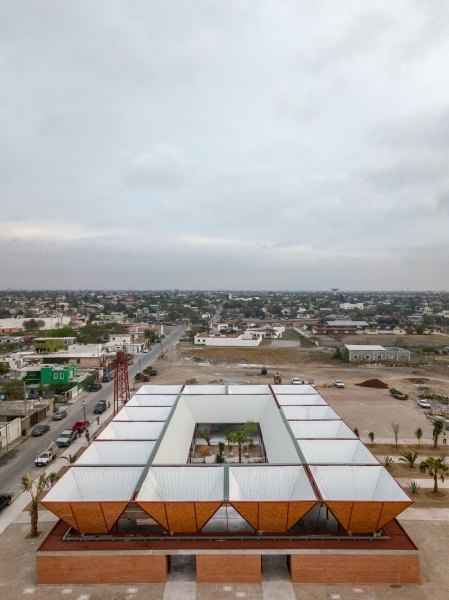 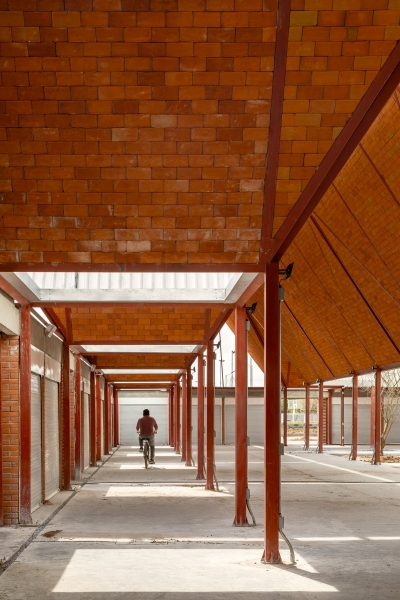 The rectangular shopping center consists of corridors and rows of kiosks organized around a central courtyard. The building is located off the street to make way for gardens and playgrounds to be used by locals for outdoor gatherings. 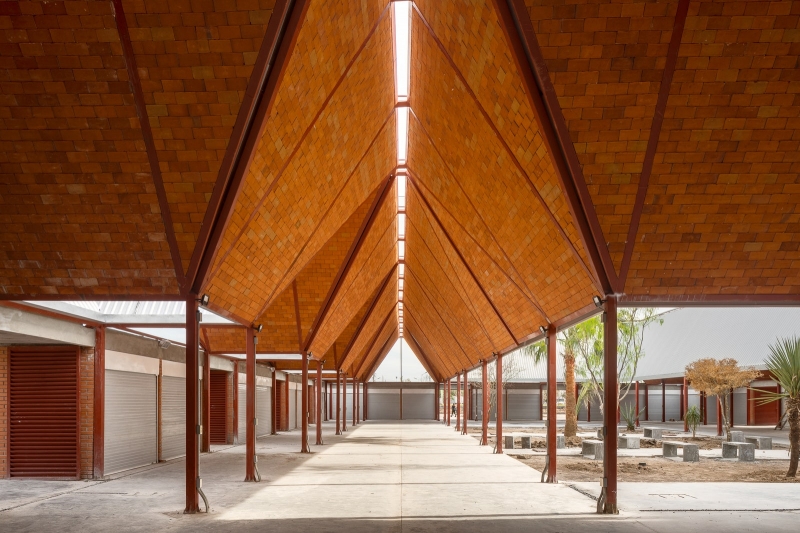 The roof consists of inverted trapezoidal modules, which designers call “umbrellas». They consist of two materials: the inner layer is finished with brick, and the outer one, facing the sky, is wrapped with galvanized sheets. They reflect the sun’s rays and allow you to collect rainwater. 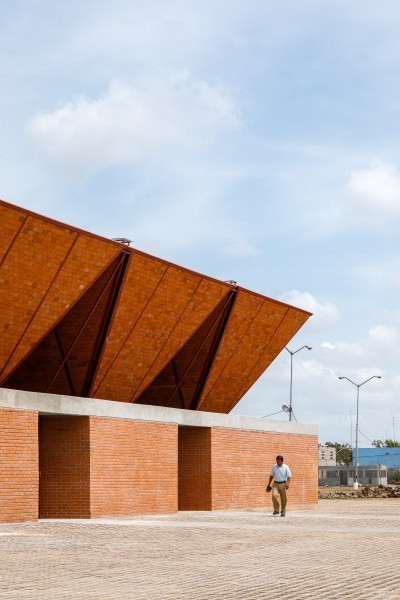 In addition, the entire system is designed to withstand hurricanes and floods. Under the modules are orange-colored columns, which are located at a distance of several meters from each other and form a stable structure. 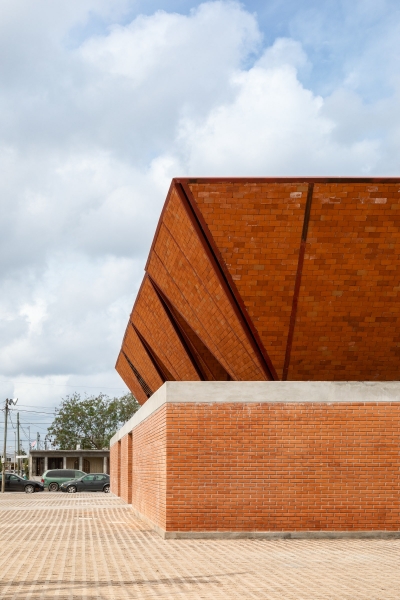 The shopping center project was chosen through a competition initiated by the Minister of Urban and Territorial Development of the country and organized by the Faculty of Architecture of the National Autonomous University of Mexico, where several members of Colectivo C733 teach. The objective of the competition was to develop public infrastructure for vulnerable areas of the northern border of Mexico. 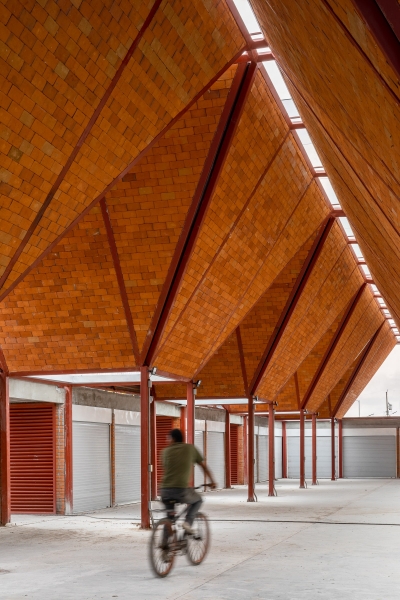