In 2021, Italy celebrates the 700th anniversary of the death of Dante Alighieri, its most famous poet, the author of the Divine Comedy, who is called the father of the modern Italian language. In honor of this, in the “last refuge of the poet”, the city of Ravenna, where he was exiled from his beloved Florence, a cycle of expositions “Dante. Eyes and mind.” 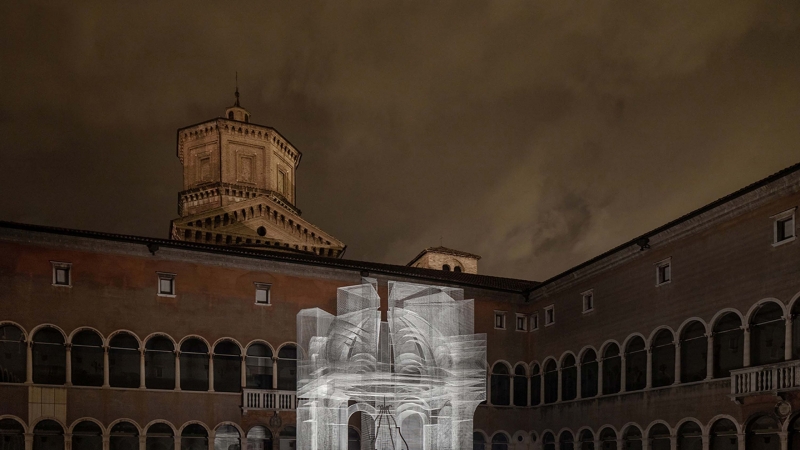 As part of this cycle, the installation Sacral by the sculptor and master of “weightless architecture” is exhibited Edoardo Tresoldi. The work was chosen by Georgia Salerno, curator of the contemporary art section of the exhibition, to figuratively represent Noble Castle, the “Noble Castle” described by Dante in the fourth canto, which is a symbolic place inhabited by the souls of those who left honor and glory behind them on earth. The Sacral installation is installed in the cloister courtyard of the city Art Museum, which is located in a monastery of the XVI century. 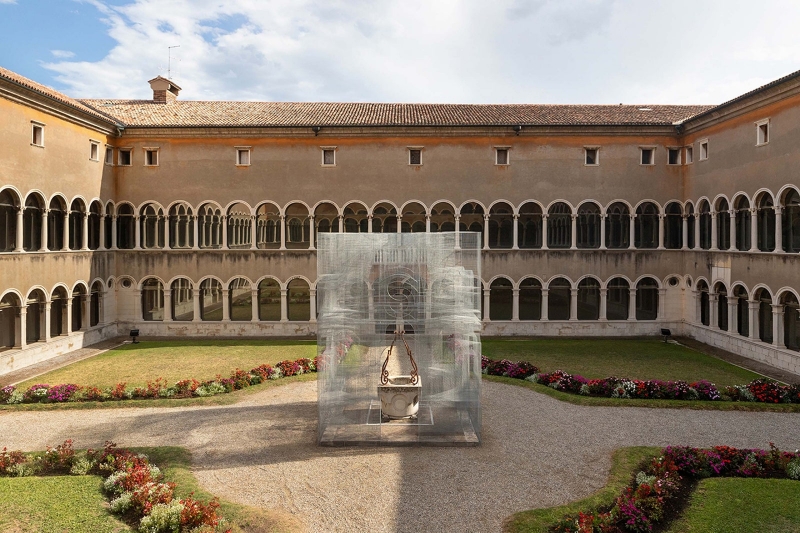 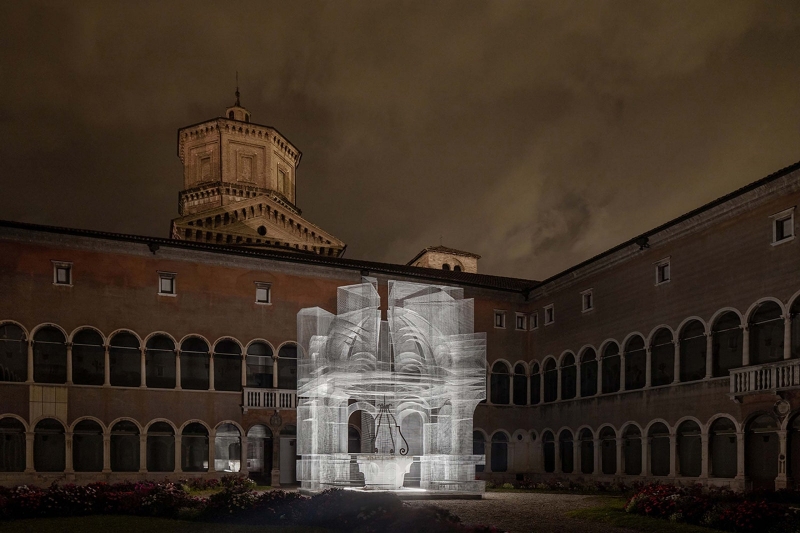 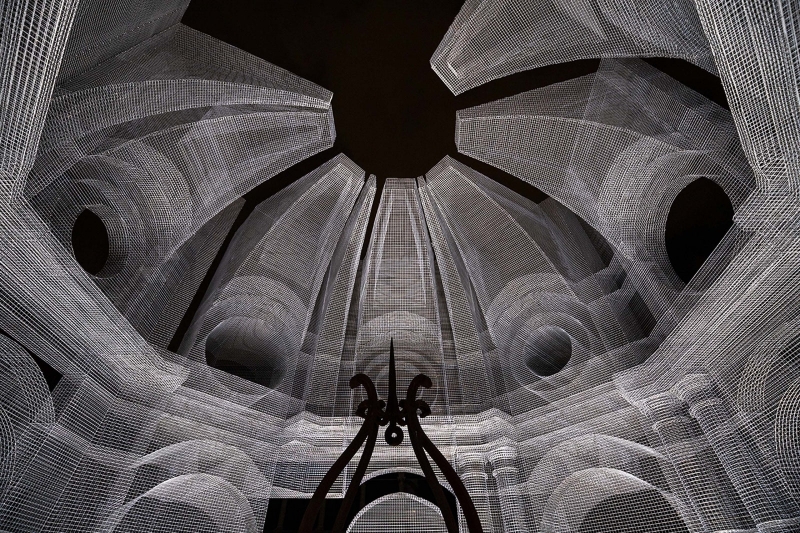 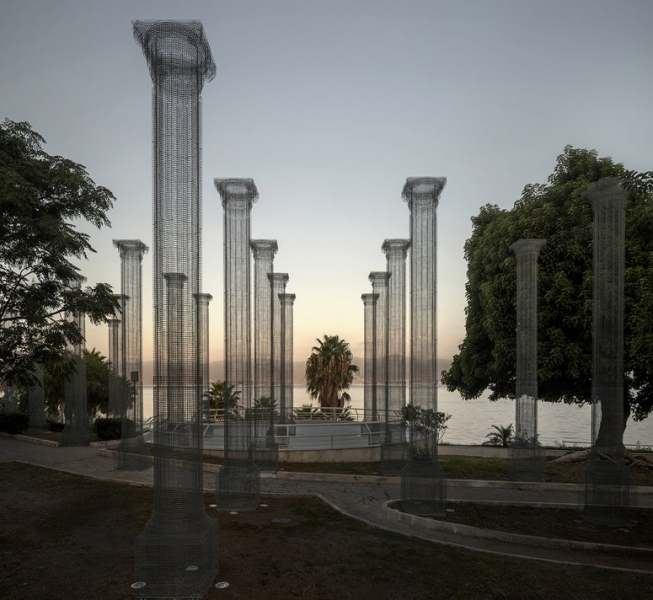 Tresoldi’s technique, which creates translucent, as if dissolving images, is perfectly suited for the image of a semi-mystical “Noble Castle», which has neither a clear appearance nor a link to the era. Nevertheless, in the light ephemeral openwork, classical “archetypal” forms are read, according to Edoardo: a dome, arcades and lunettes, elegantly echoing the architecture of the cloister. The installation will stand in the courtyard of the museum from September 1, 2021 to January 9, 2022. 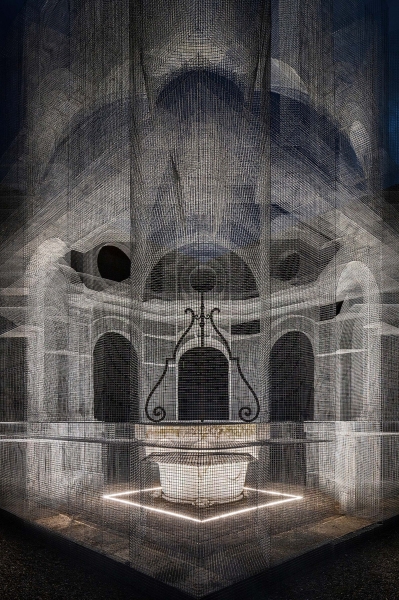 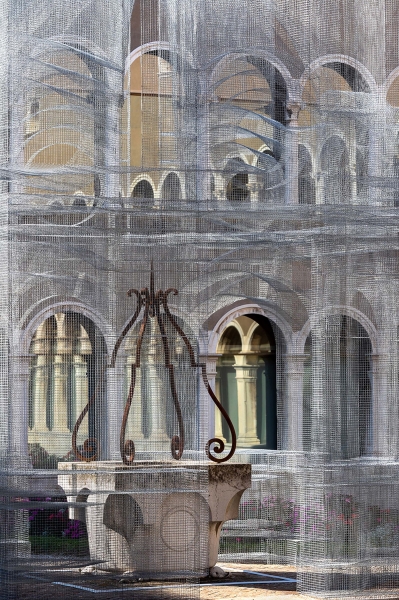 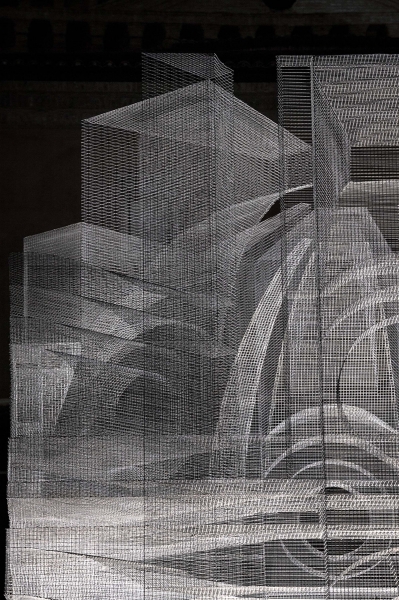 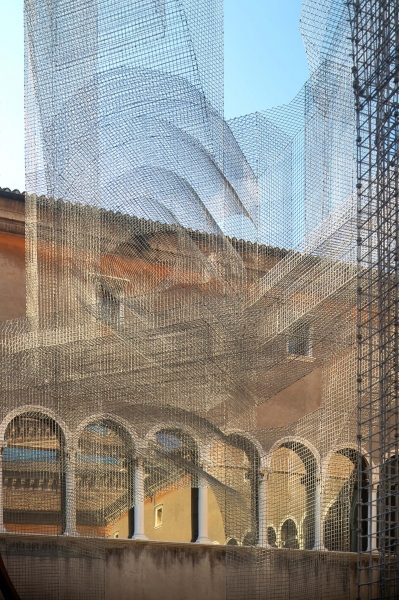 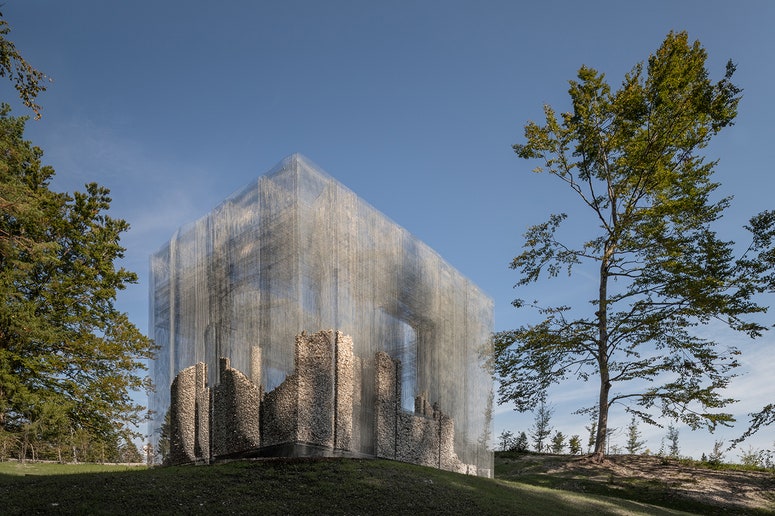 Club hotel on the lake in China